UPDF Participates In The Uganda Water And Environment Week 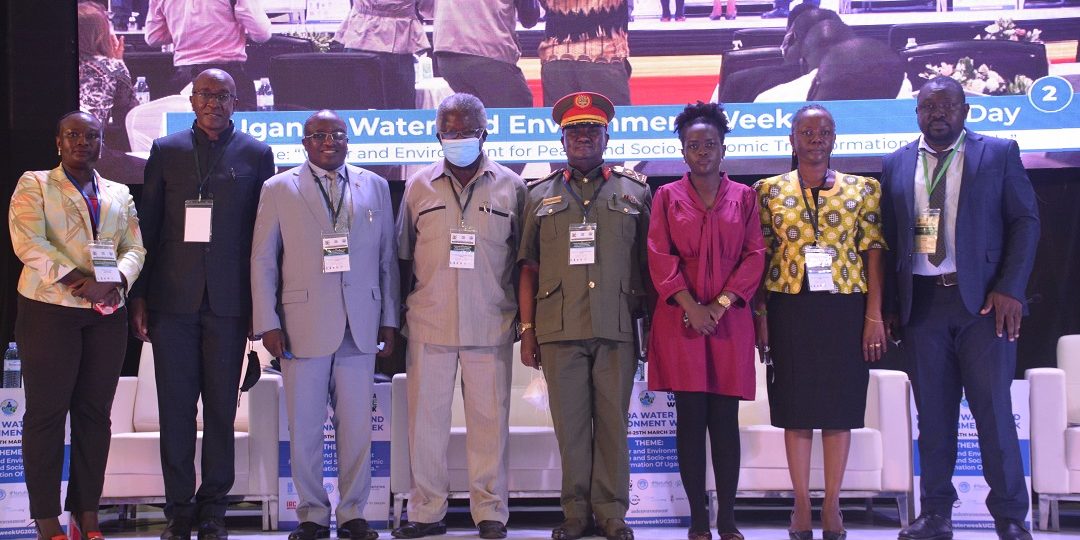 The Uganda Peoples’ Defence Forces (UPDF) together with sector actors and other stakeholders is involved in a week-long event that provides an interface for knowledge exchange and dialogue on pertinent water and environment resources.

Speaking on behalf of UPDF, the Defence Spokesperson Brig Gen Felix Kulayigye highlighted the importance of jointly addressing measures aimed at the protection of water and environment resources in order to avoid conflict or war.

He said the existence of conflict as communities fight for water and environmental resources, leads to instability, and therefore no development.

“If you want peace, prepare for war since there maybe some resistance as you enforce environment protection measures,” said the Defence Spokesperson.

He therefore urged stakeholders at the dialogue to participate in defence cooperation, support capacity building mechanisms for the forces through training, and enable processes aimed at the acquisition of modern equipment for the army to fight environment encroachers.

Mr. Paul Onapa, who represented the Permanent Secretary of the Ministry of Gender, Labour and Community Development Mr. Aggrey Kibenge, called for the expansion of opportunities to reduce man’s negative activities on the environment. He said the provision of alternative sources of income generation like fish farming, apiary, poultry and piggery, among others; can divert communities from encroaching on swamps.

The Executive Chairman Kiira Motors, Professor Sandy Stevens Tickohori Togbao noted that future wars could stem from the competition to utilize particular water and environment resources, giving the example of the need to properly manage the Nile River to avoid conflict between countries where it passes.

Ms Jane Sembuche from Water Aid Uganda, noted that availability of water leads to economic stability as communities that were initially trekking long distances in search for water for domestic use or animal consumption now engage in more income generating activities.

Earlier, on 20th March 2022, the Vice President of Uganda Her Excellence Maj (Rtd) Jessica Alupo noted that government is committed to having safe water per village and pledged to support all efforts to save the environment.