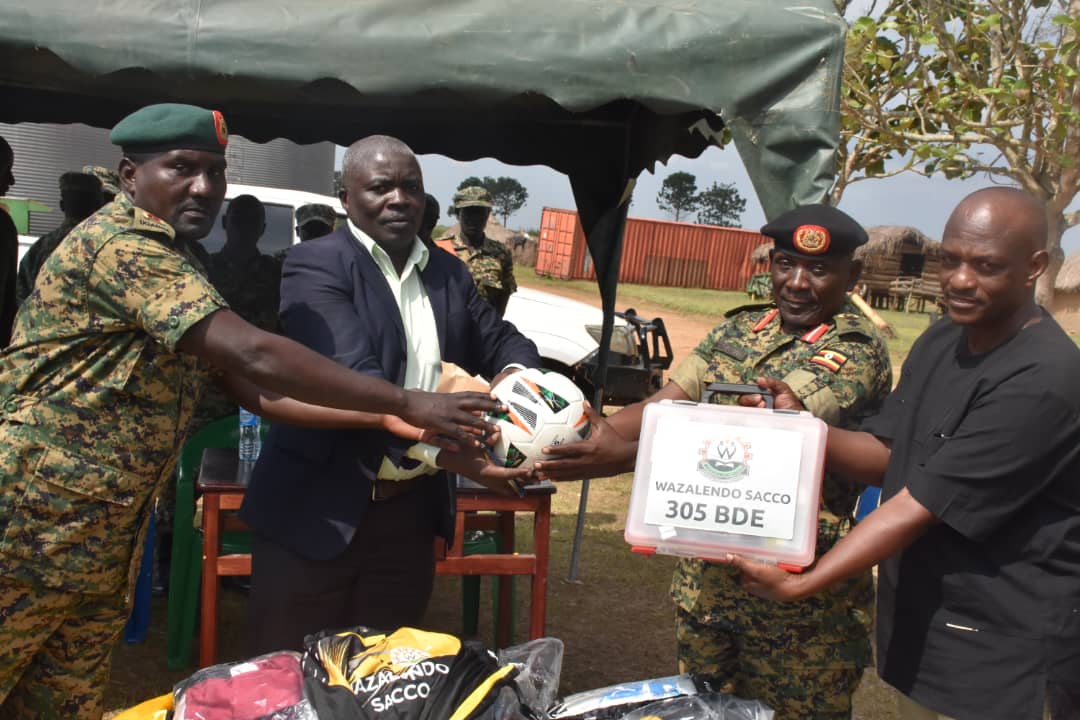 Wazalendo Savings and Credit Cooperative Society has visited its members at 305 BDE HQs Sangobay to extend member education on how to conveniently access the services and utilize credit facilities.

During the same visit, WSACCO fulfilled a pledge that was made during BOD and Management mobilizations early this year to support the 305 brigade with sports gear. 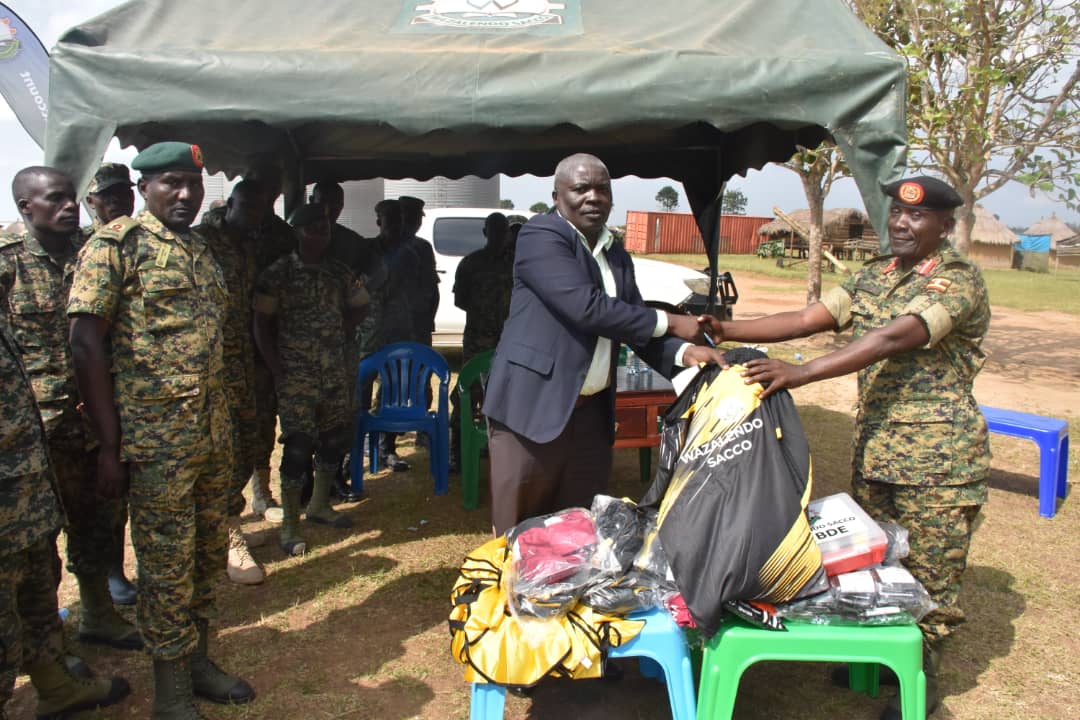 Mr. Atalyeba said that the donation was made under WSACCO’s Corporate Social Responsibility function. He noted that the BOD took a decision to support 305 brigade as a way of encouraging its members to keep fit and healthy so that they are able to dedicate their time to serve the country contribute to the continued growth of WSACCO.

He also noted that field activities such as sports are important in promoting discipline and cohesion among the members.

He appreciated the Brigade leadership for mentoring of the forces which has helped them be good members of the SACCO by supporting its continued growth. 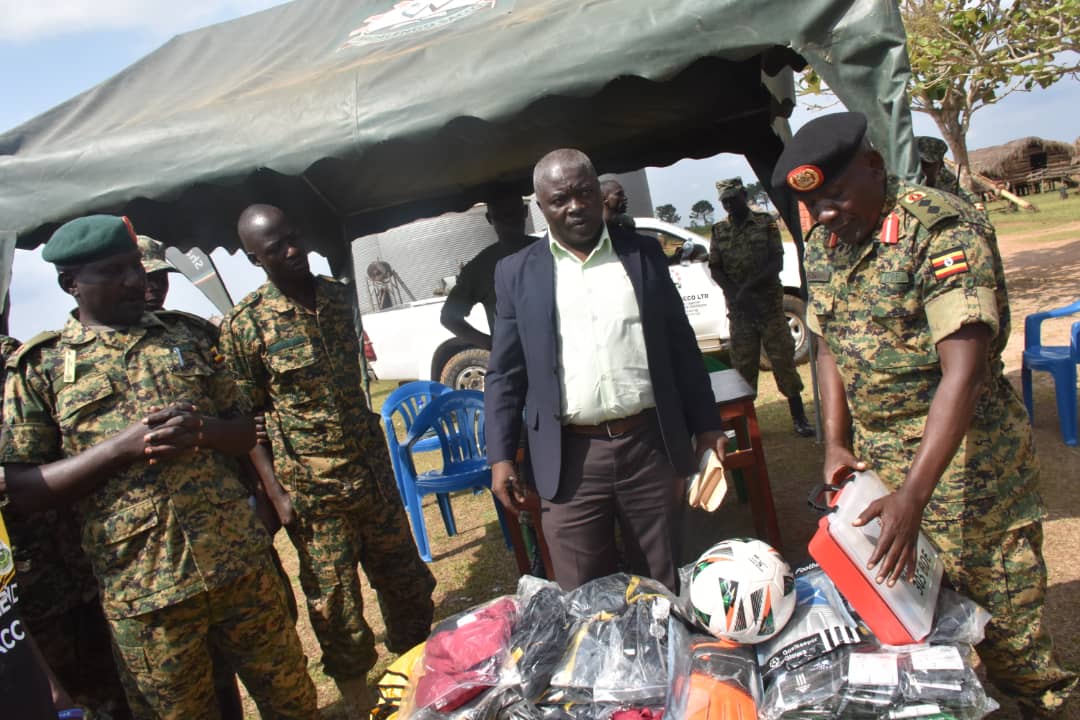 He asked the team maintain the force discipline which he said, discipline that should be reflected on how they go about their work and in family relations for their personal development. “I encourage you to continue saving utilizing the opportunity of the savings accounts of Business Saving, Retirement. Also embrace the wazamobile platform to enable you to conveniently access the services and minimize on the transport costs of going to distant locations access services”. Mr Atalyeba noted. 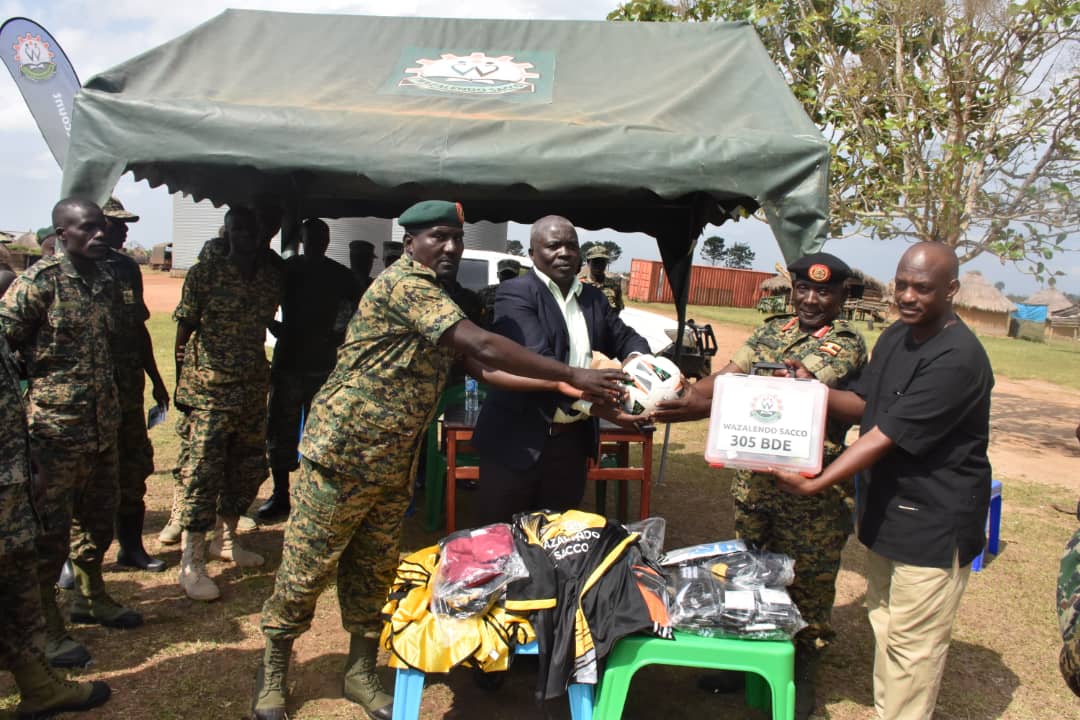 The Brigade commander 305 Brigade Col Henry Bosco Oworinawe applauded WSACCO for the good leadership and for building an admirable brand. He noted that Wazalendo has financially transformed the lives of soldiers and he encouraged the members to embrace the opportunity of the SACCO best services and products offered.

Col Oworinawe also thanked WSACCO’s leadership for considering distant forces in terms of service delivery and also for not only supporting the soldiers financially but also promoting their health, unity and discipline through sports.

The BOTO 305 Lt Col Richard Ainebyoona appreciated WSACCO for having 305 at heart as portrayed by the donation made and continuous financial support to the members. ” The team is committed and willing to support WSACCO. we shall continue working together for the betterment of 305 and WSACCO as a whole. I encourage the team to guard the items jealously and perform as expected”. Ainebyona emphasized.

305 is an infantry brigade composed of 13 Battalion, 15 Battalion and 17 Battalion and is located in Kyotera District at the Mutukula border. 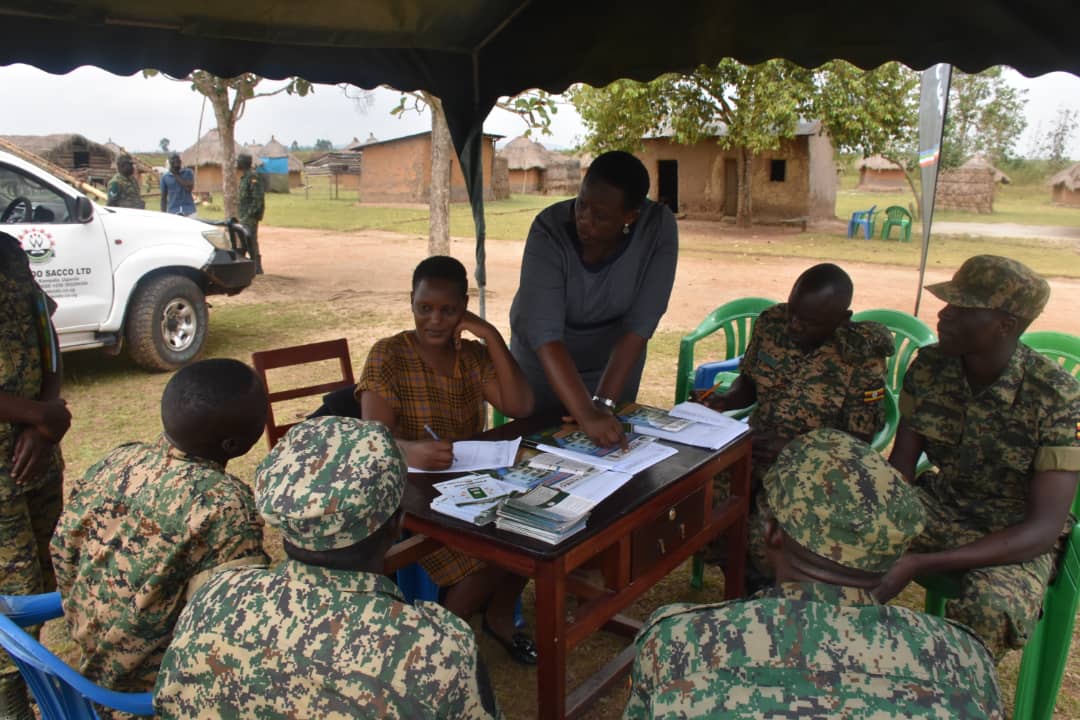 In attendance also was the Brigade Admin Officer (BAO) Maj Godfrey Kazibwe, other offices and men.