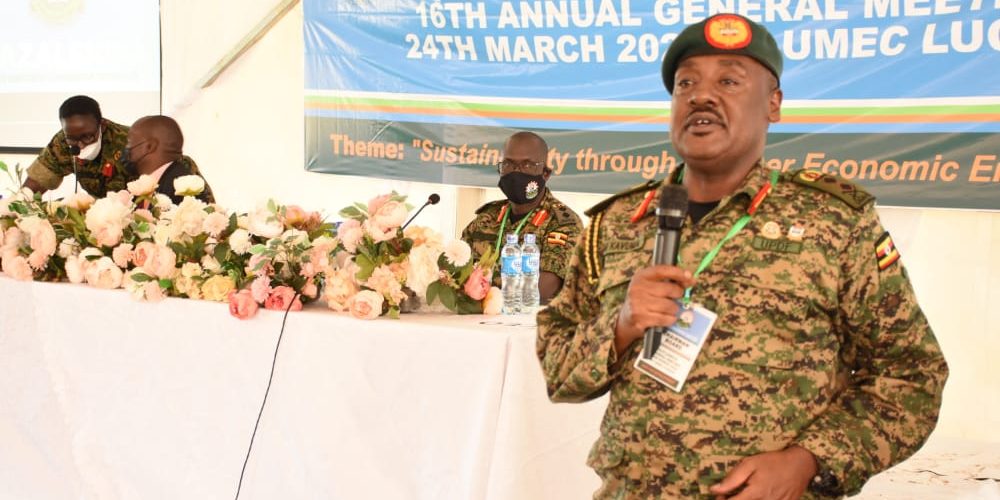 Wazalendo SACCO has announced the biggest growth amidst the covid 19 constraints.

This was revealed by the Chairman Board of Directors Maj Gen Sam Kavuma during the SACCO’s 16th Annual General Meeting (AGM) held at the Uganda Military Engineering College (UMEC) in LUGAZI Buikwe District. The AGM was held under the theme:  “Sustainability through Member Economic Empowerment”. 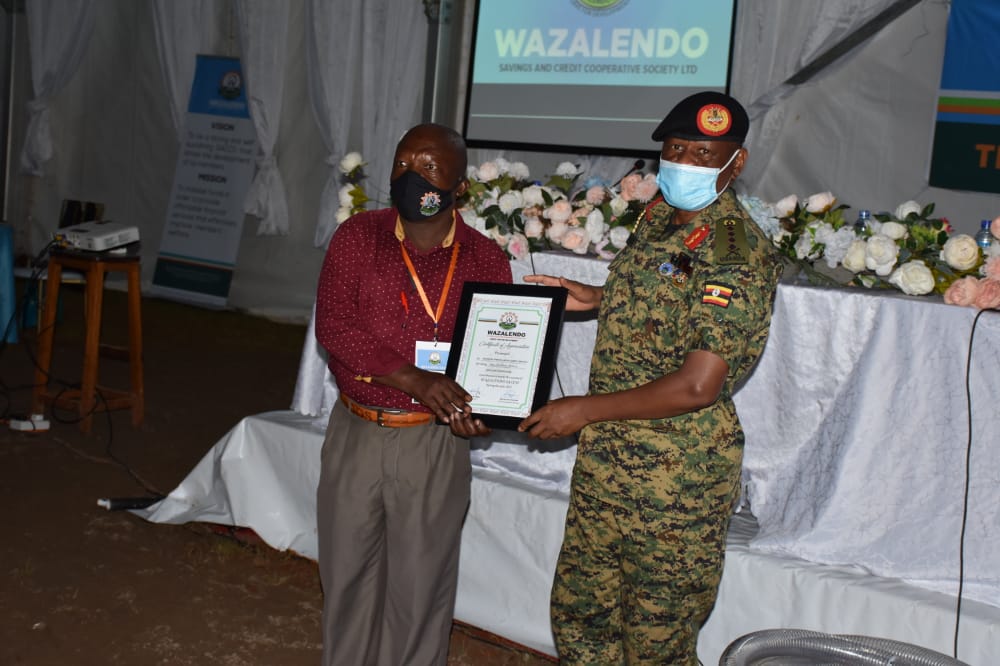 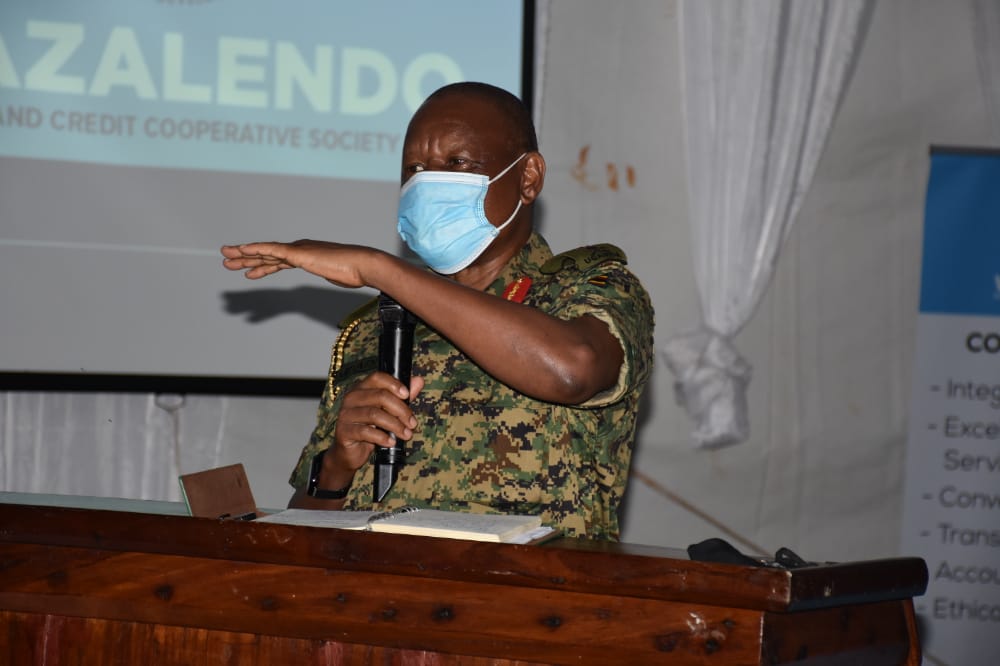 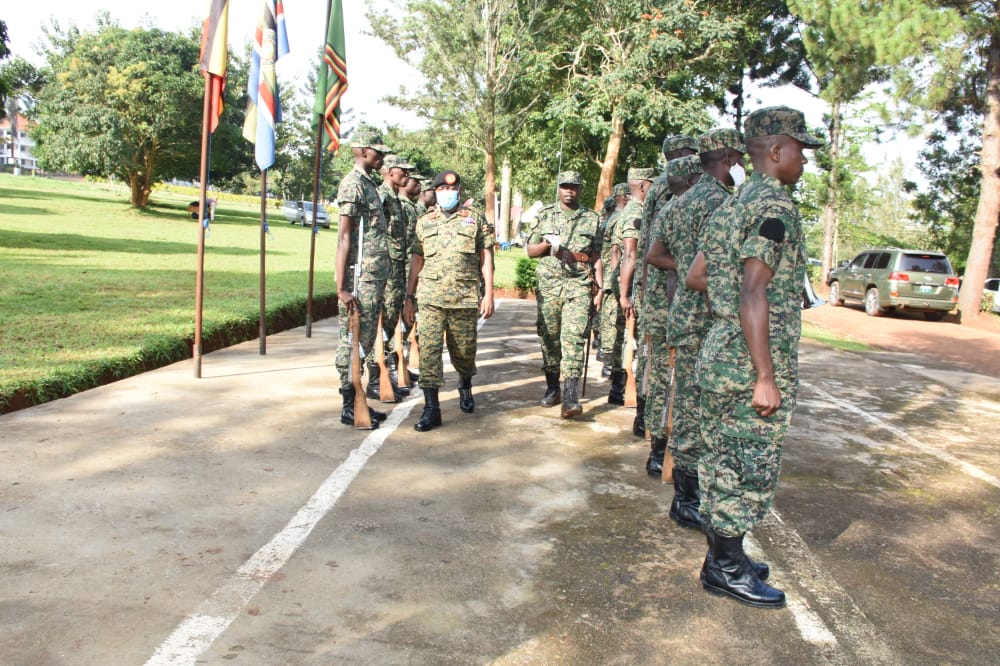 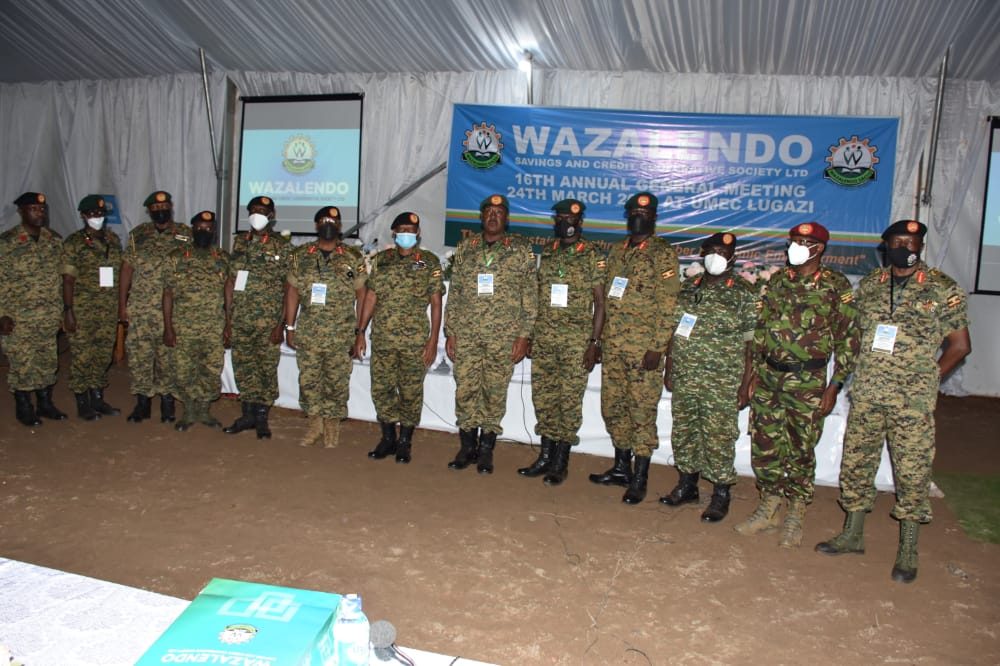 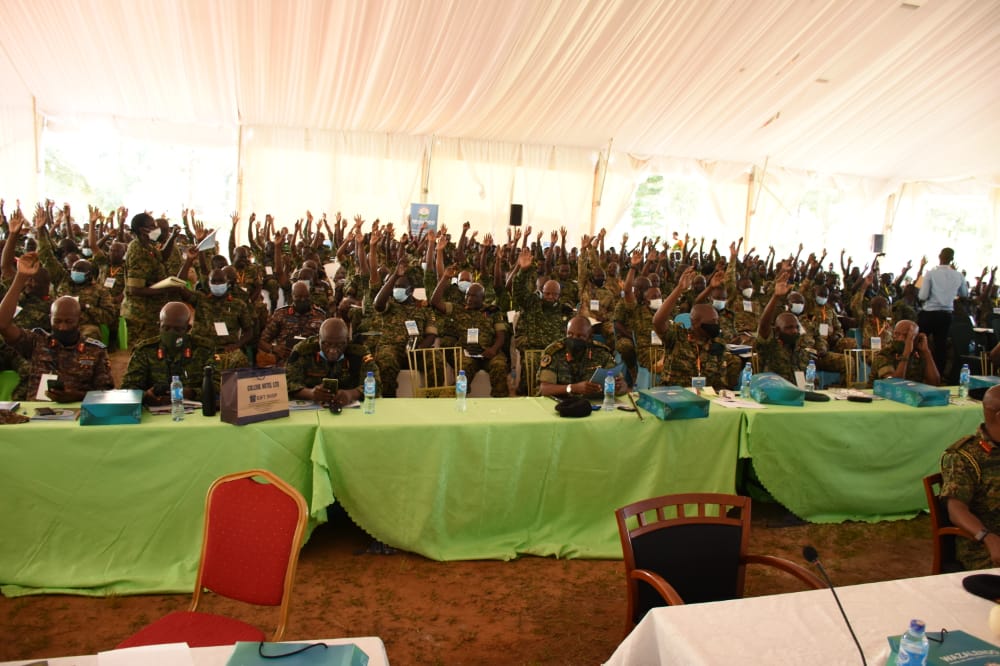 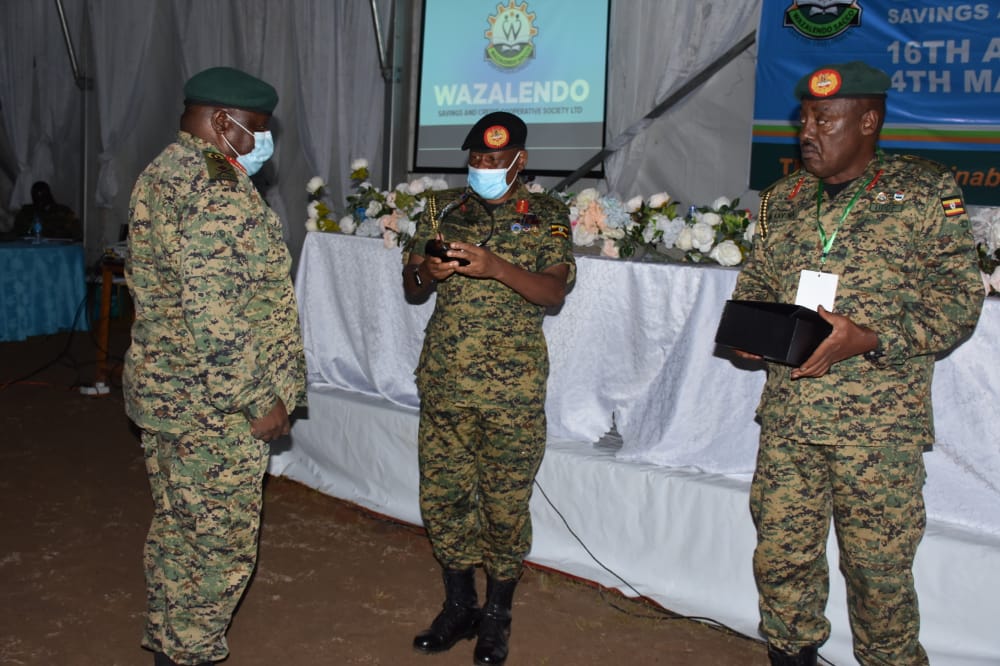 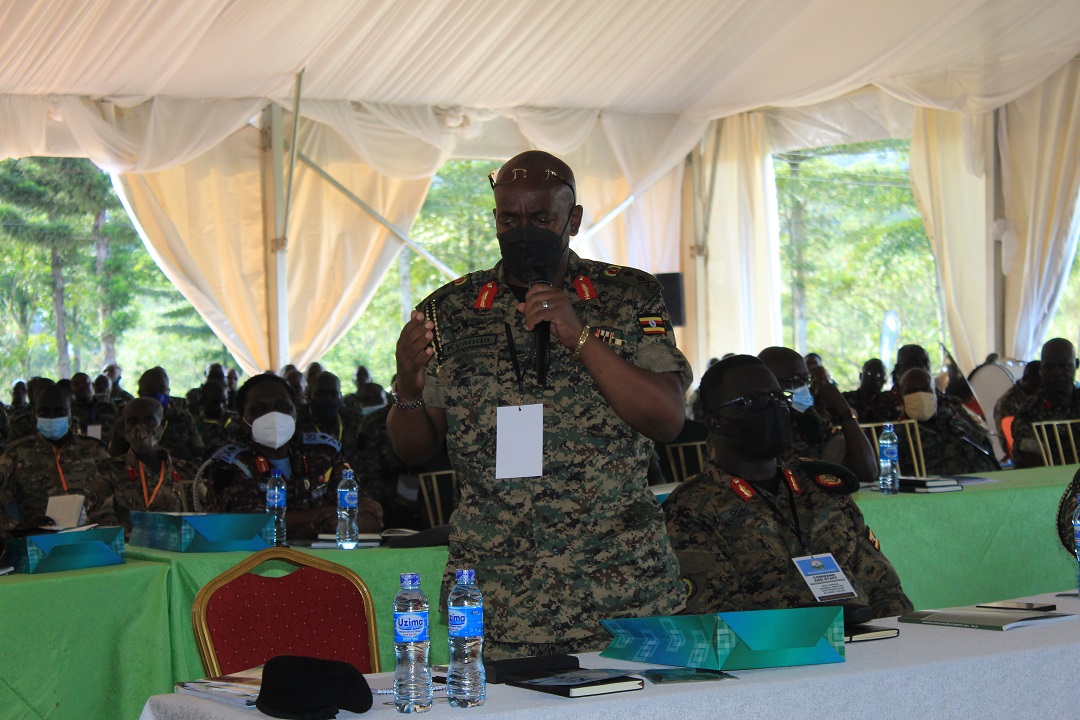 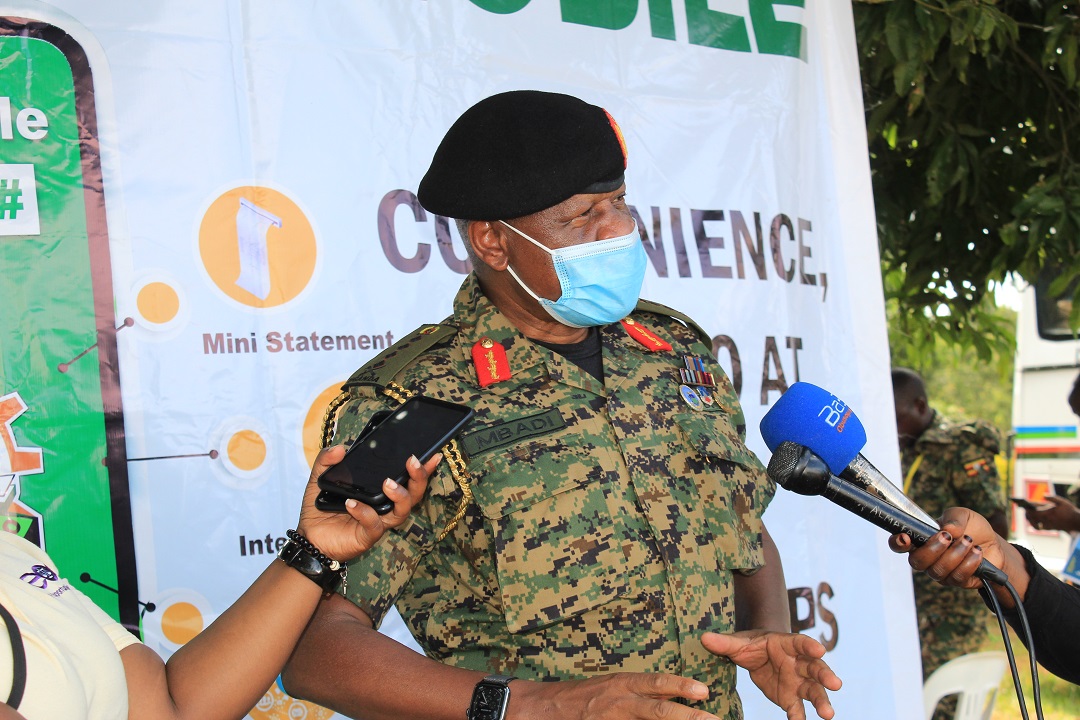 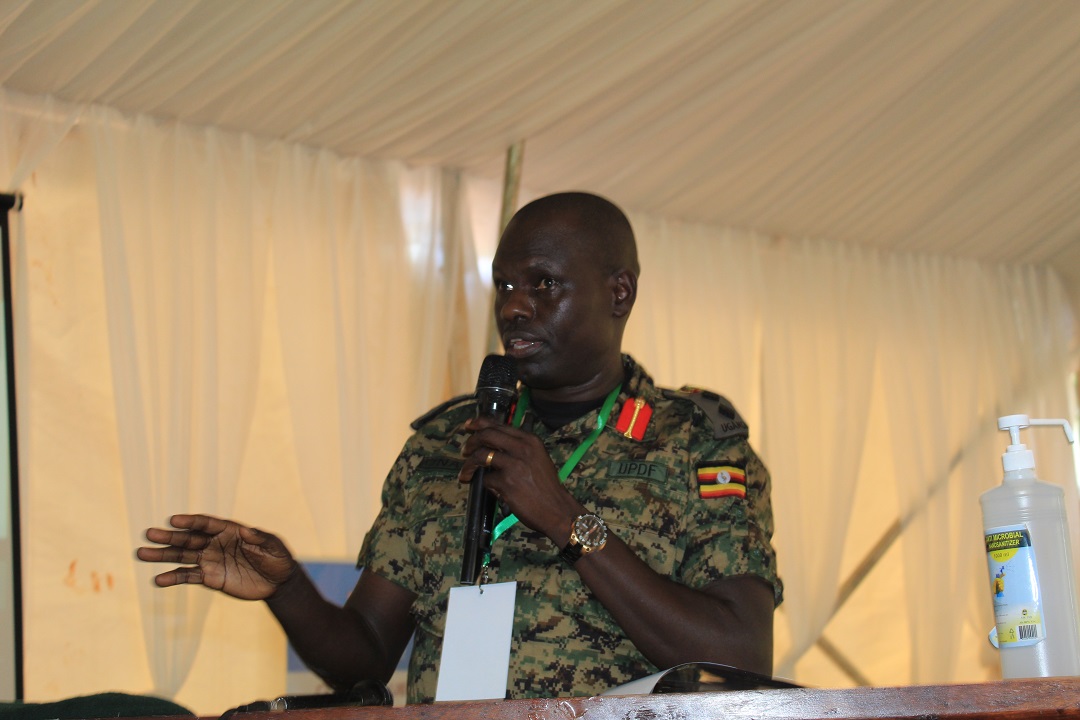 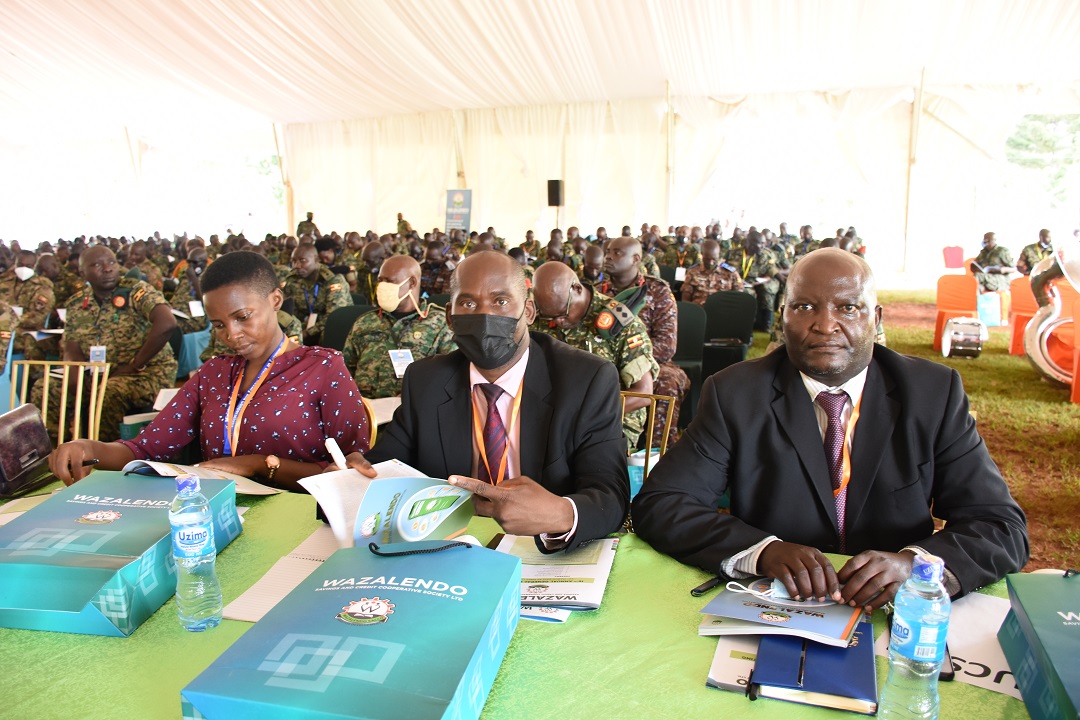 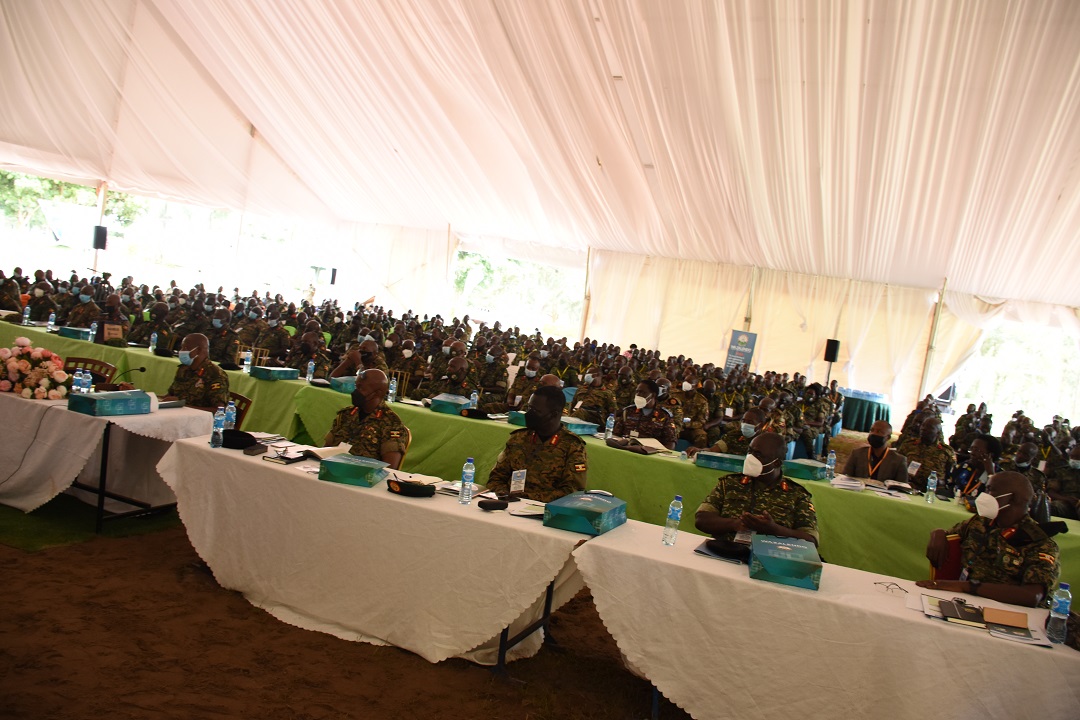 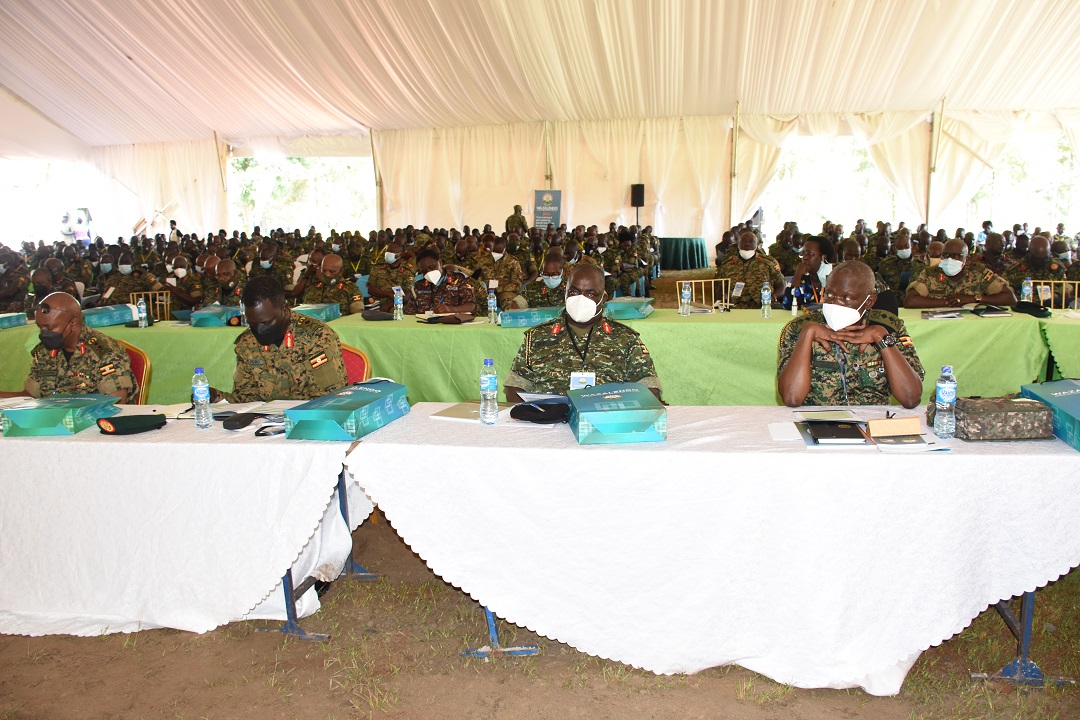 The Chief of Defence Forces Gen Wilson Mbasu Mbadi commended the good job done by Wazalendo team that has given Wazalendo the first position in the sector of Cooperatives in Uganda and sixth in Africa. Gen Mbadi however, emphasized that the focus of WSACCO should not be about being the first in the country but being impactful to the individual member.

“There are two things you must focus on as Wazalendo and these are; providing of ‘affordable’ financial services and ‘Improving members welfare. I am confident that the affordable credit services that have been put in place, loans have been given to members to a tune of 1.6Tn but the biggest question is, has the welfare of the soldiers been positively impacted on?” the CDF asked.

Gen Mbadi encouraged the WSACCO BOD and Management to work hard to make the theme of the year 2022 that they had crafted a reality. “You have crafted a good theme and presented a number of deliverables to achieve.  Also good resolutions have been made that shall be translated in actions to help you deliver our mission. I urge you to focus all your efforts to achieving them,” Gen Mbadi added.

He congratulated the BOD and SUPCO elect and thanked the delegates for always making good resolutions, participating in the voting exercise and being knowledgeable about WSACCO which he said without any doubt shall enable the newly elected team perform to the expectations.

In his concluding remarks, the CDF appreciated the Commander in Chief and the Ministry of Defence and Veterans Affairs leadership for the continuous support and putting Wazalendo SACCO issues as a top priority in their planning.

In his presentation, Gen Kavuma said that the year 2021 provided evidence that the WSACCO model is able to withstand economic shocks and even thrive in any challenging economic environment. “This is mainly because our operations are member centric and focused on growth through innovation while maintaining sight on making positive impact to our members, community and the environment” noted Gen Kavuma.

He informed the AGM that in the five-year strategic plan 2022 – 2026, WSACCO plans to continue expanding geographically from five cash branches to atleast 12 branches spread across the country.

“We plan to leverage our partnerships to enhance our digital banking and financial solutions across our diversified member base in order to continue serving our membership conveniently.

Gen Kavuma also highlighted some of the priorities for 2022 that include among others; providing products and services that meet and even surpass member expectations and focusing on digital delivery channels for effectiveness and efficiency.

He thanked the delegates for electing him and the new team and asked the newly elected board members to keep member service at the core of everything that they do. He thanked the CDF and the entire UPDF leadership for offering strategic leadership to WSACCO that has enabled it to remain robust.

The Chief Executive Officer WSACCO Col Joseph Freddy Onata, said that the strength of WSACCO is in its ability to fund its operations internally. He outlined some of achievements for the year 2021 that included acquisition of land in Mbarara and Gulu Cities, opening of three cash branches; Mubende, Entebbe and Kampala where the Kampala and Entebbe are the first to be established outside the barracks.

He also talked about the launch of Waza Mobile, a digital solution that enables WSACCO members to transact using their phones and hence attaining convenience.

Col Onata also informed the AGM that during the year UGX 1.23Bn was paid to 197 families of the deceased members who successfully lodged their claims.

The CEO summarized  the key deliverables of 2022 to include; developing strategies for retaining the membership of retiring UPDF personnel , studying the possibility of partially opening the common bond, engaging Post Bank on digital channels especially Agency banking ,the human resource, construction of one regional office, operationalizing the business arm to enable WSACCO undertake  businesses which the  SACCOs are restricted from engaging in by law, engaging UPDF leadership on channeling all the UPDF salaries through Wazalendo.

The Mr Alex Mpakibi who represented the Registrar of Cooperatives praised WSACCO for having made a record in maintaining standards even when most of the SACCOs were complaining of COVID-19 effects.

Dr Mulumba the engagement partner for Kisaka and Company, WSACCO’s External Auditors also asked Wazalendo BOD and Management to continue working to the standards of maintaining good books of accounts, legal and regulatory compliance and service to members which he said are well articulated in the report for 2021.

During the AGM, WSACCO delegates elected a new Board of Directors (BOD) and Supervisory Committee (SUPCO) as follows: –