The Wazalendo SACCO (WSACCO) Chairman Board of Directors Maj Gen Sam Kavuma urged WSACCO’s Principal Staff Officers (PSOs) under the Chieftaincy of Political Commissariat (CPC) to support efforts to monitor the impact of the credit facilities given to members    across the country. 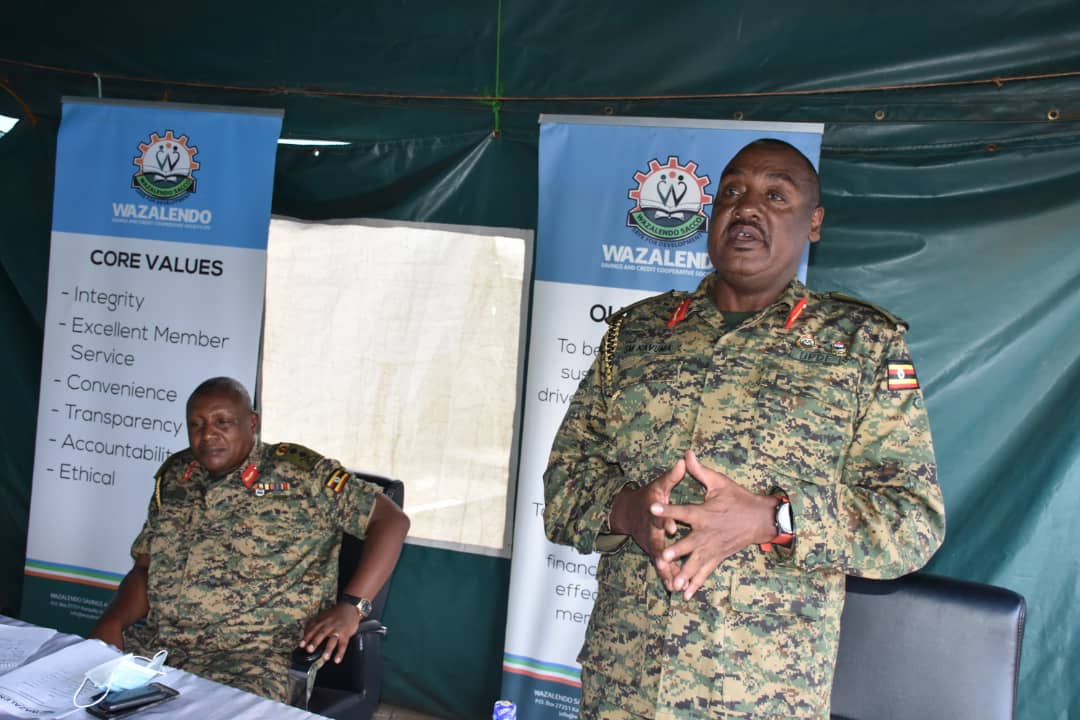 Gen Kavuma made the remarks while handing over seven Motorcycles to the Chief of Political Commissariat Maj Gen Henry Masiko at Wazalendo Headquarter in Kiwatule Kampala.

Kavuma noted that Wazalendo started in a humble way but the leadership had clear vision, mission and objectives which the SACCO is to achieve. He noted that in a period of 17 years since its establishment in 2005, WSACCO has been able to grow membership, mobilize savings, offer affordable credit services, expand branch network employ technology, among others initiatives which he said have enabled WSACCO to attend to the welfare of its members. “I started as an activist of WSACCO at a small level and I have been mobilizing until now when I have become a leader. We have done our best to ensure that our members access financial services. My biggest concern now is assessing the impact of the 1.95 trillion that has been given to the members in form of loans on their welfare”.  noted the chairman BOD.

Gen Kavuma Asked the CPC to encourage PSOs to use the motorcycles to reach members and assess loan utilization and the impact the loans have had on the members welfare. Hon. Kavuma clarified that the donation of the seven motorcycles is the first batch that shall be given to seven Infantry Divisions under Land Forces, while the specialized Brigades in Land Forces and formations under Air Forces and Special Forces Command among others, shall be catered for in the budget of financial year 2023.

The CPC Maj Gen Matsiko appreciated the support from WSACCO which he said will not only impact the works of WSACCO but also enhance efficiency of his Chieftaincy. 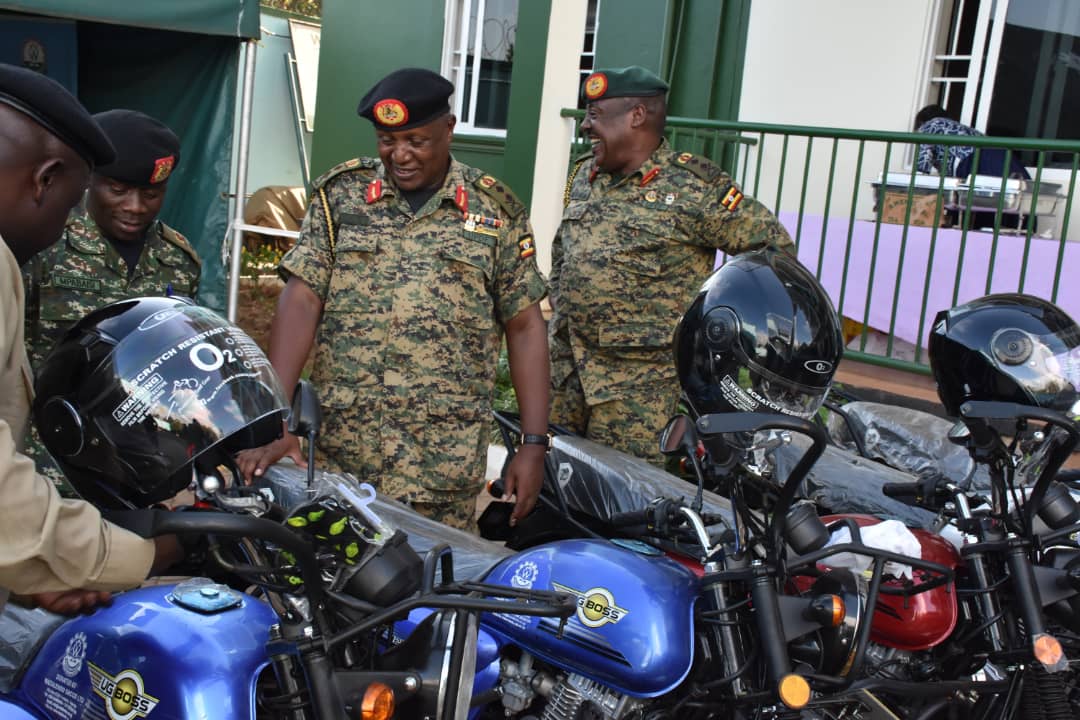 Matsiko said that he considers his Chieftaincy very lucky because this is not the first time it is being supported by WSACCO. “This is a gesture of empowering the PSOs to ensure there is impact on ground from the funds given out by WSACCO. We are cognizant that despite the high demand for support by different units and formations, WSACCO leadership has always prioritized our requests and we don’t take that for granted”, Gen Matsiko noted.

I thank the leadership for establishing WSACCO which has become a huge facilitator of welfare in the UPDF. The Chief Executive Office Col Joseph Freddy Onata thanked the Board of Directors for implementing the precious Annual General Meeting guidance to use the CPC structures to help in evaluating the usage of loans extended to the members.  “Am very sure that these motorcycles shall enable us to answer the question about the impact of the 1.952 billion loans on the members welfare”, he said.

The motorcycles of 125cc capacity were procured from Simba Automotives who currently partner with WSACCO to avail motorcycles to members for Boda Boda business at subsidized prices.

In attendance were; the Land Forces Director of Political Education Col Archangel Kiza Birungi, Maj Patrick Ochiti who represented the office of Chieftaincy of Logistics and Engineering, members of the BOD and top management of WSACCO. 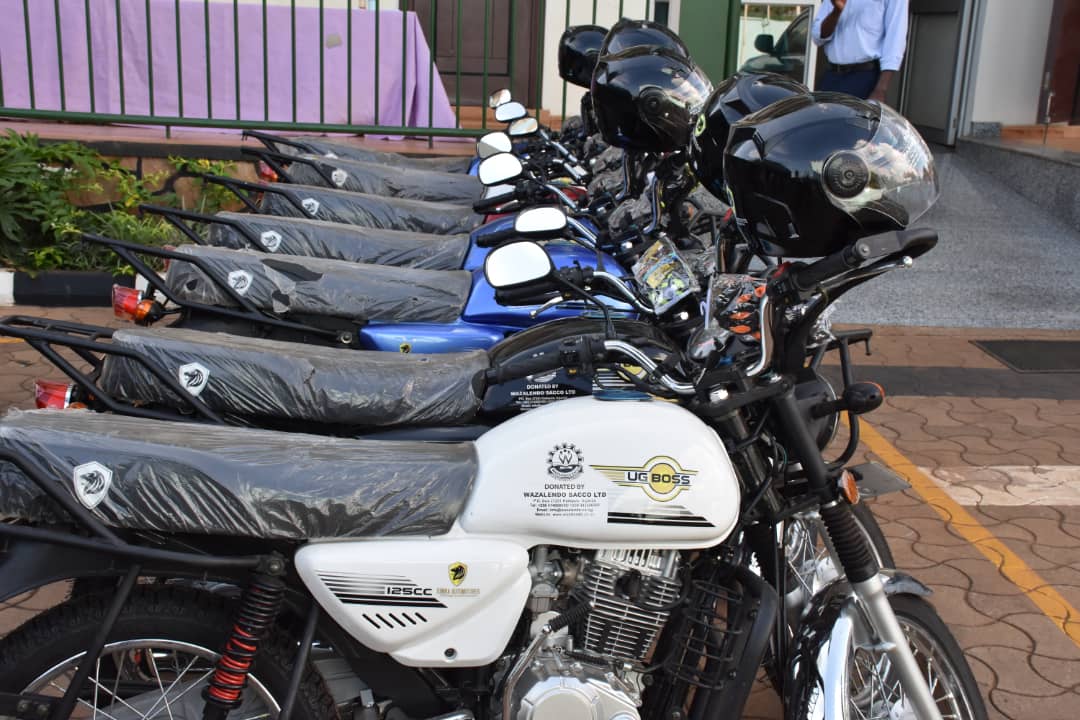