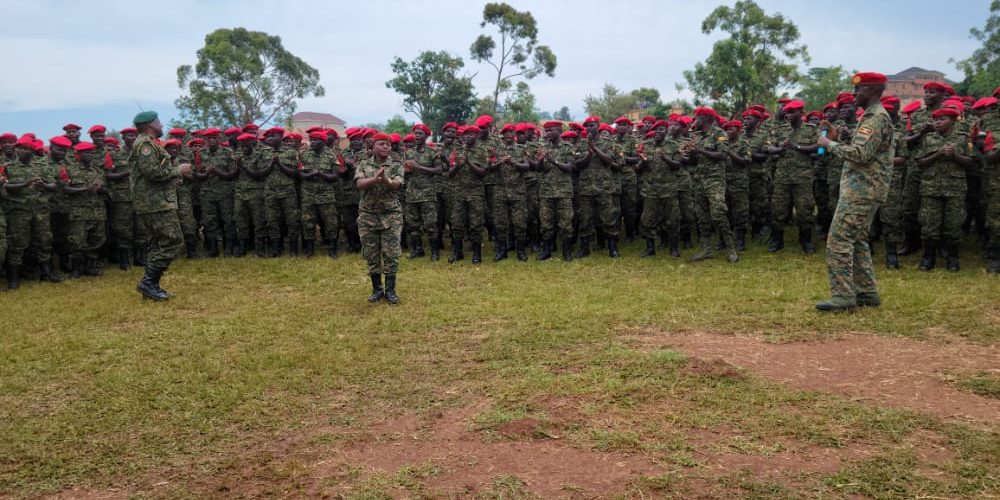 Military Police personnel have been cautioned to avoid investing in liabilities to have a meaningful life during and after service (retirement).

The Board Chairman Wazalendo SACCO (WSACCO) Maj Gen Sam Kavuma revealed this while addressing Military Police troops during the Annual WSACCO Mobilization Tour of units, yesterday, at the Brigade headquarters in Makindye, Kampala.

The Annual Mobilization Tour of Units and Formations by WSACCO’S staff is purposely to enlighten soldiers on the need to save, or buy, and later invest the profits.

Maj Gen Kavuma argued that investing in enterprises like animal rearing (cattle, goats, and sheep), among others; is far better than buying expensive phones, cars or gold chains.

He warned that liabilities depreciate in value by draining the available resources.

Maj Gen Kavuma, therefore, urged soldiers, most especially the new personnel at Military Police to join WSACCO and gain access to cheaper loans, which can thereafter; be used for productive purposes to improve member’s welfare. “With a SACCO, we have a bigger pull that enables members to get cheap loans for personal development,” remarked Maj Gen Kavuma.

He said that the low interest loans ease the process of investing for retirement. The Board Chairman Wazalendo SACCO added that the interest paid on WSACCO loans is low to cater for recurring costs and sustainability of the business.

He advised soldiers to live within their means irrespective of the circumstances. “0nly take projects that are within your means and manageable,” he said, adding that the SACCO is 100 percent soldiers’ money and every year profits are shared between members as dividends.

Speaking at the same function, the Chief Executive Officer for WSACCO Col Joseph Freddy Onata encouraged soldiers to save more for the growth of SACCO.

He also called upon troops to share experiences on financial management and insulate themselves against luxury.

Wazalendo Savings and Credit Cooperative Organisation Society limited comprises of UPDF personnel, staff of the Ministry of Defence and Veteran Affairs, Reserve Forces, Civilian staff of Wazalendo, and all spouses and children of existing members.

Wazalendo Sacco Gives Back To The Community
27 January 2023