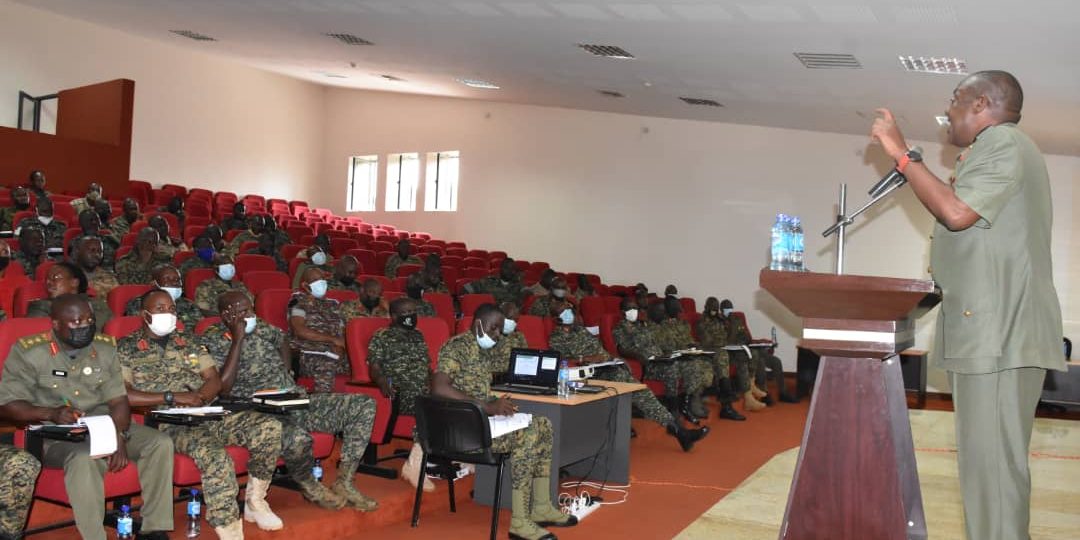 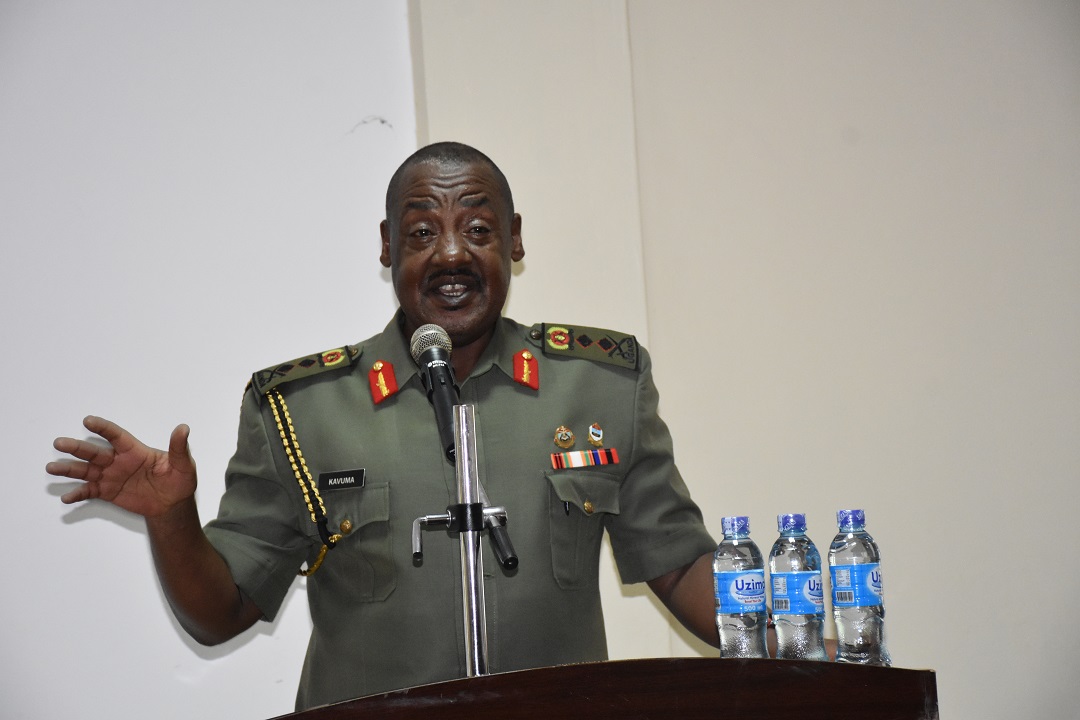 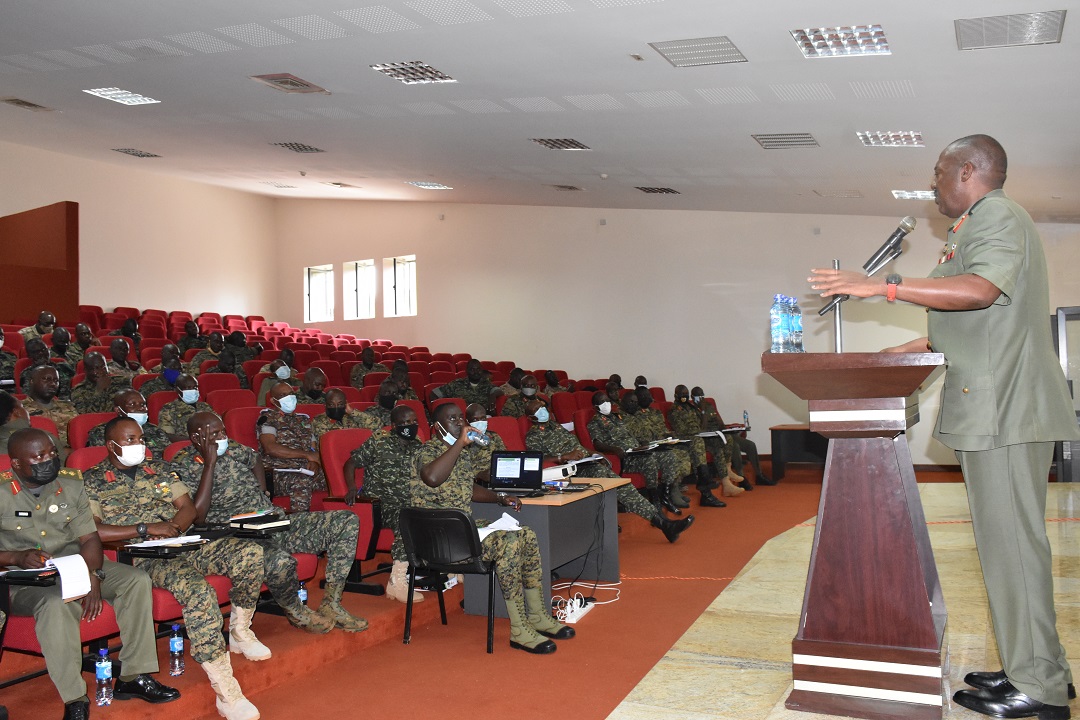 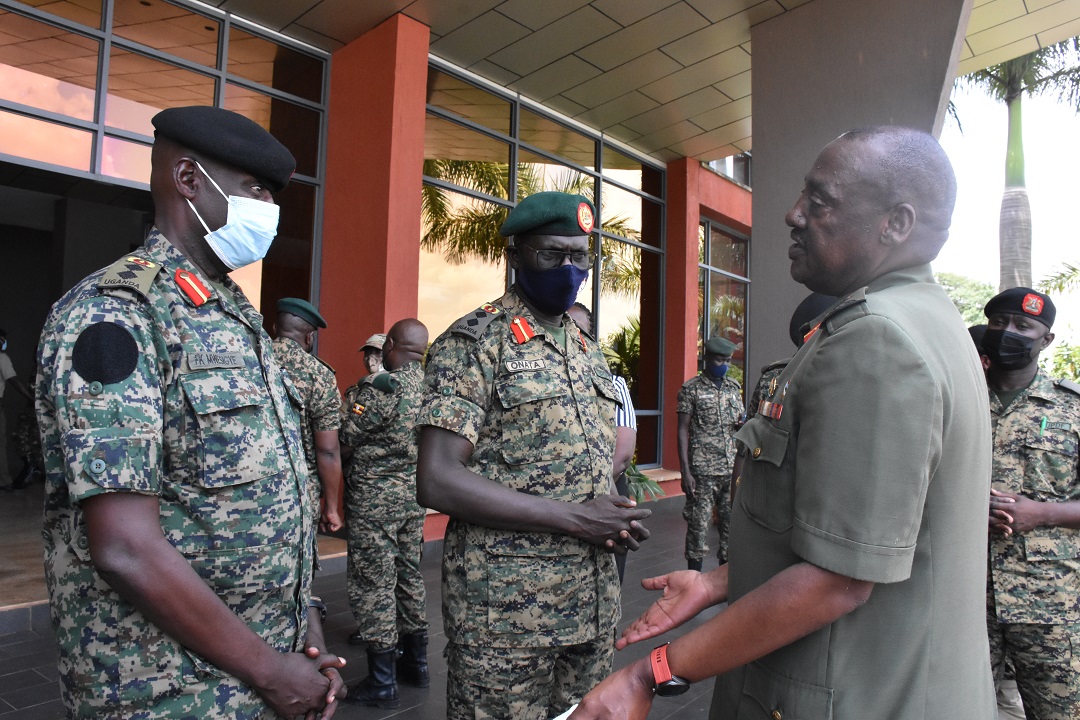 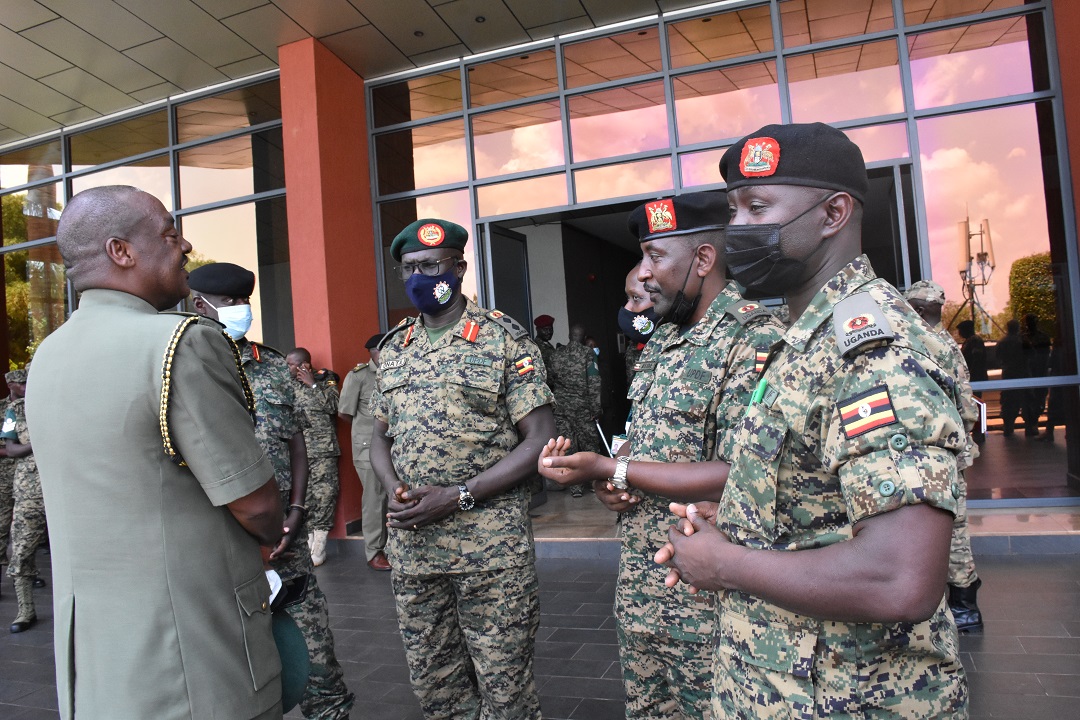 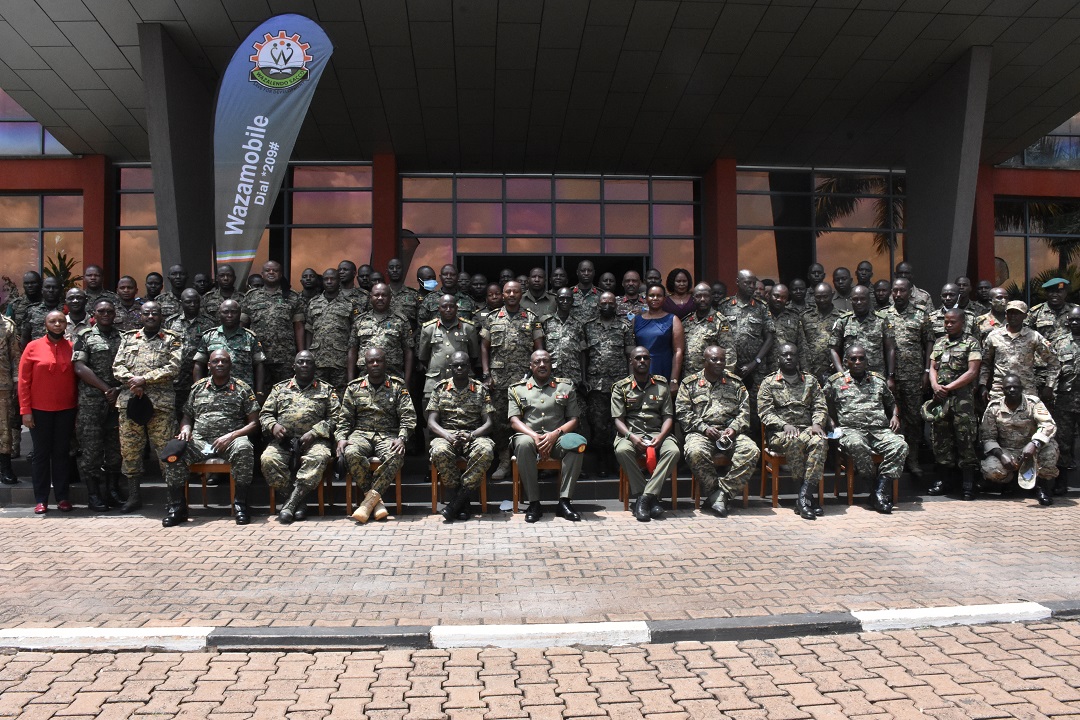 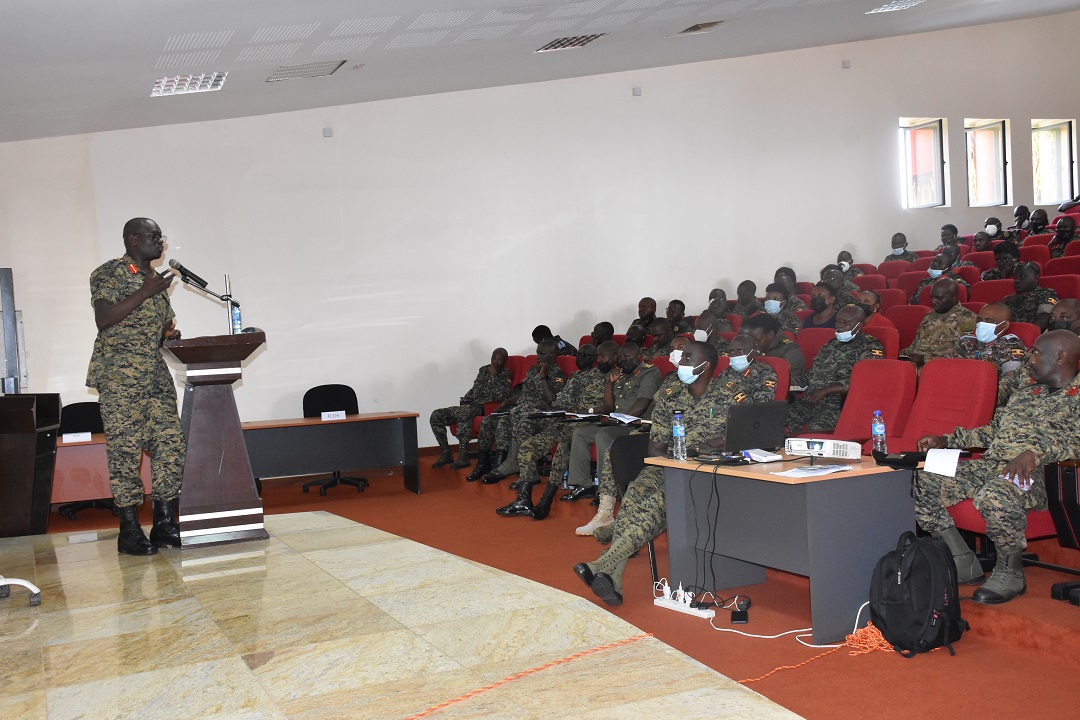 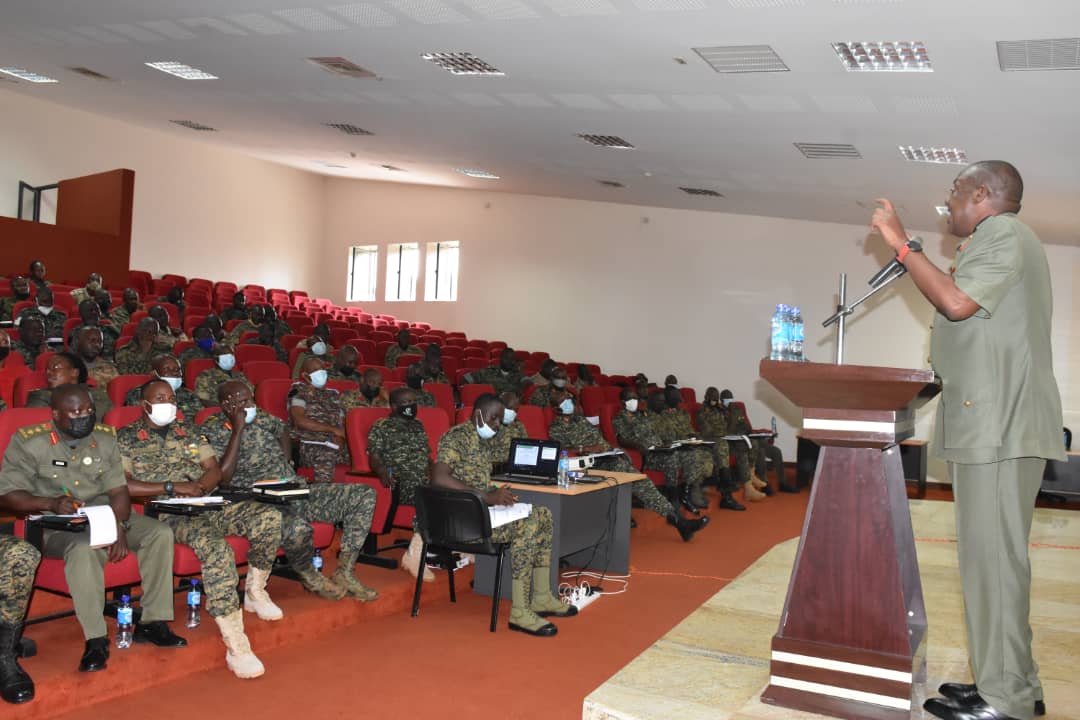 The Chairman of the UPDF Wazalendo SACCO (WSACCO) Board of Directors, who also doubles as the Deputy Chief Coordinator of Operation Wealth Creation and a Member of Parliament representing the UPDF Hon Maj Gen Sam Kavuma has today challenged the WSACCO delegates, members of Staff, Command and the general membership of WSACCO to put into proper utilization the loans they get from the SACCO.

He said that WSACCO which has been in existence for 16 years has registered tremendous growth while improving the welfare of its members.

Gen Kavuma made the remarks while closing a two weeks delegates training and Pre-Annual General Meetings (AGM) held in the North, East, West, West Nile and Central regions of the country.

The final meeting covering the Central region was held at Ministry of Defence and Veteran Affairs Headquarters in Mbuya, Kampala.

Gen Kavuma said WSACCO leadership designed a pre-AGM programme to be held before the actual AGM, in order to have ample time with the delegates and members of Staff and Command.

During the pre-AGM regional meetings, the delegates are taken through the work being done by WSACCO team, the recommendations, future plans and other proposals.

This enables them to return to their work stations and discuss with other members, collect their views and present them during the Annual General Meeting.

In his annual message to all members, the Chairman encouraged them to take advantage of this God given SACCO that has saved them from the hustle of commercial banks and other money lending entities in the country.

He further encouraged members to prepare their minds for the AGM and discuss the means of benefiting from WSACCO through proper utilization of funds borrowed, regular savings and prudent investment as a way to overcome the enemy called poverty.

He highlighted financial discipline and individual attitudes as key determinants of one’s ability to fight poverty.

Maj Gen Don Nabasa the Commandant Military Police Brigade, on behalf of UPDF Staff and Command appreciated the great job done by WSACCO Board and Management for the UPDF through member education in the fight against poverty.

“Everything has been done, the only thing remaining is for us to ensure that whoever is getting a loan knows that there is accountability and monitoring handson on its utilization. It is high time we opened our eyes and embraced the WSACCO opportunity to generate some income and plan for our retirement. Must we appeal whenever time for our retirement comes because of unpreparedness?” wondered Gen Nabasa.

The WSACCO Chief Executive Officer Col Joseph Freddy Onata thanked the Hon. Delegates and members of Staff and Command for the continuous support that has enabled the SACCO grow to greater heights.

He said it takes trust by the entire membership for management to properly steer the SACCO to the members’ expectations.

Col Onata briefed the members about the SACCO performance and progress in the financial year that ended 31st December 2021, which he said was a result of the collective effort, committed staff and support from BoD and entire membership.

He also noted that training members is one of the SACCO’s mandate in order enable the members participate on the basis of information and to be able to make informed decisions during the AGM.

In attendance were delegates of units of the Central Region, members of Staff and Command, Board of Directors and Management of WSACCO.