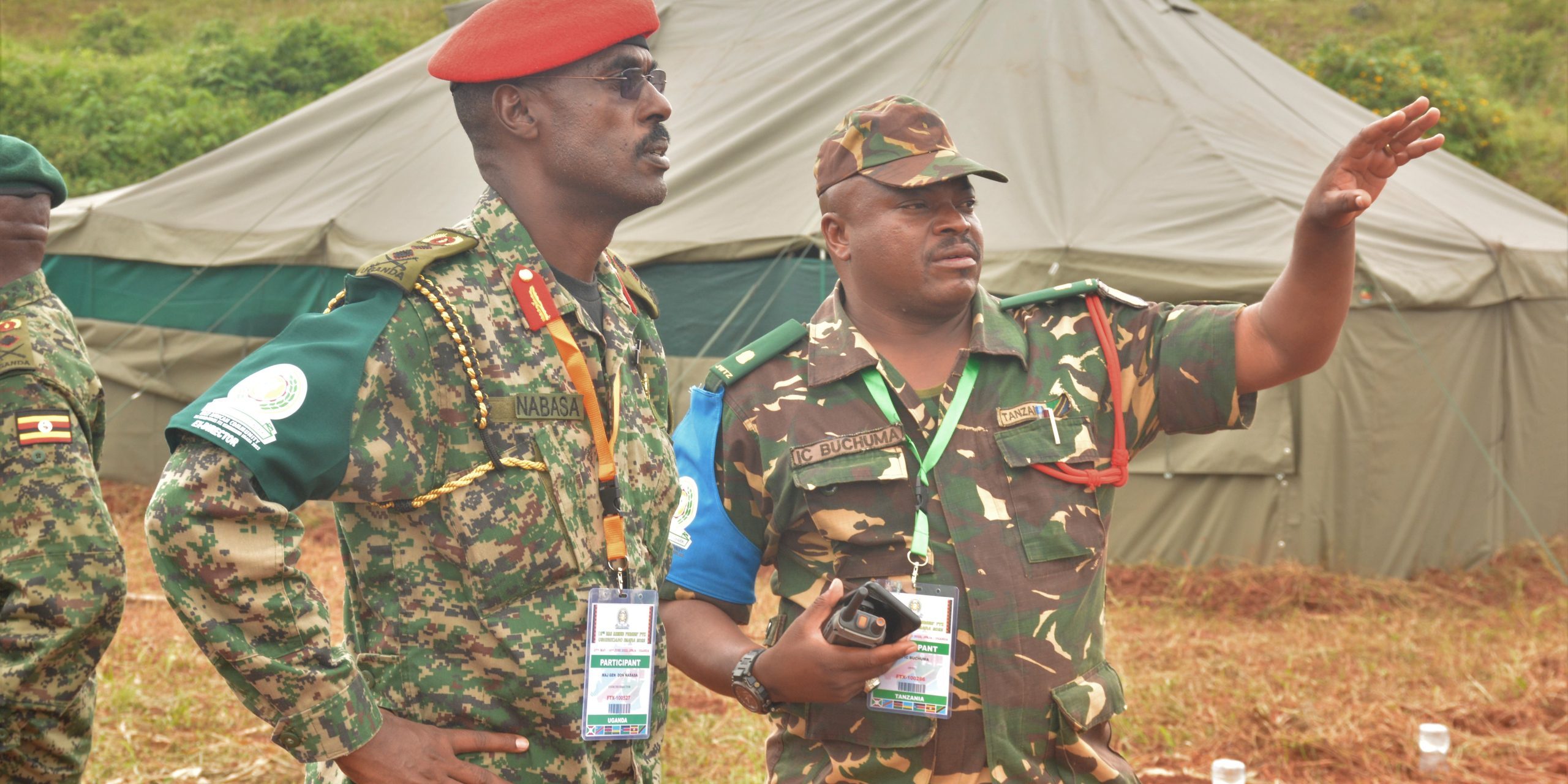 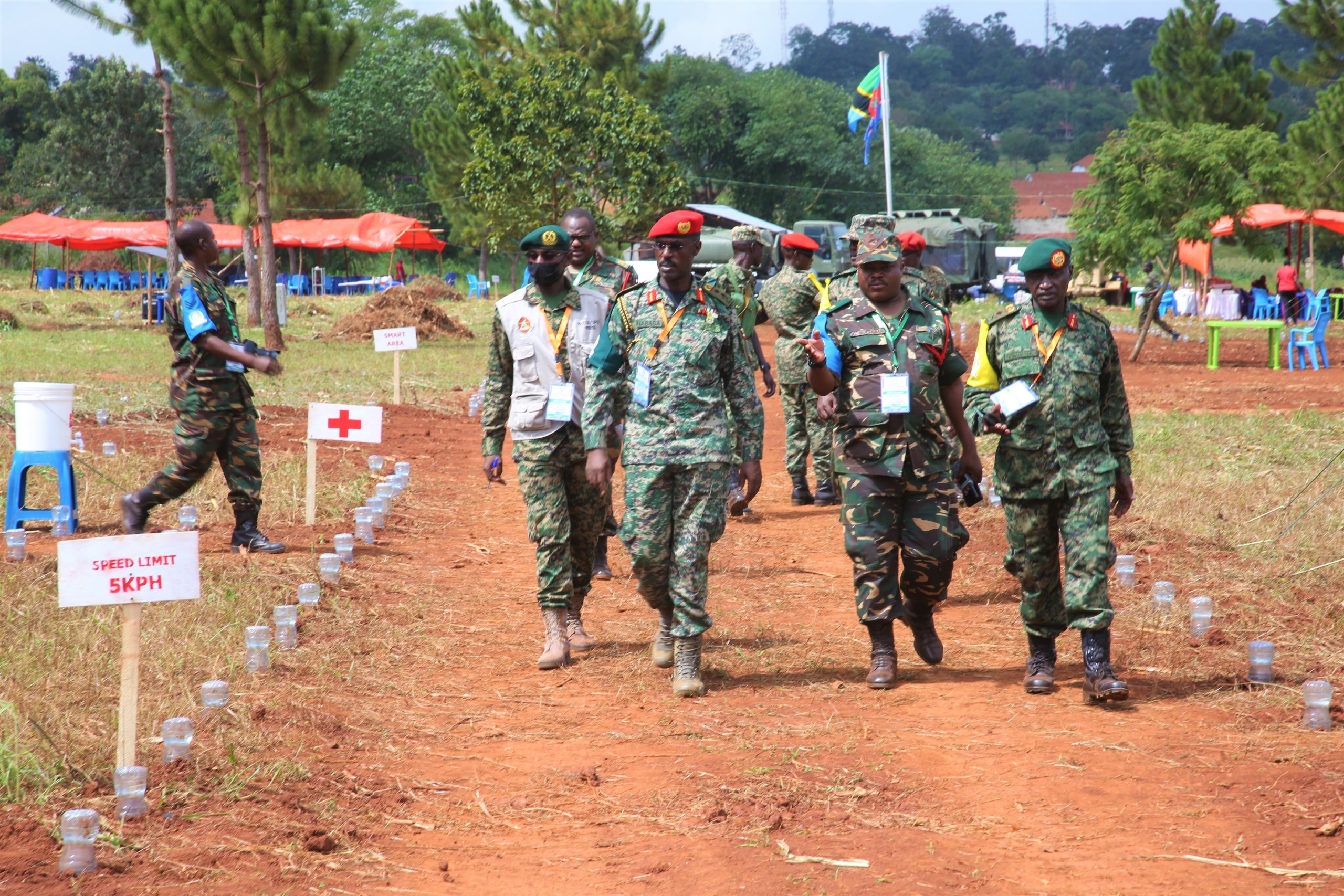 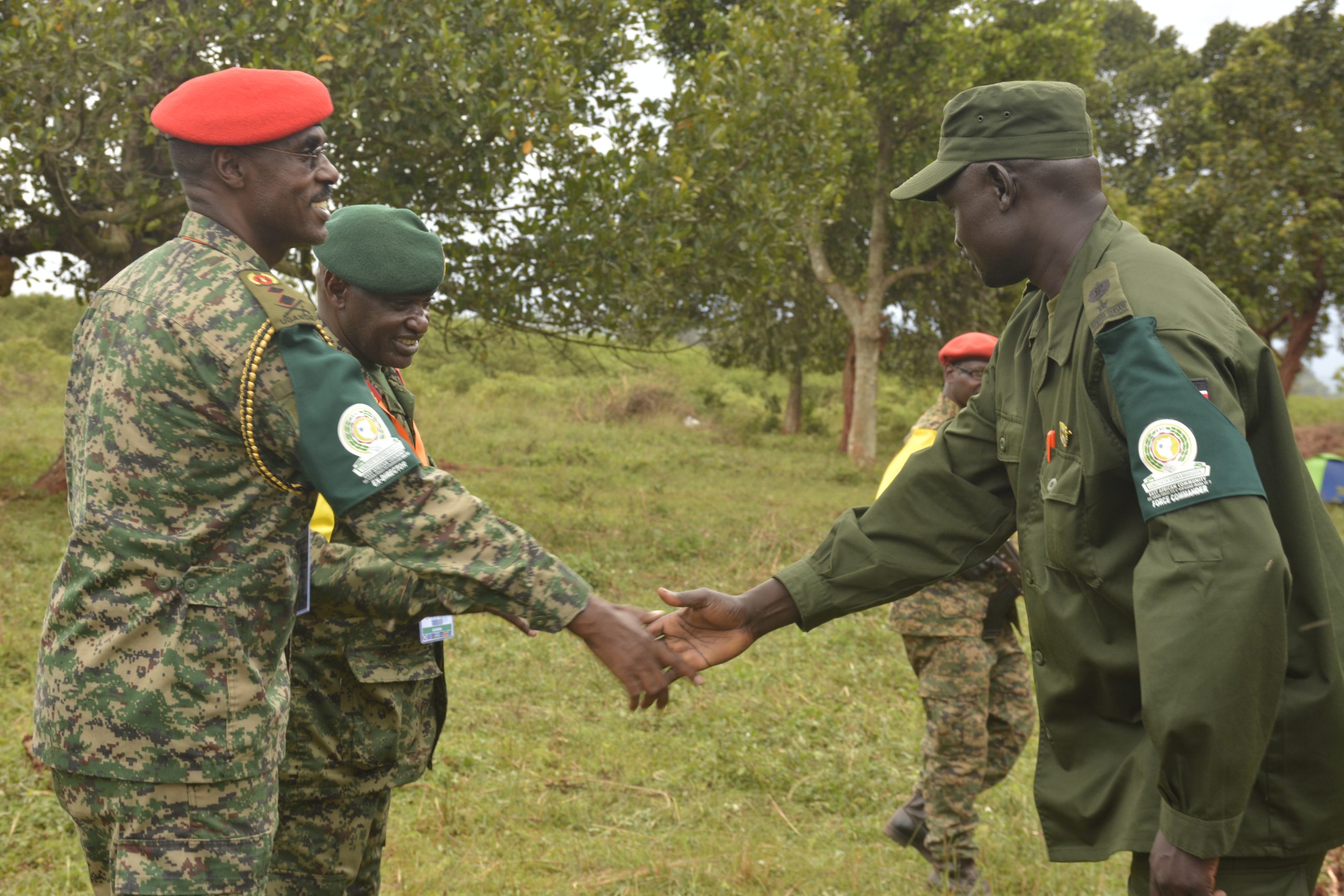 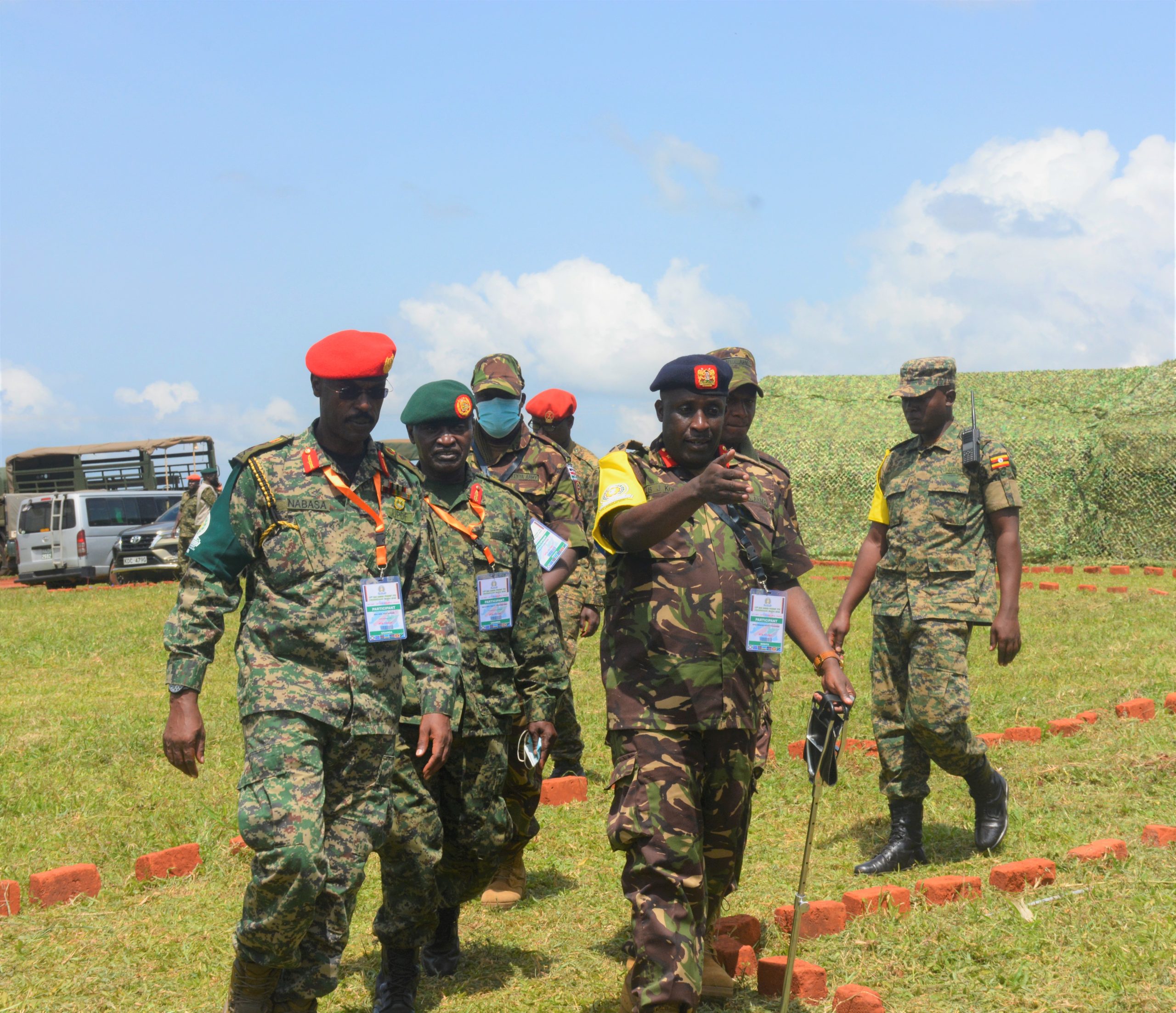 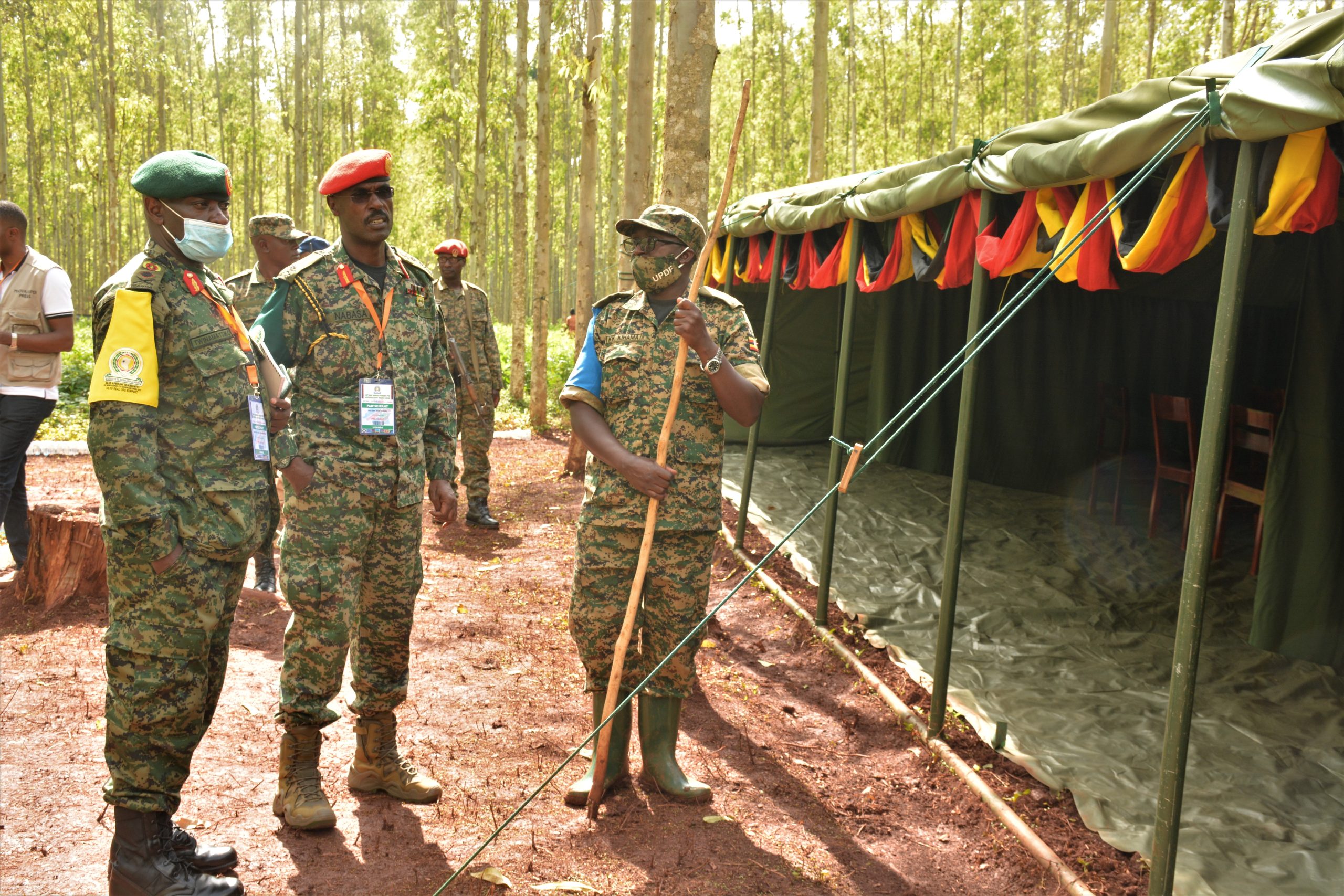 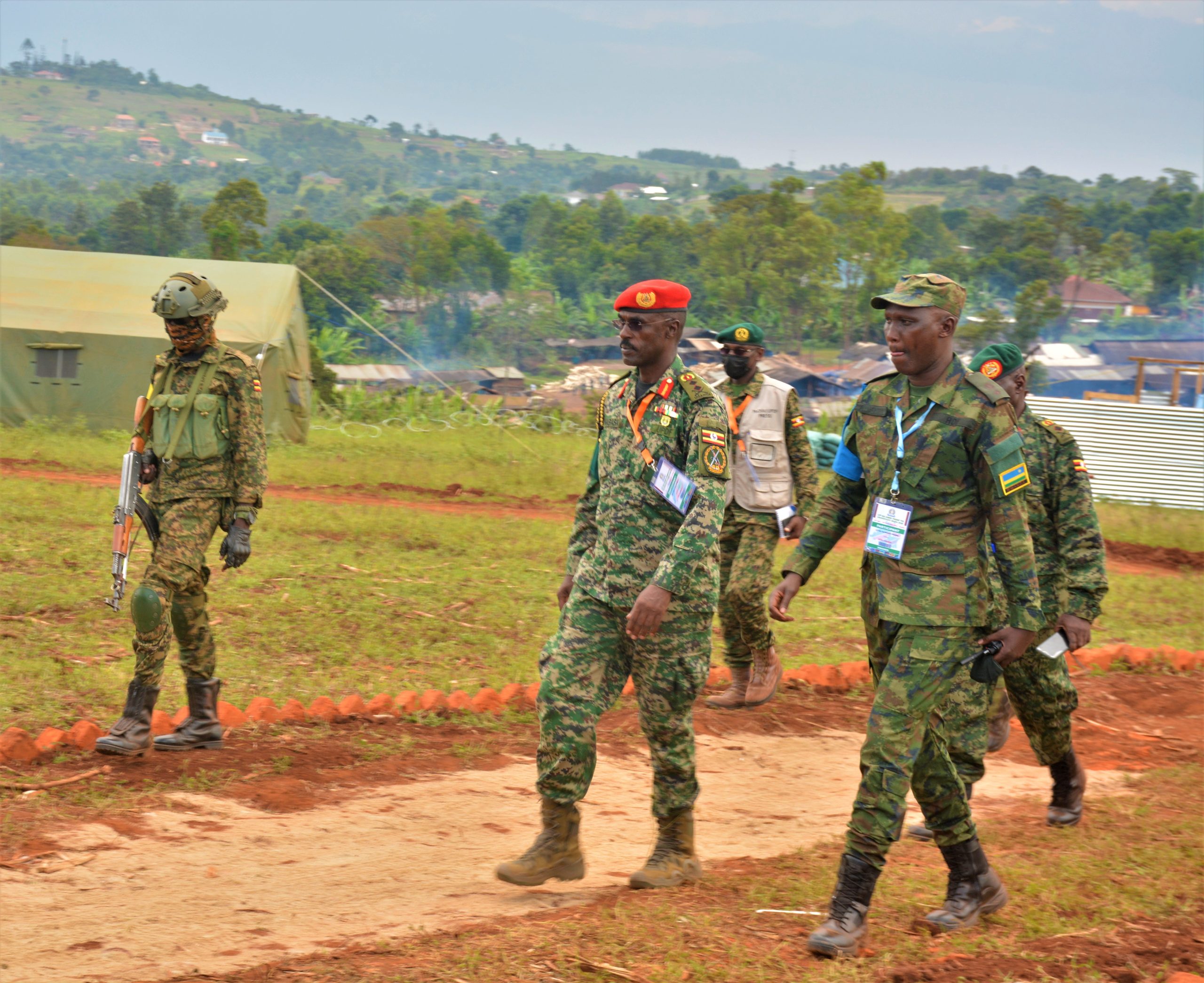 The visit was aimed at checking the readiness and preparedness levels of the participants ahead of the official exercise opening on 3rd June 2022.

“We are checking on the progress of the development of the contingent sites of all participants, that’s why am moving with Head of Real-Life Support so that if there is anything missing its fixed immediately,” said Gen Nabasa.

He also confirmed that preparations are still ongoing although participants are between 75 to 80 percent ready.

He later visited Ivunamba Health Centre II in Budondo Sub- County Jinja District where a Maternity Ward is being constructed by the Joint Armed Forces as part of the exercise Civil Military Cooperation (CIMIC) activities conducted in the exercise area.

This will be commissioned and handed over to the beneficiaries before the end of the exercise, mid this month.

The forces are also constructing two class room blocks at a Primary School in Mutai parish.

The Exercise Director was flanked by the Head of Life Support Brig Gen Fred Twinamatsiko as he visited the functional cells.

EAC Armed forces from Burundi, Kenya, Rwanda, South Sudan, Uganda and The United Republic of Tanzania started arriving in the country on 27 May 2022 ahead of the Field Training Exercise to be conducted in Jinja, Buikwe and Mayuge from 27th May to 16 June 2022.