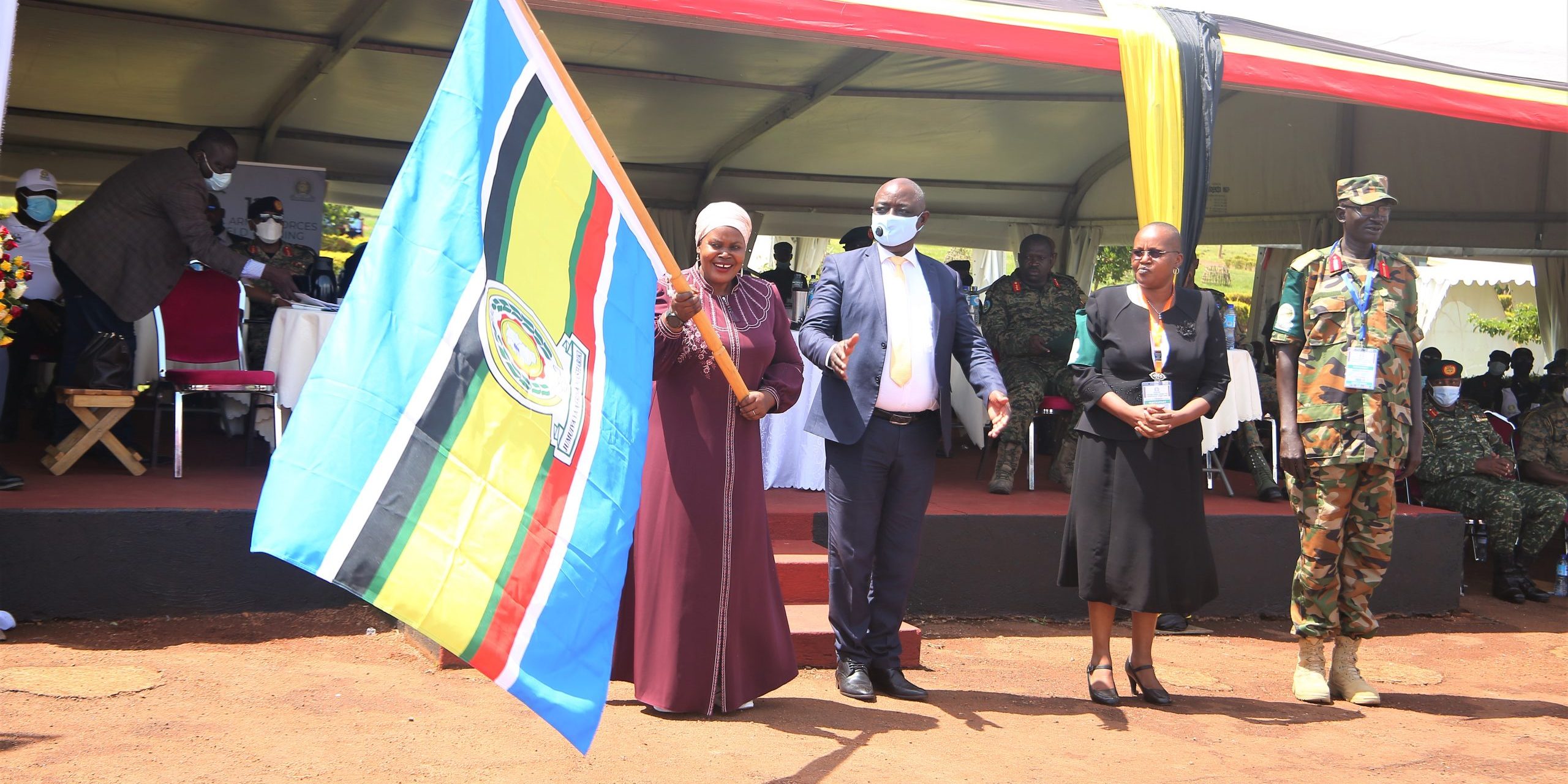 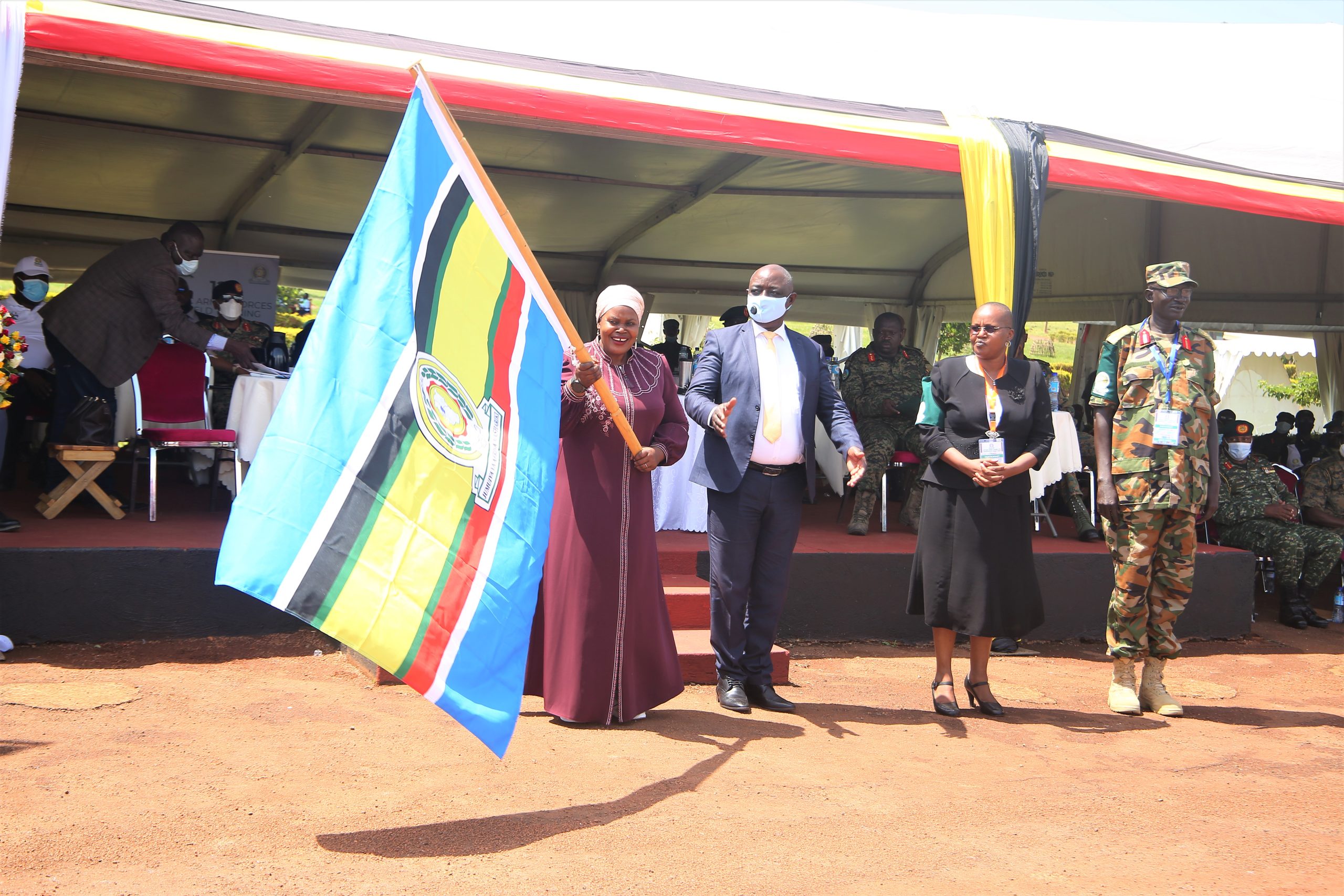 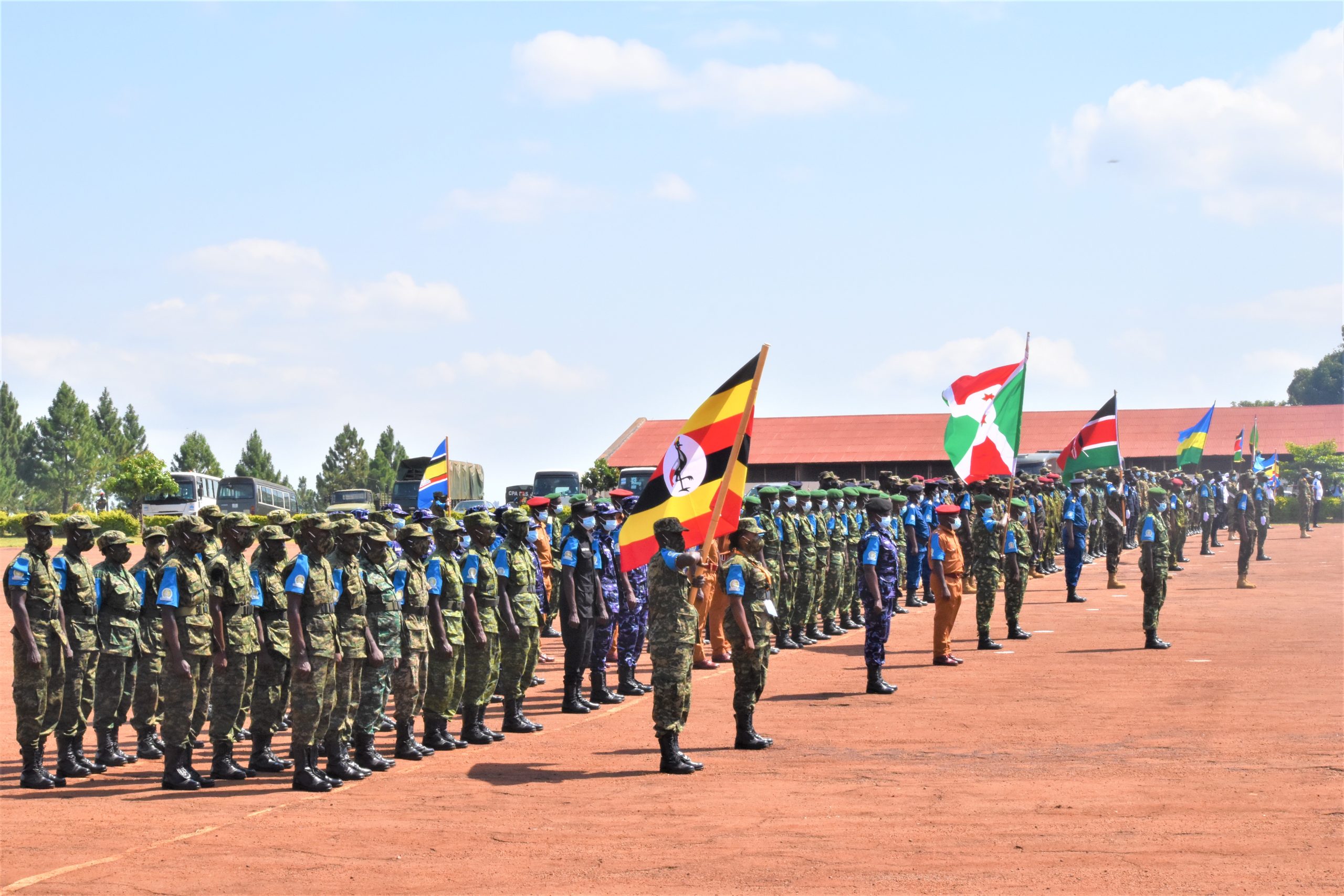 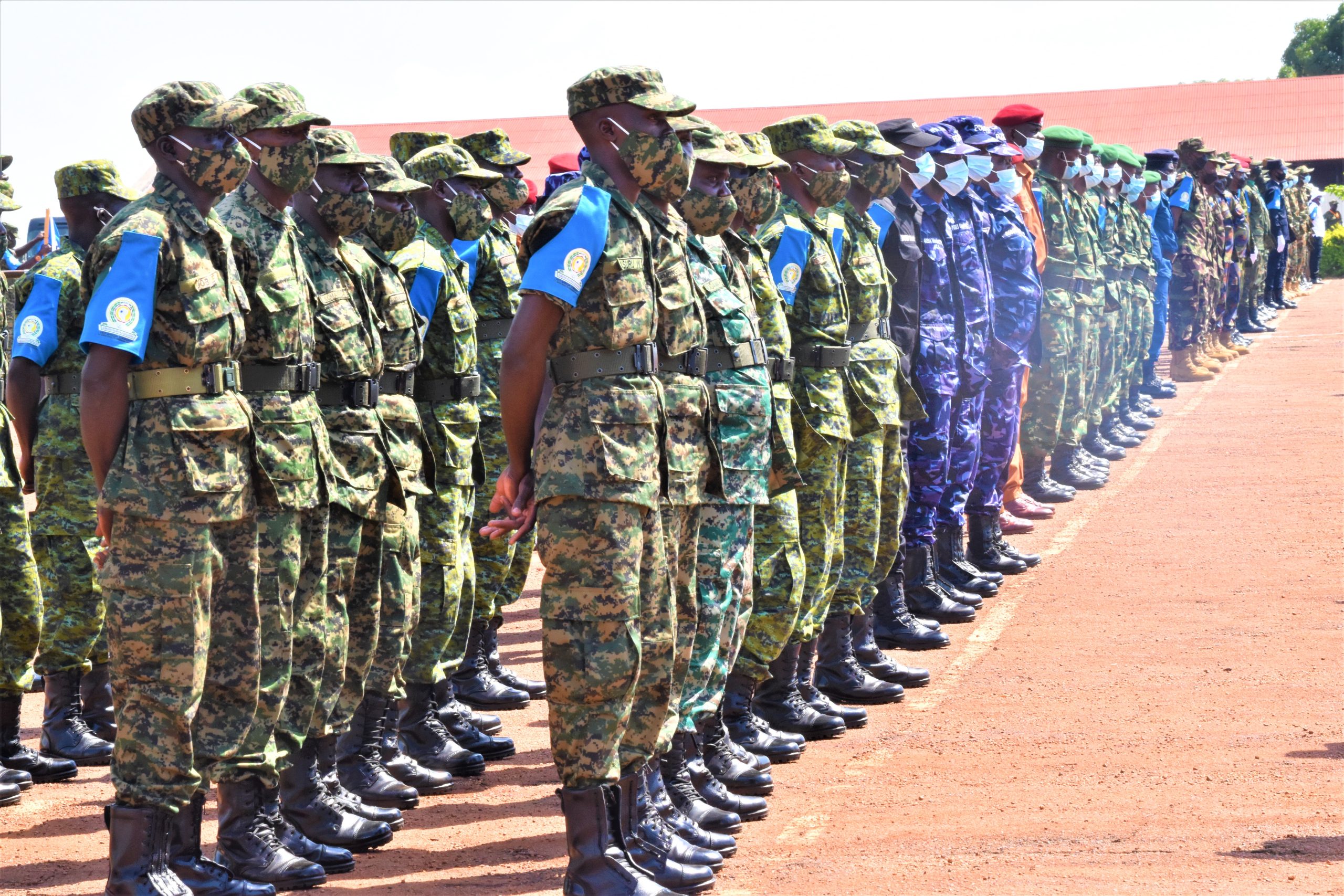 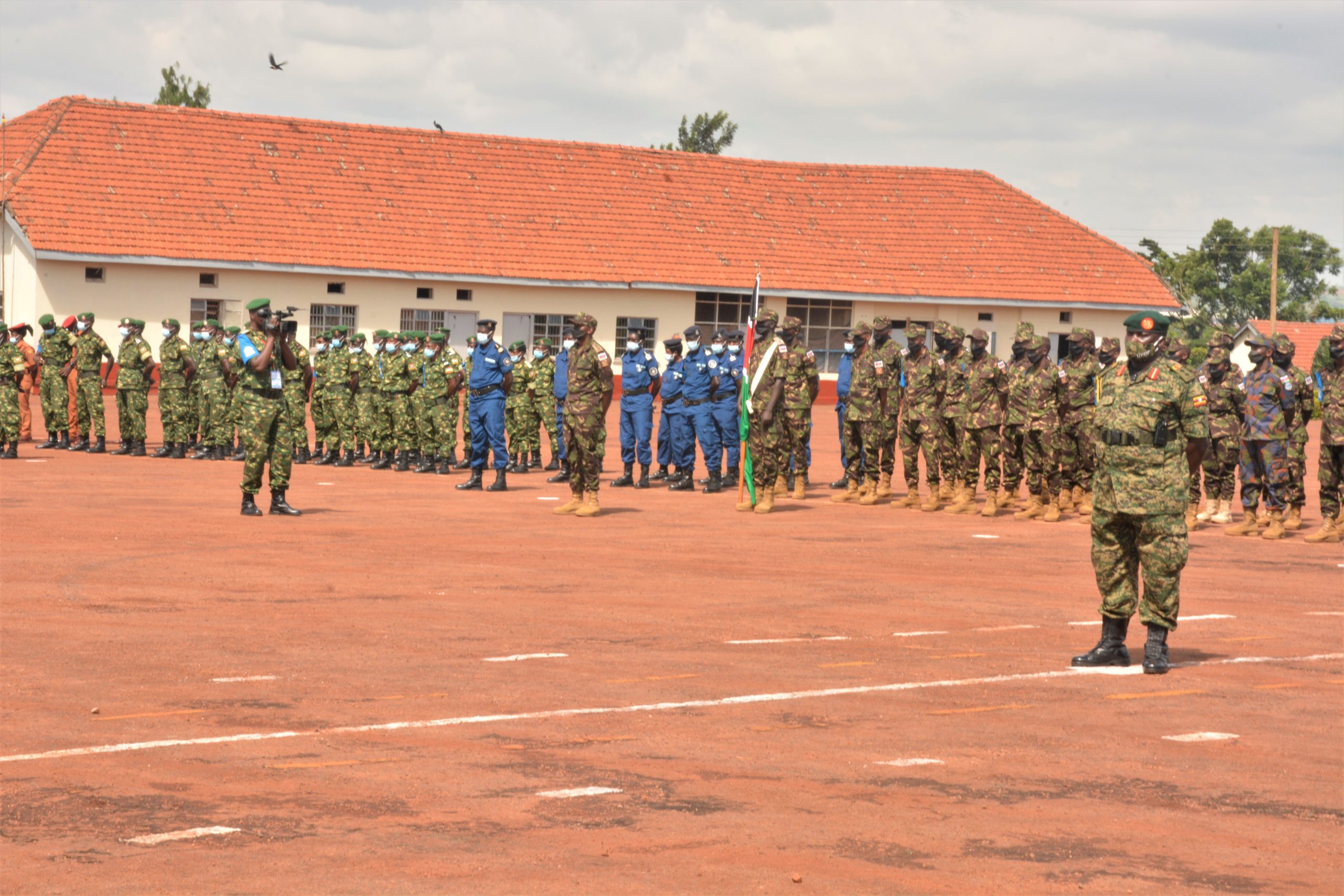 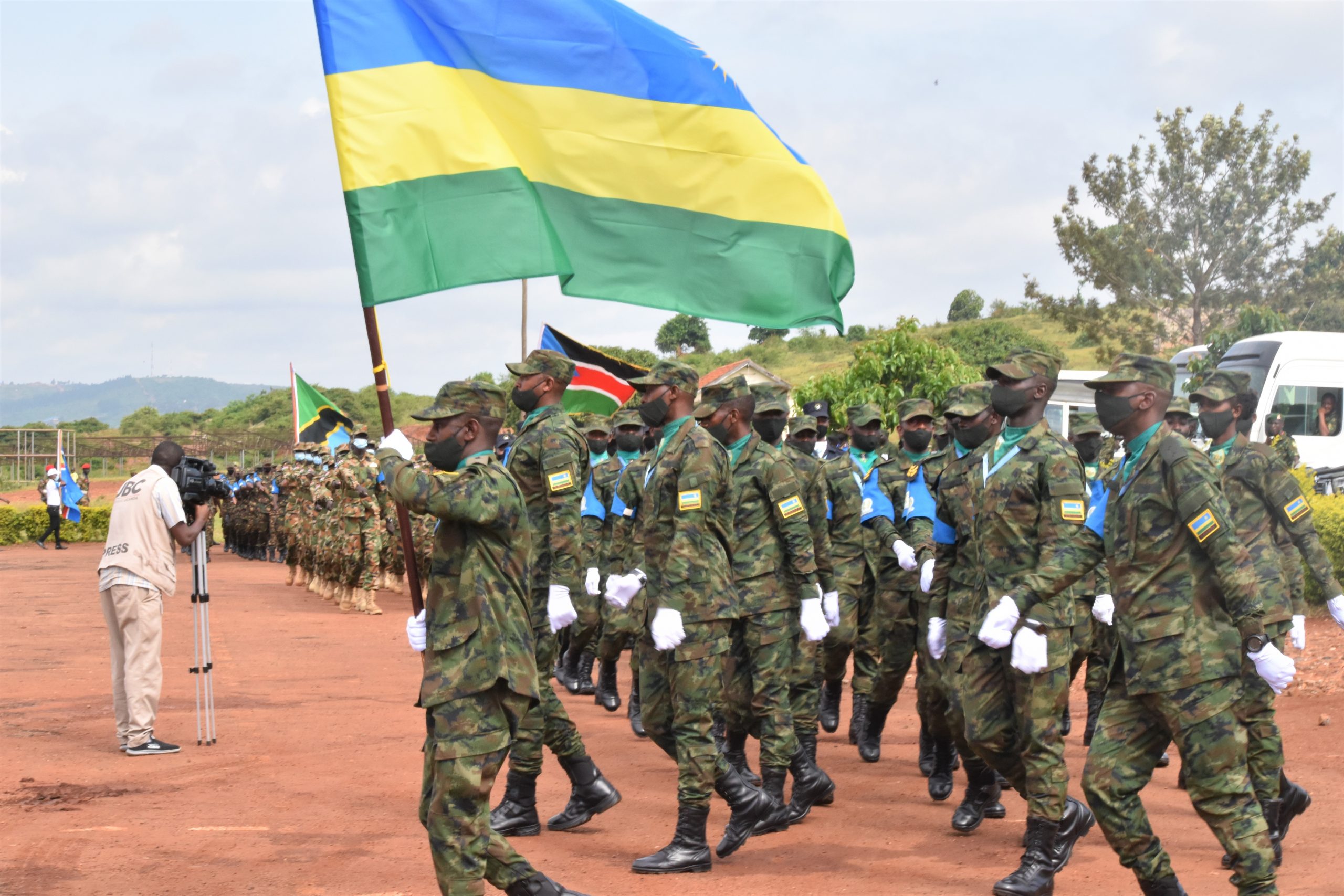 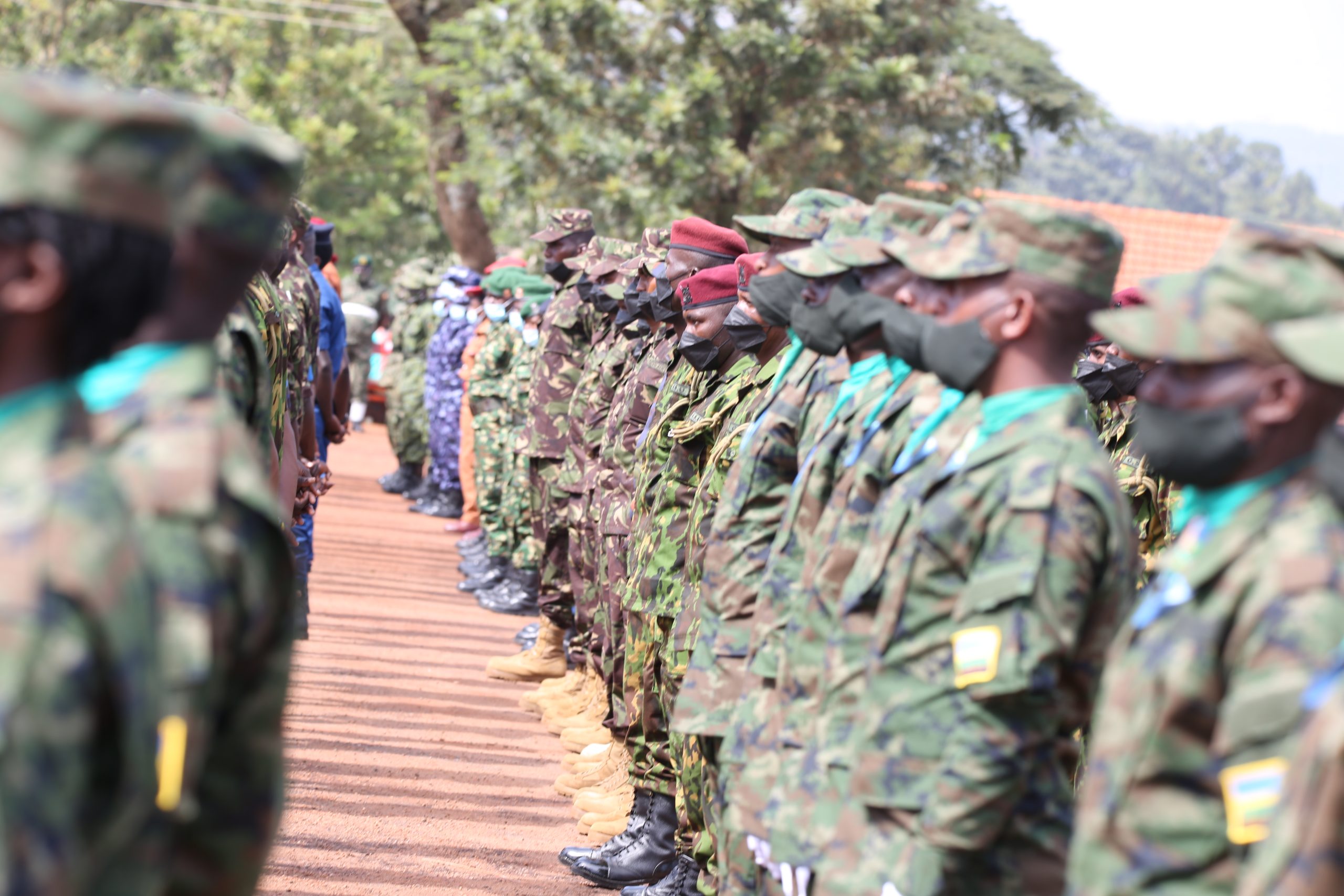 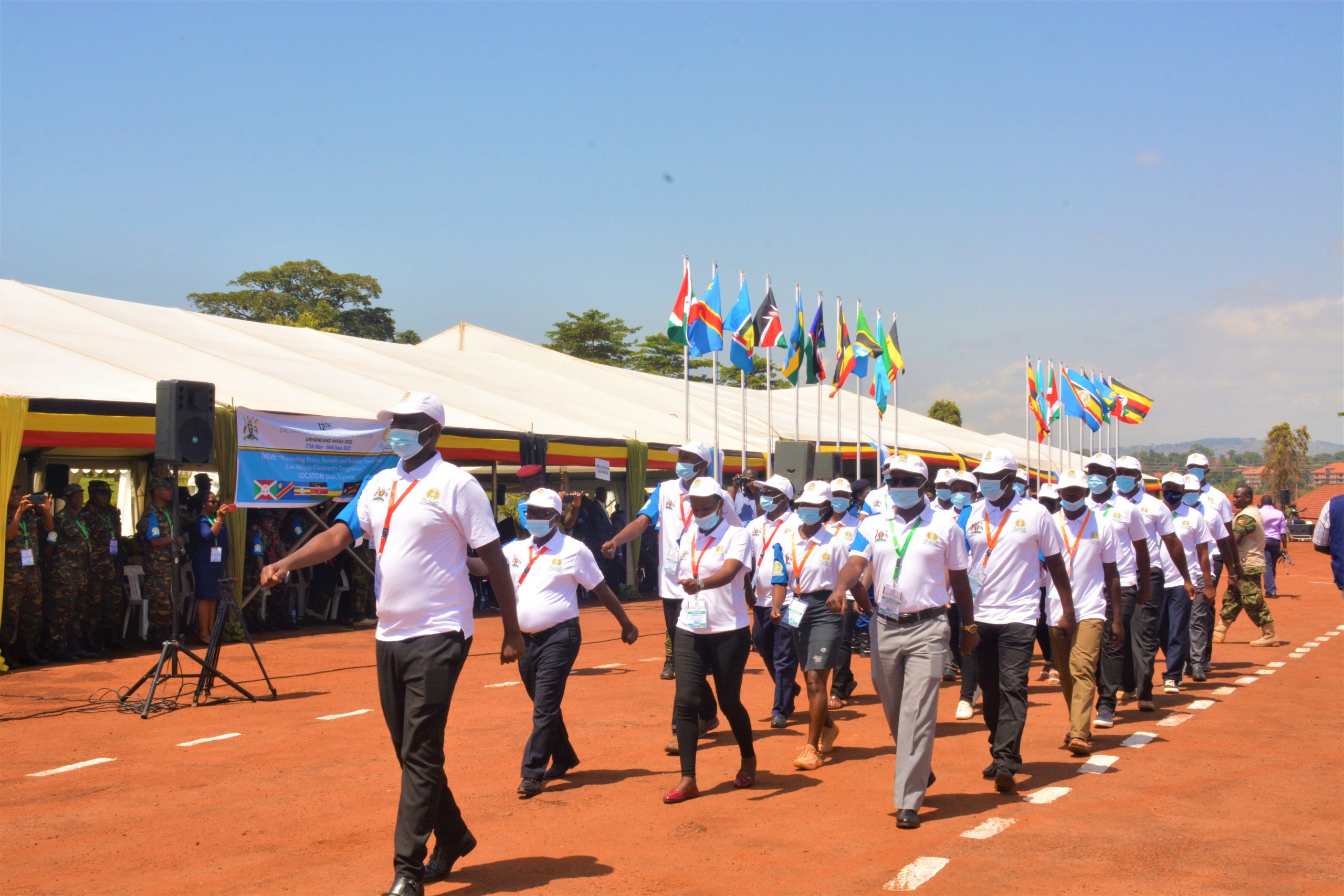 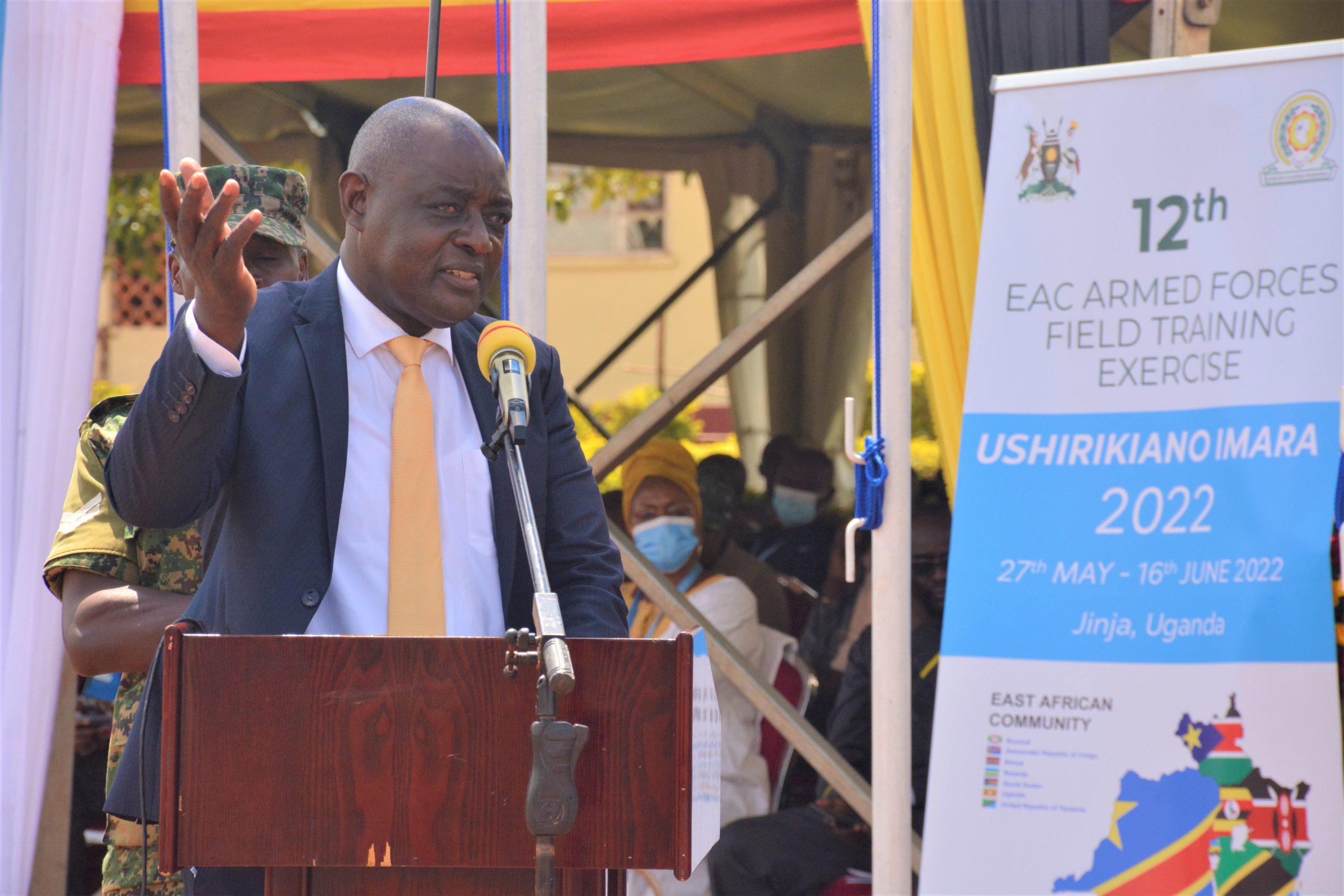 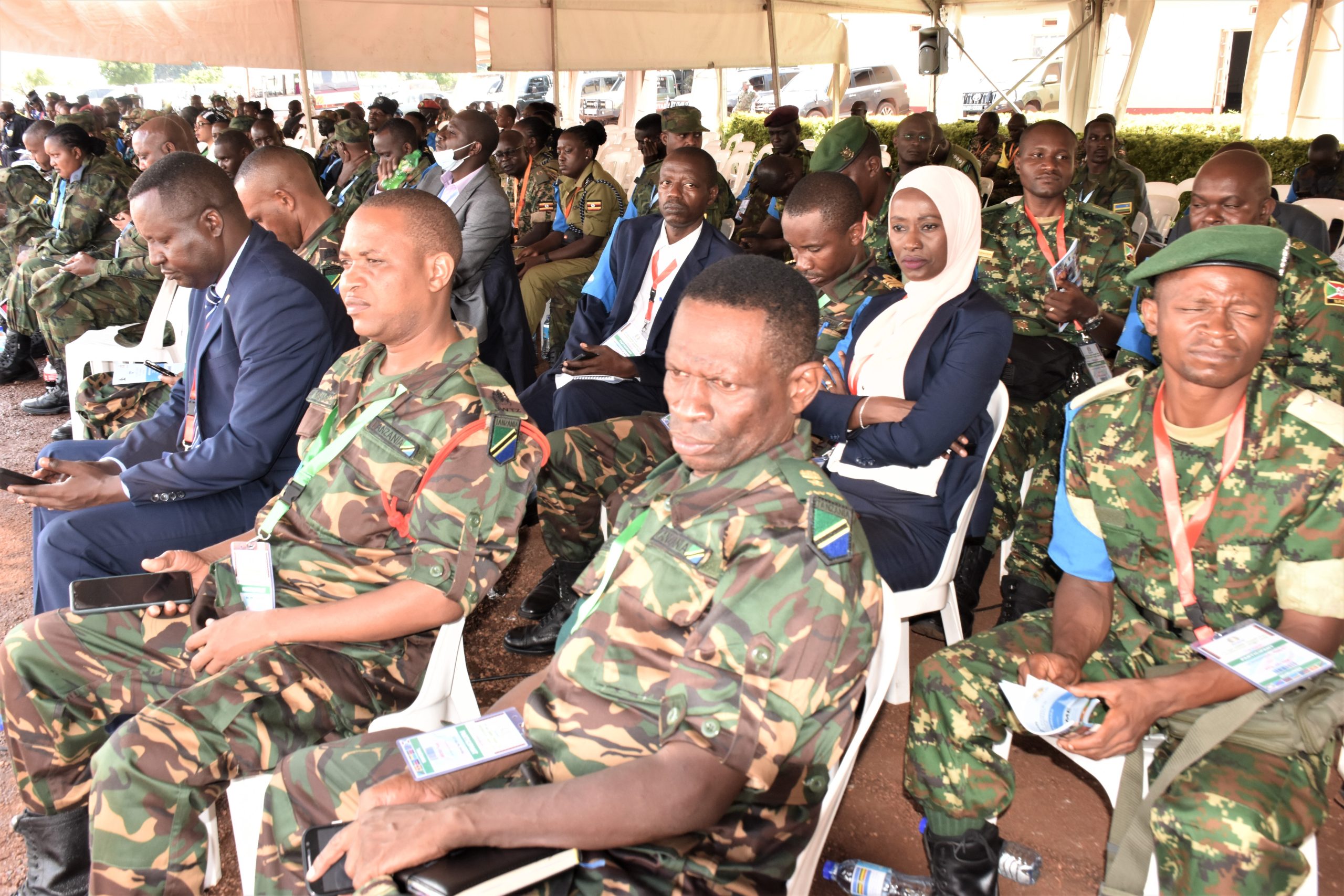 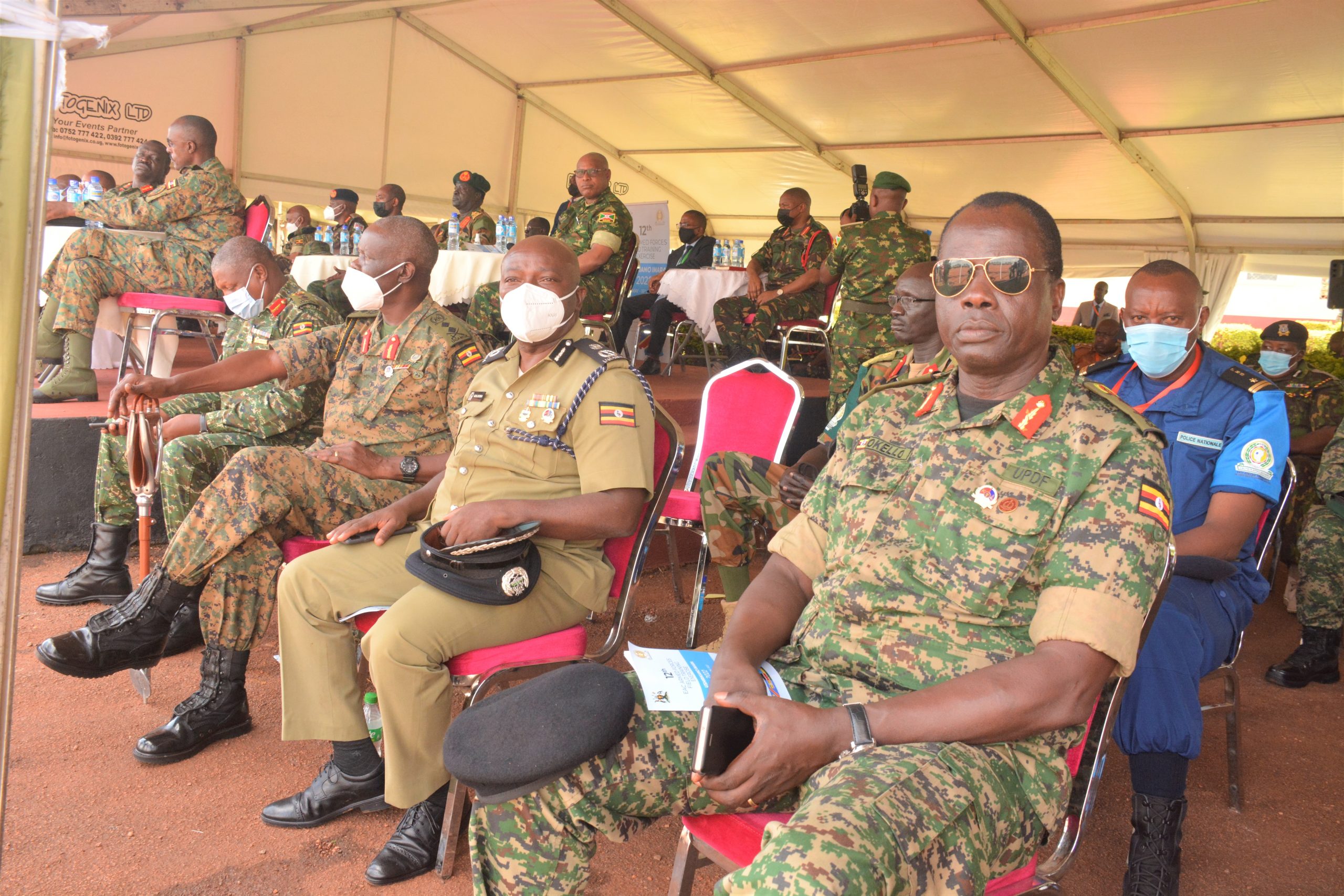 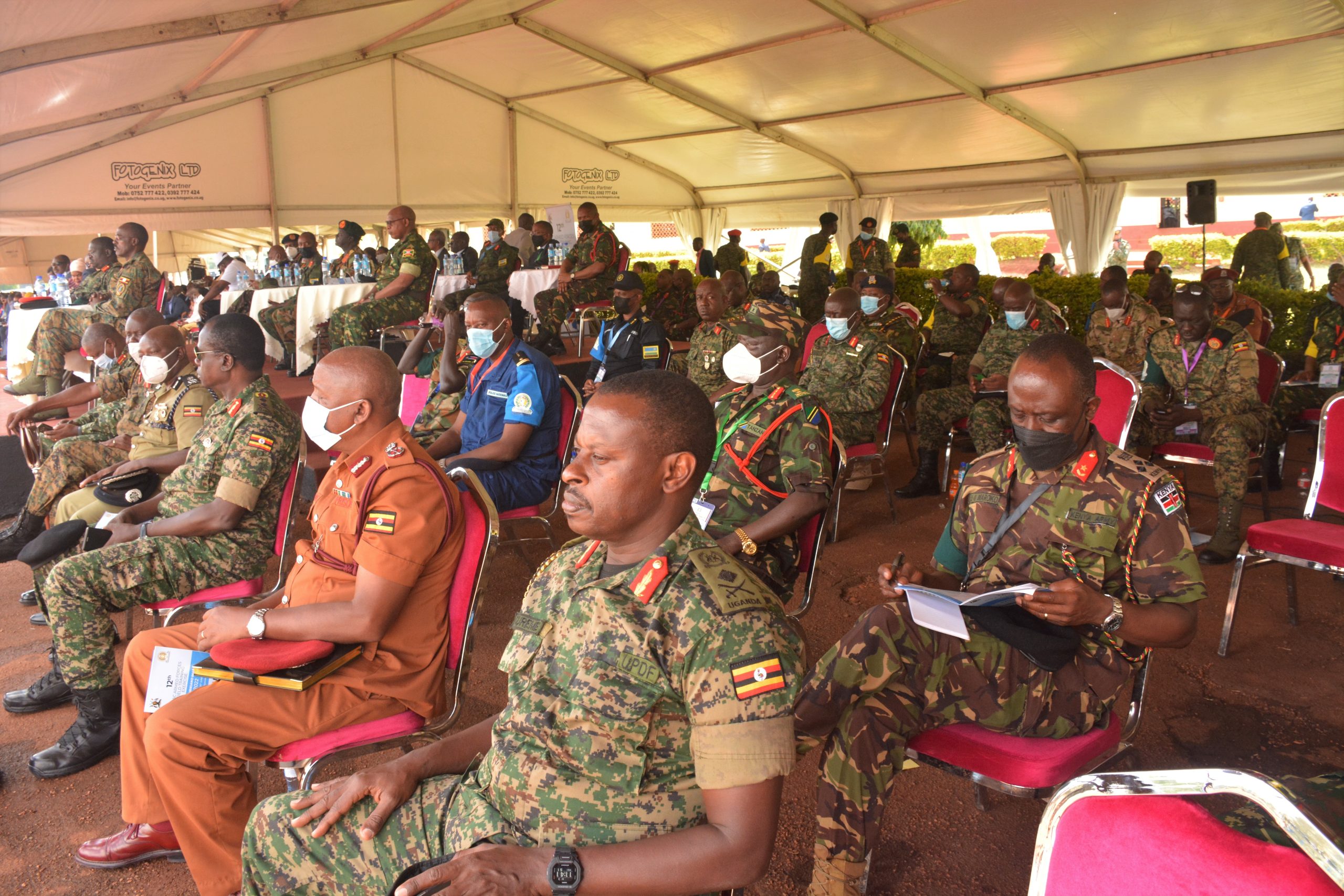 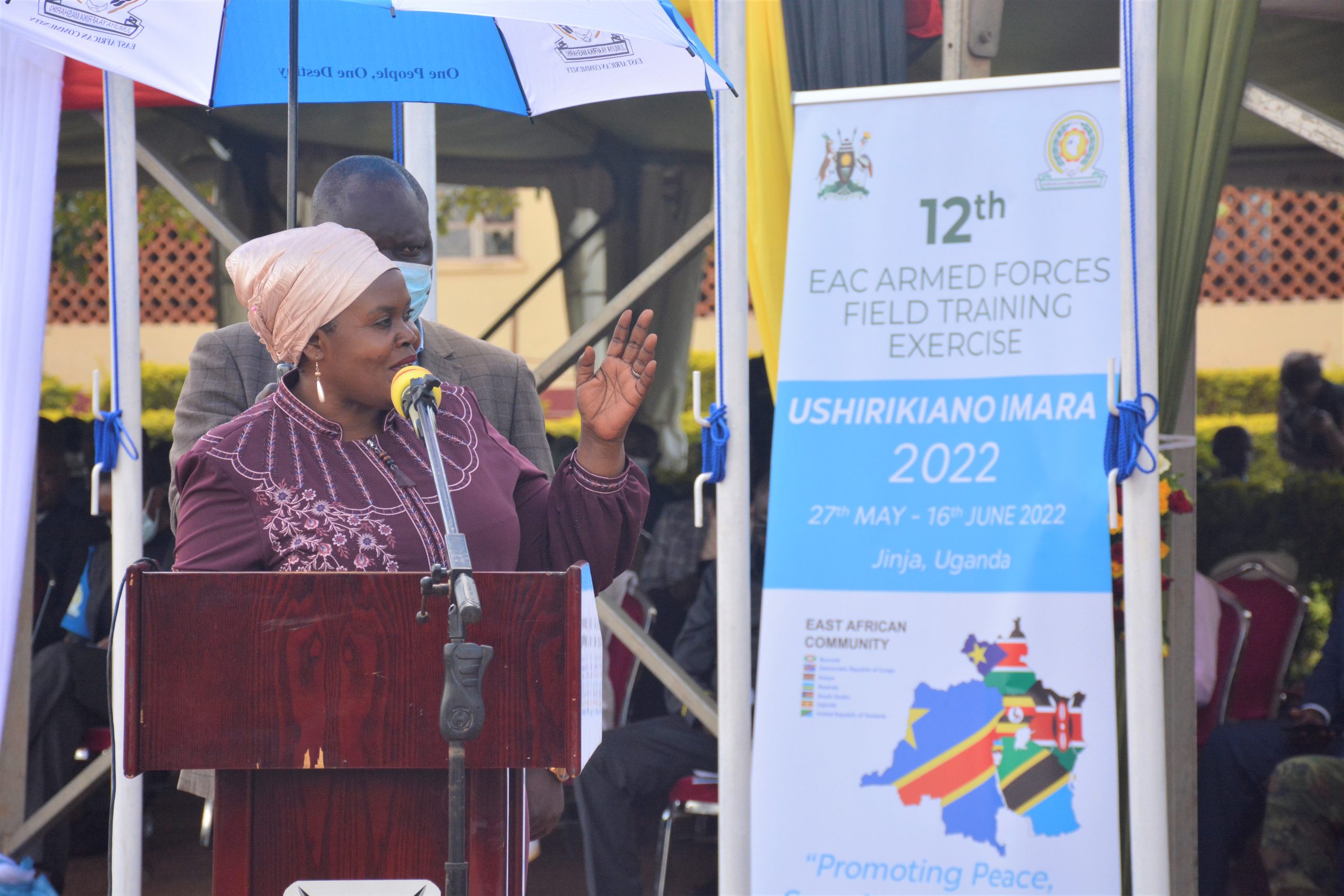 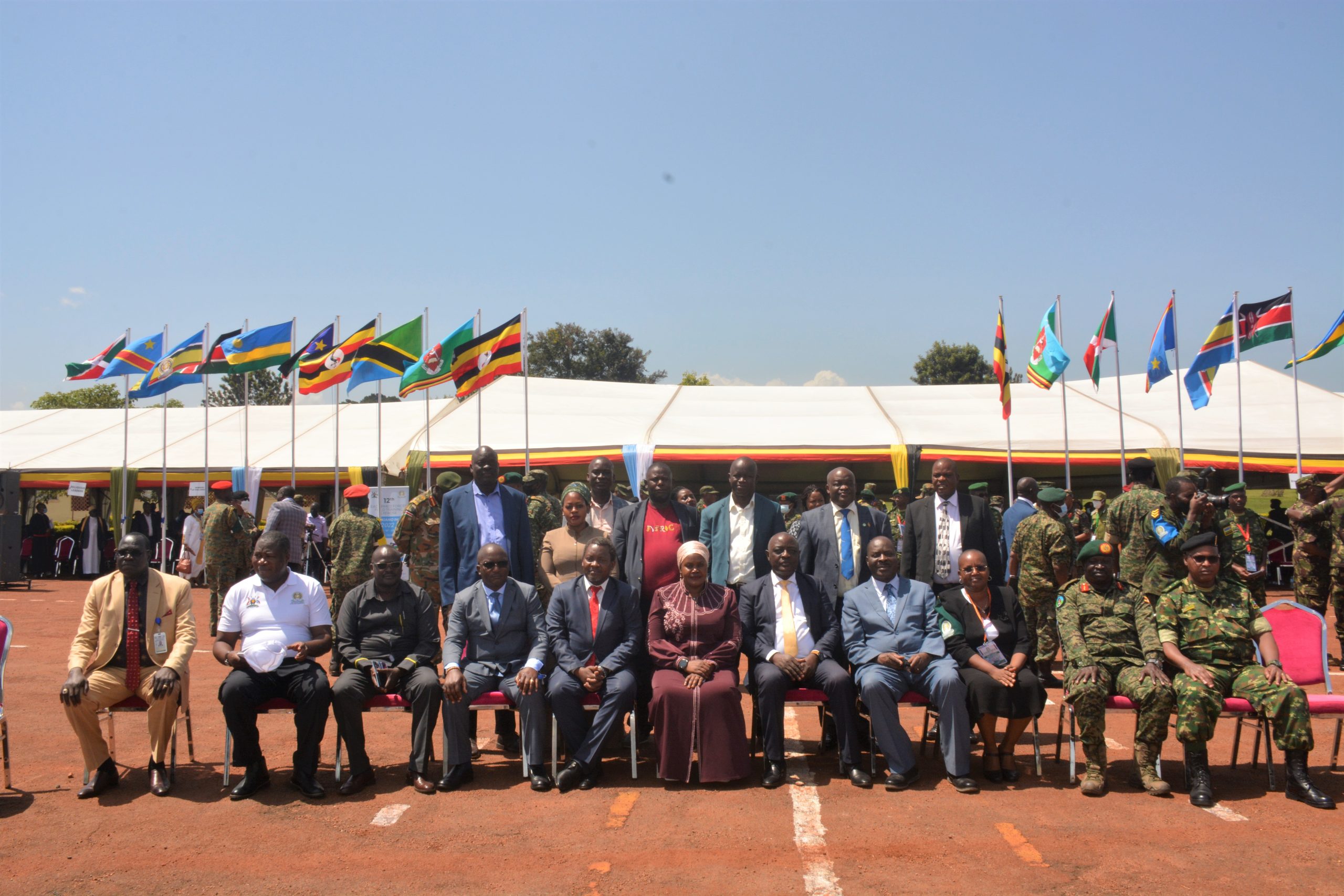 The 3rd Deputy Prime Minister Rt Hon. Lukia Nakadama in group photo with other Delegates and heads of the Mission 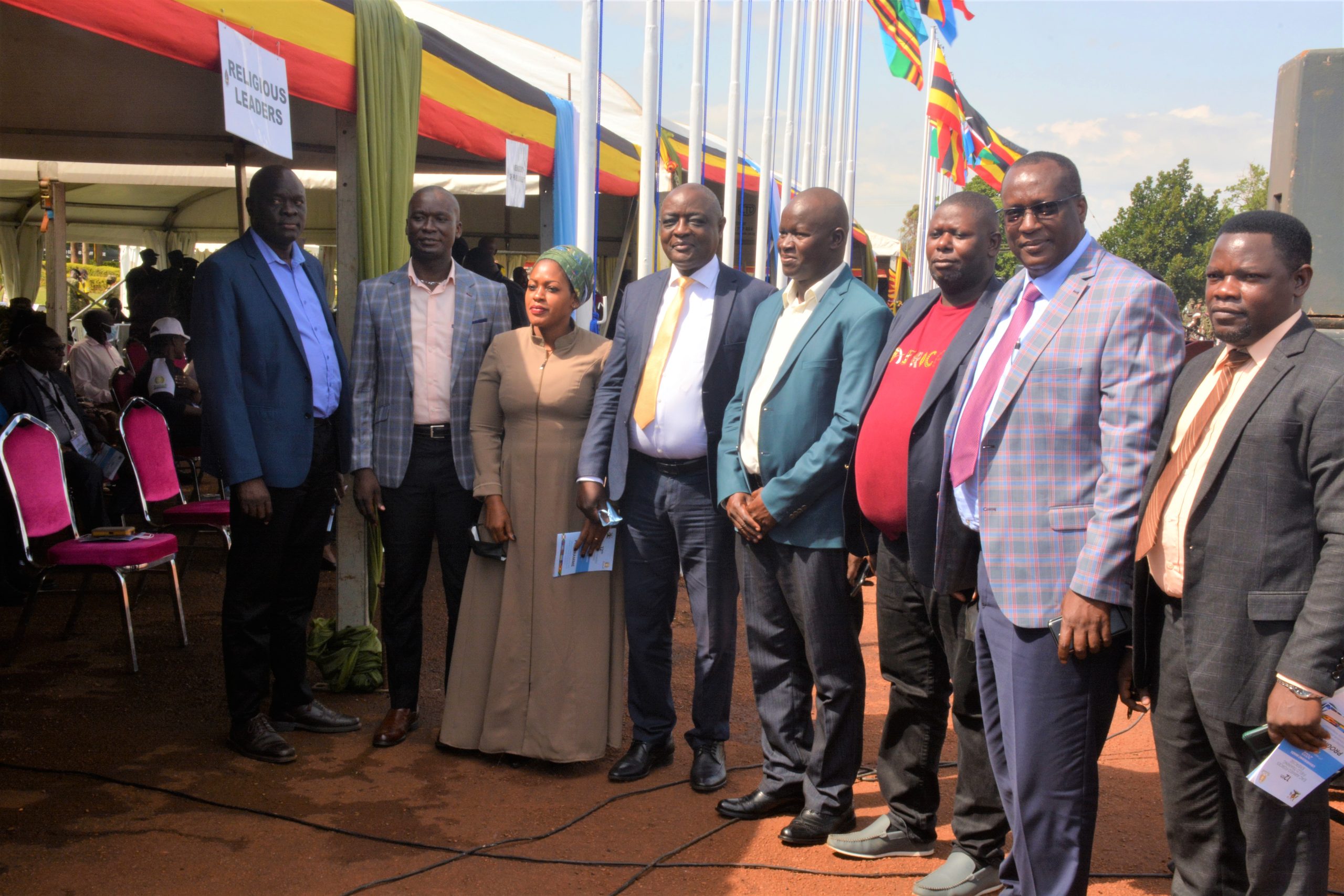 The 3rd Deputy Prime Minister Rt Hon. Lukia Nakadama in group photo with other delegates and heads of the Mission 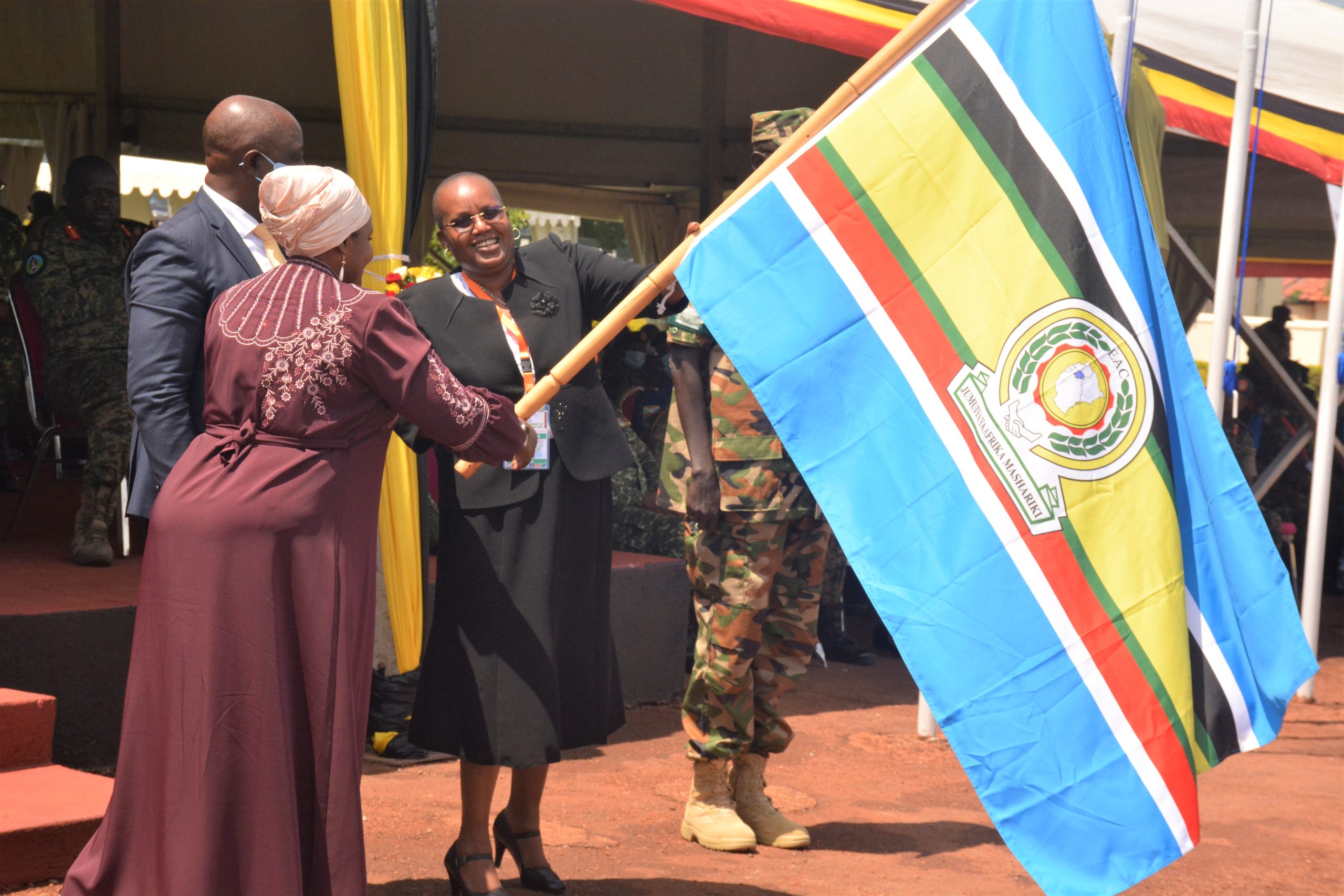 The 3rd Deputy Prime Rt Hon Lukia Nakadama hands over the EAC flag to Hon. Lydia Wanyoto the Head of the Mission 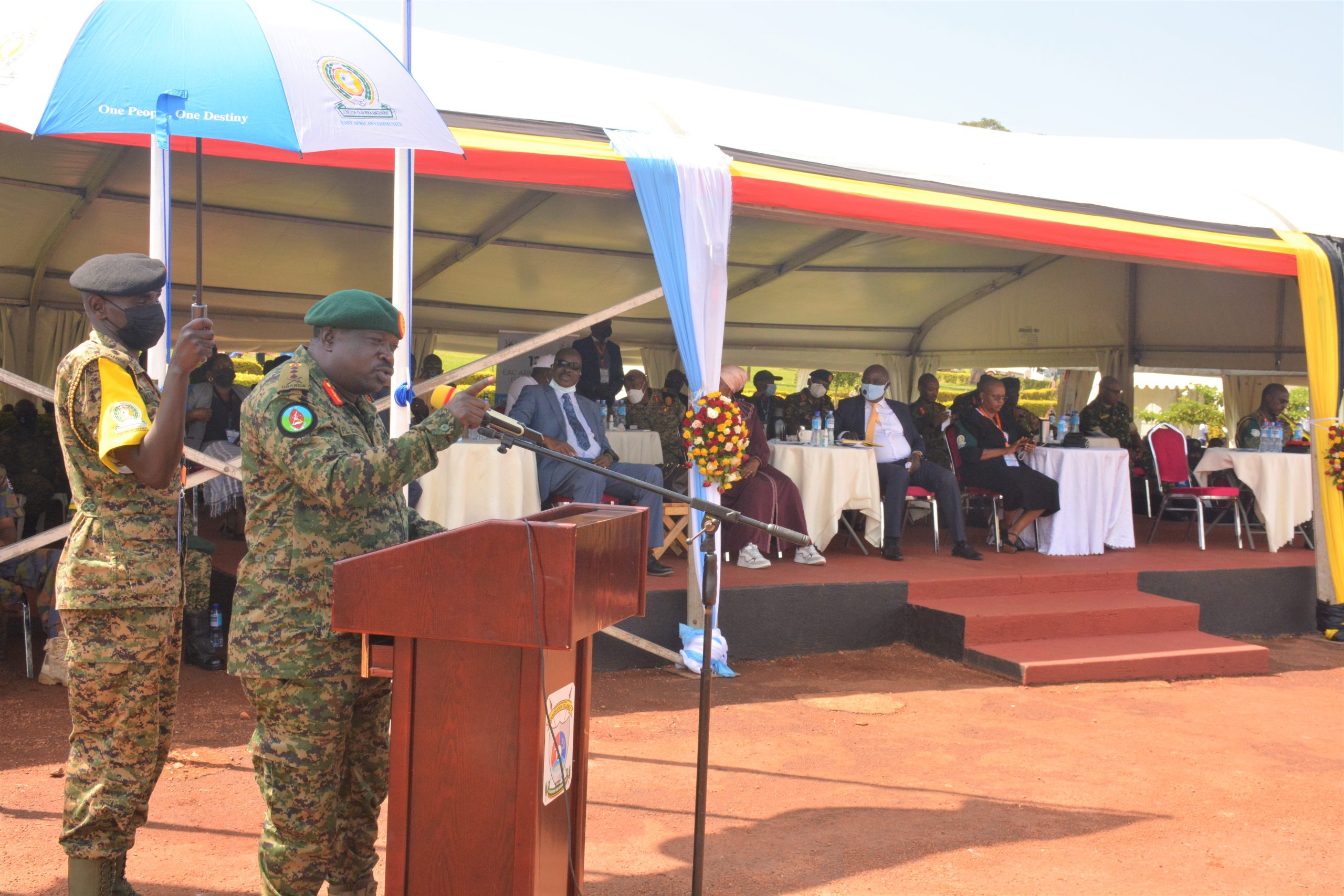 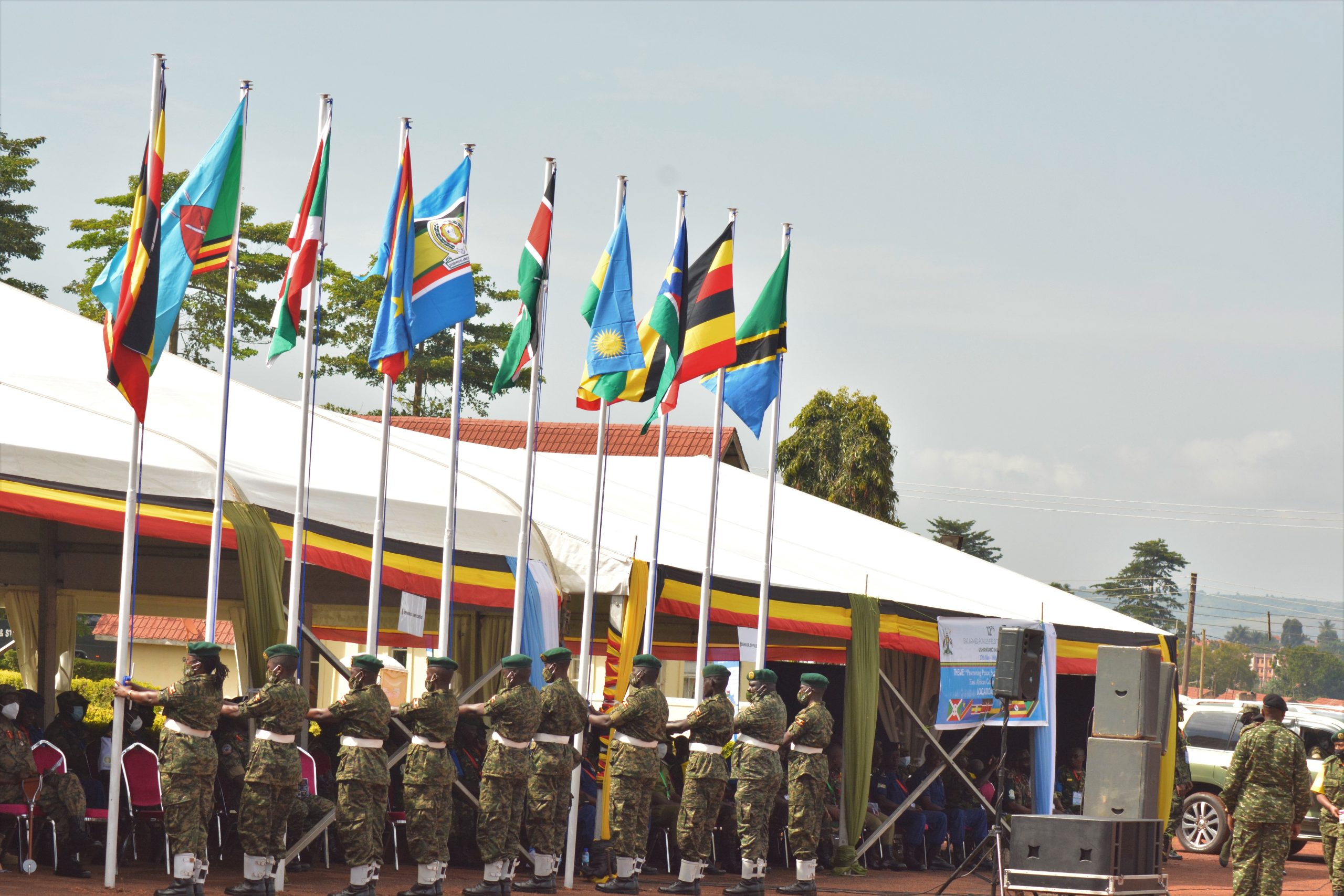 In her remarks, Hon Nakadama noted that the region is facing multiple security challenges and crises including armed conflict, environmental disasters, transnational crime and terrorism, among others.

“Terrorism and transnational crime have negatively impacted livelihoods, displacing communities and eroding the core of our human security,” she said.

She added that the12th Joint Field Training exercise provides the EAC Partner States an opportunity to build synergies and interoperability between our Armed Forces and their civilian stakeholders in addition to consolidating the EAC integration agenda.

Rt Hon Nakadama also remarked that it is important for regional militaries to continuously work out joint training modalities to engulf the emerging security threats.

“The joint training of EAC Partner States on thematic areas, such as peace support operations, counter terrorism, counter piracy and disaster management; creates a peaceful and stable environment for the social economic transformation of communities,” she noted.

The Deputy Premier urged participating Partner Forces to use this year’s exercise and harmonize regional efforts in conflict prevention and peace building for the prosperity of all the East African people.

He noted that its prudent for regional Armed Forces to continuously train in order to aptly respond to evolving security threats with greater versatility.

Hon Ssempijja called upon participating partner forces to draw as many lessons as possible from the joint training exercise to enhance and harmonize their regional efforts in the preventing and combating conflicts and other crisis situations.

Professor Gaspard Banyankimbona, the Executive Secretary Inter-Universities Council of East Africa (IUCEA) who represented Hon Dr. Peter Mathuki, the Secretary General of the East African Community, thanked the Government of Uganda for hosting and supporting the exercise that will enhance cooperation in defence and security affairs.

He said the areas of cooperation are embedded in the Protocol on four pillars namely; military training, joint operations, technical cooperation, visits and exchange of information.

Hon Mathuki noted that the exercise is meant to help participants on command, control, communication and information in combined joint operations; since security challenges in the region are addressed through joint security capabilities.

He further thanked the EAC partner states Armed Forces all the for their comradeship that will contribute to the further strengthening to cause of East African Community unity, mainly common defence, security, peace and development.

“When you finish the exercise take time and move around. Uganda is a very beautiful country with a wide range of natural and physical features, ” Lt Gen Elwelu noted.

The Exercise Director Maj Gen Don Nabasa appreciated the EAC partner states generous contribution towards funding the exercise budget to facilitate the and its attendant activities.

Maj Gen Nabasa remarked that the exercise involves conducting operations in an integrated manner among EAC Partner States to achieve capacity building and jointly combat complex security challenges within the region and beyond.

He said the exercise has gathered a total of 1533 participants from the six East African Community Partner States that include; Burundi, Kenya, Rwanda, South Sudan, Uganda and the United Republic of Tanzania. The newly admitted DRC will deploy 10 observers to the exercise.

The 12th Edition of the EAC Armed Forces Field Training Exercise started on 27th May and will run to 16th June 2022, in the eastern districts of Jinja, Buikwe and Mayuge.

The theme for this FTX is “Promoting Peace, Security and Stability towards the East African Community Integration.”

The opening ceremony was also attended by the Exercise Head of Mission Hon Lydia Wanyoto, Members of Parliament, EAC Defence and Security Chiefs, Defence Attachés and Defence Liaison Officers, District Commissioners from the greater Jinja district, Officers from the EAC, and UPDF Senior and Junior Officers, among other others.