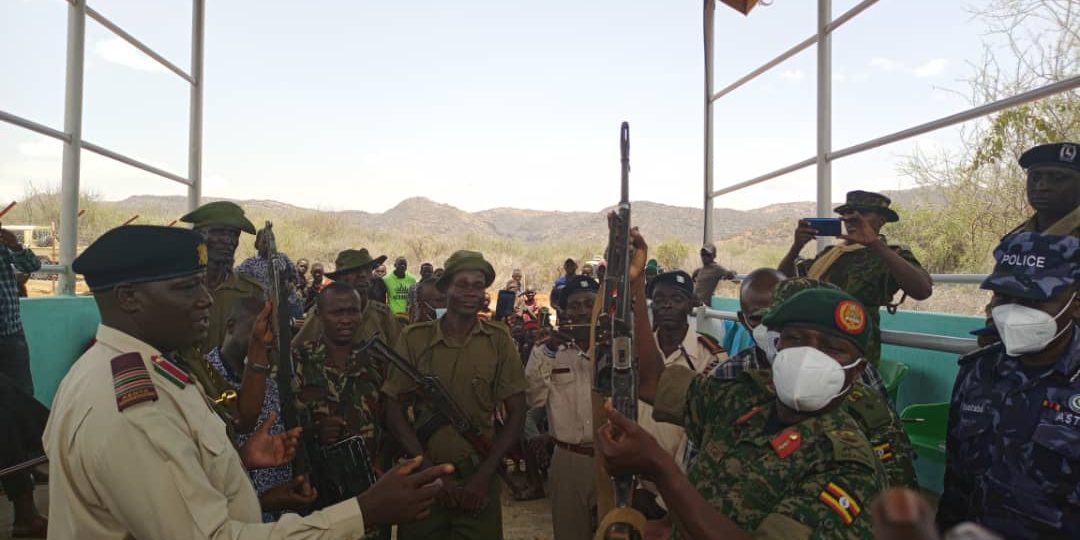 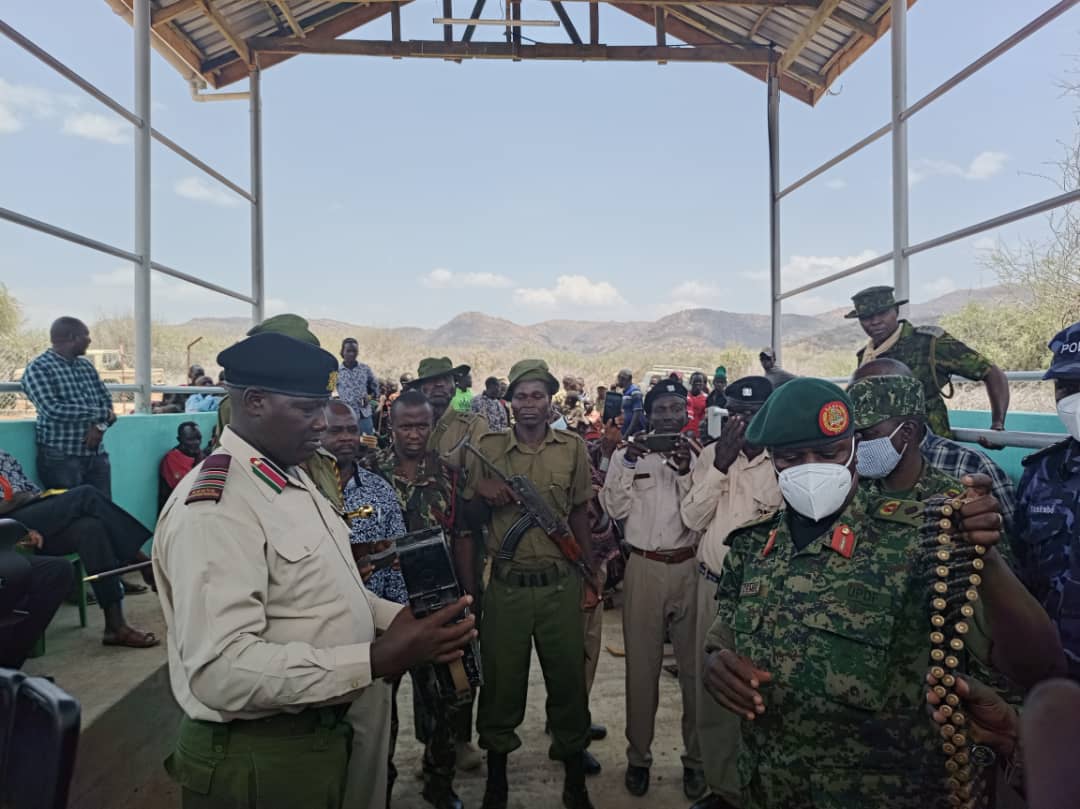 The two guns were initially seized by the armed Turkana and Matheniko criminal elements during an attack where three Ugandan Geologists and two UPDF soldiers were shot dead in Kubebe area, Lotisan Sub-County in Moroto District on 21 March 2022.

“We should emulate and implement the bilateral relations in place as has always been demonstrated by the Heads of State for both Uganda and Kenya,” Mr. Wopuwa noted.

He called upon national leaders from both Kenya and Uganda to embrace Pan-Africanism in pursuit of regional peace and security. 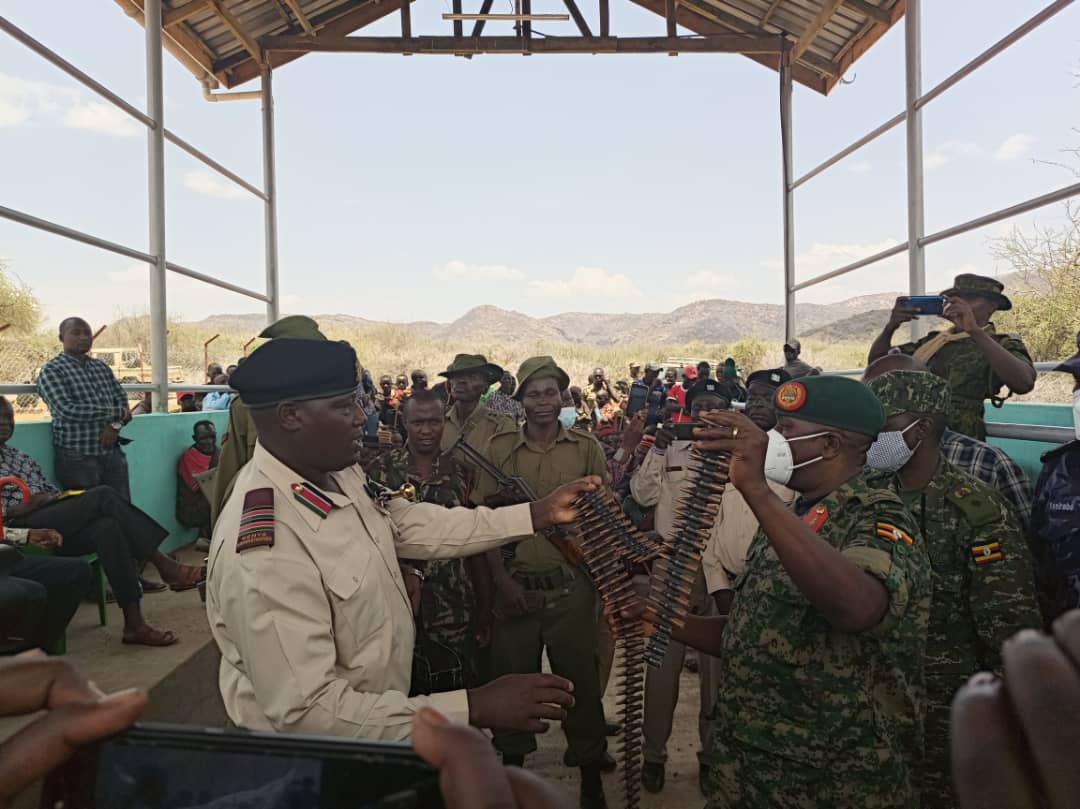 The Member of Parliament for Loima Constituency in Kenya, Hon Jeremiya Ekamais Lomekuri apologized to the Government of Uganda for the lives lost due to criminality.

He noted that issues of security are very sensitive especially at cross border points and called for technical and operational interventions to enable the peaceful co-existence of both communities. 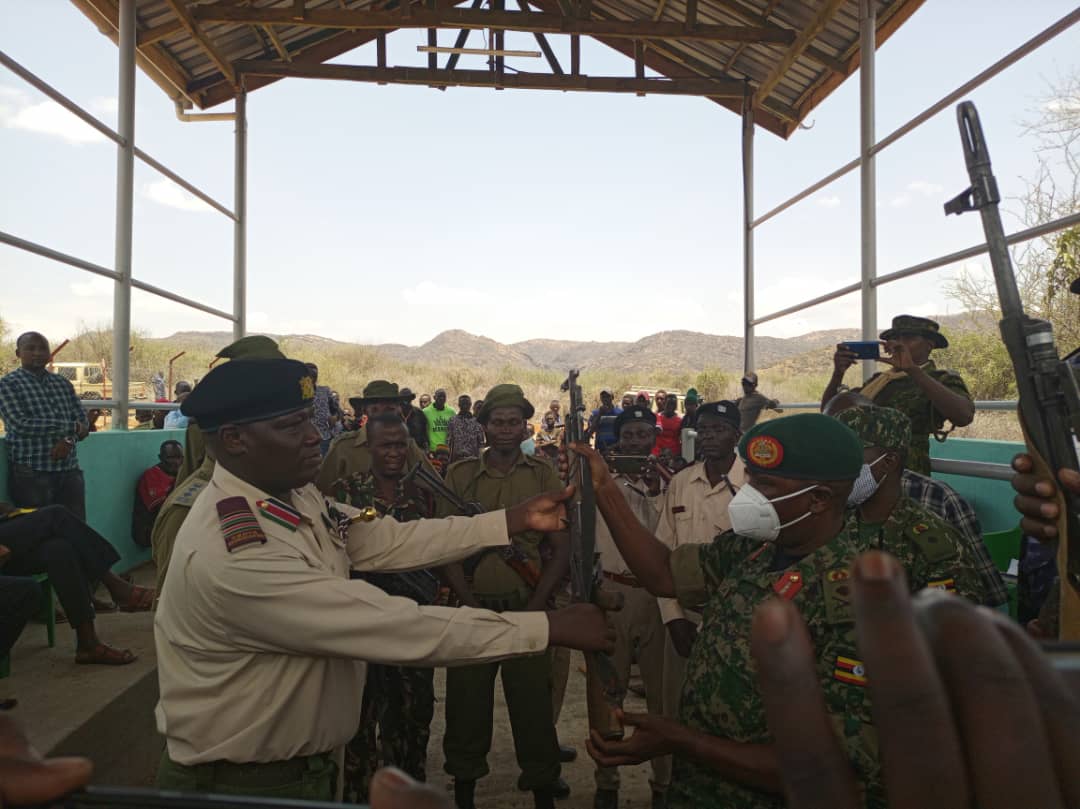 “You must work tirelessly, arrest the perpetrators of criminality and charge them in courts of law,” he   stressed.

He mentioned that the existing bilateral relations only allow cross border grazing once the pastoralists are unarmed and non-violent. He called for absolute measures to stop the re-arming of criminals. 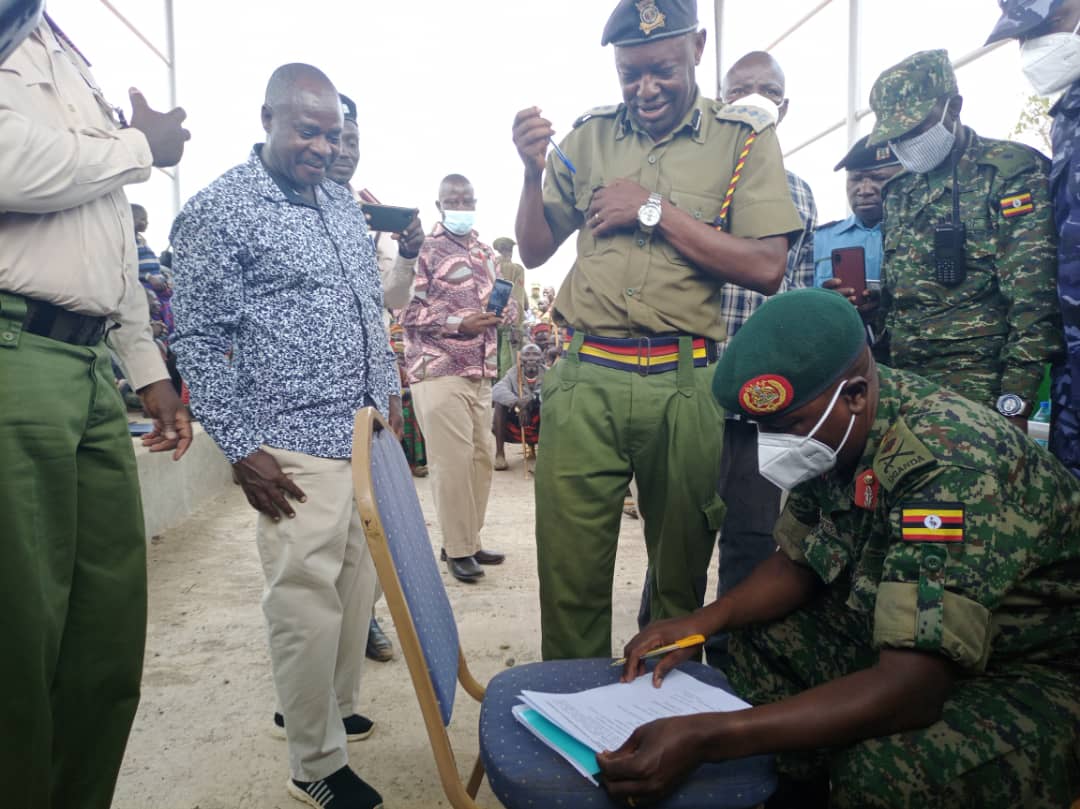 On his part, the Deputy County Commissioner for Loima, Mr Tirop Timothy pledged total commitment towards the hunt for the prime suspects who actively participate in the murder of innocent persons in Uganda during cattle raids.

“Our heads are in this corridor to dig out and arrest these criminals who are still at large. We shall cooperate and coordinate for this noble course,” reaffirmed Mr.Tirop. 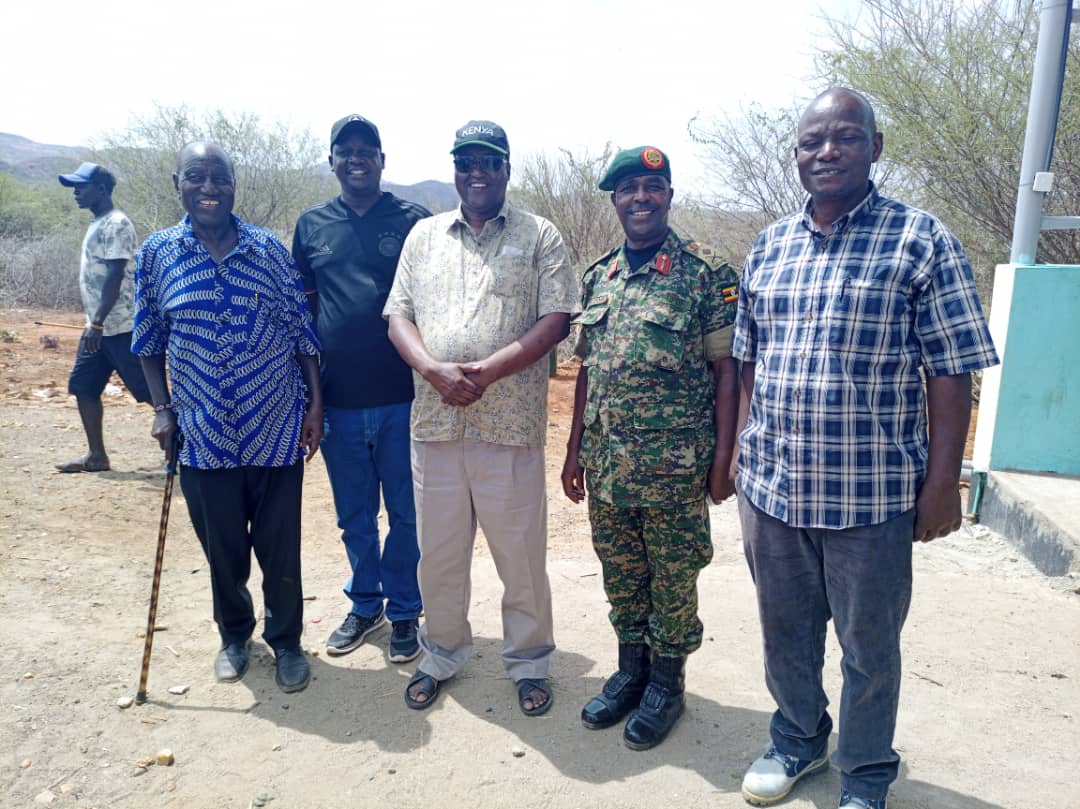