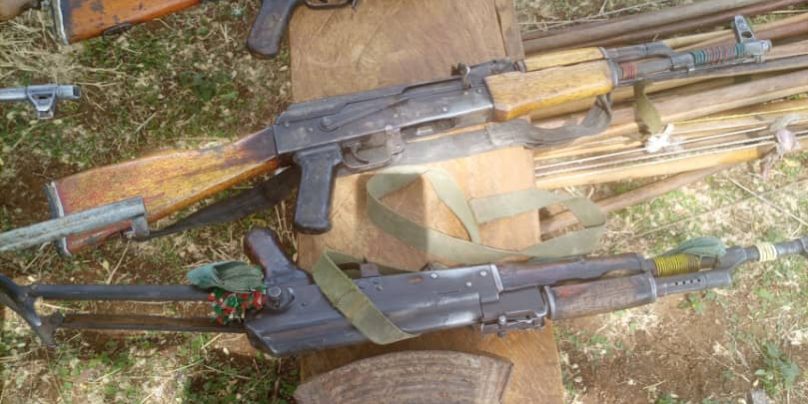 The ongoing joint security forces operation, code named “Usalama Kwa Wote” against illegal guns and ammunitions in Karamoja sub-region has led to the recovery of 17 illegal guns, 1724 warriors arrested and 316 have been prosecuted. 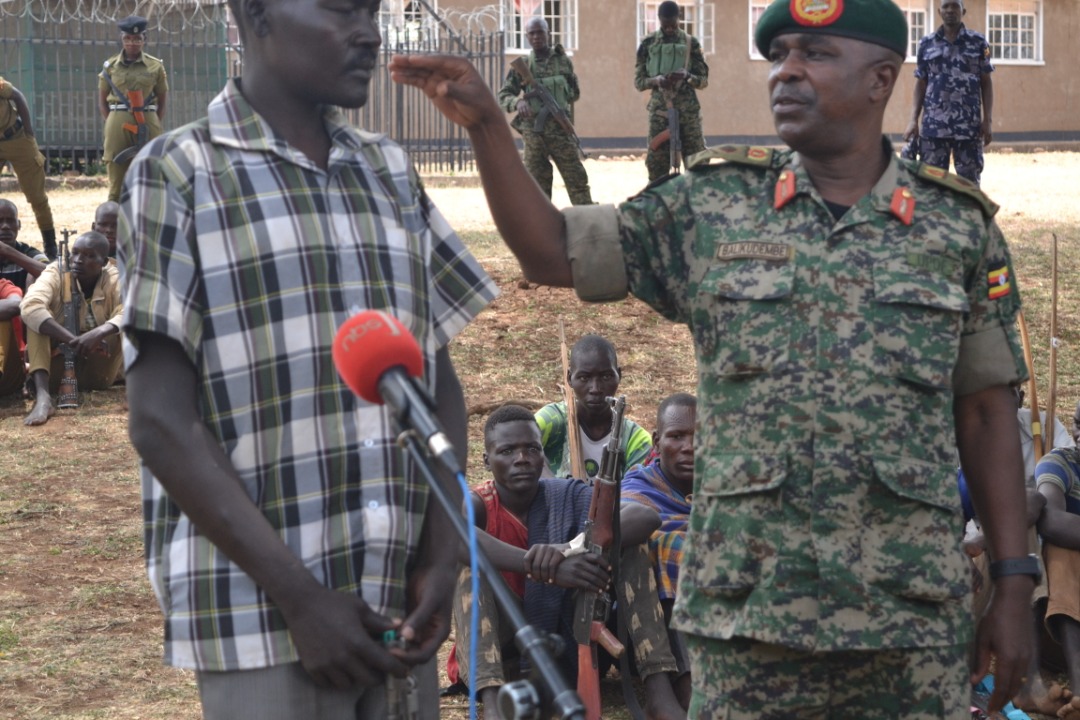 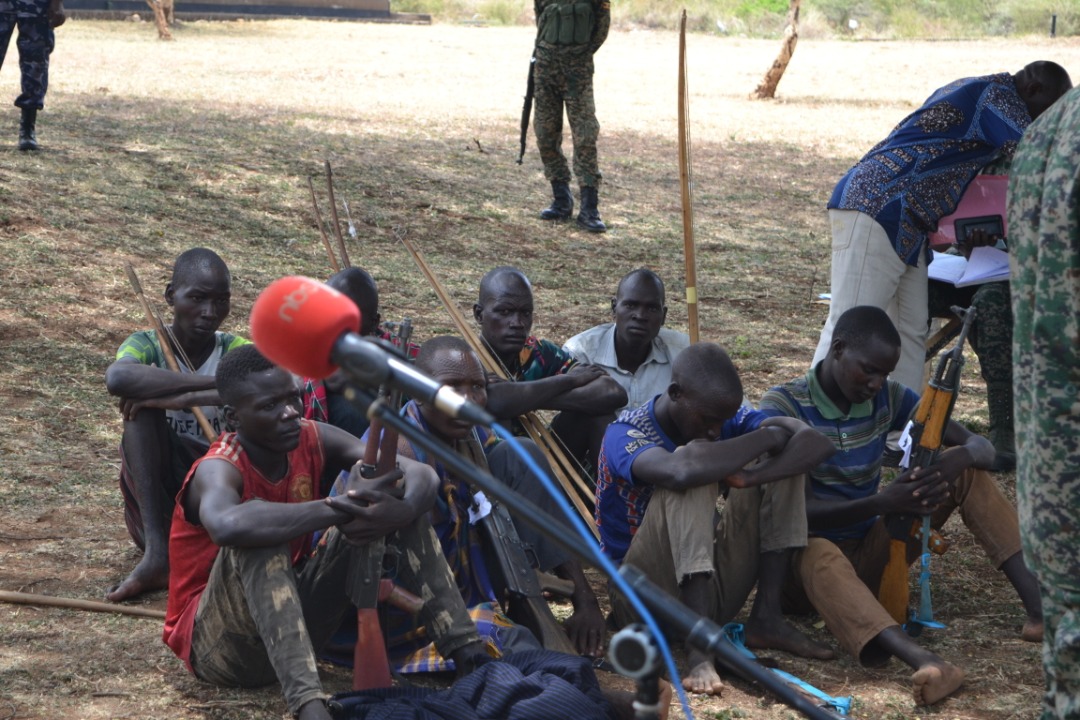 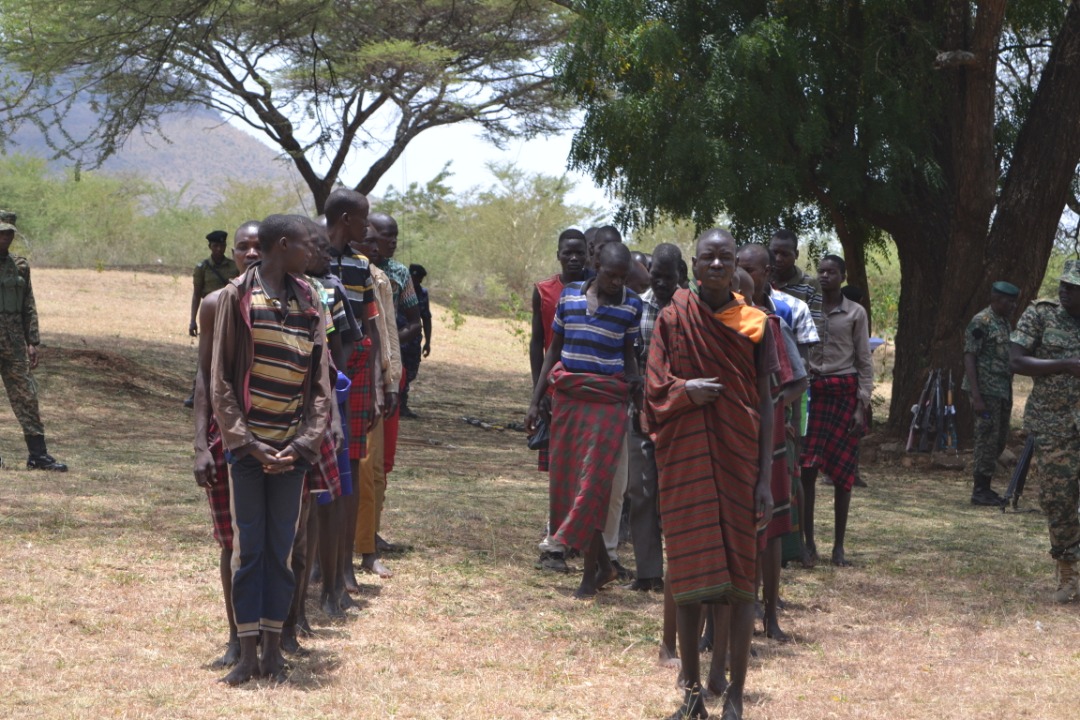 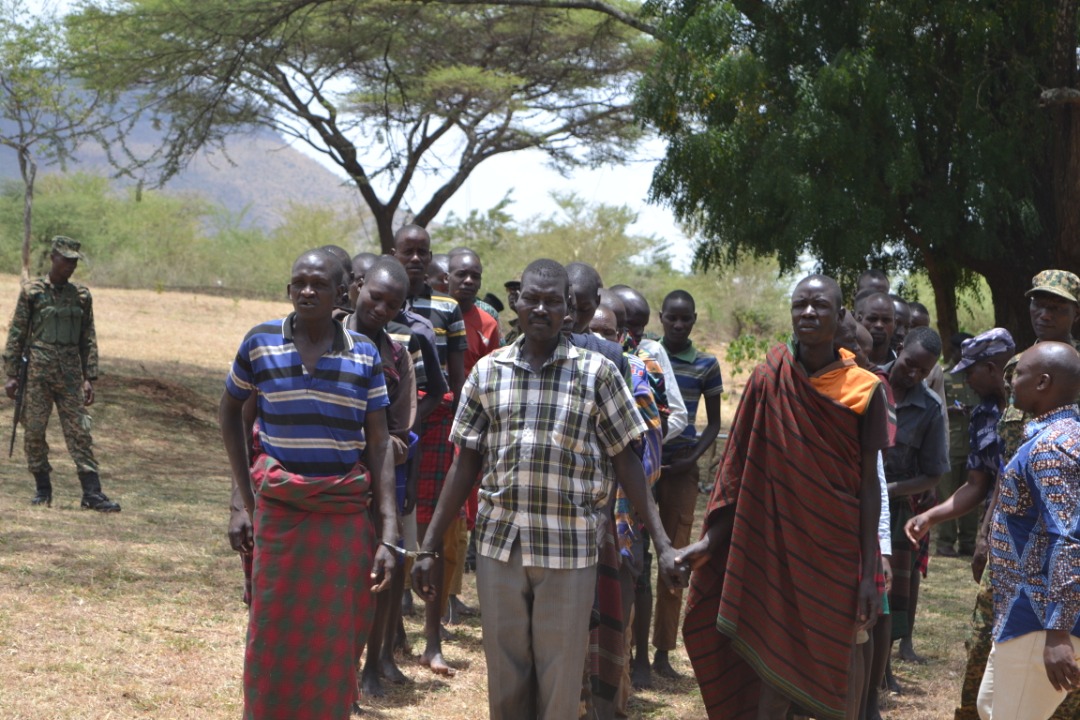 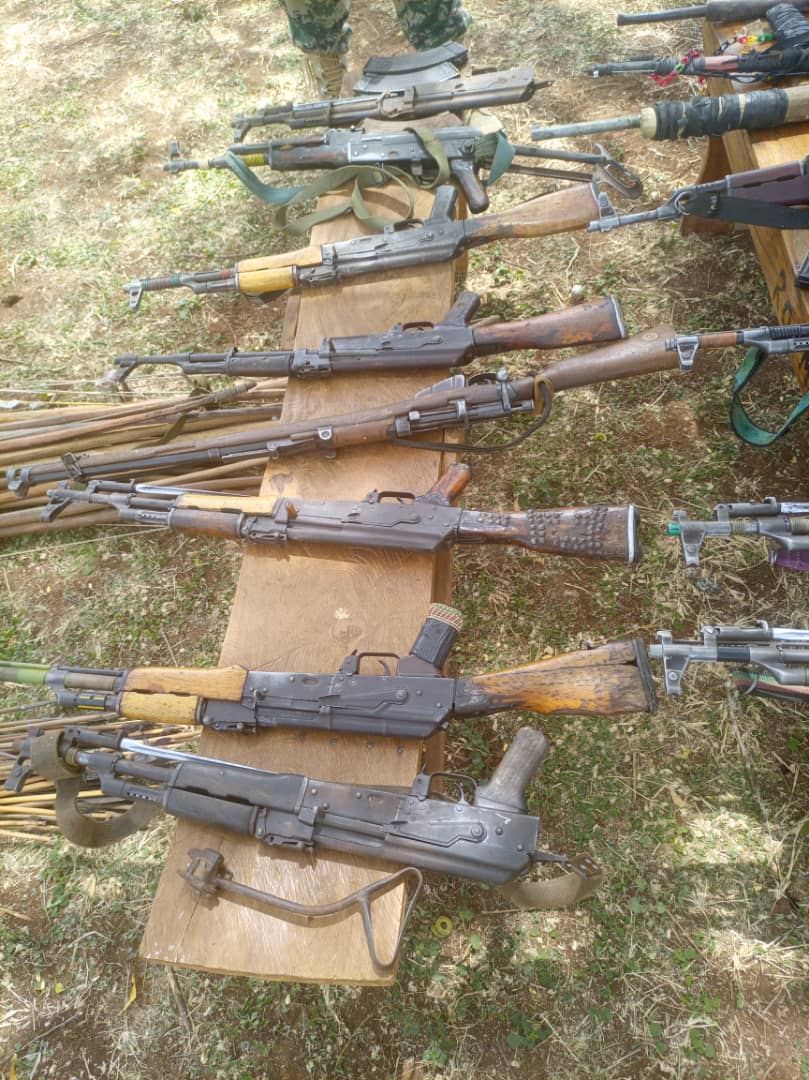 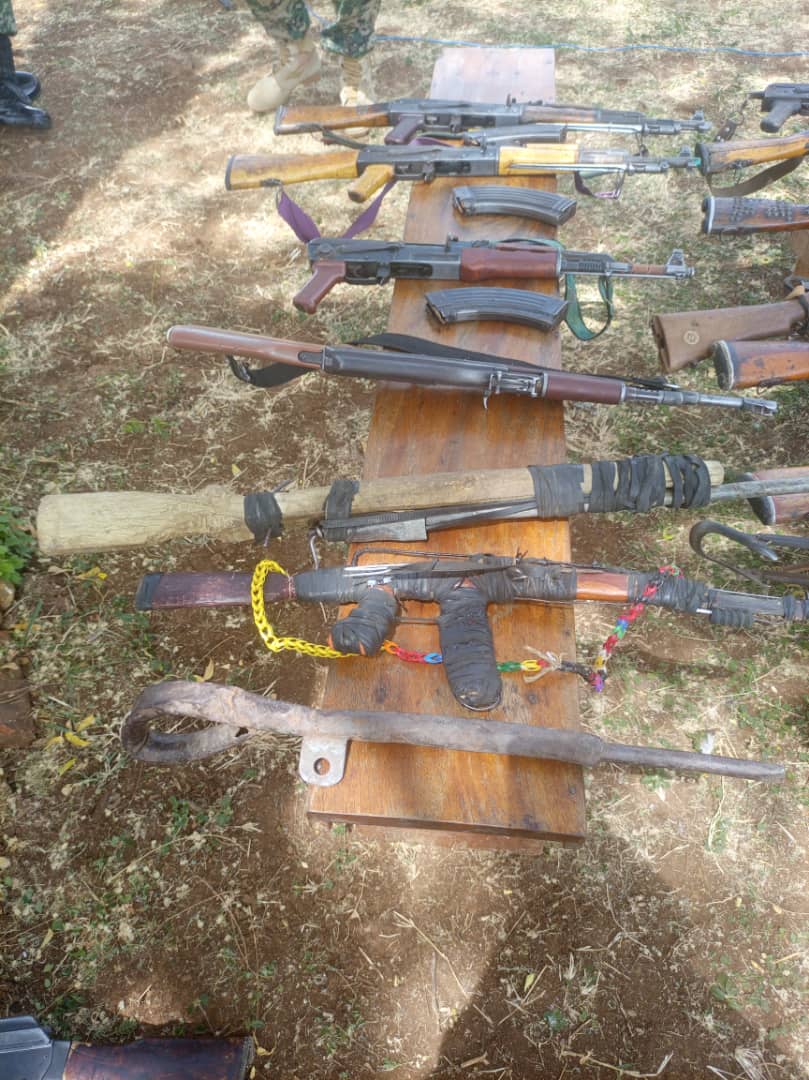 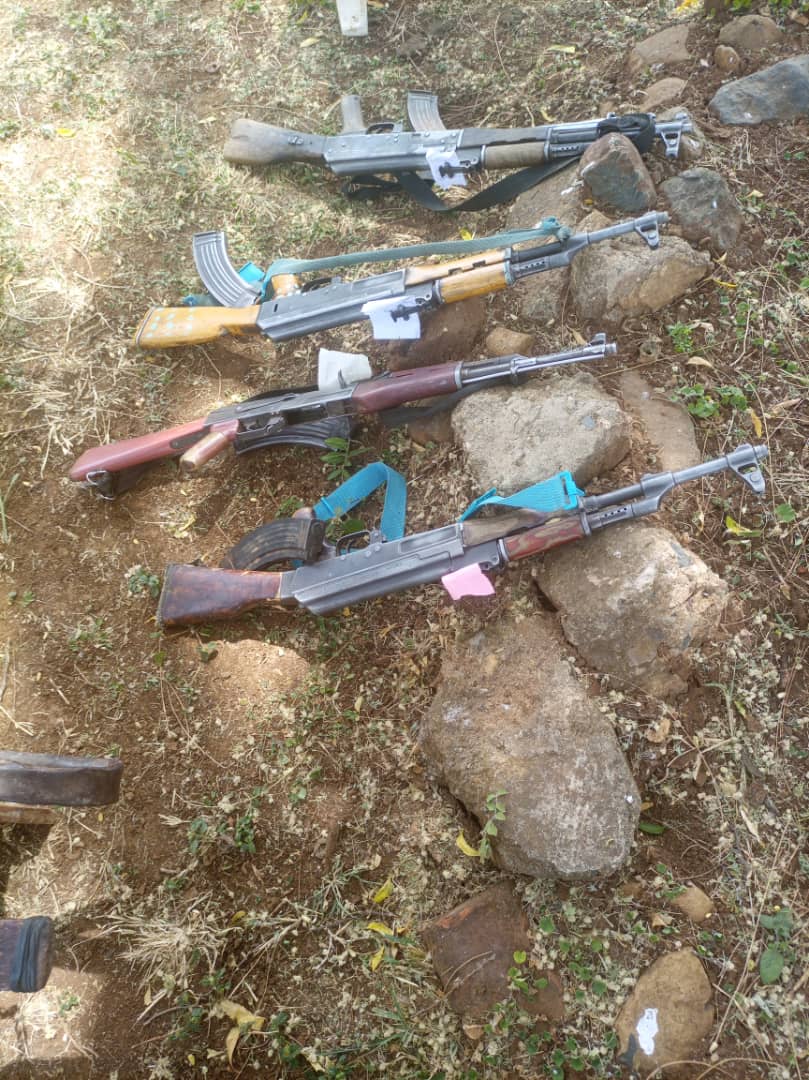 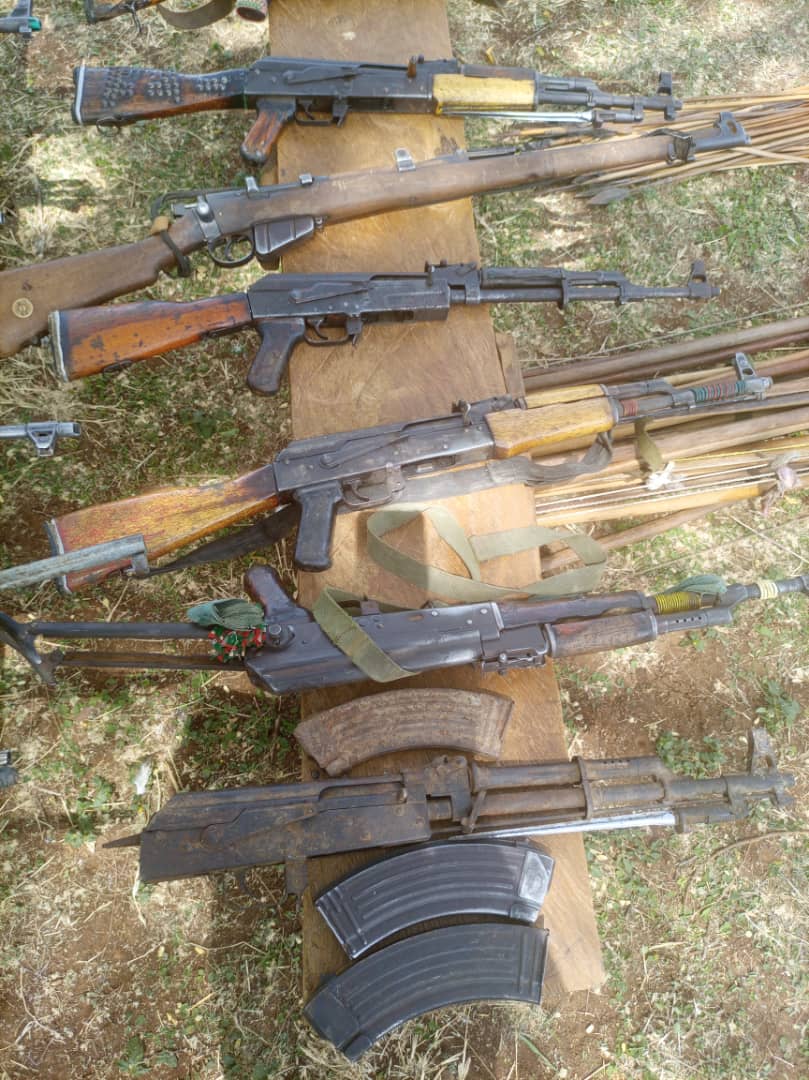 The commander of the UPDF 3 Division and overall Commander of the operation Brig Gen Joseph Balikudembe during a press briefing in Moroto revealed that the cordon and search intelligence-led operation against the possession of illegal guns and livestock theft in Karamoja intends to restore peace since they have developed capacity to effectively fight the warriors.

The Commandant of the Anti-Stock Theft Unit (ASTU) in Karamoja Elias Kasirabo explained that the security forces will continue to put out of action any enemies of peace in the sub region irrespective of the changing tactics from the warriors.

The operation has also recovered 170 illegal riffles, 2232 Rounds of Ammunition and 15,558 stolen cattle since its inception in July 2021.

It has also been observed that the warriors have resorted to using poisonous bows and arrows as alternative weapons during livestock raids in Kotido, Moroto and Nakapilipilit districts.

‘Usalama Kwa Wote’ loosely translated as ‘Peace for All’ aims at the total restoration of peace and security in Karamoja sub-region.