He said this does not only waste the environment but also increases security threats in the region as pastoralists wonder to secure fresh pasture in the new unburnt areas.

Brig Gen Balikudembe made this call while on a radio talk show hosted by Mr. Moses Logwe this afternoon on UBC Moroto station.

“Pastoralists involved in grass burning must stop because its a destruction to livestock food. People must respect nature, ” he noted, adding that grass burning is not only destructive to livestock but also destroys humanity as property maybe burnt during the unnecessary fire outbreaks. 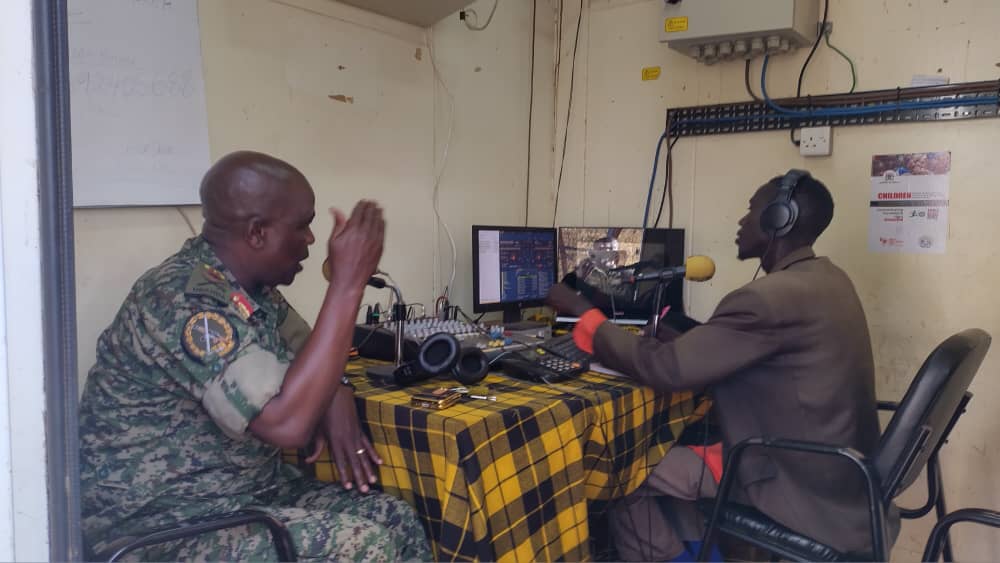 According to Brig Gen Balikudembe, recently, pastoralists in the region started burning grass to hunt for wild rats; which spread wild fires to the neighboring areas of Acholi, Teso and Sebei. He warned that grass burning is prohibited and anyone found in the unlawful act will be arrested and prosecuted.

The 3 Division Infantry Commander further urged locals and their leaders to be vigilant and bring culprits to book. He also reminded listeners that the overall security situation in the region is still calm despite the few cattle thefts in some areas. He explained that the ongoing joint security forces operation in the region, code named: “Usalama Kwa Wote”, loosely translated as “Peace for All” have made significant strides in terms of illegal arms recovery, through both voluntarily and forceful means.

The operation was launched in July 2021, and initially called for voluntary handover of all guns in illegal hands but was later violated.

Due to those violations, on 16 May 2022, a simultaneous operation was launched to forcefully recover all illegal guns that fuel cattle rustling.

As a result of this operation, over 390 guns have so far been recovered from criminal elements, hardcore warriors have been put out of action, while others have been arrested and prosecuted. Some 102 guns were recovered following random cordon and search operations. 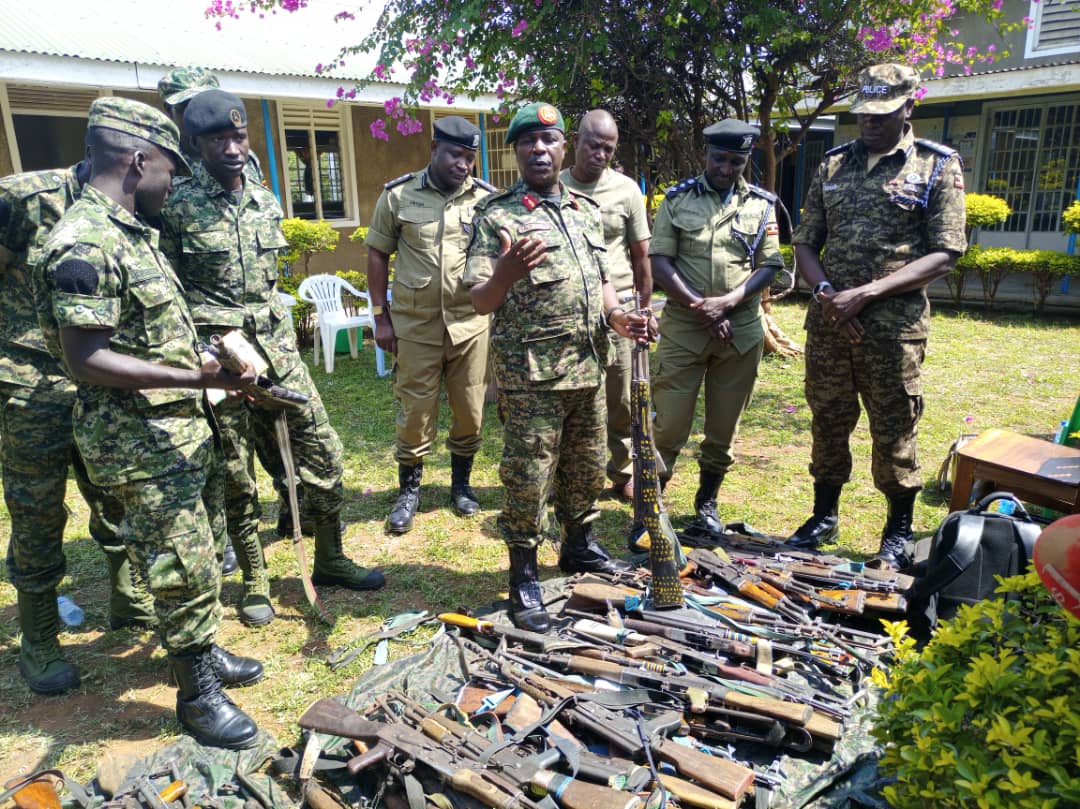 The 3 Division Commander, who also doubles as the chairperson of the Joint Defence and Security Committee on Disarmament in Karamoja Sub Region commended the local leadership for supporting government efforts against illegal guns in the region.

He added that the Kenyan government is progressively working out joint security mechanisms with Uganda to curtail cattle rustling between the Turkana and Matheniko from Kenya, and the Pokot from Uganda.

To this, more guns shall be recovered while small arms proliferation will be curtailed to foster security, peace and enhance bilateral relations between East African Countries.