The Uganda Peoples’ Defence Forces (UPDF) has today partnered with the Local Governments of Manafwa and Mbale districts to promote orchard farming and environmental conservation in the Elgon Sub-region.

The launch of fruits distribution and planting was conducted at the Military Police Barracks in Mbale City by UPDF and other Senior Government leaders.

Speaking at function, the Resident City Commissioner (RCC) for Mbale City Mr. Ahamada Wasaki commended both the President and Commander-In-Chief of the UPDF Gen Yoweri Kaguta Museveni and the entire UPDF leadership for conducting the last edition of the Defence Forces Week that realized the need for environmental protection in the Elgon Sub-region. He said: ” We are here to enforce the Presidential Directive on environmental conservation and protection.”

The RCC called upon residents to work towards the promotion and protection of the environment since it’s now criminal to engage in unlawful activities like wetland encroachment and deforestation.

The Zonal Commander Lt Col John Luyima, who spoke on behalf of the UPDF 3 Infantry Division Commander Brig Gen Joseph Balikudembe, noted that UPDF will always stay committed to steering activities that cause social economic transformation to the people of the Elgon Sub-region and beyond. “As UPDF we are delighted and remain focused towards the course for the promotion of fruit production and having a conducive ecosystem for our people,” he said. He promised that the same activities will eventually roll out to other districts but in a phased manner.

His Worship, Mayor of Mbale City Namugali Cassim, appreciated the good gesture from UPDF of extending fruit tree seedlings to residents. He called upon beneficiaries to ensure the steady growth of all the seedlings. 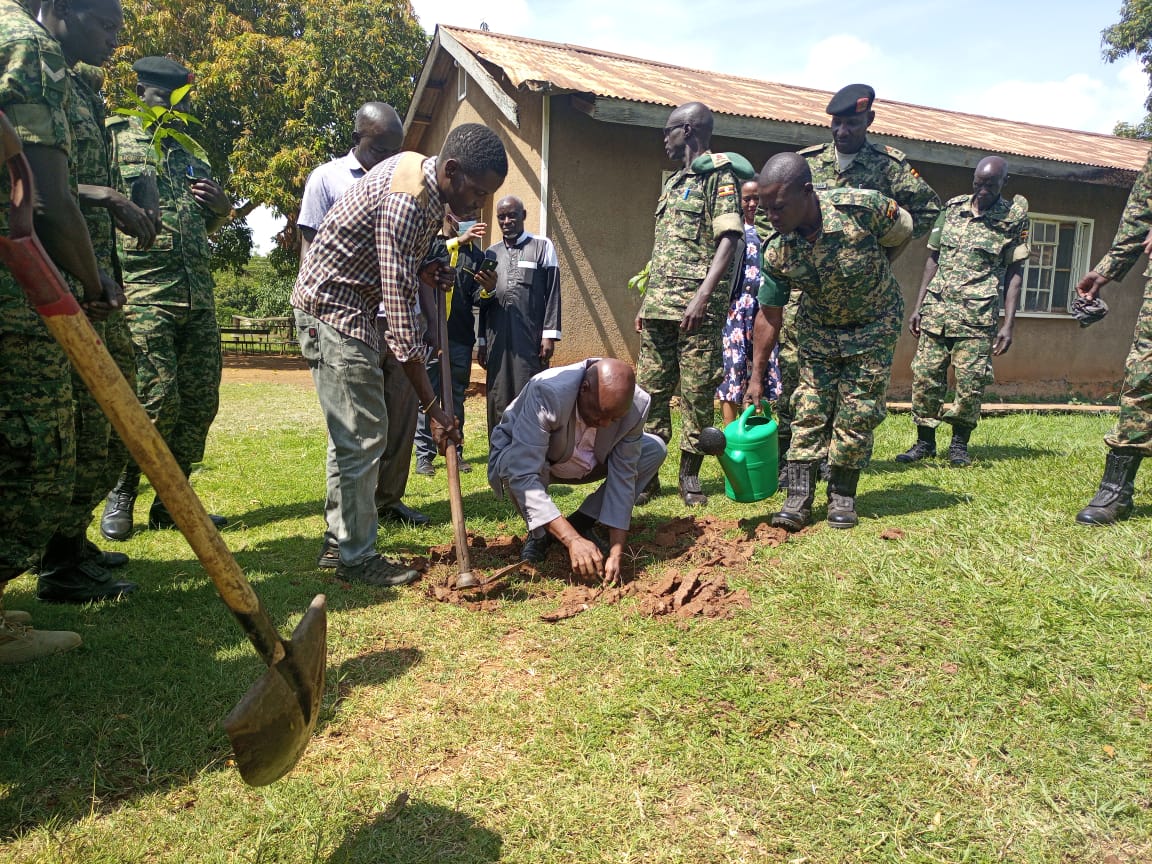 Mayor Cassim noted that besides environmental conservation, the fruit seedlings will benefit people in the Elgon Sub – region with food, are a health multiplier and have some economic value.

The region was recently hit by recent torrential rains causing loss of lives and property. “Its very easy to cut a tree but sometimes difficult to destroy a fruit tree as it offers food,” His Worship Namugali Cassim scoffed.

The City Senior Environmental Officer Ms. Nyaribi Rhoda, (SEO) who spoke on behalf of the environmental team alluded that besides fruit   production and acting as wind breakers, the fruit planting initiative also helps to moderate climatic conditions and provides a good breeze for humanity. 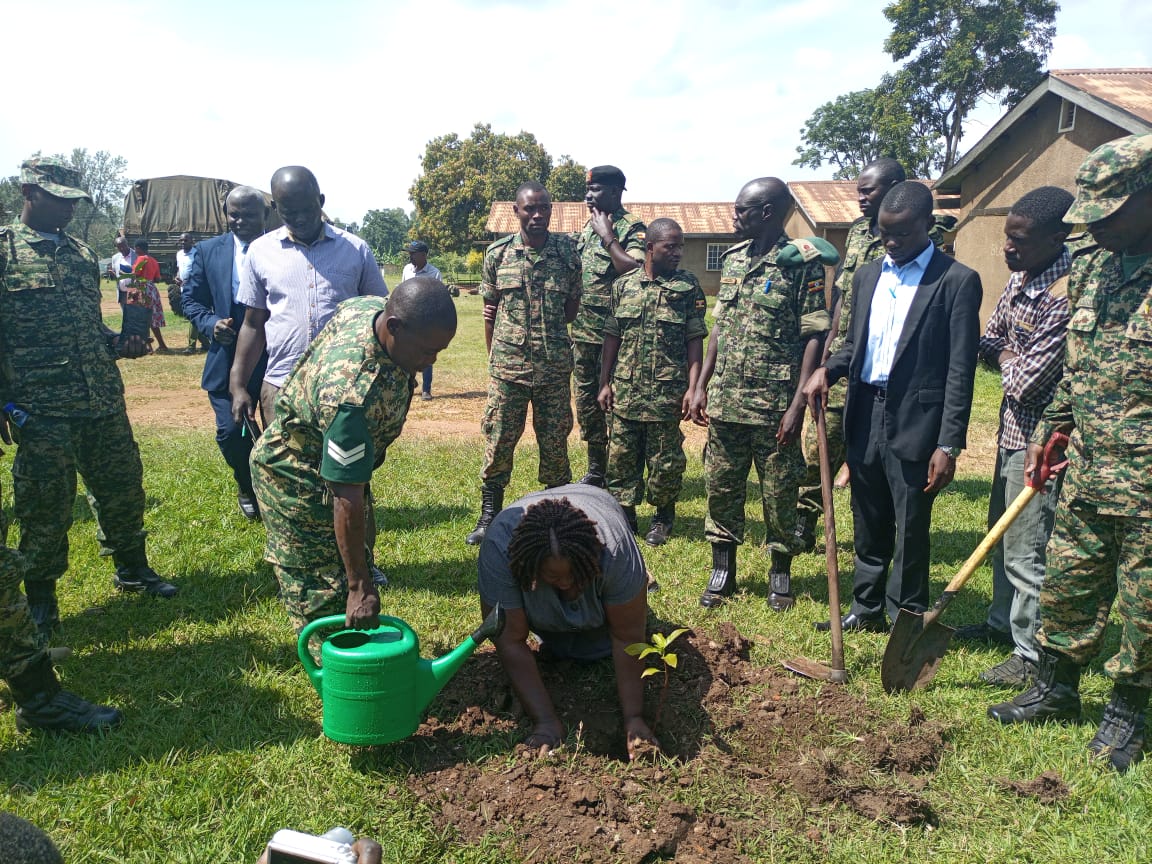 She explained that the green campaign plan is targeting to plant over a million trees for each constituency; and aims at mitigating effects caused by climatic change. “As environmentalists, we are committed to ensure that these seedlings are planted, watered   and monitored,” Ms.  Nyaribi assured participants.

She also requested for more fruit tree seedlings from UPDF.

The target beneficiaries for phase one tree seedlings distribution are Schools and organized communities in Mbale City, Mbale and Manafwa Districts with each Government administrative unit taking 1500 fruit seedlings.

The 5000 fruit tree seedlings that were earlier donated by ONE MILLION TREE INTERNATIONAL company to support the 41st Army Week and Defence Forces Activities will be distributed and planted in selected areas around the Elgon Sub -region. 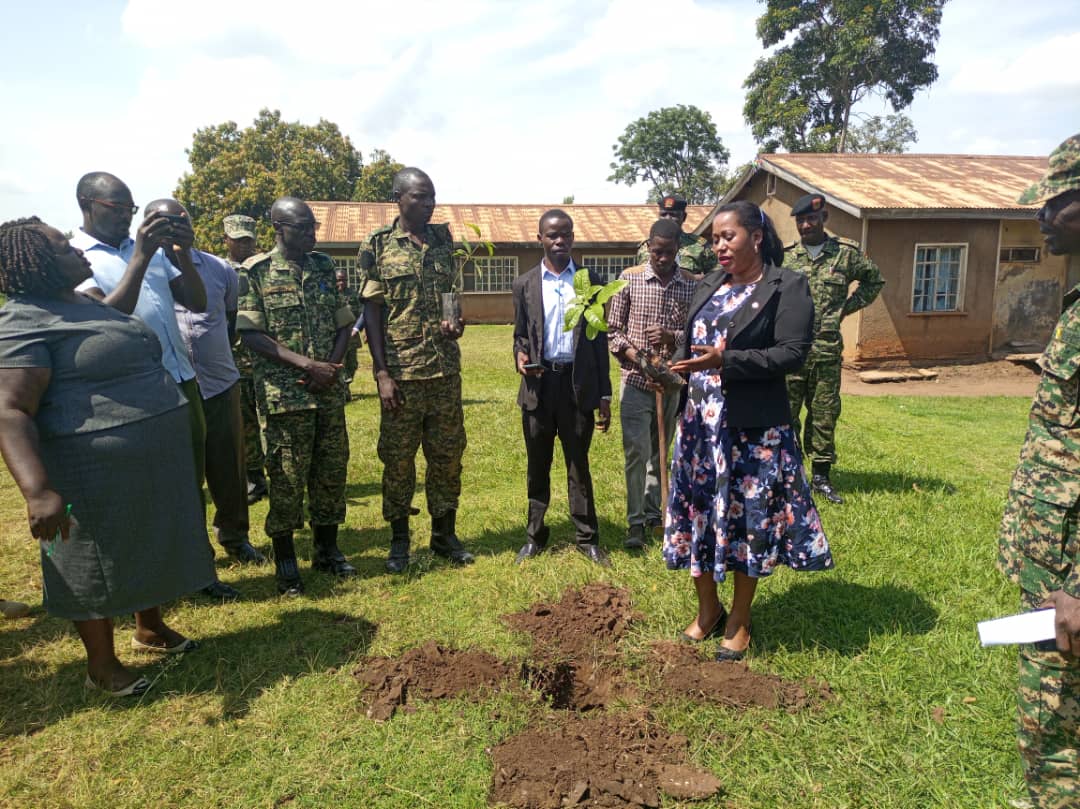 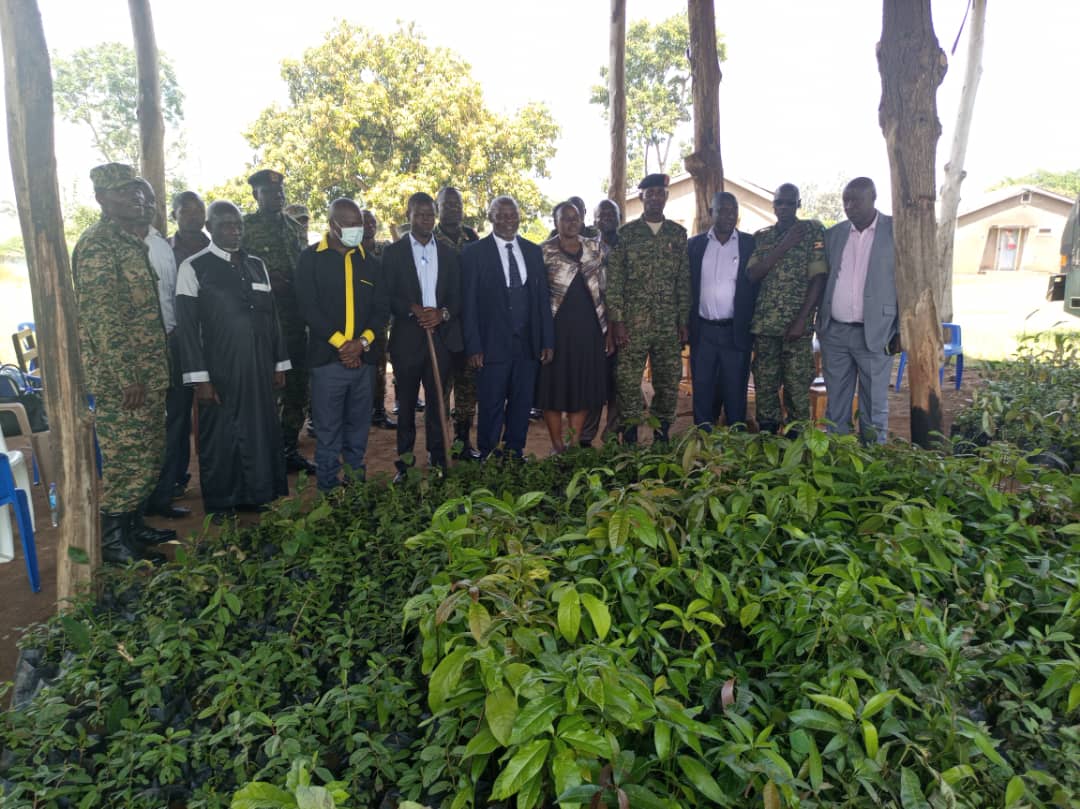