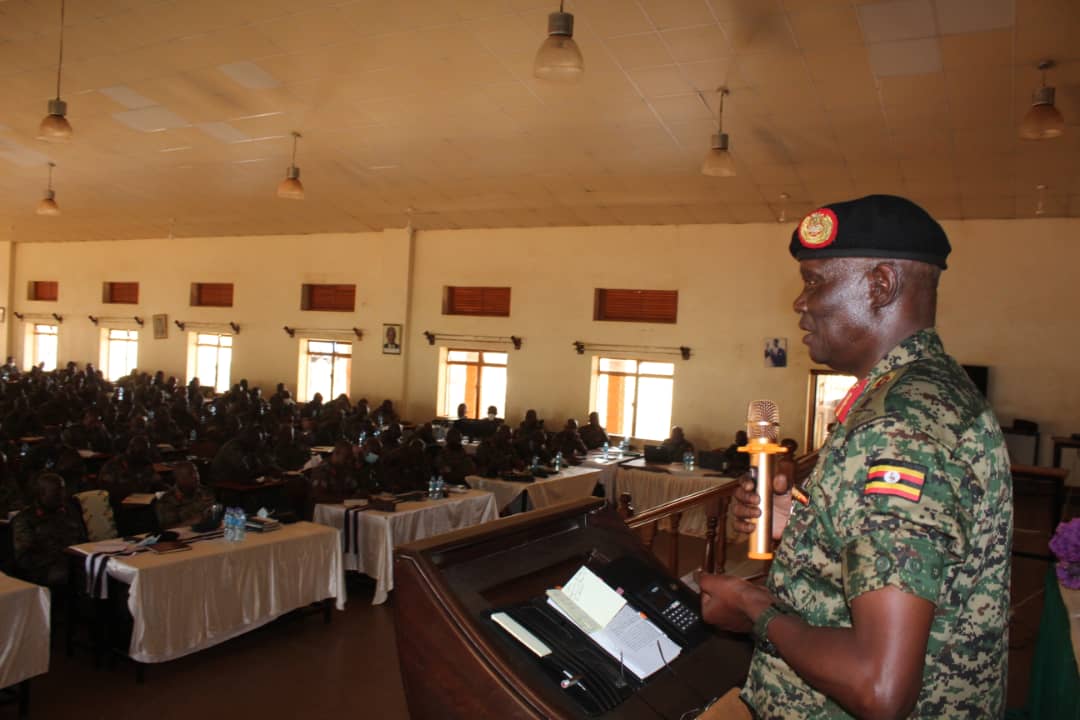 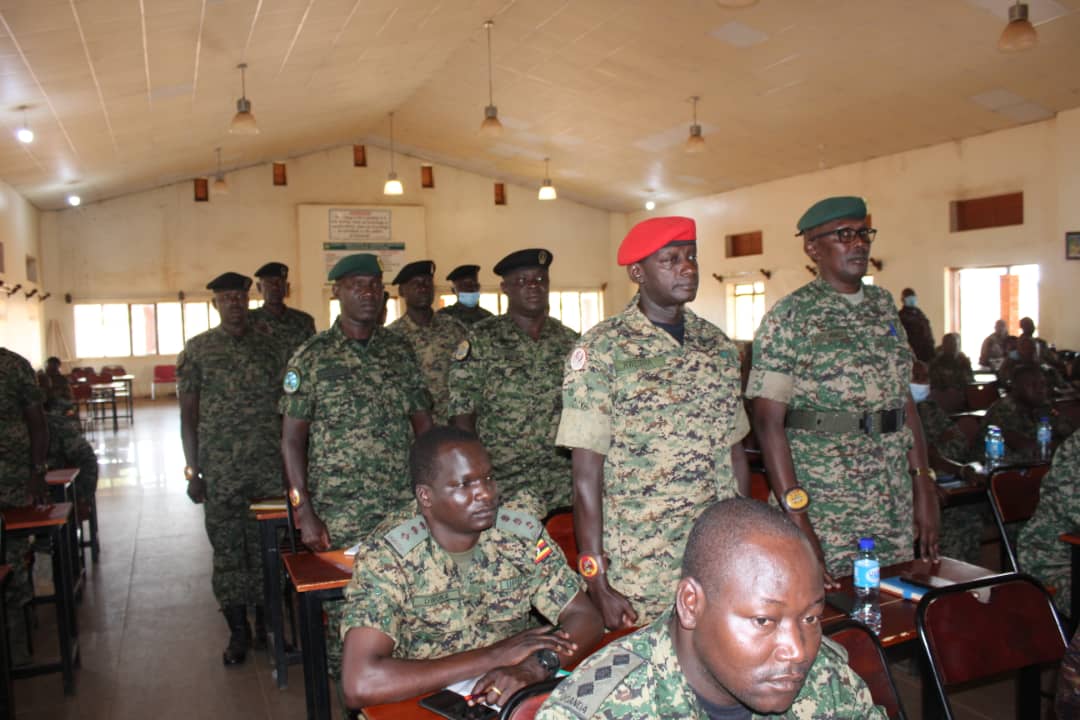 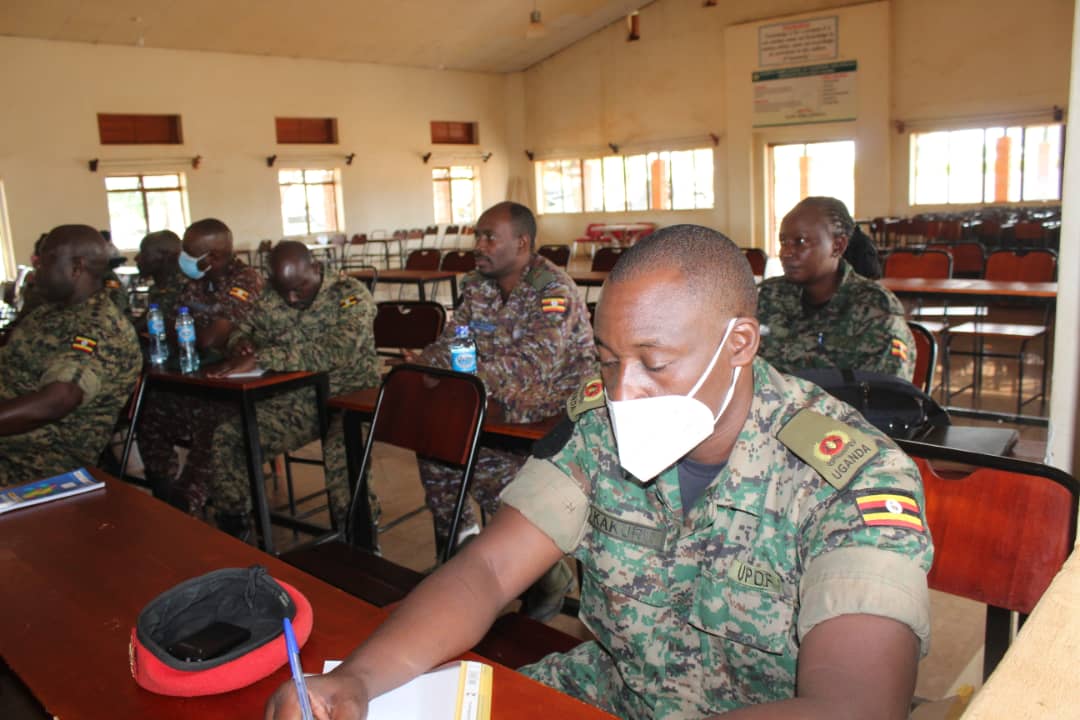 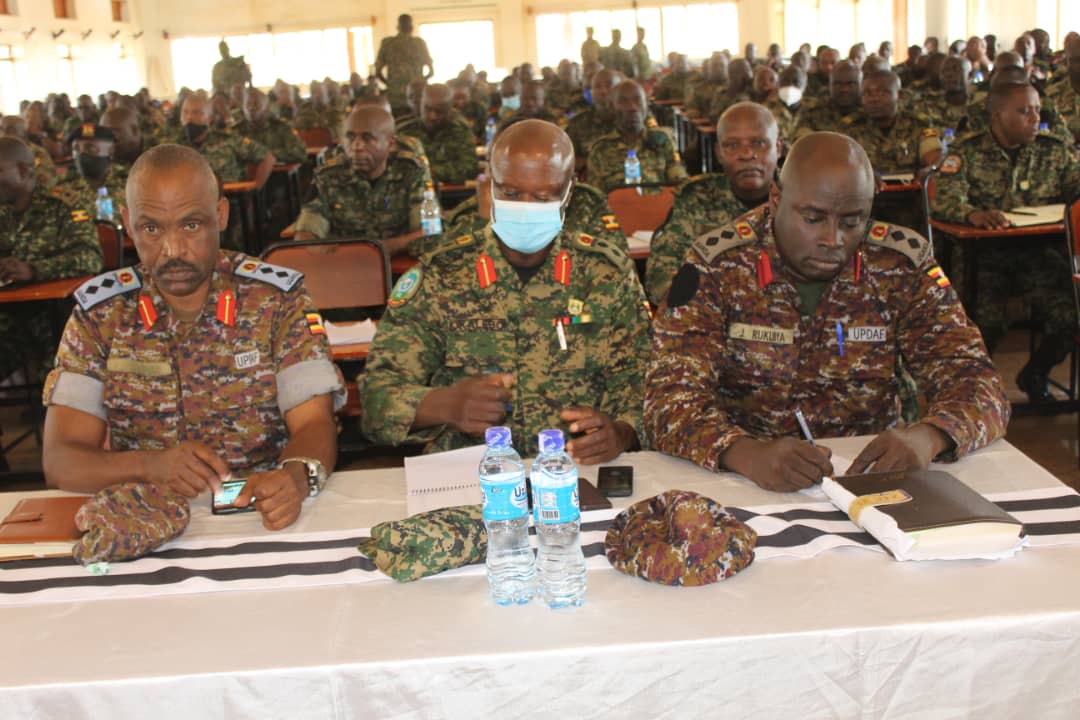 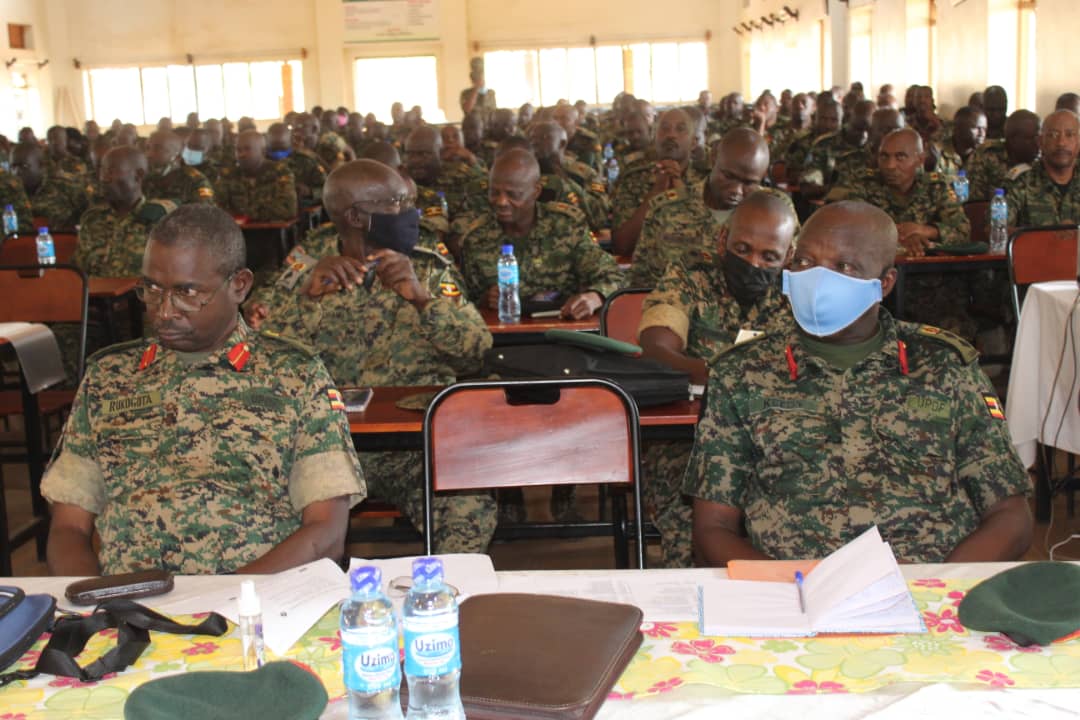 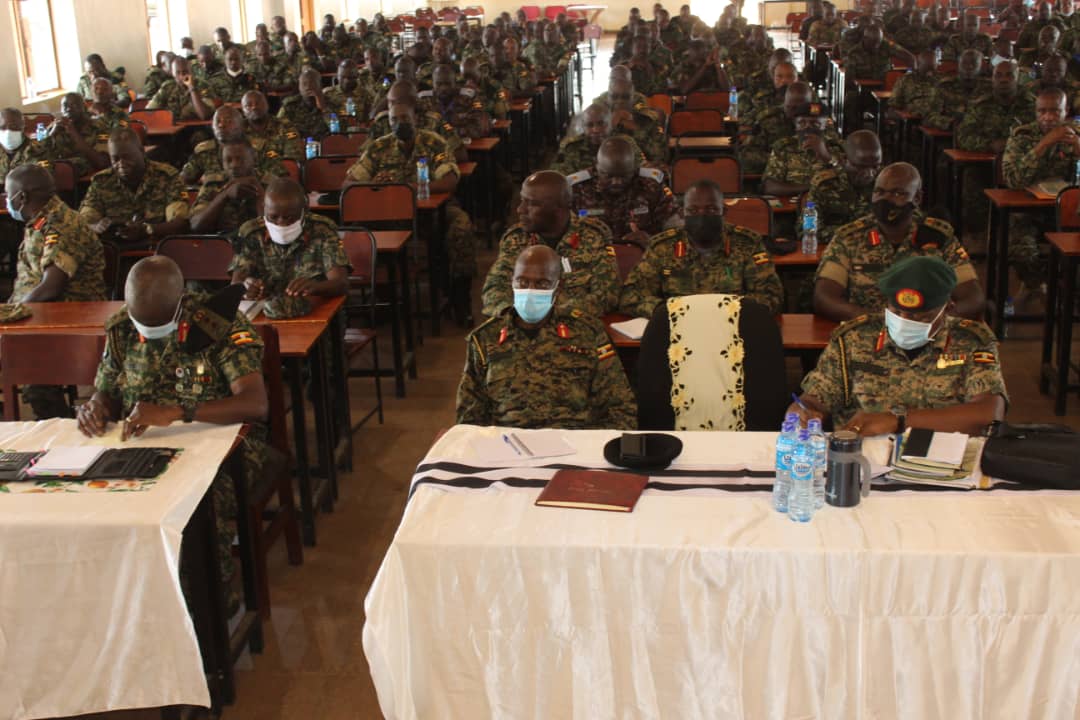 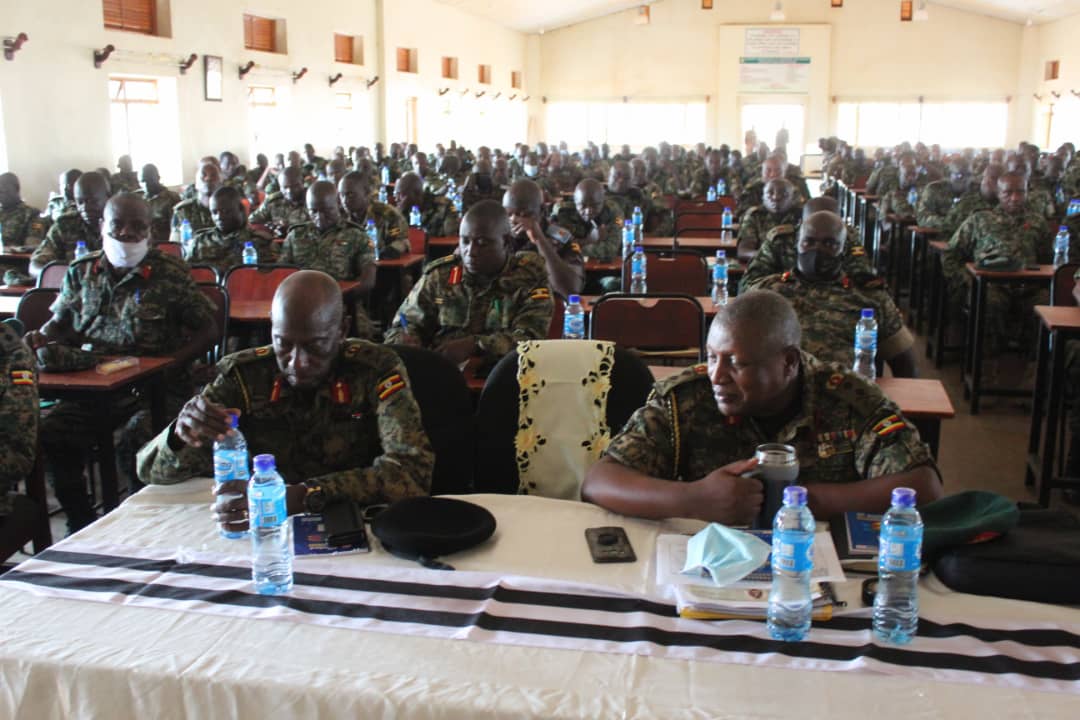 Organised under the Theme: “Strengthening Synergy of Political Commissariat and other Stakeholders in Enhancing Conscious Discipline and Public Image of UPDF,” the five-day annual retreat at the Oliver Reginald Tambo School of Leadership and Pan African Centre of Excellence (ORTLS-PACEX) has attracted officers from the Joint UPDF Headquarters, Service headquarters, Division and Brigade Headquarters.

In the speech of the Joint Chief of Staff read by the CPA, he underscored the importance of the joint annual retreat and reiterated the UPDF strategic leadership’s support and blessing of all efforts towards discipline and public image of the UPDF. He noted that the matter of discipline and image of the UPDF is grounded in the history of the National Resistance Army/UPDF and the laws established. Conscious discipline was popularized during the NRA bush war, formalized under the Constitution of the Republic of Uganda 1995 and the UPDF Act 2005. The Constitution requires the UPDF to be non-partisan, patriotic, disciplined and subordinate to civil authority, he emphasized.

The JCOS also pointed out that the Defence Doctrine too highlights ideological development as a basis for UPDF existence and continued strength. He called upon all leaders at the retreat to create synergy and apply the time-tested revolutionary methods of work in dealing with the day-to-day challenges and consolidating achievements all over the units of the UPDF. He also flashed a torch in the Uganda vision 2040, which advocates for shared myths, goals and culture in a synergized way in order to achieve our national vision and mission. On this he called for closer coordination and co-operation with other Ministries, Departments and Agencies (MDAs) of Government in order to realize the shared national vision and mission.

Maj Gen Igumba in his own remarks to the participants also emphasized conscious discipline as opposed to mechanical discipline among the rank and file of the military, coupled with patriotism. “Discipline in the military means to know one’s duty. In simple terms, it is being in the right place, right time, in the right attire and the right shape,” the CPA emphasized adding that mechanical discipline in the military is dangerous because it means one being pushed, coarsed, compelled in order to do things they ought to be doing on their own; failure of which attracts disciplinary action whose consequences can have adverse effects on the career of an individual.

The Political Commissars at the retreat are led by the Chief Political Commissar Maj Gen Henry Masiko, the Public Information Officers by the Defence Spokesperson Brig Gen Felix Kulayigye, the Civil Military Co-operation group by the Chief of Civil Military Co-operation Brig Gen Emmanuel Rwashande and the Intelligence Officers by Col Frank Mukula an Assistant Deputy Chief of Military Intelligence.