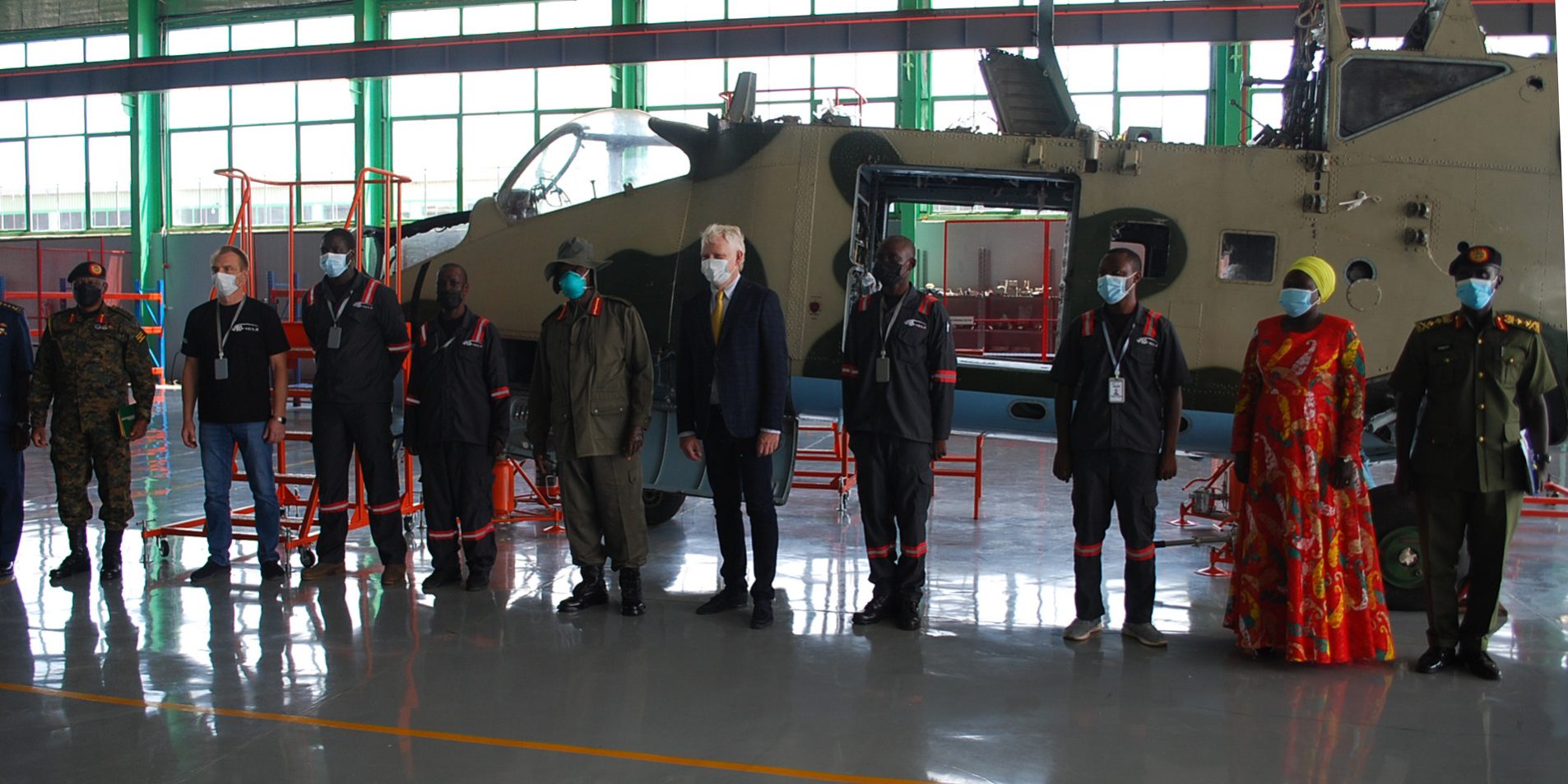 The plant is the only facility in the South of the Sahara and will do the maintenance, repair and overhaul of helicopters. 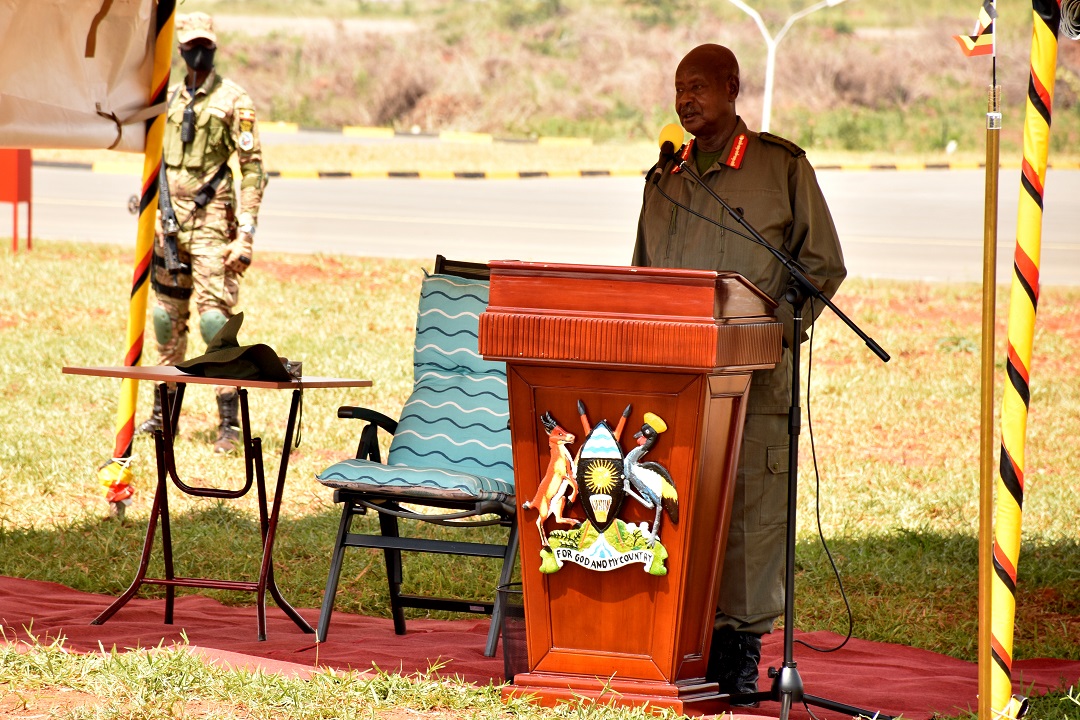 The President said this plant will go a long way in saving costs in terms of overhaul abroad costs. “This is just a modest step that despite not making helicopters, at least we are maintaining, repairing, servicing, overhauling and in the future upgrading the helicopters.” he said.

The President said that UPDF is gradually upgrading its capacity and thanked partners of Pro Heli for identifying and setting up in Uganda which will also create over 300 specialized jobs locally.

President Museveni said that defence is one of services of the modern economy which needs to build its capacity in terms of manufacturing equipment with the goal of building an economy that is independent, integrated and self-sustaining.

The Chief of Defence Forces Hon. Gen Wilson Mbadi in his remarks said that self-reliance is a very important virtue of professionalism because it enhances efficiency while maintenance is a force multiplier because it ensures fit and serviceable equipment is available for effective operations.

“This facility will give us the capacity to make sure that our aircrafts are very serviceable. No longer shall we be required to send our helicopters abroad for minor repairs or overhauls. This is part of our journey as the UPDF to make strides in the areas of making this force a professional, modern, effective and efficient force”, Gen Mbadi said. 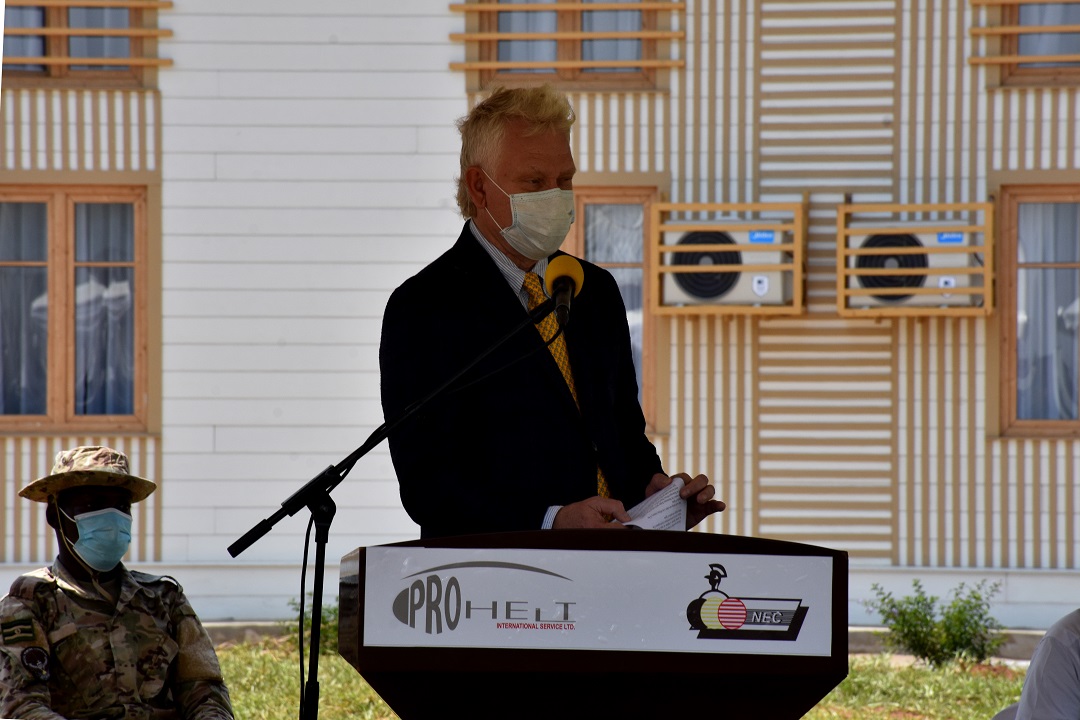 The Director of Pro Heli International Services Mr. Valerie Copeichin expressed gratitude to President Museveni for the profound opportunity to implement the project in Uganda and his personal participation in the development of the military industry of the Republic of Uganda. He said this new chapter has been made possible by the joint venture between their company and NEC.

He said that the facility commissioned today is in position to do major repairs and overhauls for the Mi – helicopter series in Uganda which shall be done in accordance with the rules and regulations of the manufacturer, Joint Stock Company Russian Helicopters.

Commander Air Force, Lt Gen Charles Lutaya in his remarks said that the facility is fully approved by the original equipment manufacturer to carry out inspection, repair, overhauls and modernization of air-frames and aircrafts components in accordance with the manufacturer’s procedures and standards. 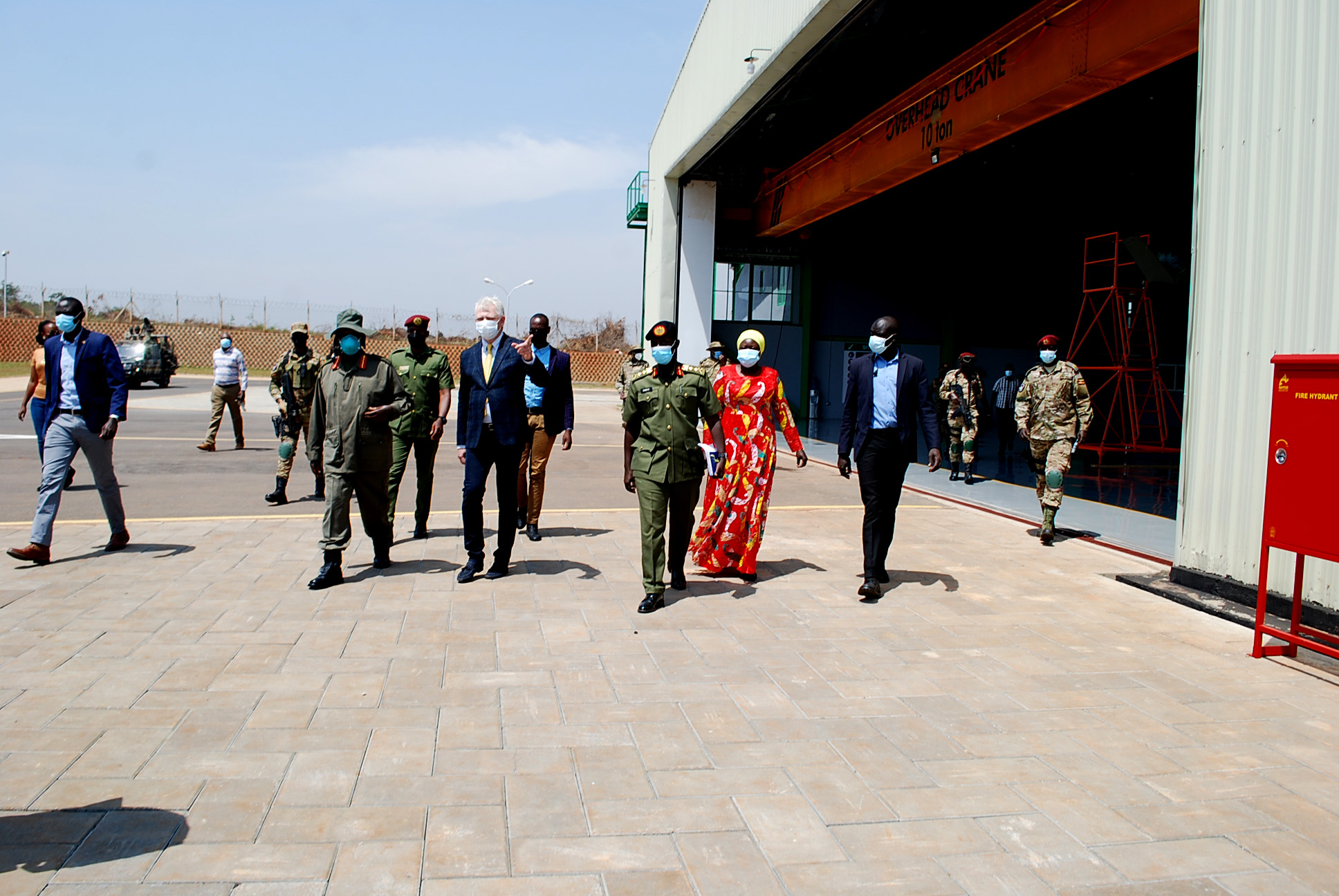 In his remarks delivered by the General Manager – Luwero Industries Ltd, Maj Gen Sabiti Muzeyi the Managing Director of the National Enterprise Corporation Hon. Lt Gen James Mugira said that the servicing and repair of helicopters within Uganda by own defence industries will provide a form of self-reliance and a credible and sustainable in country defence capability.

He added that the facility will go a long way in improving the capabilities of the UPDF, certification of the UPDAF personnel to advanced levels, short turnaround time, advance research and development and provide employment. He also emphasized that the certification of the MRO centre and personnel will make it easy to get recognition and business from the entire region and organizations operating within the region.