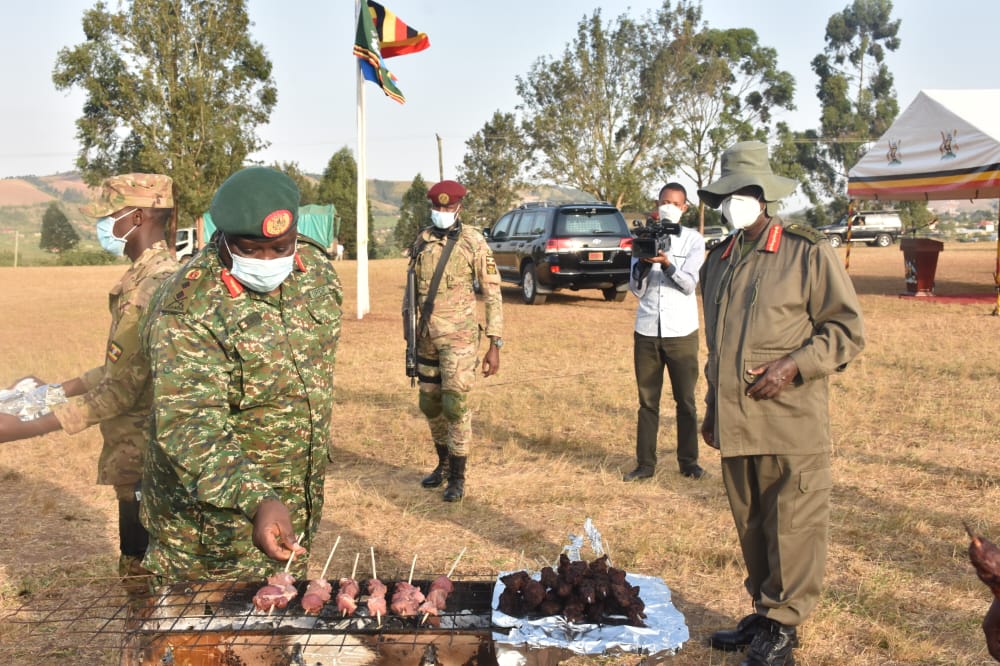 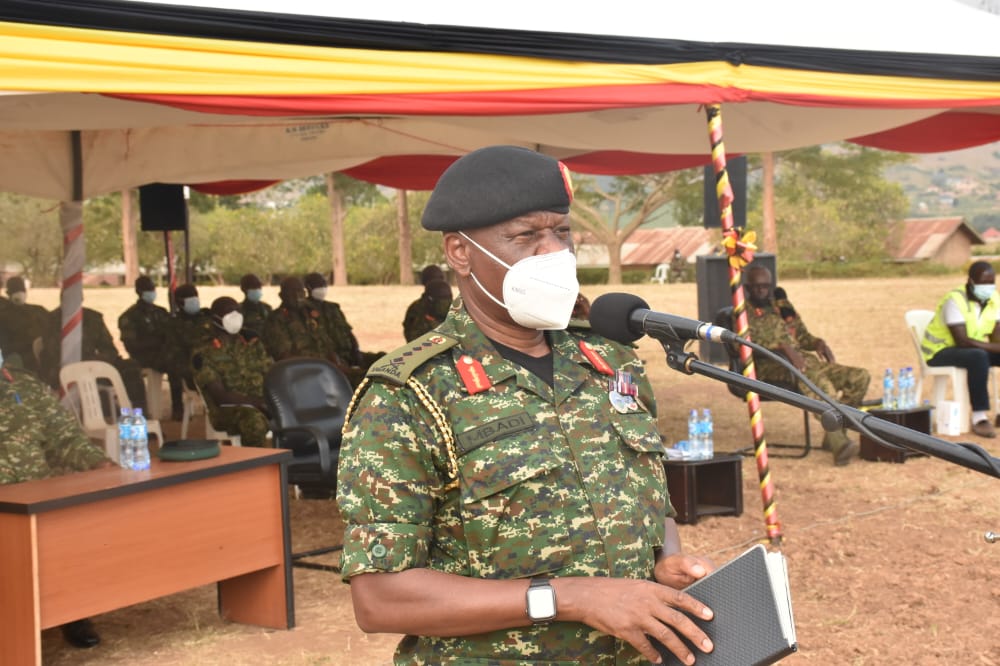 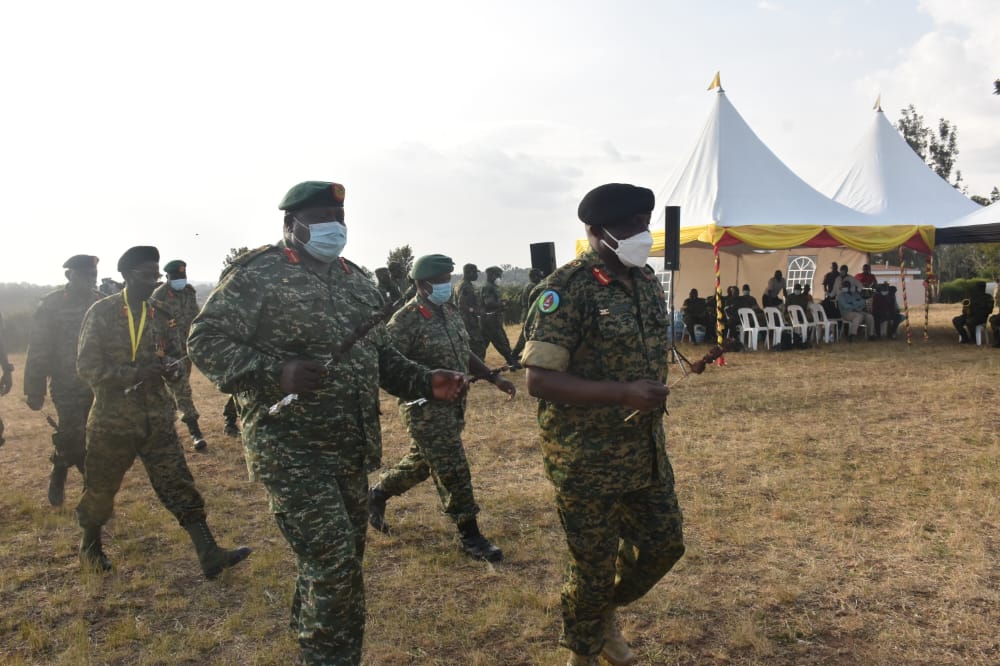 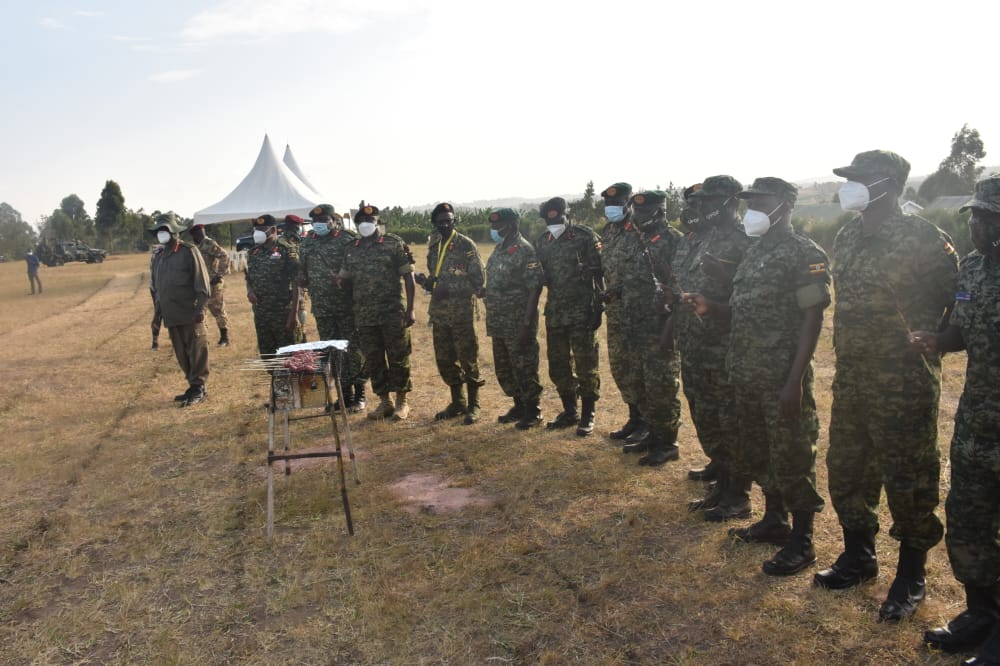 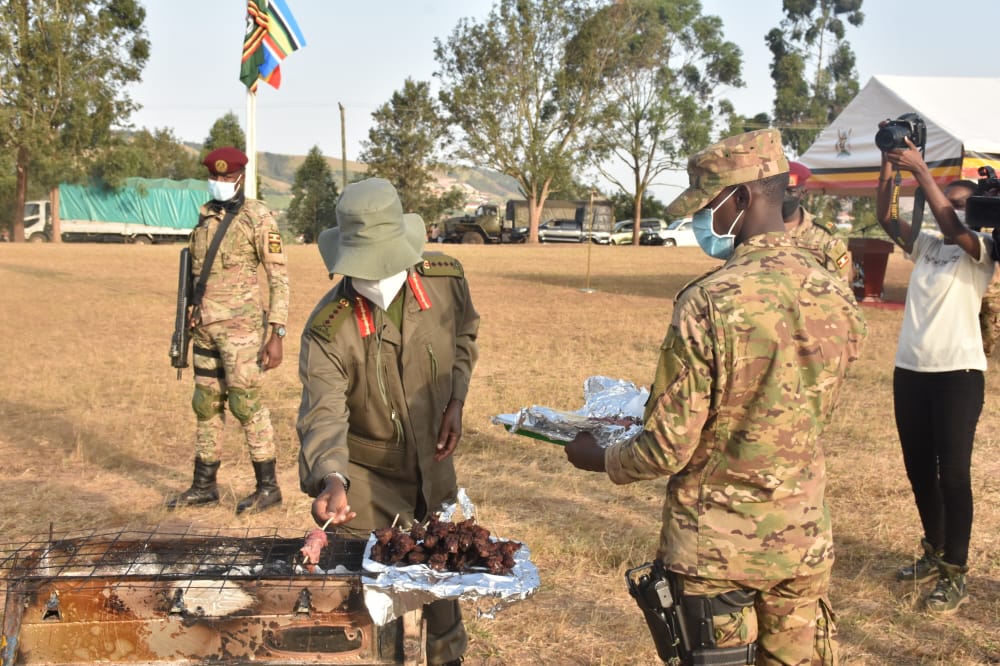 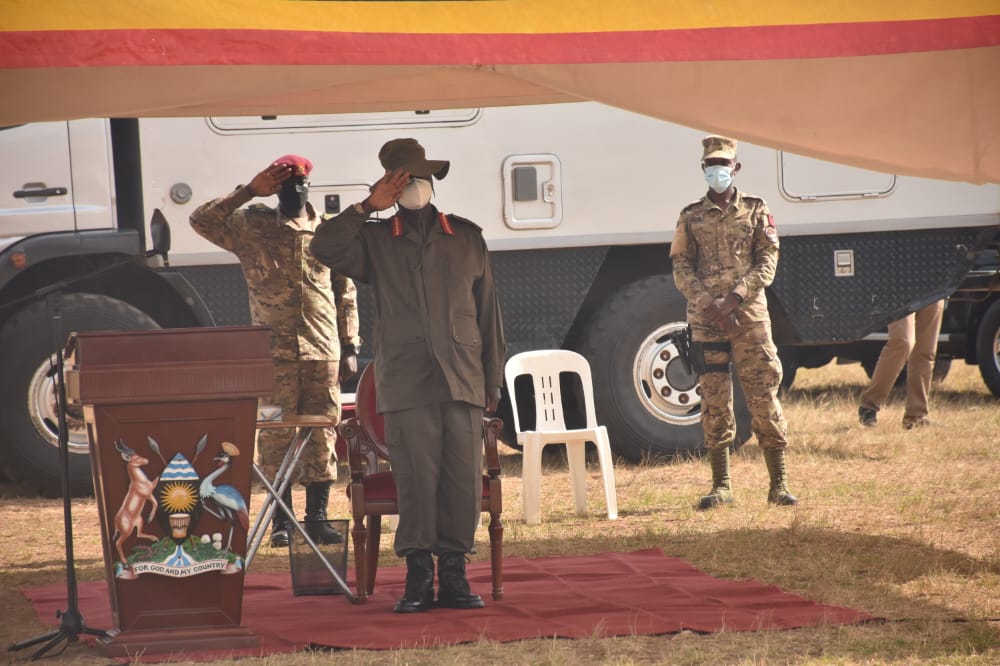 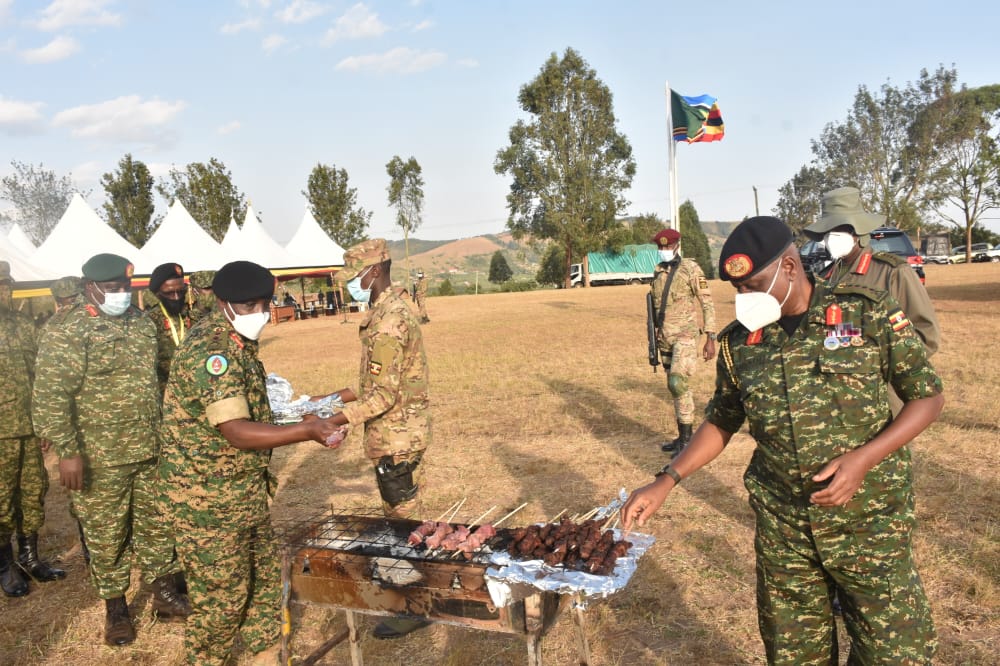 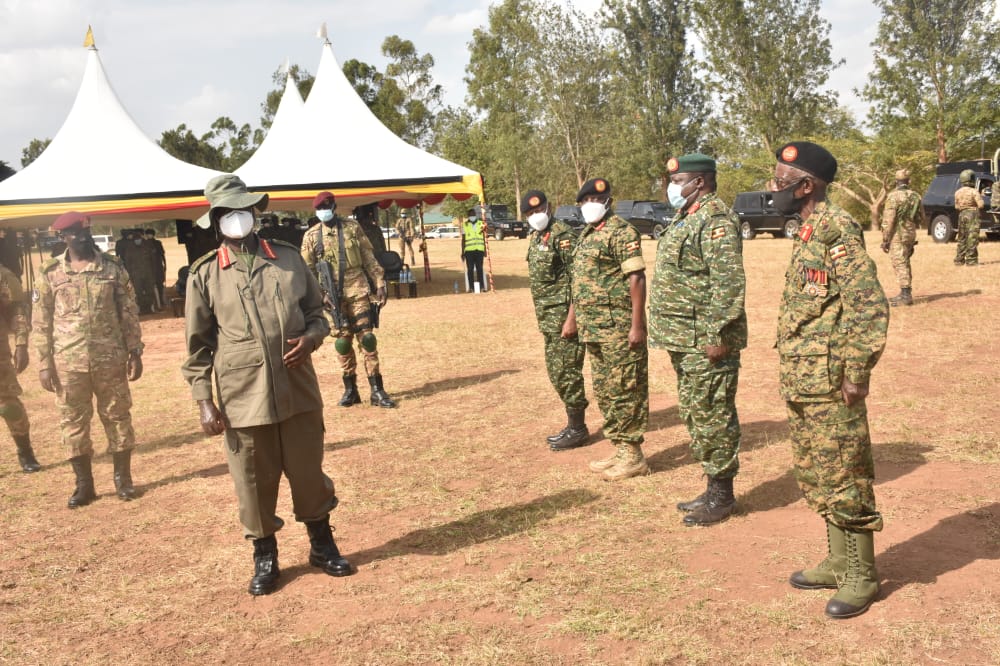 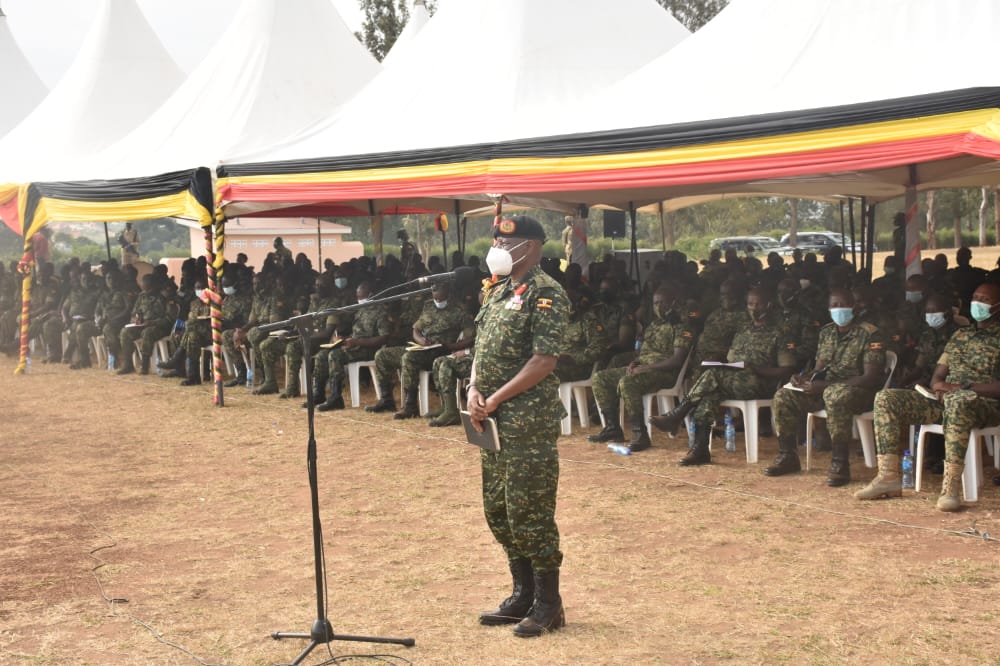 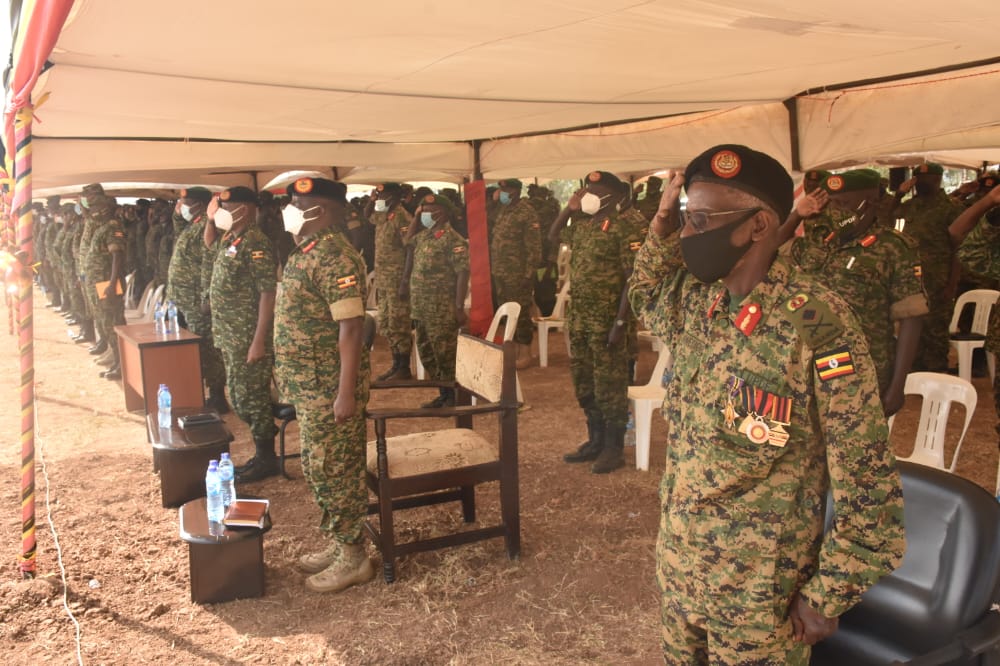 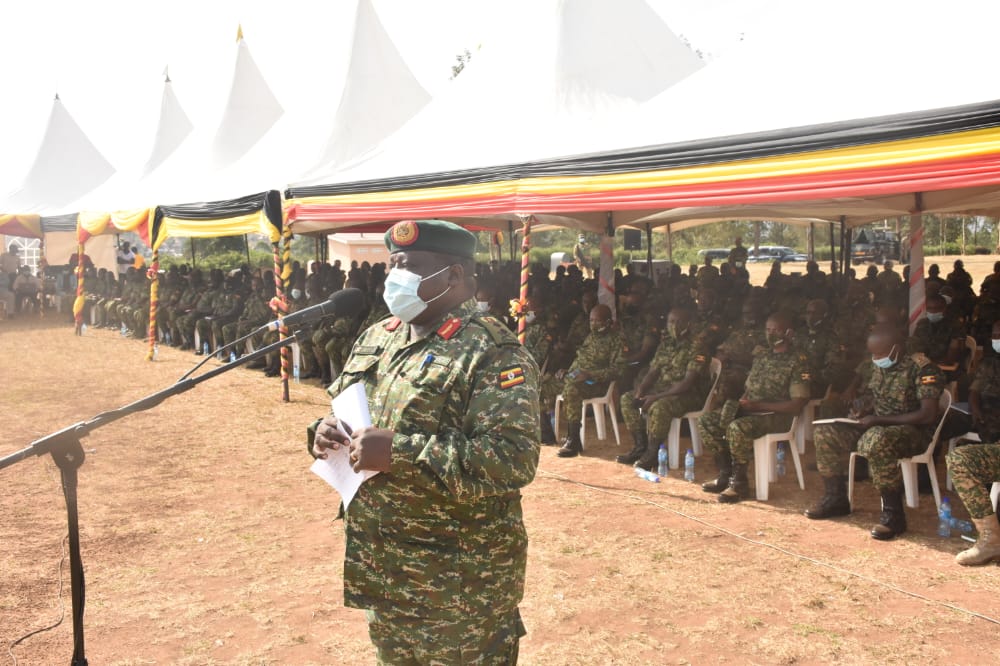 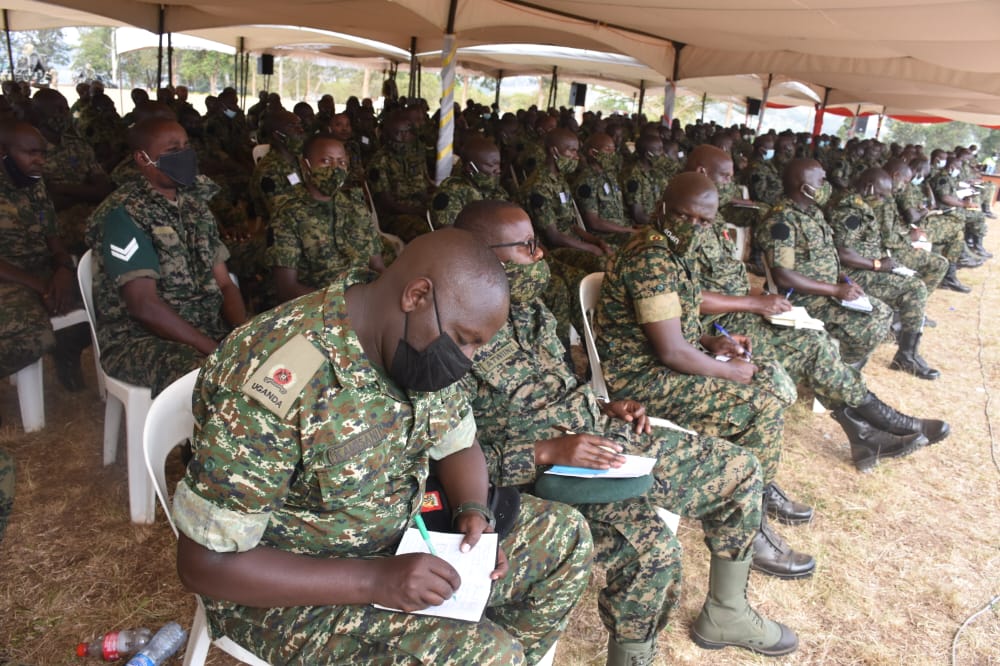 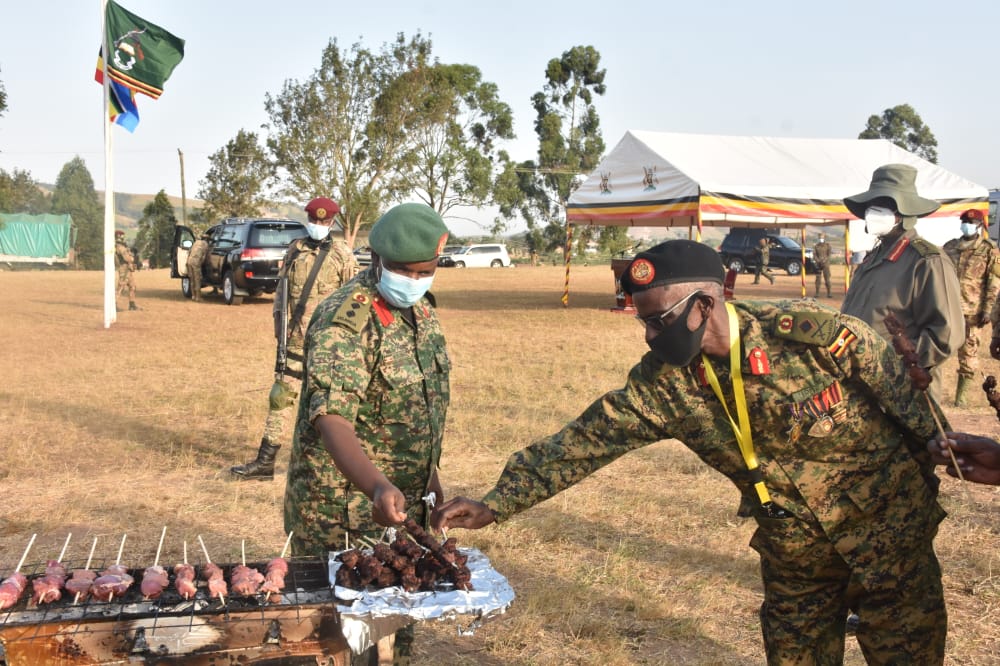 His Excellency the President of the Republic of Uganda and Commander in Chief of the Uganda Peoples’ Defence Forces Gen Yoweri Museveni has today at Makenke Barracks in Mbarara, met with the contingent Commanders, men and Officers of 2nd Division who participated in the operation Shujaa in the DRC.

The President commended the UPDF for the successful Operation Shujaa that was launched on 30th November 2021.

Speaking at the function, the Commander in Chief thanked the gallant soldiers for their bravery and determination while attacking the enemy in DRC, “Artillery and infantry did a great job,” he said. He was happy that the UPDF now has all capabilities and ready to attack the enemy in all capabilities. “War is cassava but if you take it without water, it can be a problem, choke you, in order for you to eat it successfully, you must get sauce, salt and other additives”.

He cautioned that every soldier must understand the structure of the war and that once they are confident as individuals, they should work as a group to achieve the set goals.

The President pledged to address all issues raised by the Commander 2nd division especially related to transport.

He urged the UPDF leadership on more training for confidence in tactical operations and using weapons in difficult terrains. Gen Mbadi saluted the Commander in Chief for interacting with the forces, especially those that participated in operation Shujaa as well his guidance in building the UPDF into a formidable force.

The Commander 2nd Division Major Gen Francis Takyirwa highlighted to the President problems and challenges and thanked him for his ardent leadership.

The function was attended by Brigade and Battalion commanders as well as Field and Artillery.