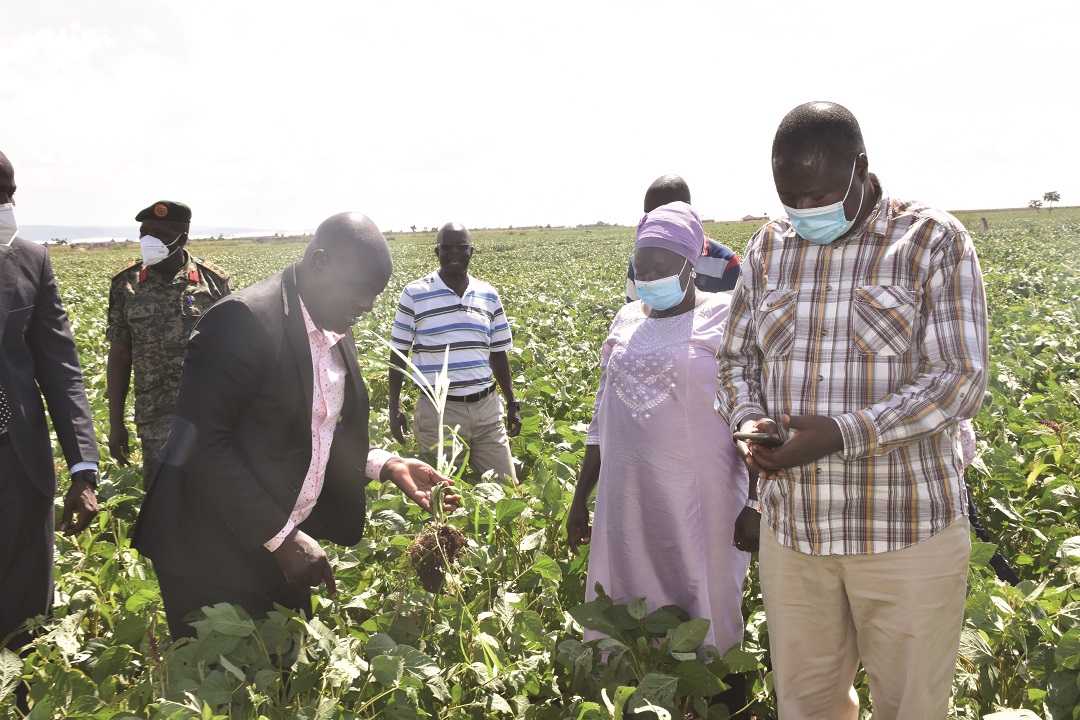 The objective of the field visits is to assess and evaluate the progress of the food production projects being undertaken by the UPDF, military Veterans and National Enterprise Cooperation (NEC) in order to ensure effective and efficient implementation of the program. 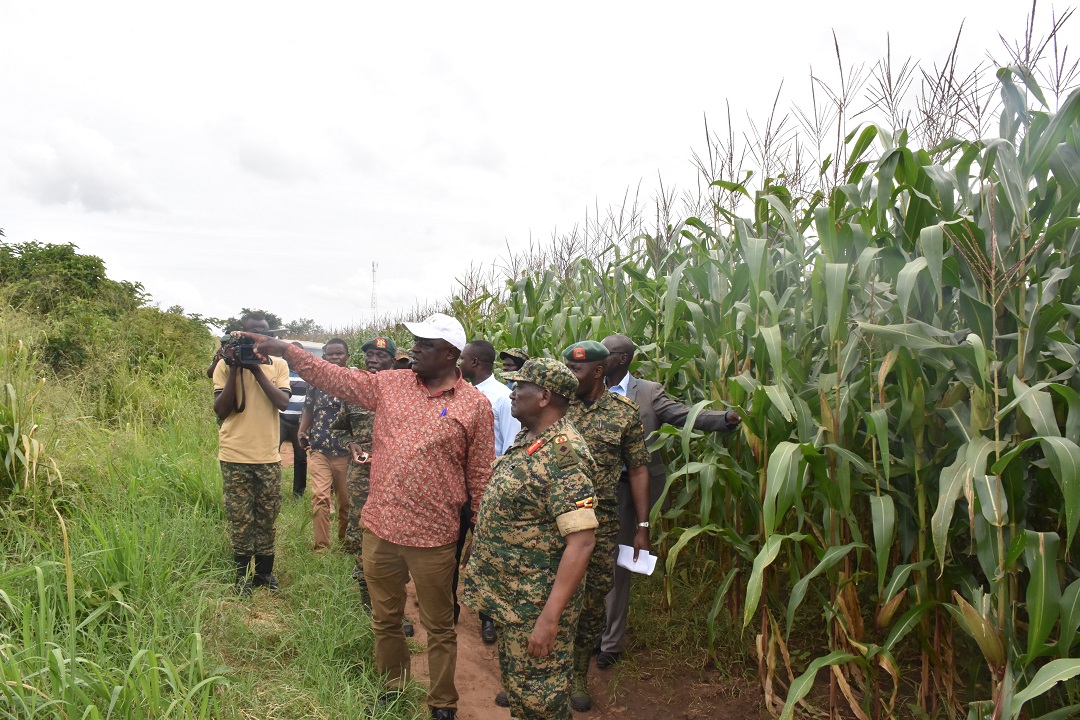 Speaking in Bulambuli, Hon. Ssempijja observed that it was the decision of H.E & Commander in Chief of the UPDF; President Yoweri K Museveni together with cabinet that mooted the idea as a strategy to forestall any likely food insecurity in the country. 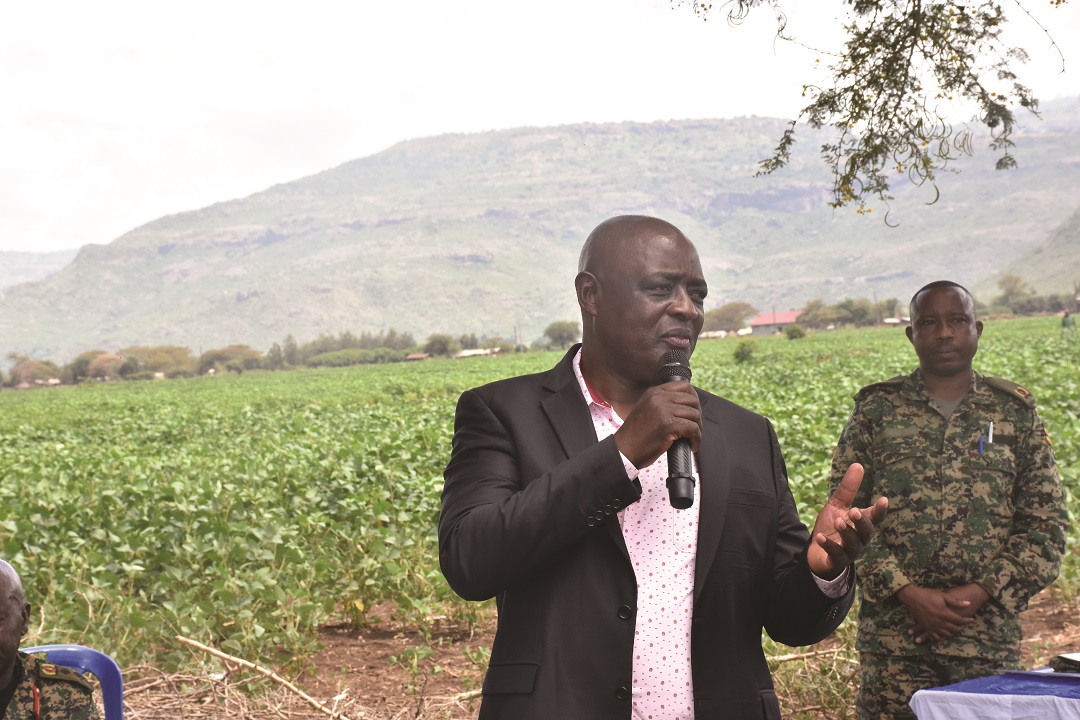 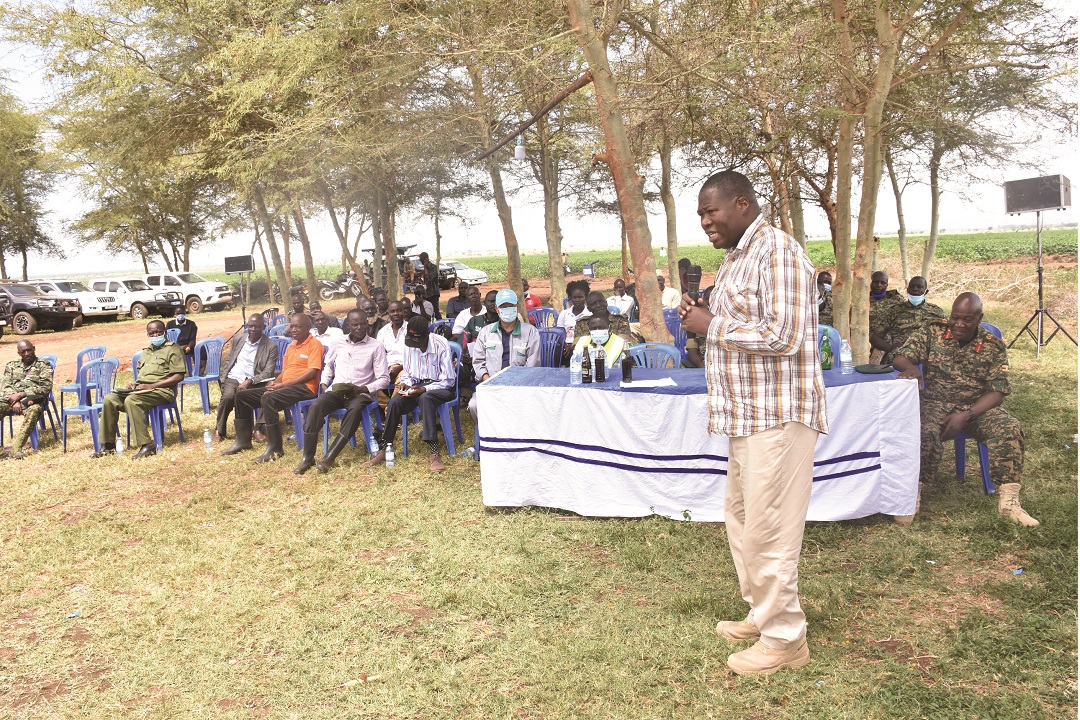 The minister applauded the UPDF’s Chieftaincy of Production and Welfare (CPW) and Military Veterans at Katta farm and Mt. Elgon Mbale Veterans SACCOs in Bulambuli District respectively for their effort towards realizing the President’s wish. He called upon the soldiers and the veterans to ensure they live harmoniously with the local civilian communities.  Hon. Ssempijja added that the UPDF farms should aim at becoming modern projects if they are to interest the local population to join commercial agriculture for national development. “Our main principle as the Ministry and as UPDF is that we always want to be living in harmony with the population. In fact, we should be helping our people to have better lives”, he said. On the question of where the proceeds from the UPDF agricultural farms will go, the UPDF- Chief of Production and Welfare (CPW); Maj Gen Sam Kiwanuka pointed out that the harvest from UPDF-CPW farms will in principle be bought by the Uganda Grain Council, stored in the 36 national silos for the country as food reserves. Gen Kiwanuka however noted that there is need for mechanized farming to cope up with the effects of climate change like shortage of water that Katta farm Mt Elgon Mbale Veterans SACCOs Ltd farms in Bulambuli District are currently experiencing. 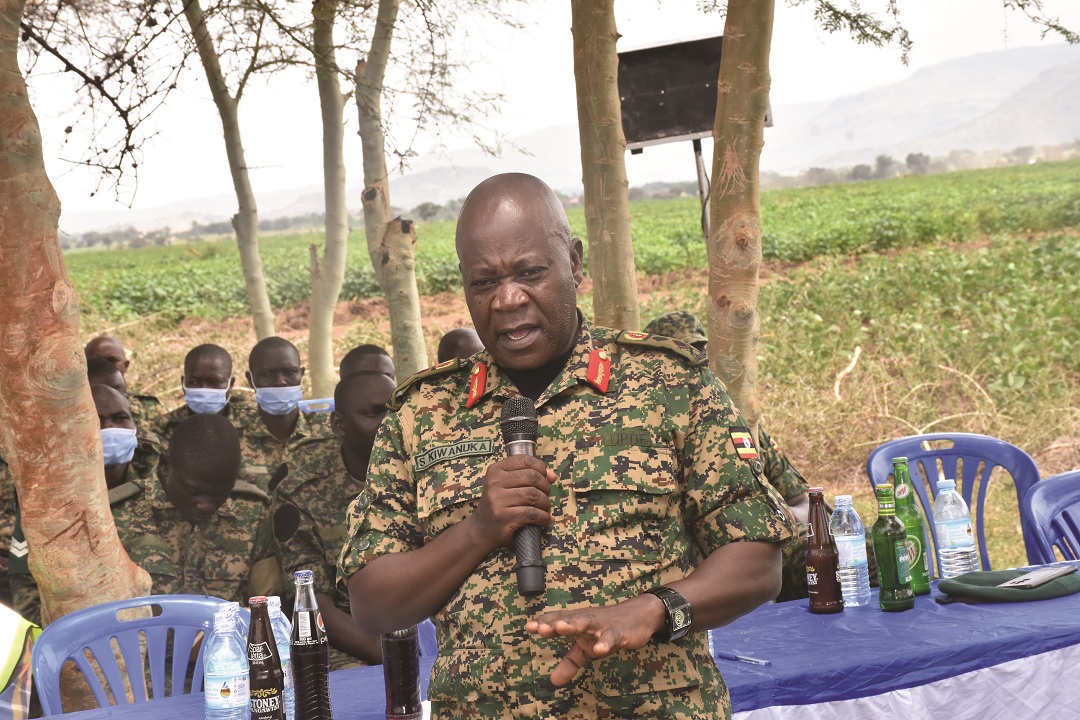 He called upon the government to further support the farms with modern farming tools including modern irrigation schemes.

The District LC5 chairman in a speech read for him by the Female Councilor, representing Bumufuni, Bunambutye and Bwikhonge sub-counties; Ms. Mulokwa Everline thanked President Museveni for supporting the women inclusion agenda in the social -economic development of the country. 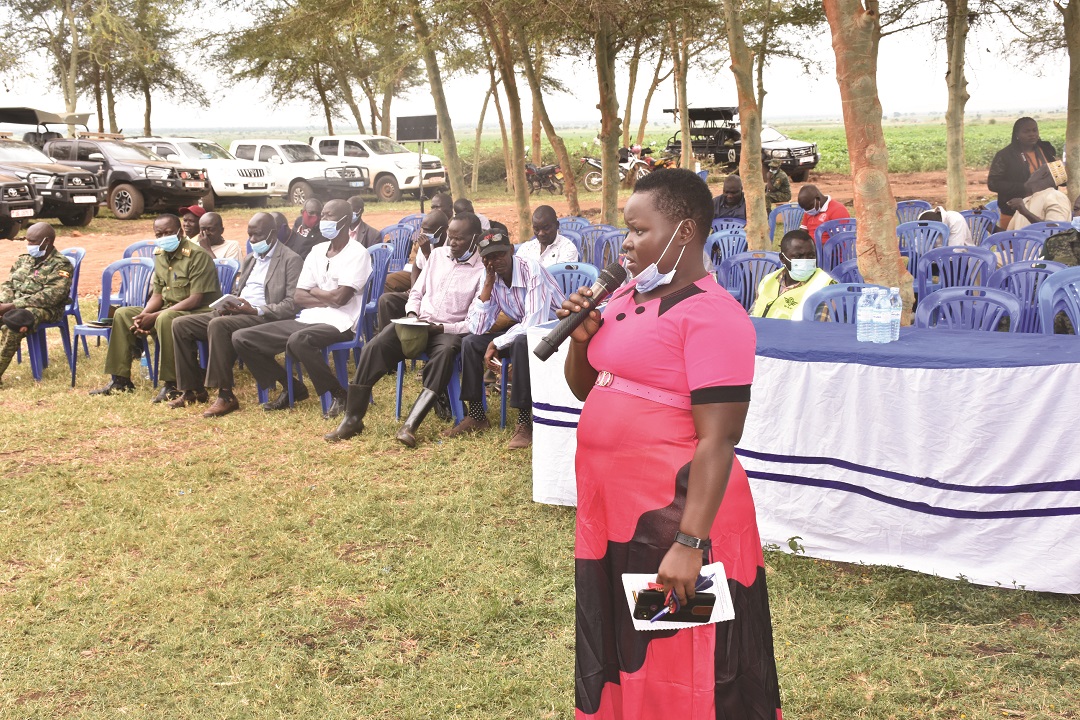 The District Chairman further said that with the establishment of Katta Barracks in Bulambuli District, security and sanity have been restored in the district that had suffered at the hands of the Karimojong raiders for many years. “Because of the Barracks in this area, we now have enough security”, he remarked. UPDF-CPW, Veterans and NEC agricultural farms are among the six projects under 6 agencies being supported with government funding through the Ministry of Agriculture, Animal Industry and Fisheries (MAAIF). Other agencies include National Agricultural Research Organization (NARO), National Animal Genetic   Resources Center (NAGRC), and Prisons earmarked by the President to support national efforts towards eradicating food insecurity in the country including enhancing job creation for the local communities. 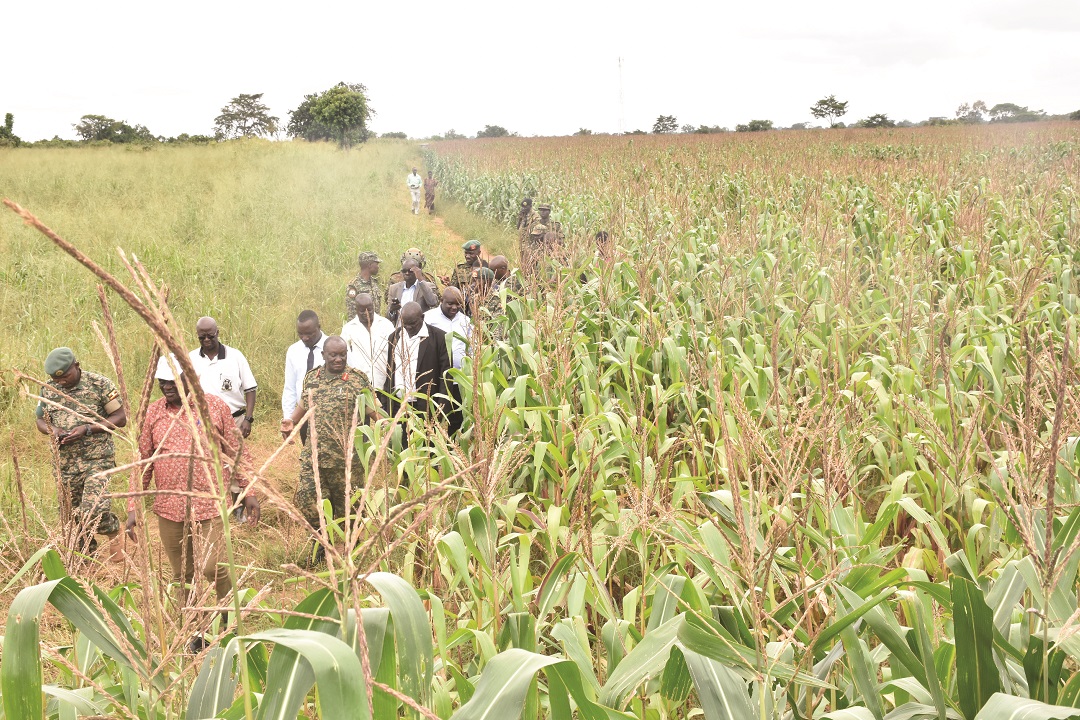 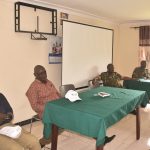 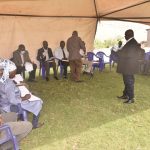 One of the veterans’ maize plantation farm in Kwania 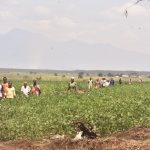 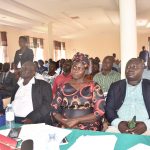 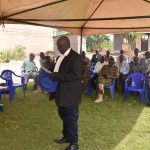 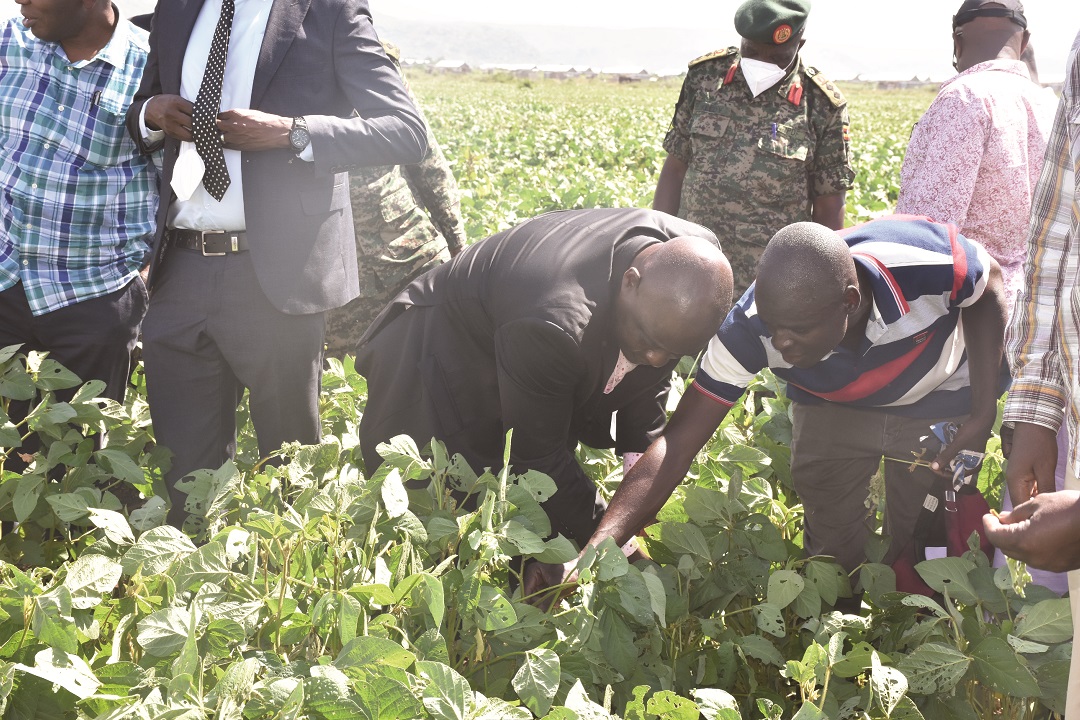 Hon. Sempijja during the field visit to the UPDF-CPW Katta farm in Bulambuli District