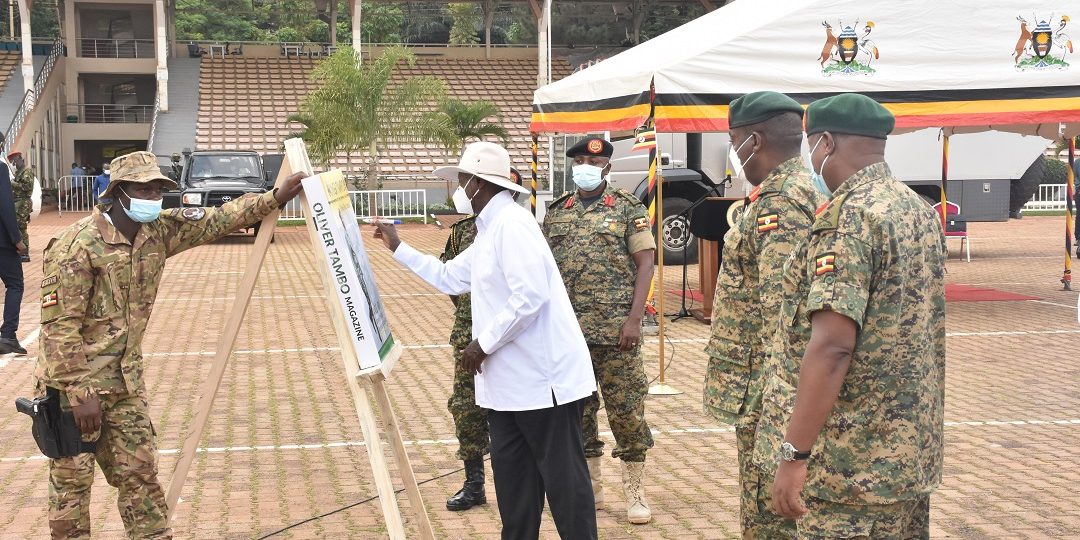 Senior and Junior Officers of the Joint Security Forces (UPDF, Uganda Police Force and Uganda Prisons Service) have today been urged to insist on the development of science and technology for the social economic transformation of communities. 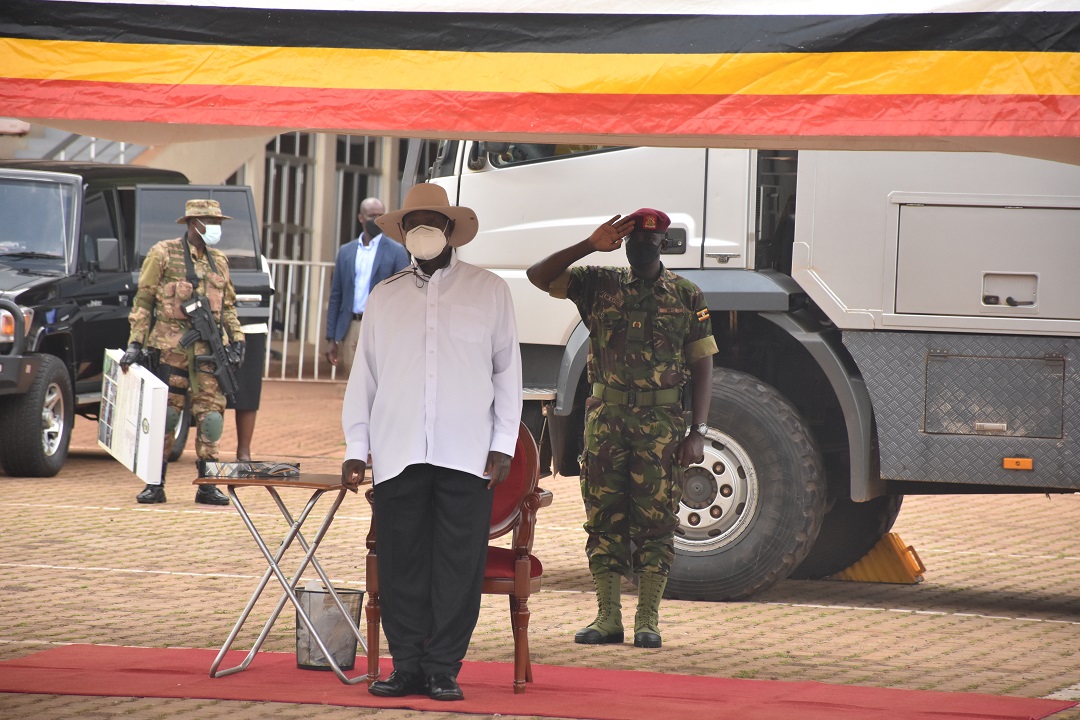 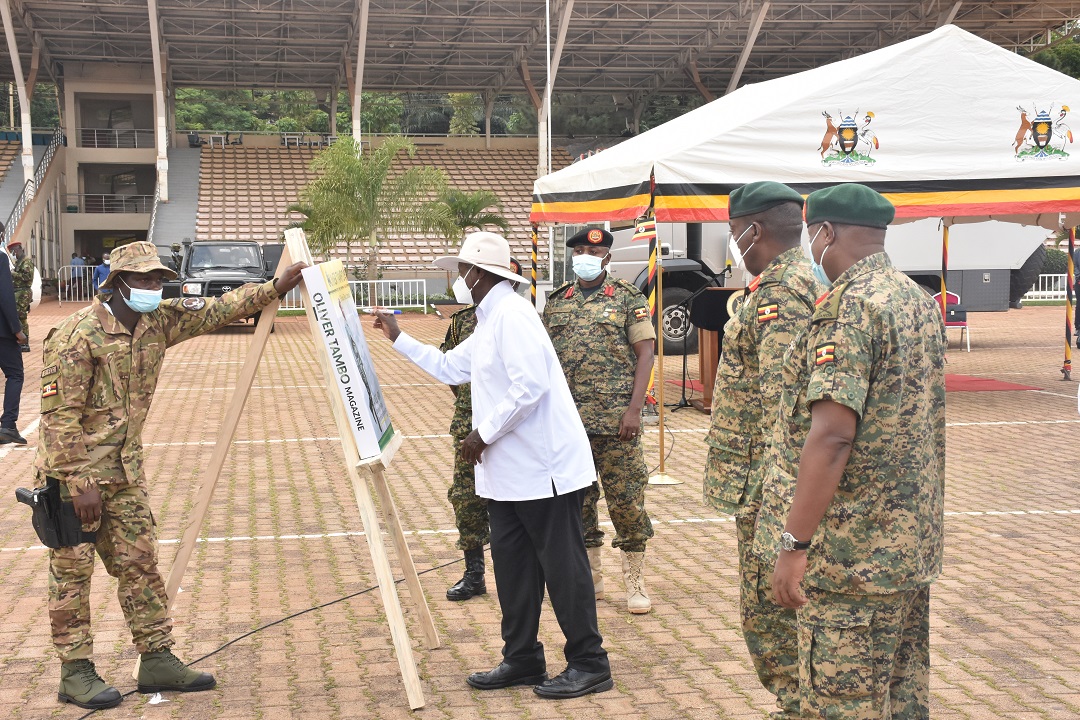 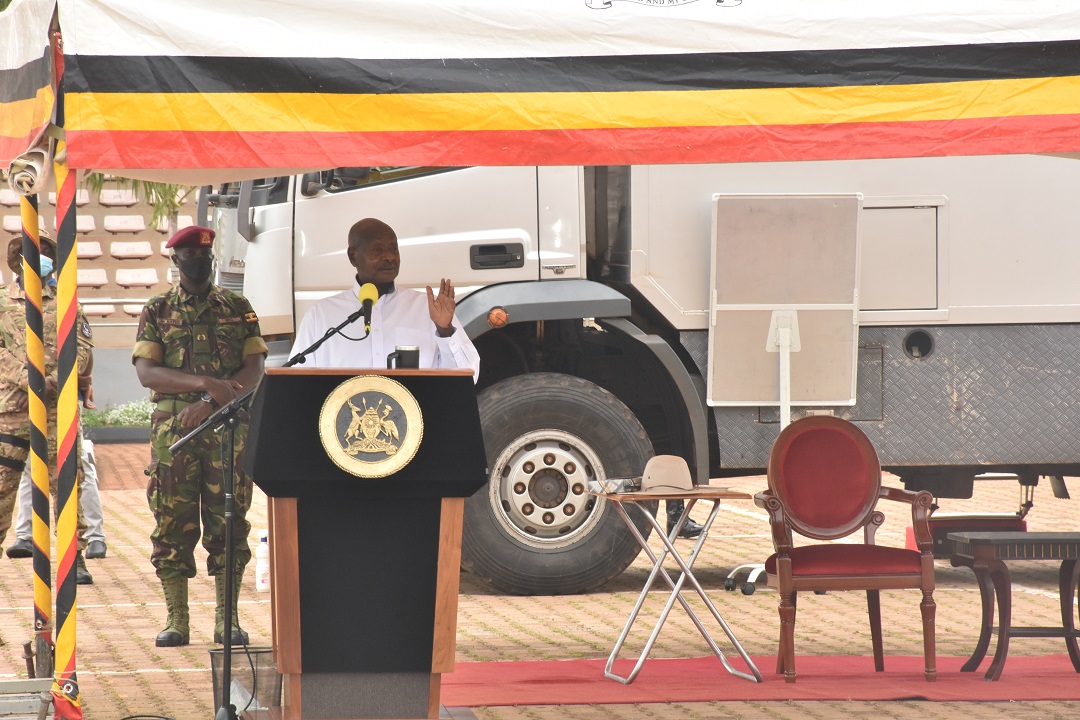 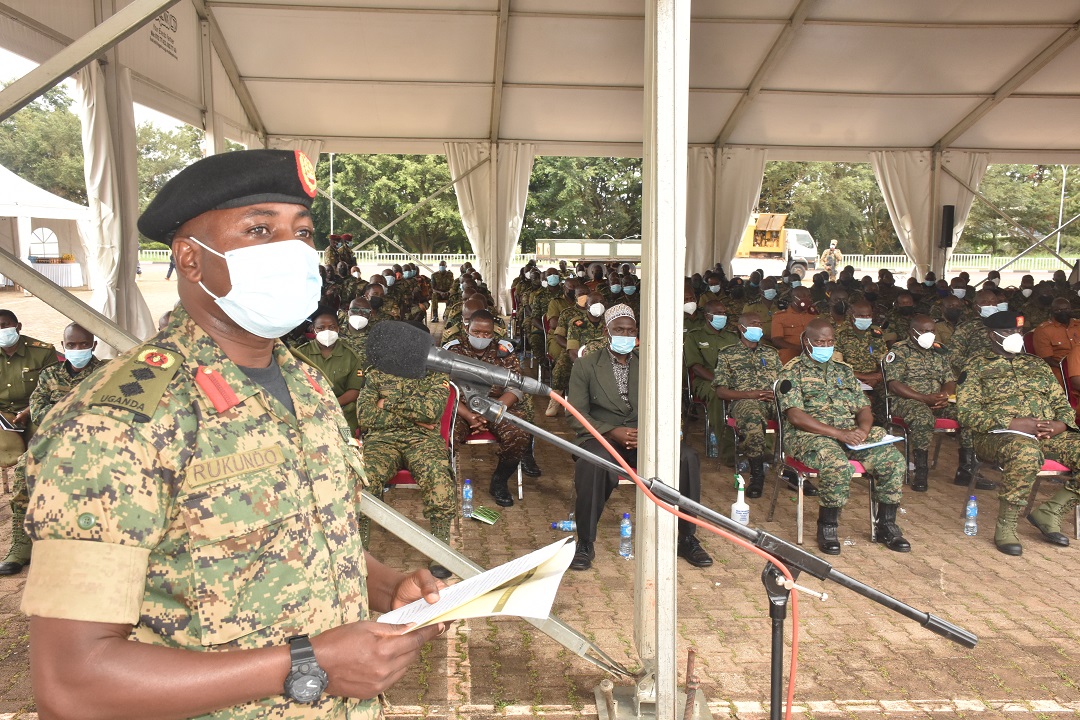 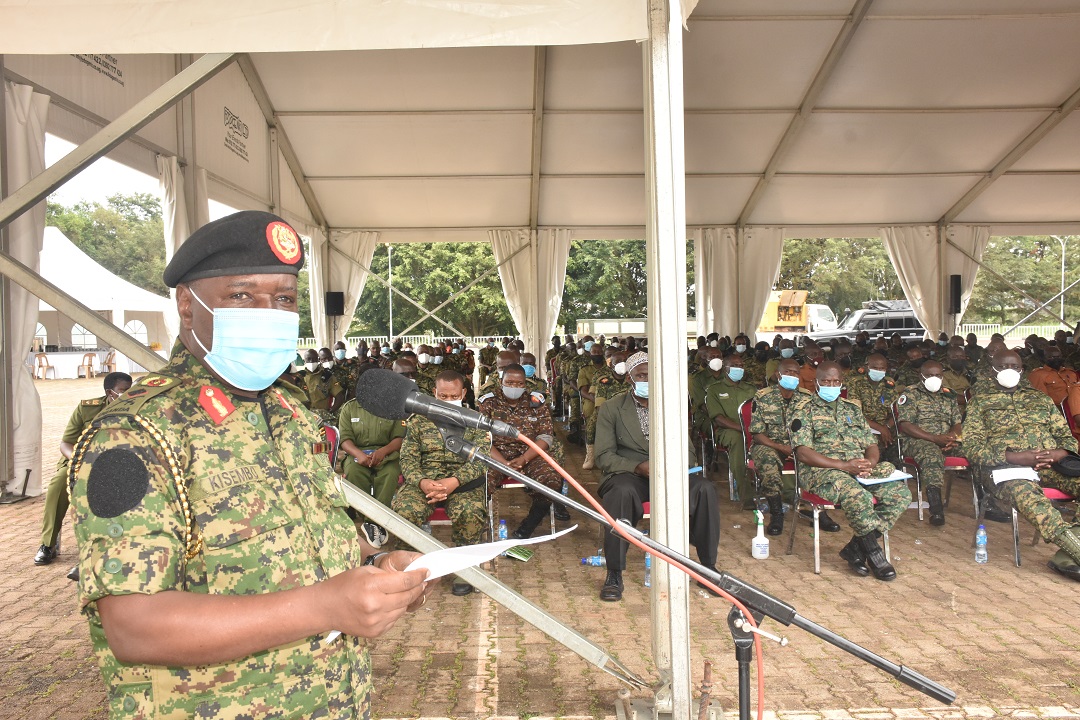 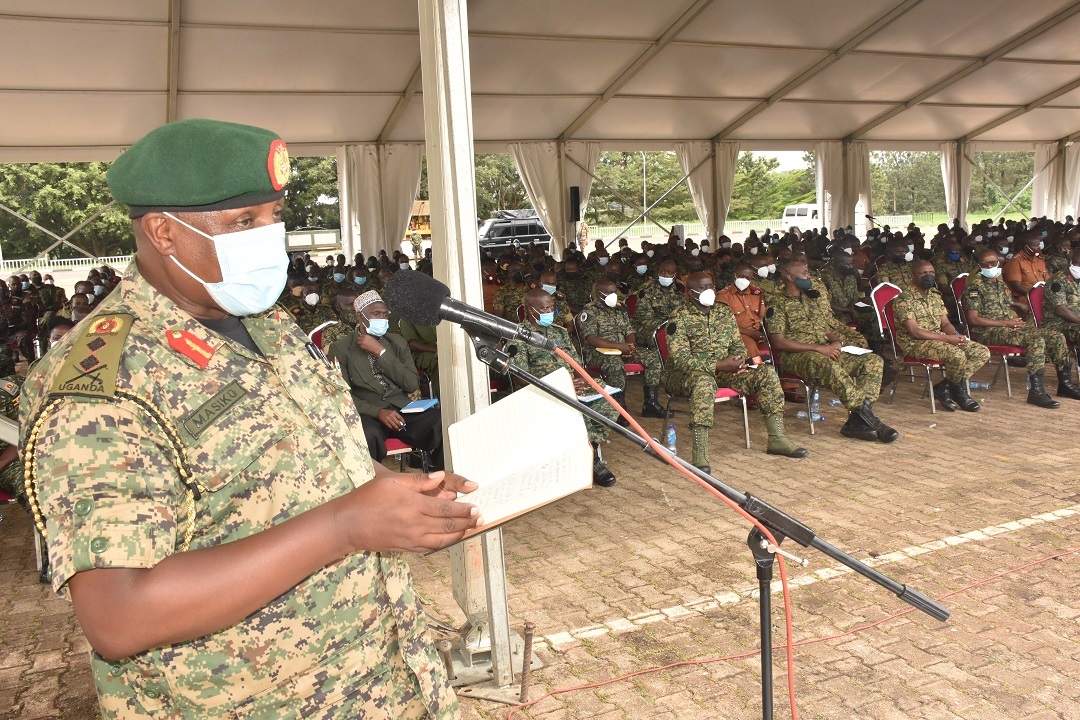 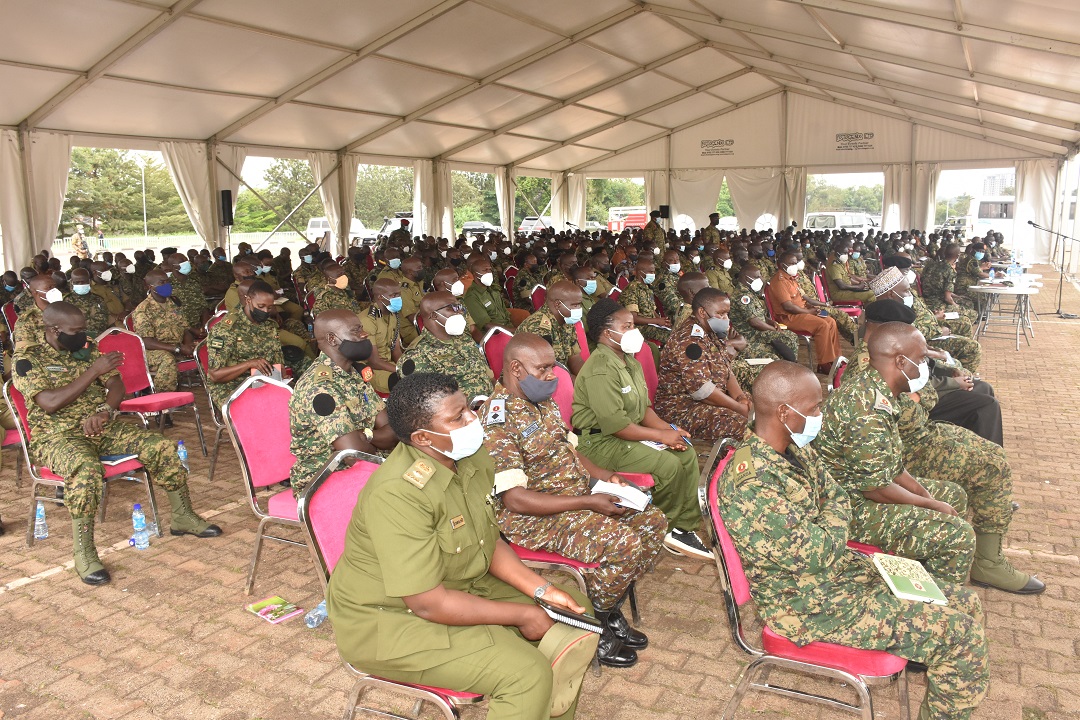 This remark was made by the President of the Republic of Uganda and Commander – in – Chief (CIC) of the Uganda Peoples’ Defence Forces (UPDF) H.E Gen Yoweri K Museveni as he gave a lecture of opportunity to students who are undergoing ideological training at the National Leadership Institute (NALI-Kyankwanzi) and Oliver Reginald Tambo Leadership School (ORTLS- Kaweweta).
“What is the primer of social change is the development of science and technology to change society,” noted the President.

He said changing technology involves changing everything like culture, accommodation, eating habits, and way of life, among others. “Technology is a basis for change in society. Therefore, cadres should insist on the adoption of technology for society to change. Do not insist on old ways when new ways of transforming societies are everywhere,” emphasized President Museveni.

He added that man has superiority over nature, when he uses his superior brain, bi-pedal legs and the two hands to exploit nature to his advantage. He gave the example of the invention of fire and iron ore by man, saying this invention has both the good and ugly sides depending on its applicability.

He, however, reiterated the need for ideological consciousness for a prosperous nation. “The NRM ideology to uphold Patriotism, Pan-Africanism, Democracy and Socio-economic transformation builds sustainable prosperity,” President Museveni told the soon to be passed out officers.

The CIC further noted the need for having a strong and modern army to guard the peace and stability for prosperity to flourish, and also called for the need to maintain ideological training so as to get answers to social problems.

He concluded by urging officers to love Uganda, and Africa; to become modern people who moved from no science to science. The UPDF Chief Political Commissar, Maj Gen Henry Masiko requested the President to consider availing more accommodation facilities for the students at the two ideological training schools. He said ORTLS is purely a central school of ideology for UPDF since NALI is now national and has many competing demands.

“To maintain the tempo of ideological work, in terms, of producing deeply trained cadres, we need to empower Oliver Tambo as our central school of political education,” said Maj Gen Masiko.

While delivering a lecture on Wealth Creation at the same event, the Deputy Chief Coordinator of Operation Wealth Creation, Maj Gen Sam Kavuma thanked students for their endurance during the training period.

Maj Gen Kavuma said that while many programs dedicated towards fighting poverty have been initiated by the government, the failure to identify the Centre of gravity of poverty has dwindled their success. He, however, noted that government has put in place an enabling environment and enablers like peace and security, infrastructure development, among others; to enable the population utilize God given resources and wealth to create sustainable prosperity.

The Director NALI, Brig Gen Charles Kisembo, in his remarks, said the course Intake 09/2022 which commenced on 09 February and ends on 20th May2022 had a total of 97 officers from UPDF, 18 from UPF and 9 from UPS. He said NALI focuses on training knowledgeable, patriotic and committed leaders with a transformative mind to play a critical role in Uganda’s special economic transformation efforts.

The Commandant of Oliver Tambo Leadership School, Col Justus Rukundo said that the increased demand for ideological training is due to the need to create a critical mass for transformation. He said that during the training period, a total of 97 officers from the UPDF, 31 UPF and 26 from UPS are to be taken through theory and practical classes from 28th February to 27th May 2022.

He added that student officers also visited Kawumu Presidential Demonstration Farm, Kapeeka War Memorial and Kapeeka Prison to enrich their knowledge on the trending modern farming techniques.
The function was attended by other Officers and militants from the joint security forces.