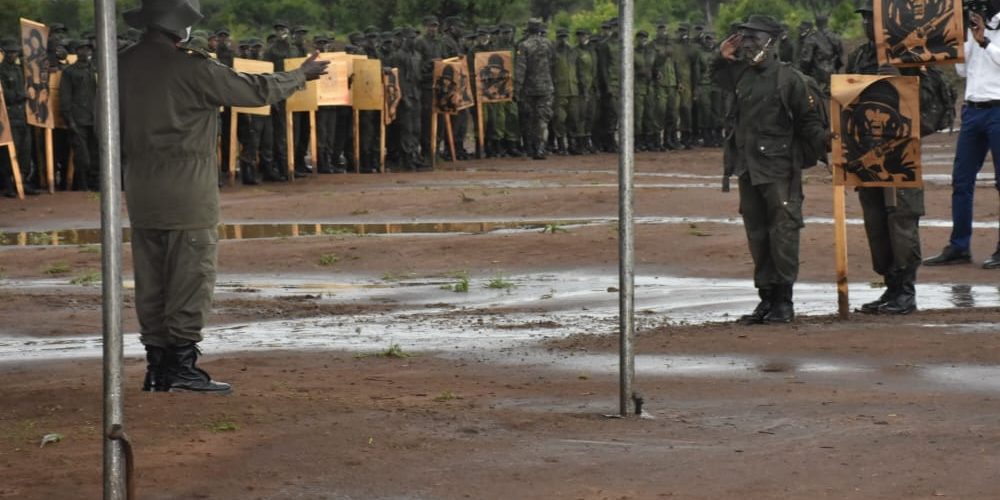 His Excellency the President and Commander-In-Chief of UPDF Gen Yoweri Museveni has today passed out 2,610 Local Defence Personnel (LDP) from Labwordwong Training School in Agago District. 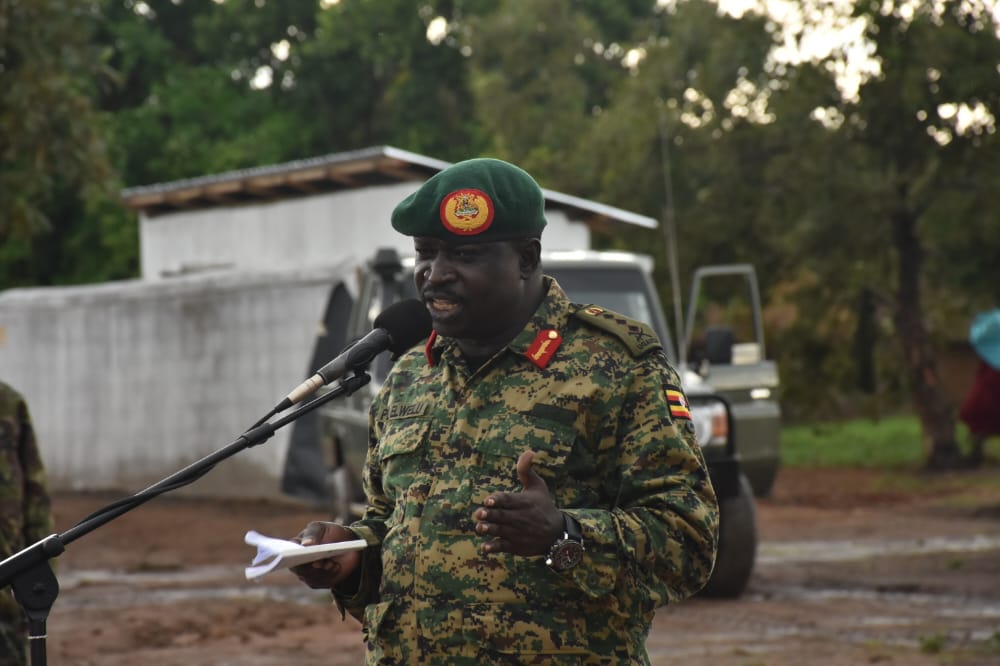 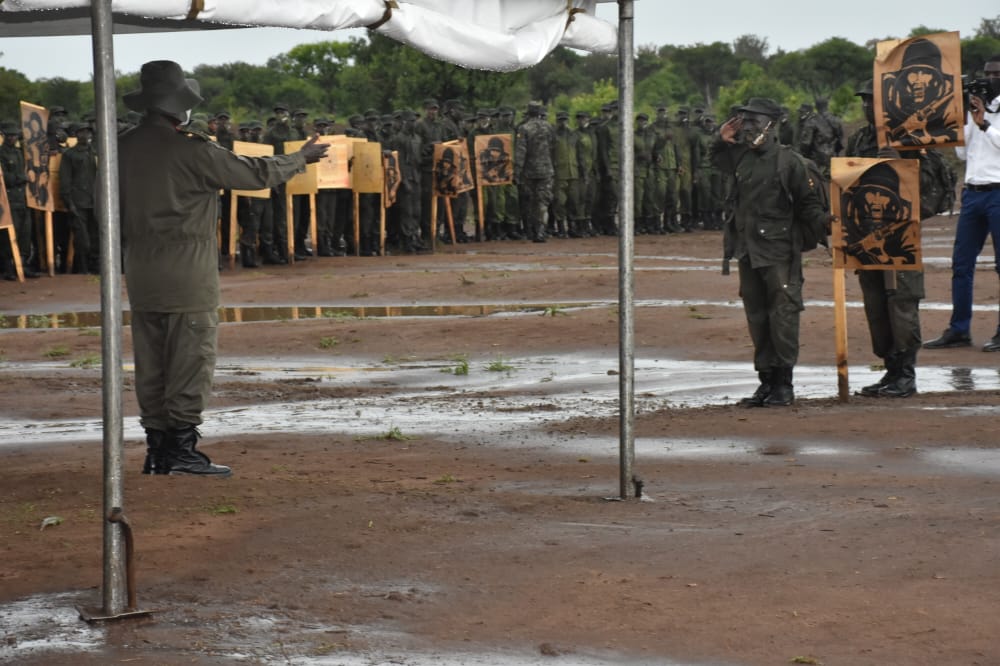 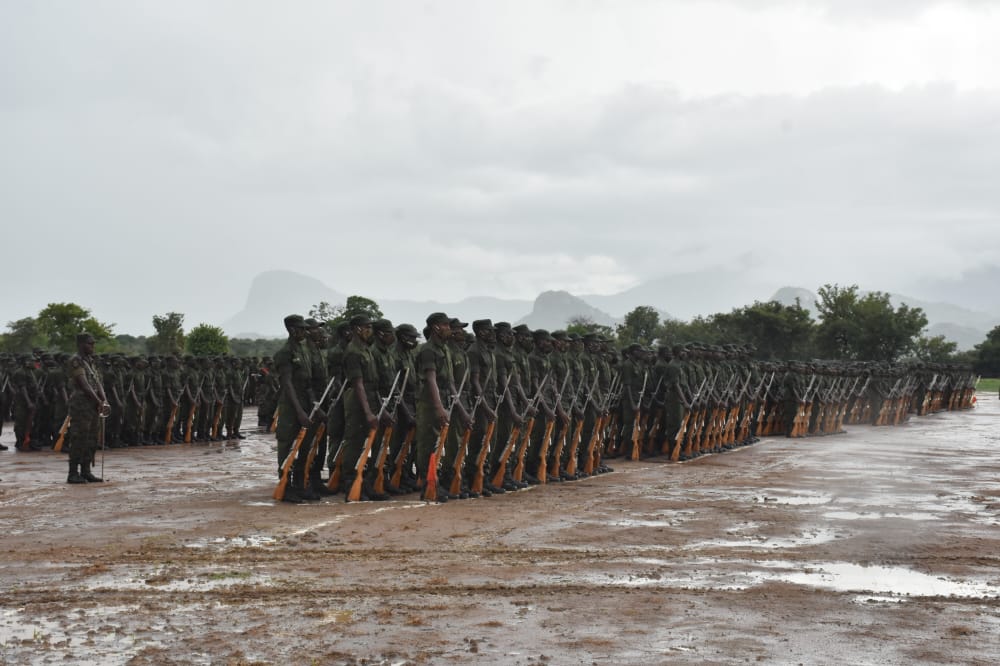 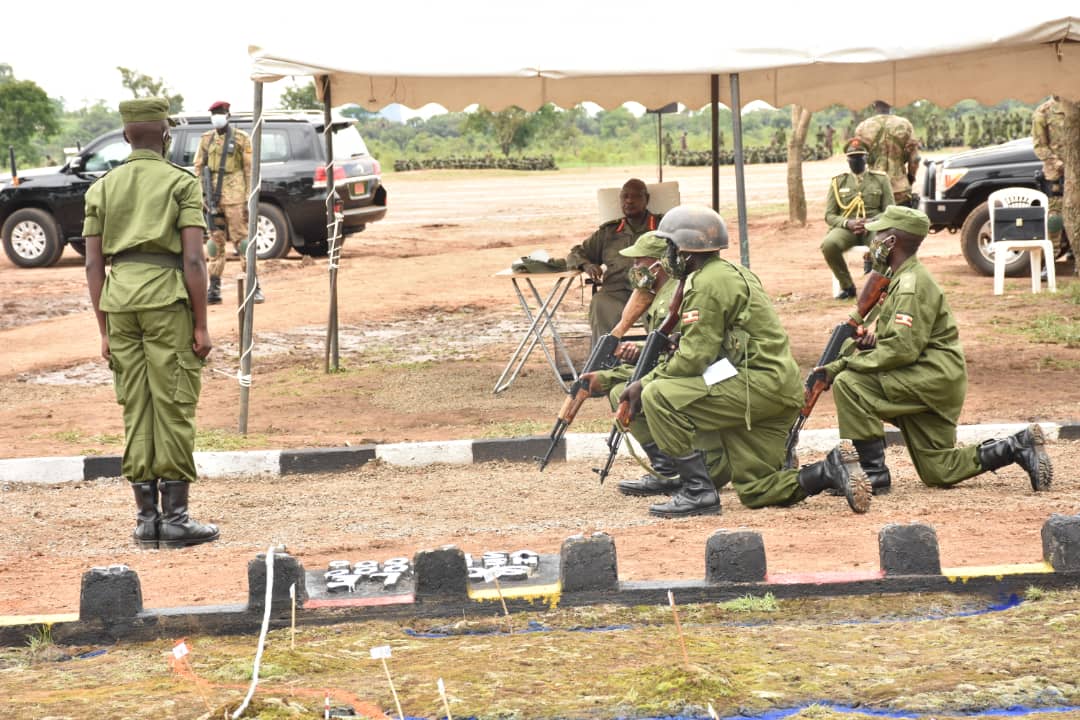 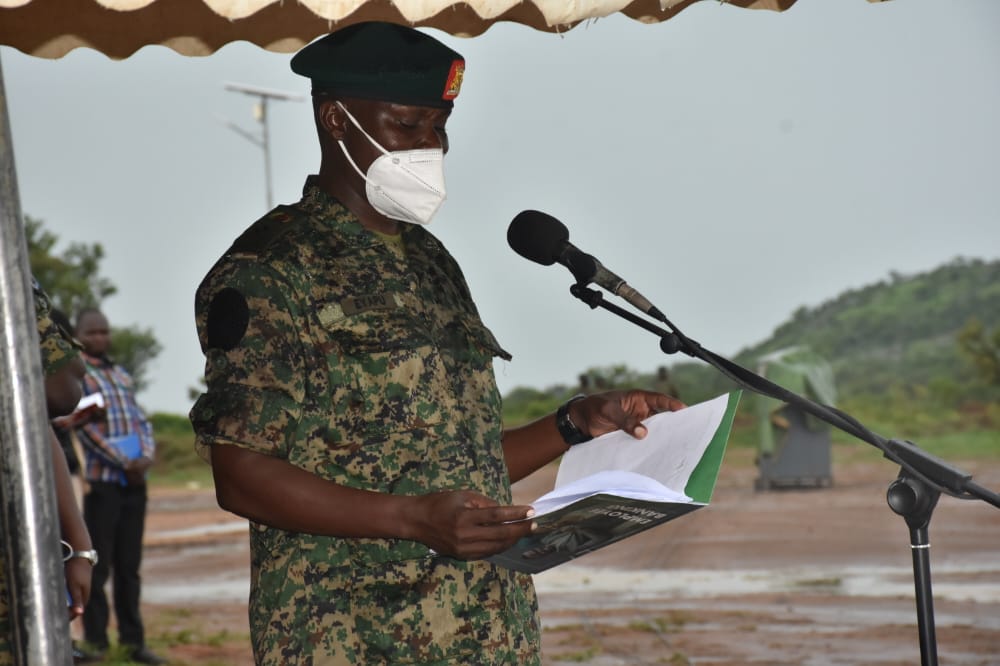 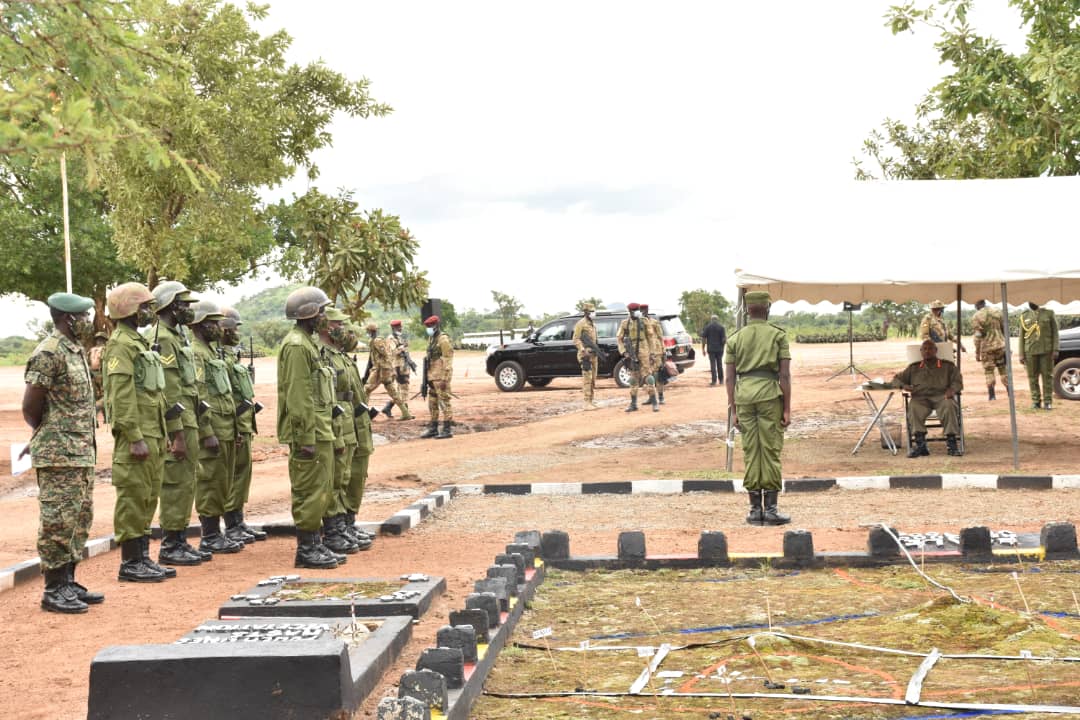 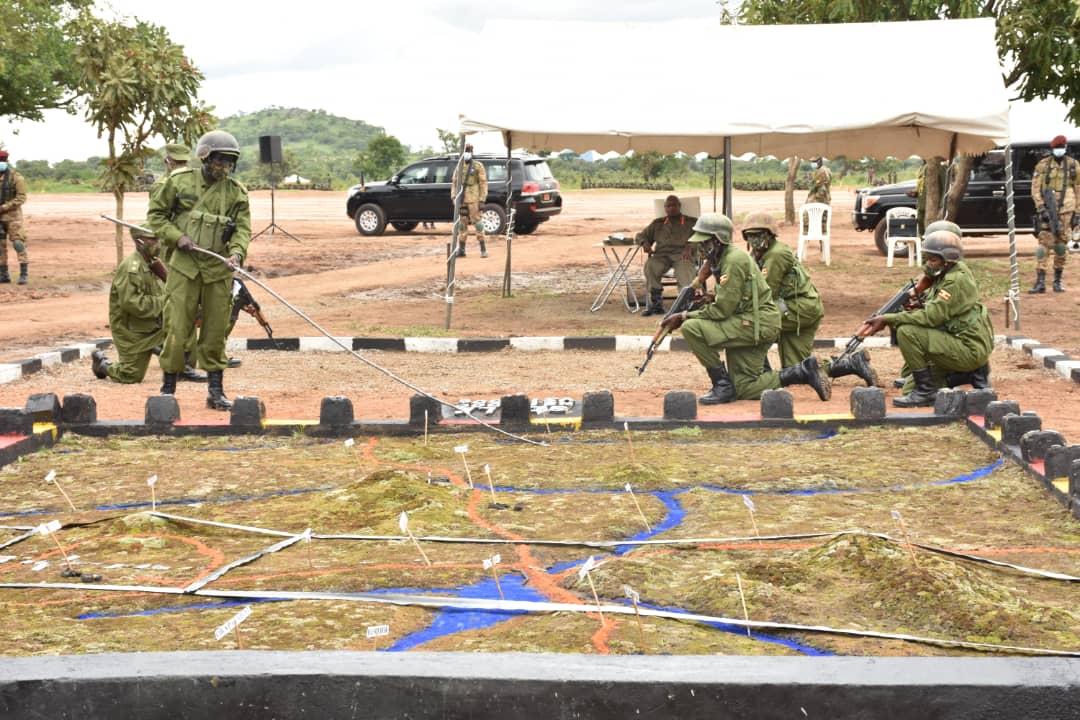 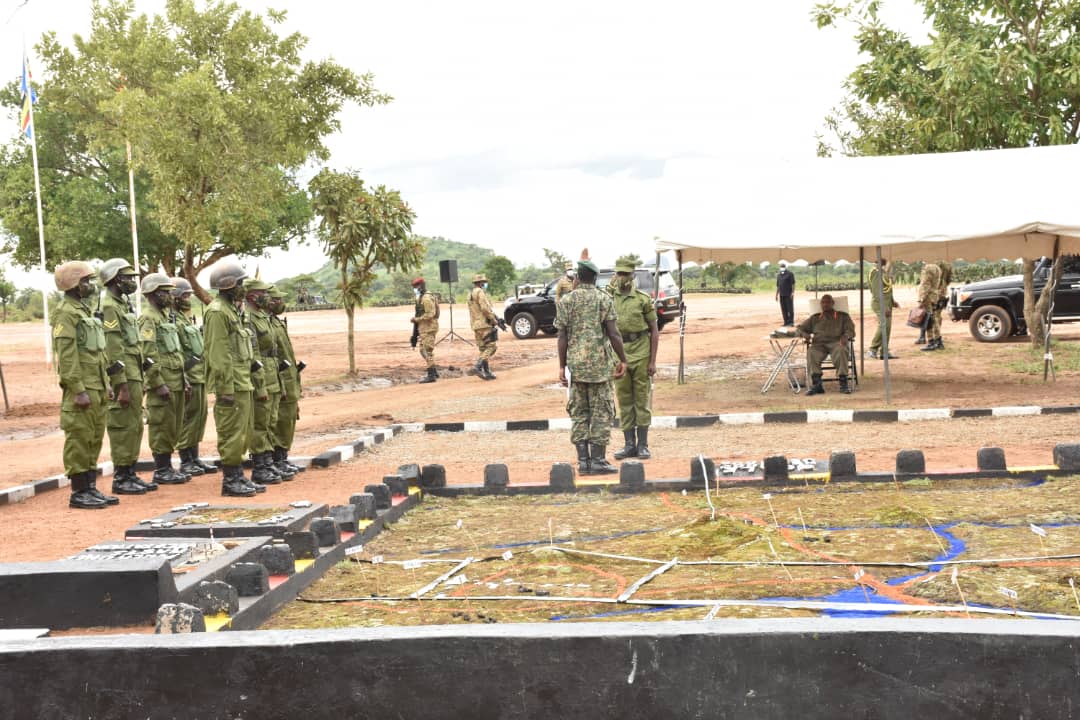 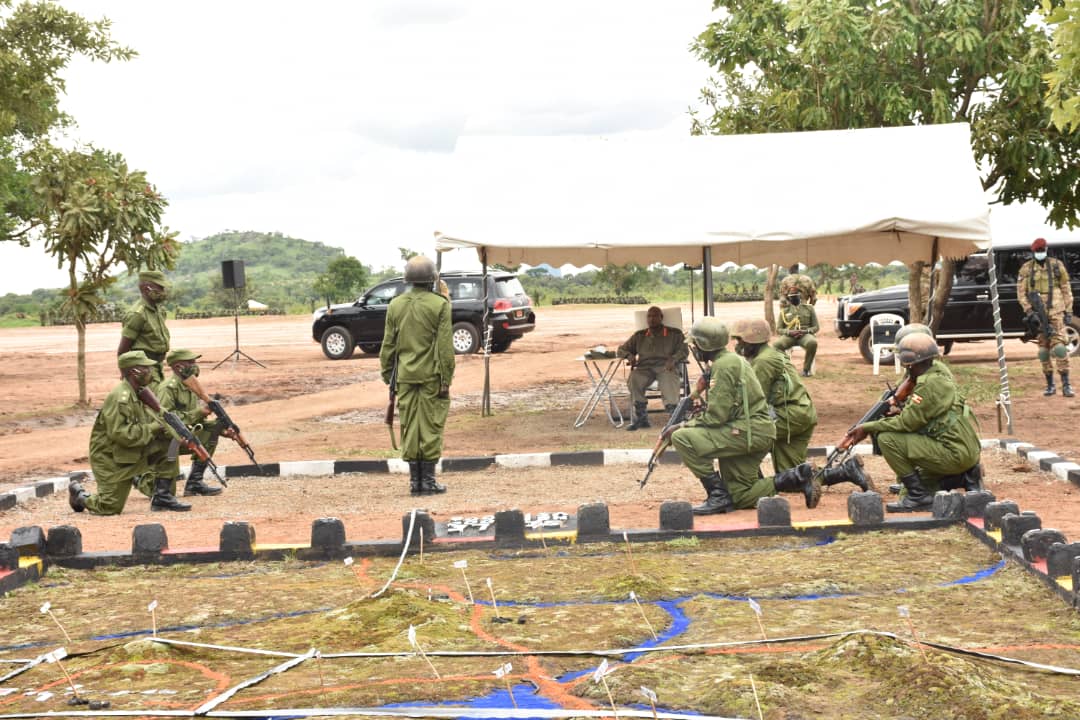 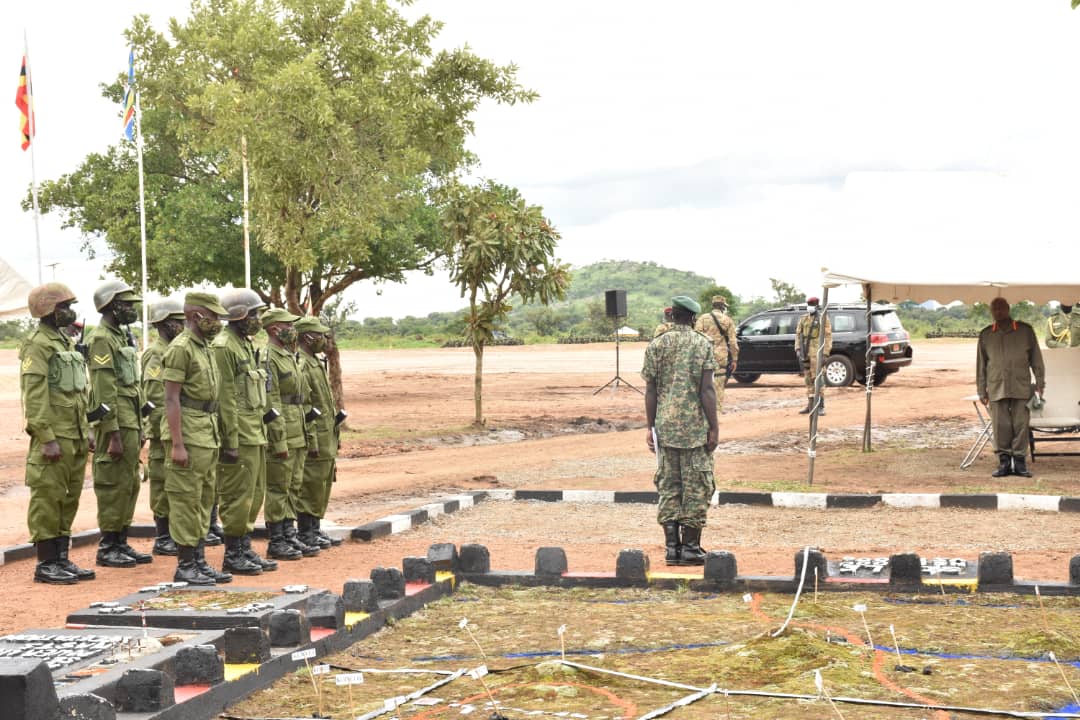 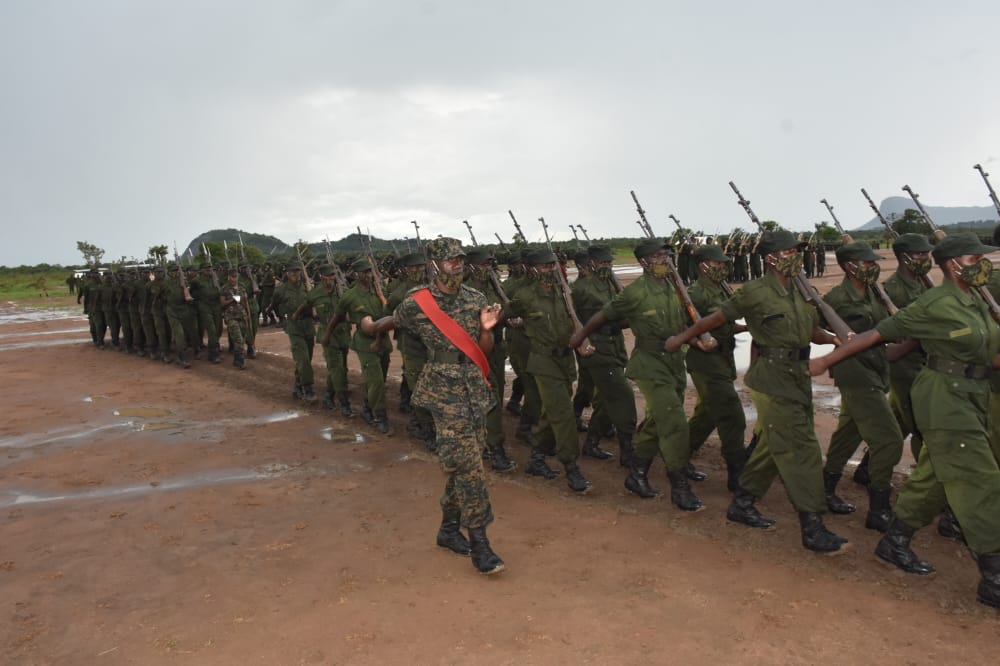 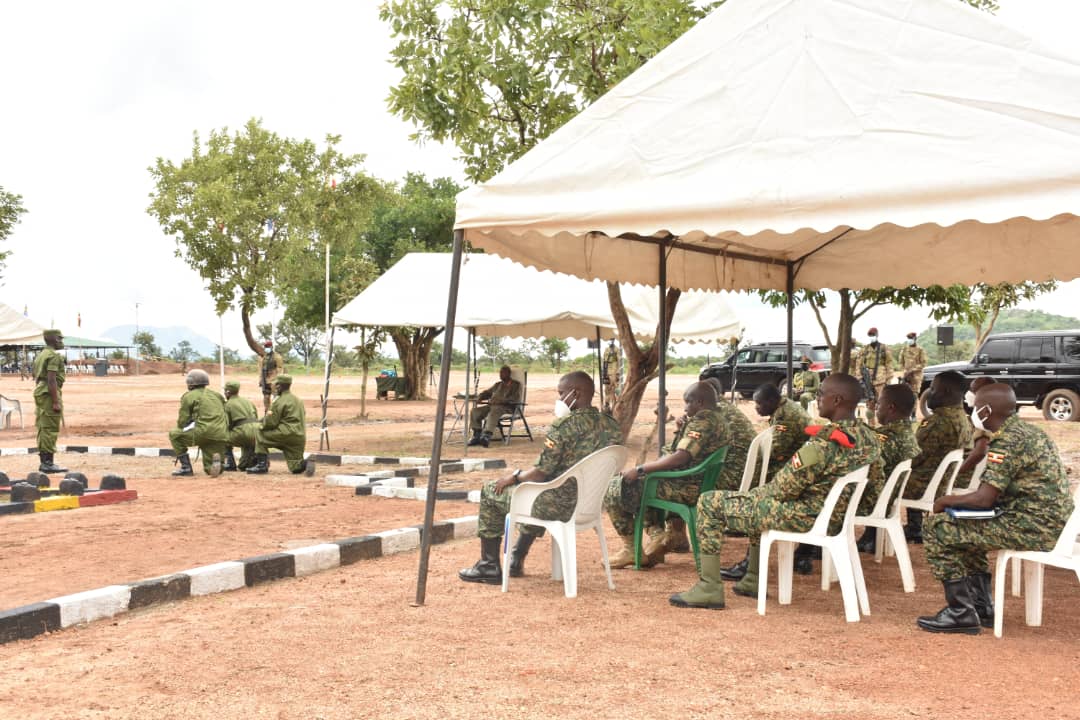 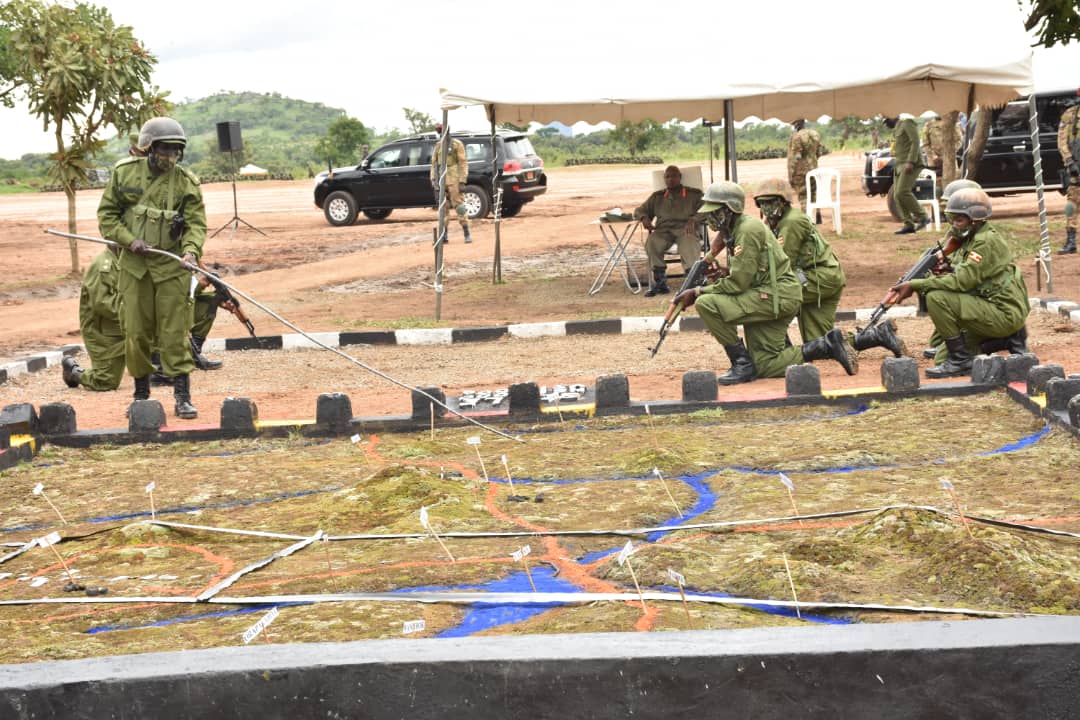 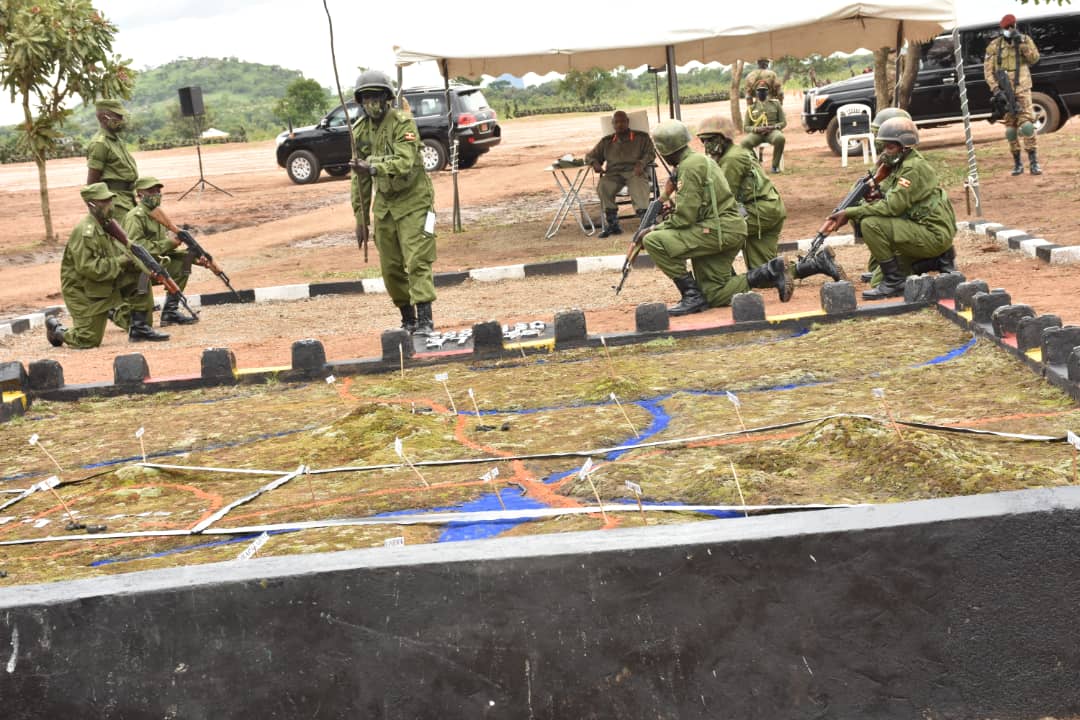 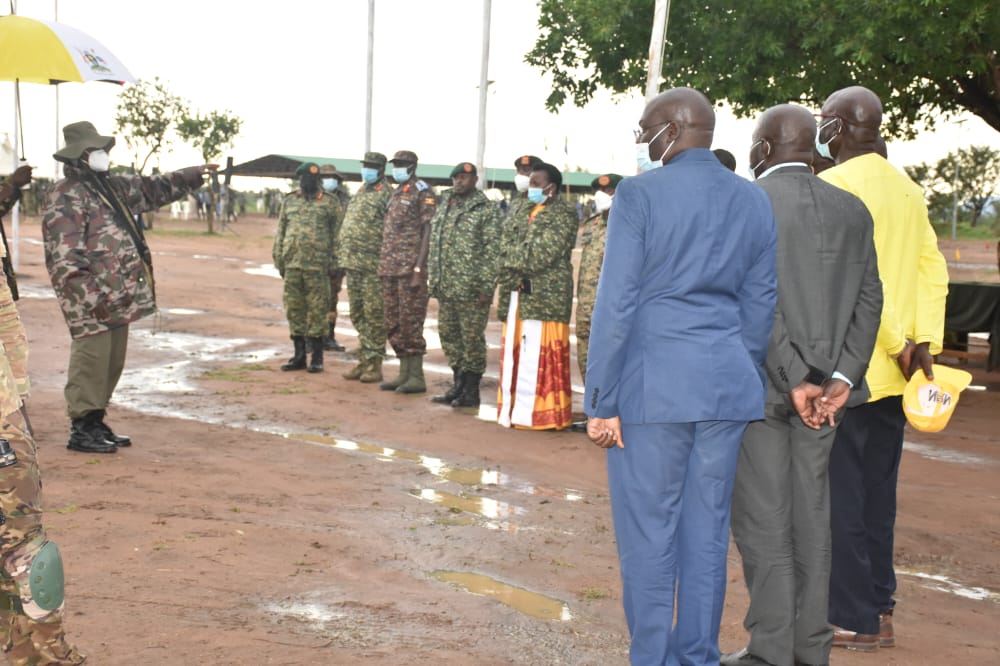 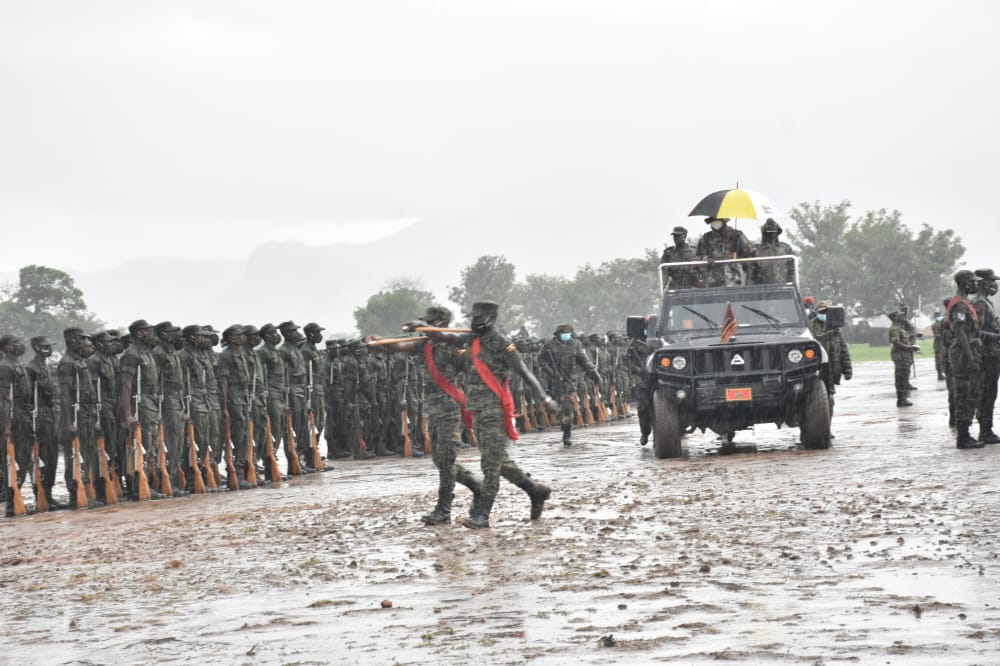 In his address to the graduands and guests at the function, the President noted that he was last in the area about three years ago following up on Karamoja disarmament operations and he thanked the UPDF leadership for turning the place into a training school.

He entreated the Commandant to support the school in contributing to the security and socio – economic development of the area.

The President pointed out that the school still had challenges, among them the need for more dormitories, instructors’ houses, parade ground and a more reliable source of water.

He warned cattle rustlers still engaged in the vice to desist from and abandon the bad practice as soon as they hear his message.

“Tell those rustlers that they will very soon lose appetite for holding or even seeing a gun; whoever sees the cattle rustlers tell them to stop disturbing our people,” he reiterated.

He guided that some of the new recruits should be deployed in the region to continue with the pacification.

The Commander in Chief also commended the UPDF leadership for supporting the newly passed out recruits and urged them to cherish the laws and Constitution of Uganda.

The Deputy Chief of Defence Forces (D/CDF) Lt Gen Peter Elwelu pointed out that the training still lacked a number of basic necessities.

He thanked management and instructors of the training school for their commitment to passing out trainees of good conduct and called upon them to remain focused.

He referred them to a Bible quotation urging them to repent and be ready for the second coming of the Lord to be able to merit heaven.

“Luke 3:14 tells you soldiers not to take money from anyone by force, not to accuse anyone falsely and always be content with what you have, then do your work happily” he cautioned the graduands and wished good life and best of luck in their new deployment.

Lt Col George Steven Eyapu, the Commandant of the Training School thanked the President for gracing the pass out ceremony with his presence. He noted that the graduands were voluntarily recruited by the National Recruitment Team and were officially oriented into the course on 18th October 2021.

He reminded the guests that the theme of the course was to train young, energetic Ugandans to be able to augment the civilian authority and back them up with military skills and knowledge.

The Commandant was also happy to report the modest landmark development achieved in the four years he has been at the helm of the training school.

“The only structures at the school when l assumed office in 2019 could accommodate very few people. The school now prides in a permanent Administration Block, a permanent classroom structure (40x18meters), 5 kitchens, 22 toilets of 6 stances each, a Presidential platform, the Commandant’s permanent house, a VIP house, and the Chief Instructor’s house; the last two items now at 70% completion level, ” he noted.

“We have achieved over 87% of the course objectives and we are happy we are sending to the UPDF top command strong willed, disciplined and well-grounded LDPs for deployment,” he added.