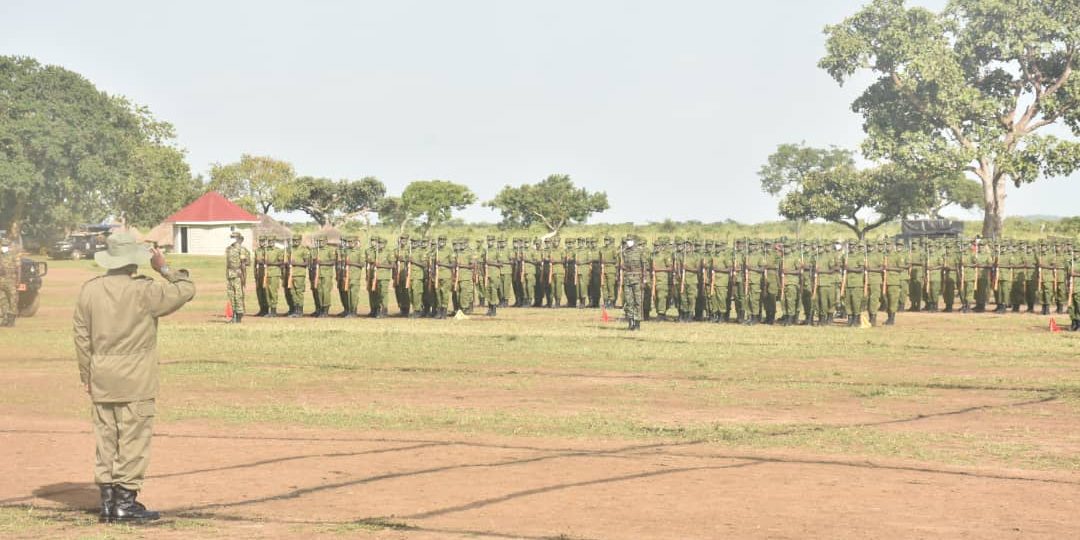 The President of the Republic of Uganda and Commander in Chief of the UPDF H.E Gen Yoweri Kaguta Museveni has today passed out 2593 Local Defence Personnel at Olilim Training School, Palam Sub County, Ngariam County in Katakwi District. 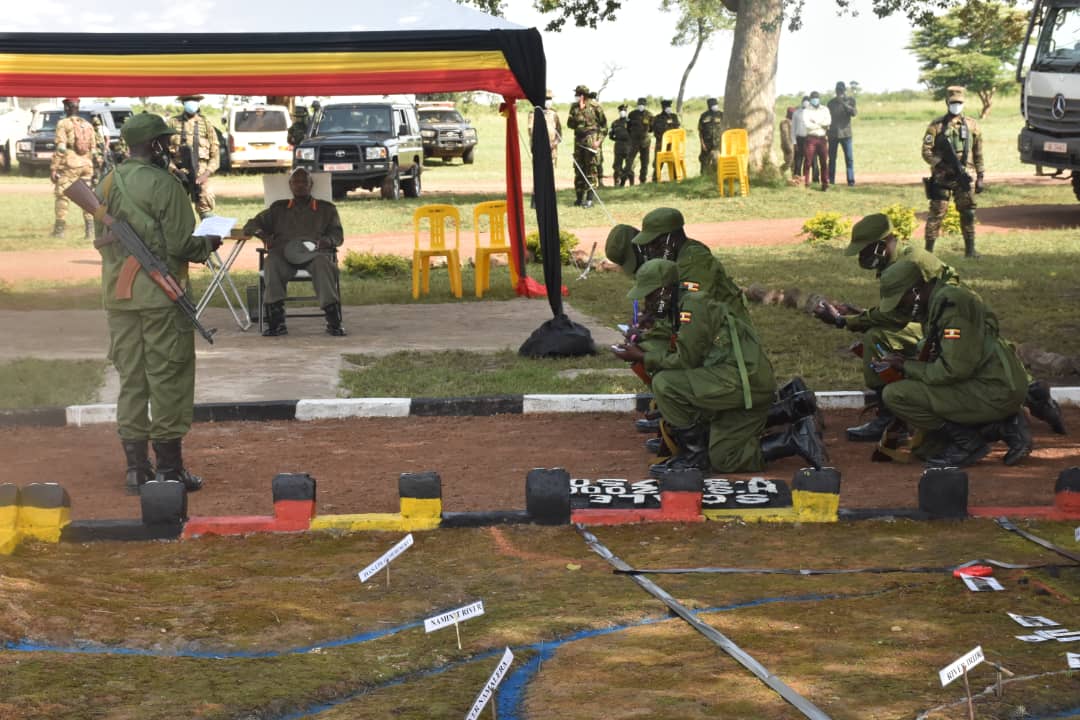 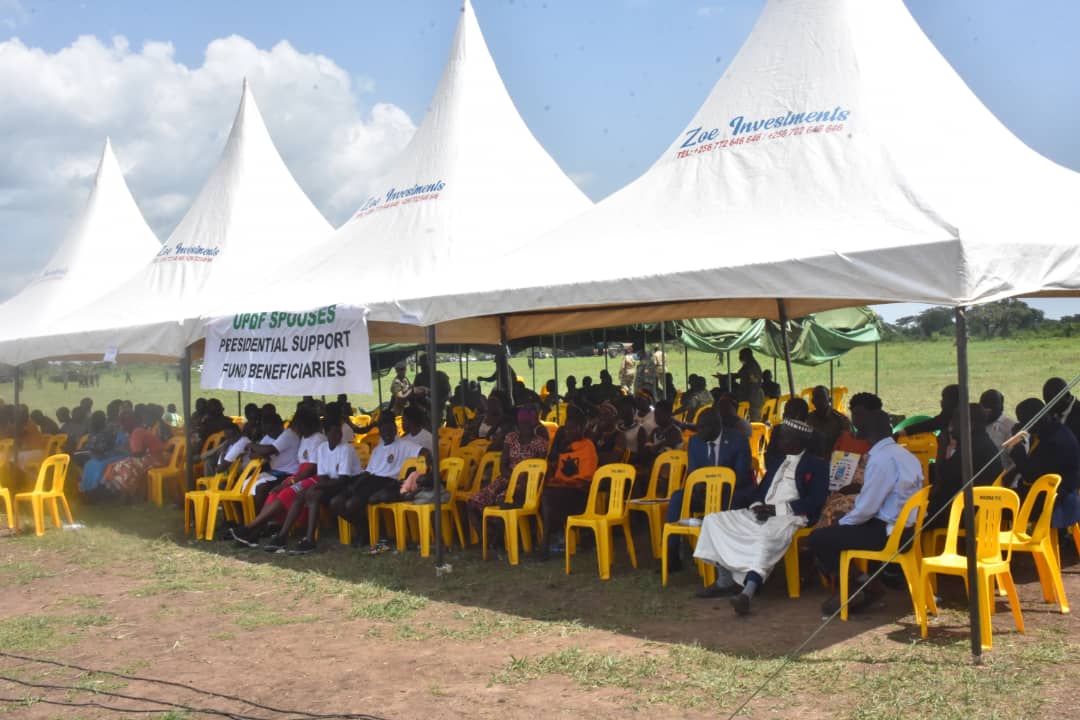 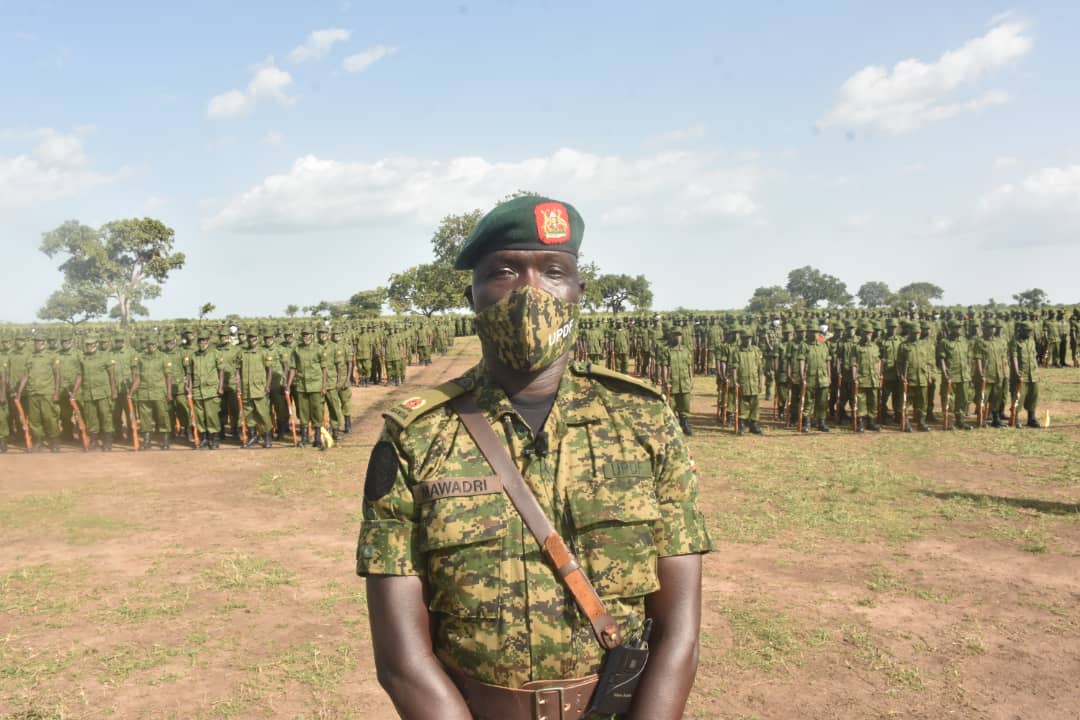 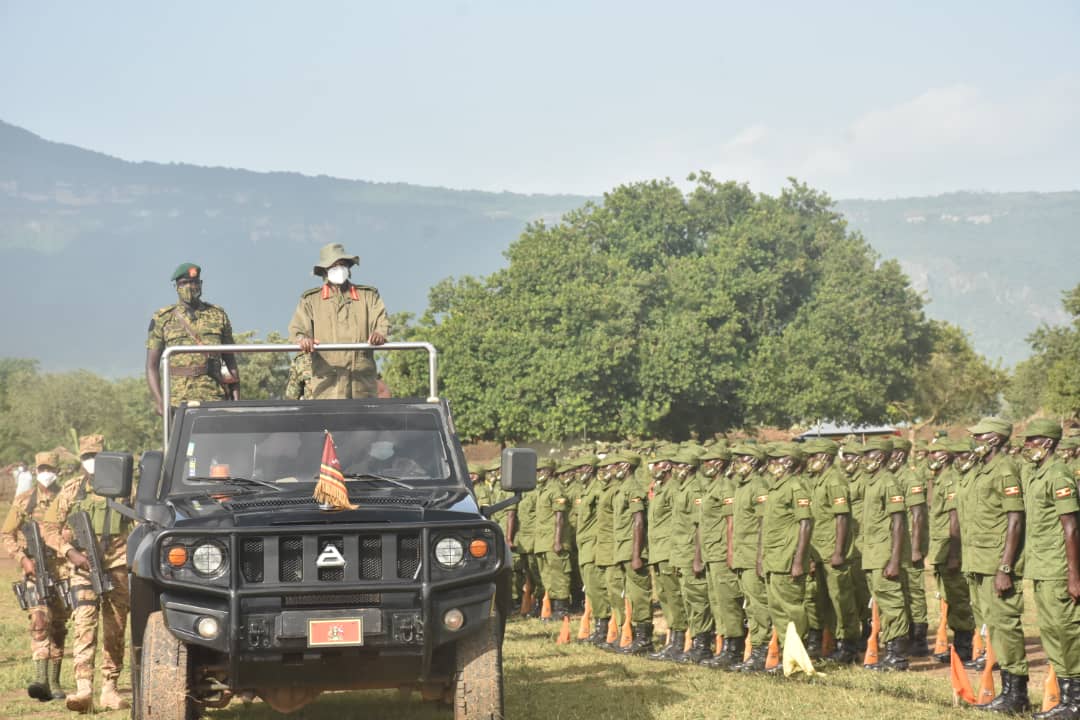 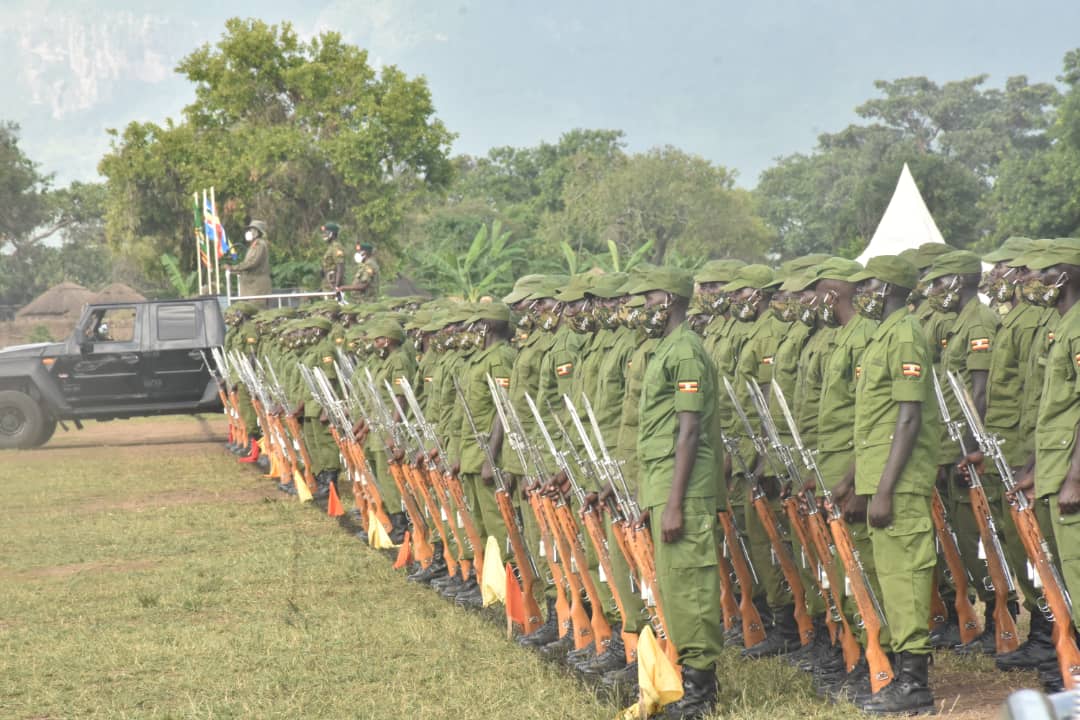 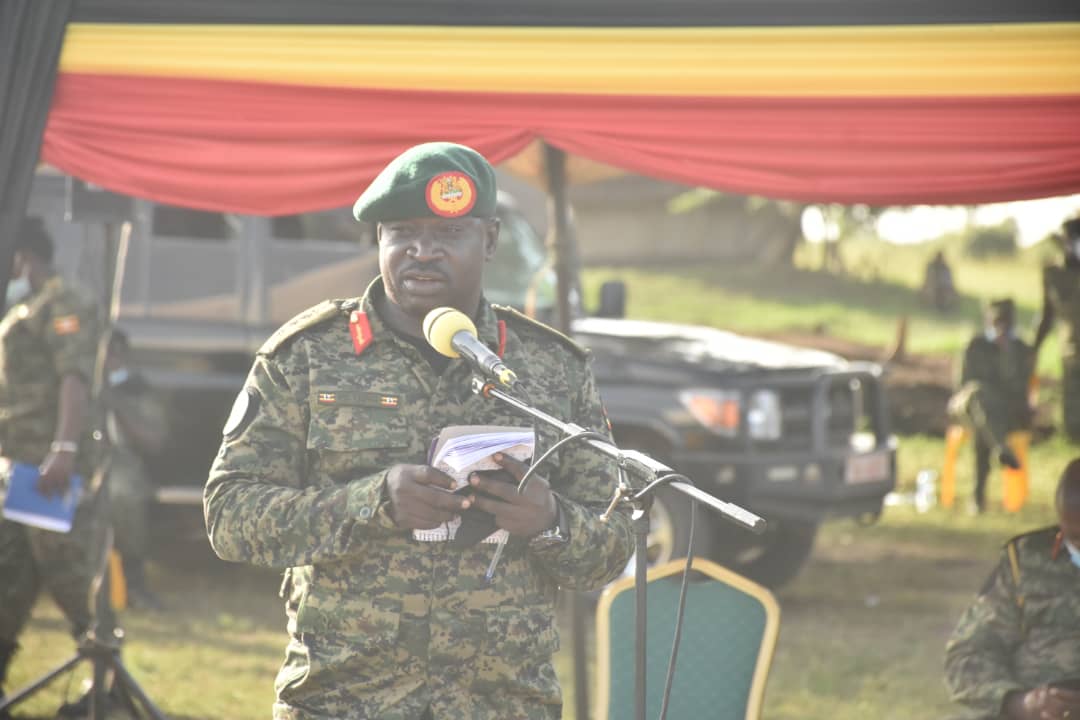 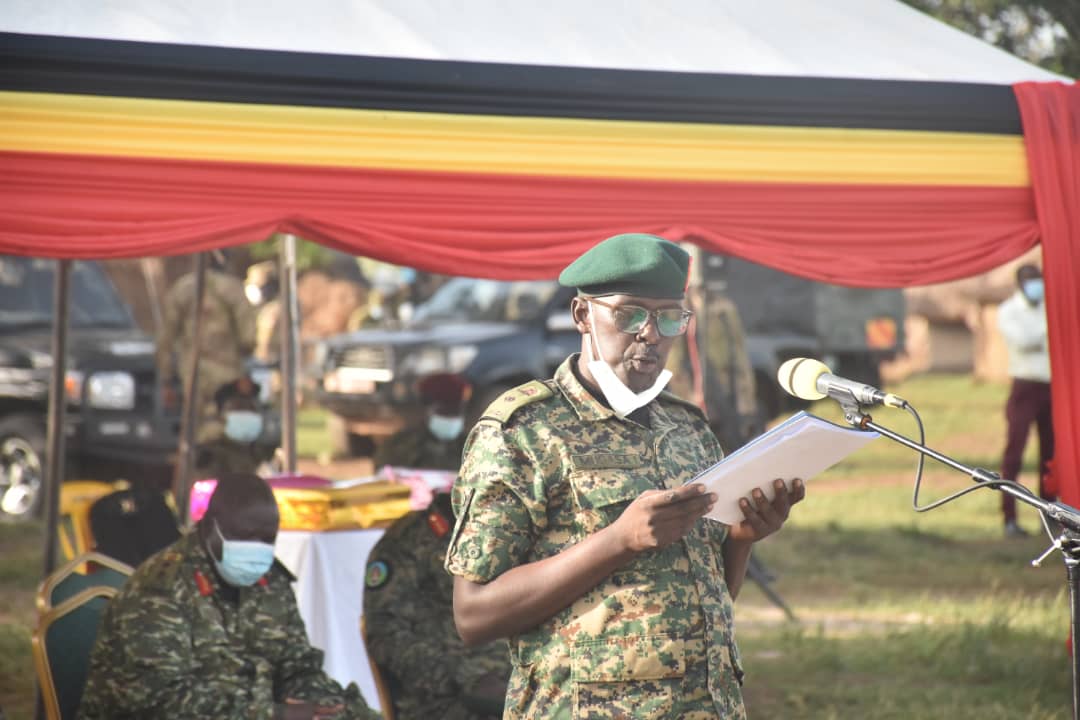 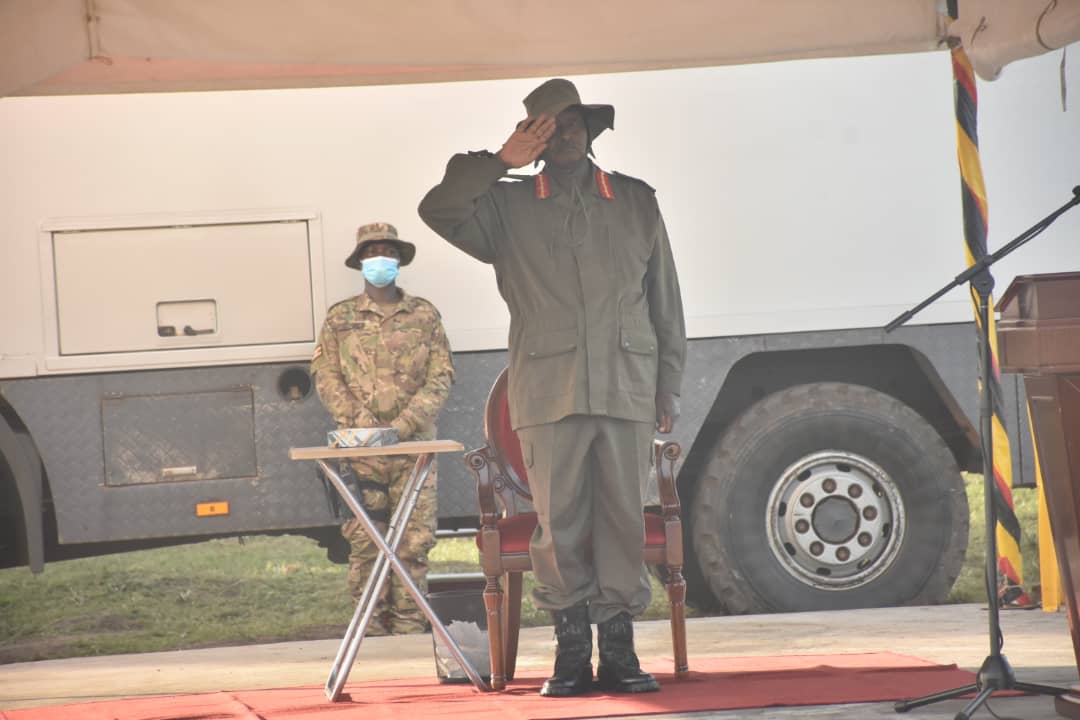 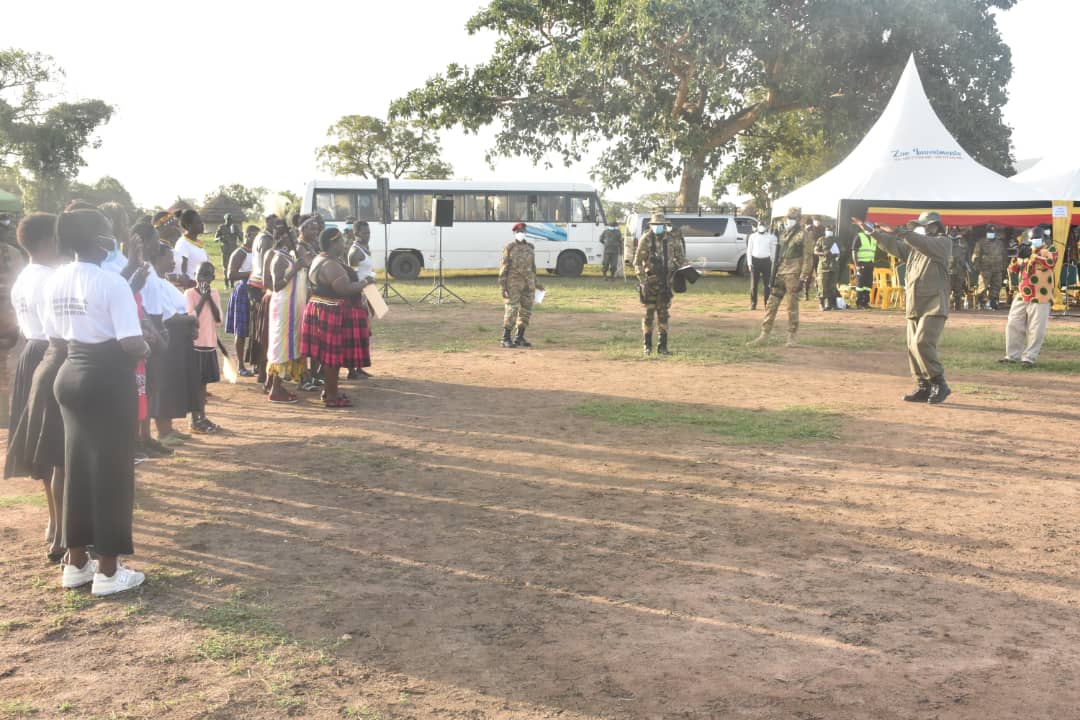 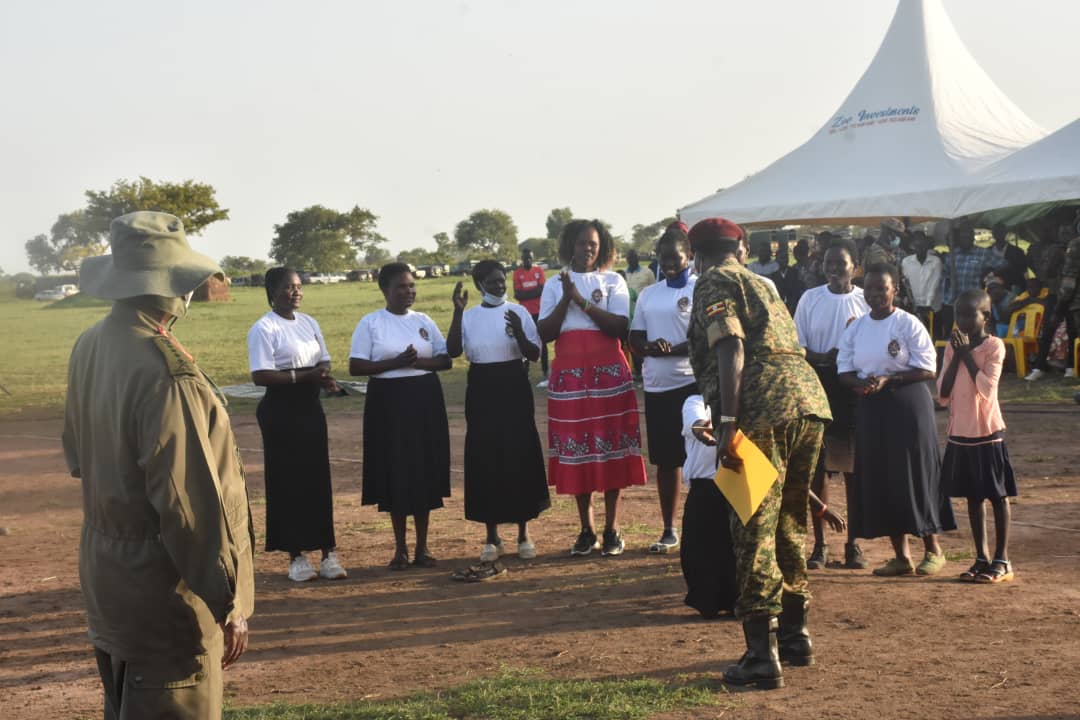 President Museveni, in his address, expressed his happiness at the fact that the graduates volunteered to join the UPDF but were not conscripted.

He thanked the army leadership for developing infrastructure for the army including the training schools.

“The old armies had a few training schools like Jinja, Kabamba and Nakasongola but now we have Singo, Kaweweta which have a special history. Others like Labwordwong and Butiaba, among others, were identified by the army leadership,” he noted.

He directed the Commandant to use part of Napak Mountain in their training of recruits as mountain training produces a better army.

The President thanked the UPDF leadership for enabling a young country defend itself using simple means.

He invited the press to take pictures of the simple huts in which the soon to be passed out soldiers used to sleep as an indicator to show the parasites in Kampala (Bamulyabiyidde) that one can begin humbly within their means and serve their people.

He expressed happiness at the fact that the recruits are well educated with degrees, A Level and the lowest with UCE certificates.” Educated people are easy to train because they learn quickly,” he added.

He called on leaders to fight corruption so that development of infrastructure can blossom.

President Museveni promised to eliminate cattle rustling and called on cattle rustlers to stop the vice because they are wasting their time.

“Cattle rustlers are sabotaging themselves – money we would use to develop them as we have done with the Soroti – Moroto-Kotido road and a power line, is instead used to fight them,” he scoffed.

He congratulated graduates and reminded them that health is very important and that the dangers to health are known; i.e., Pombe (alcoholism), umalaya (promiscuity)– umalaya hatari kwa maisha (promiscuity is dangerous to health) and indiscipline,” he cautioned them.

He then declared the graduates passed out after which they took their oath of allegiance.

The Deputy Chief of Defence Forces Lt Gen Peter Elwelu thanked the President for honouring their invitation and further remarked that more and better infrastructure like more classrooms, accommodation for recruits and instructors, piped water and a health facility will be constructed at Olilim Training School.

He also noted that in future the Airforce training school may be relocated to Olilim as Nabugabo is getting more and more squeezed.

” Believe and practice patriotism, Pan Africanism and humility to have a happy life in the army. Selfishness, arrogance and indiscipline will push you out of the army,” the Deputy CDF cautioned graduands.

The Commandant of the Training School Lt Col Eria Katorogo Mugasa reported that the 8th Intake of 21/22 started with 2,611 students, 475 of them women, on the 1st November 2021.

The trainees were voluntarily recruited from the districts of Kampala, Wakiso, Greater Mukono, the Greater Jinja and the Greater Iganga with qualifications ranging from Uganda Certificate of Education (UCE) to Masters Degrees in various disciplines.

238 of the graduates were from the Internal Security Organisation.

The Commandant commended the graduates for their exceptional discipline during the course and assured the UPDF leadership that the graduates were a group the army leadership would strongly rely on after deployment.

“The zeal, discipline and enthusiasm with which they endured the robust training is a clear manifestation of their desire to protect their families, villages, neighbourhoods and country at large”, he emphasized.

He congratulated the graduates upon their successful completion of the rigorous course and reminded them of their duty to keep the oath of allegiance, which they affirmed to uphold at all times.

“As members of the LDP, always be ready to serve Uganda, its people and protect our national interests. Always put the mission before personal needs,” the Commandant advised.

He was especially grateful to the UPDF leadership and sister Schools of the Field Artillery and Air Defence (SOFAAD) and Counter Terrorism Police Training School (CT-PTS) for their support towards the training course.

During the course, the graduates acquired basic military skills and knowledge, several tactical field training exercises and drills. They also received external lecturers from Senior Military and Government officials to familiarise them with current political trends and leadership at different levels.