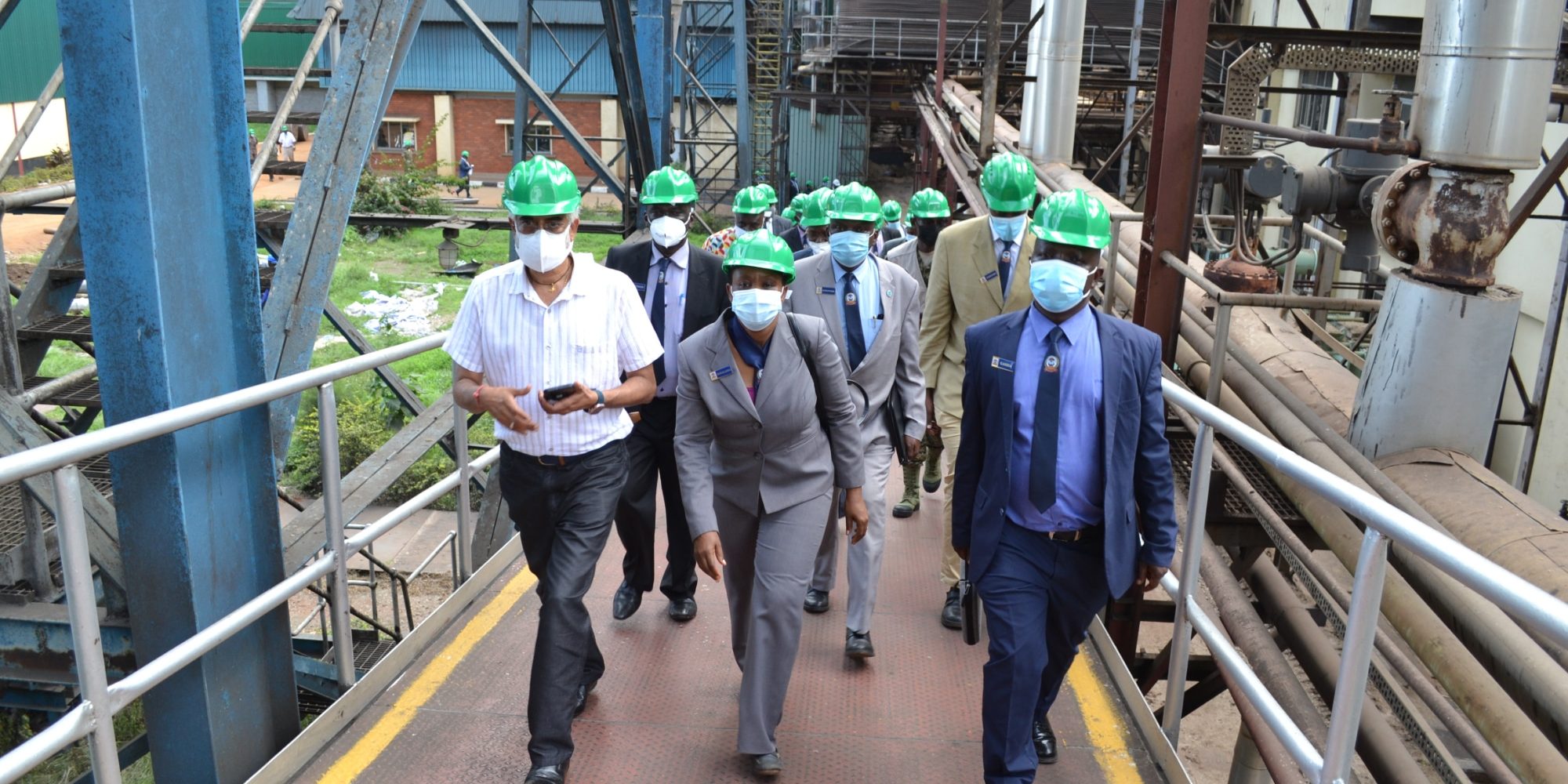 A delegation of eighteen (18) senior military officers, who are course participants at the National Defence College – Uganda (NDC-U), together with members of the Directing Staff have today conducted a guided study tour of Kakira Sugar Works and Bujagali Hydro Power Plant, in Jinja district. 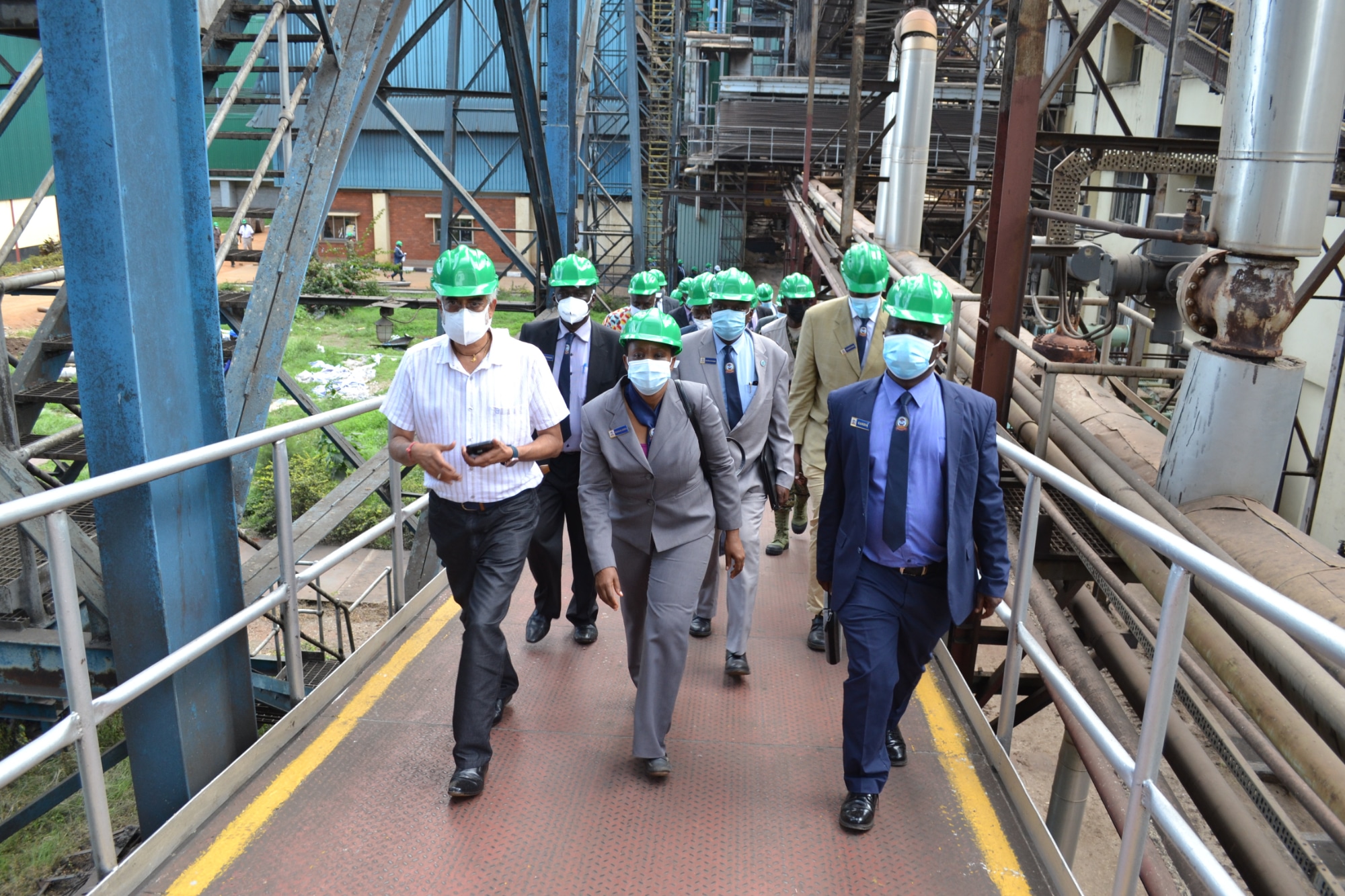 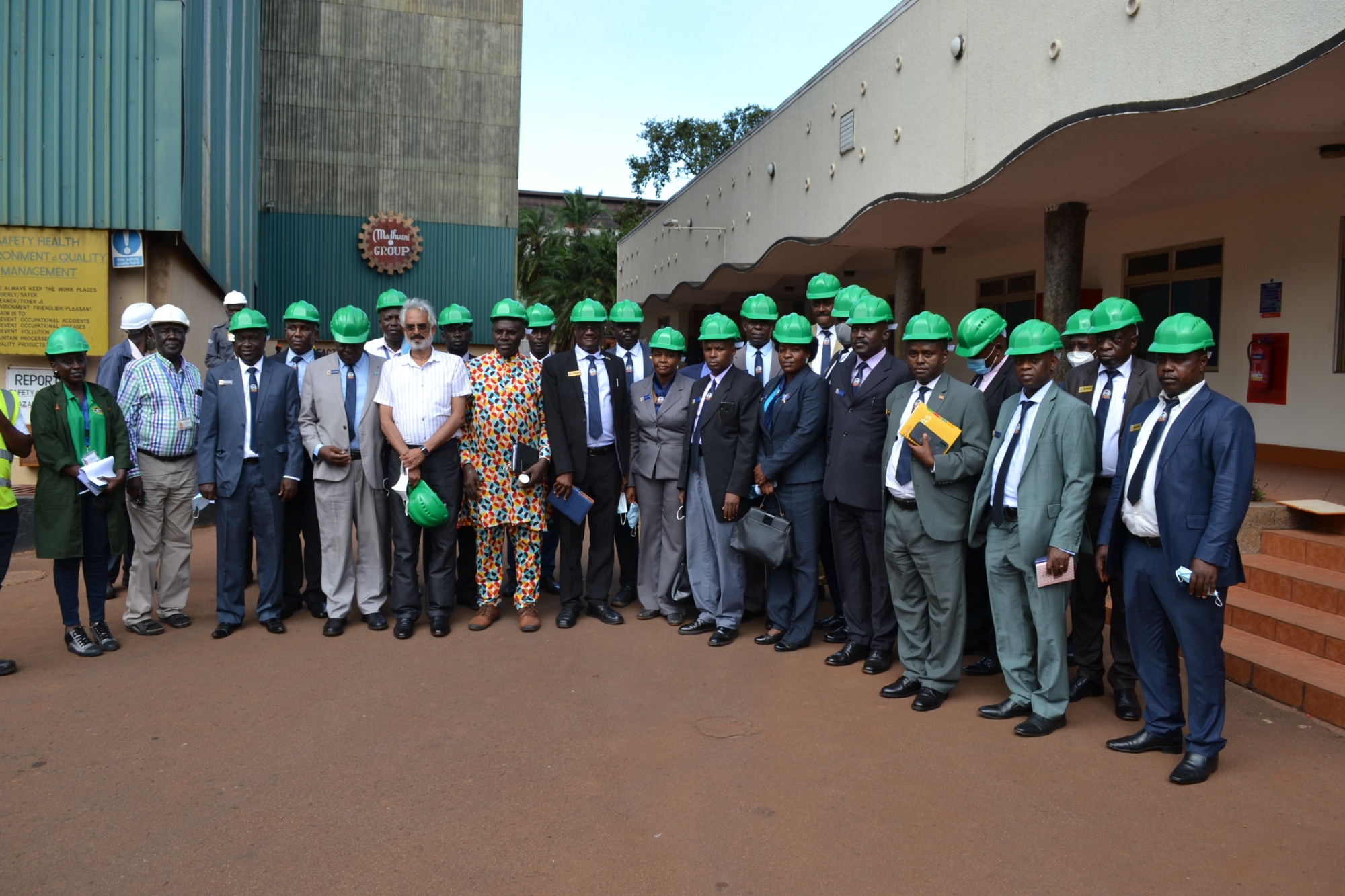 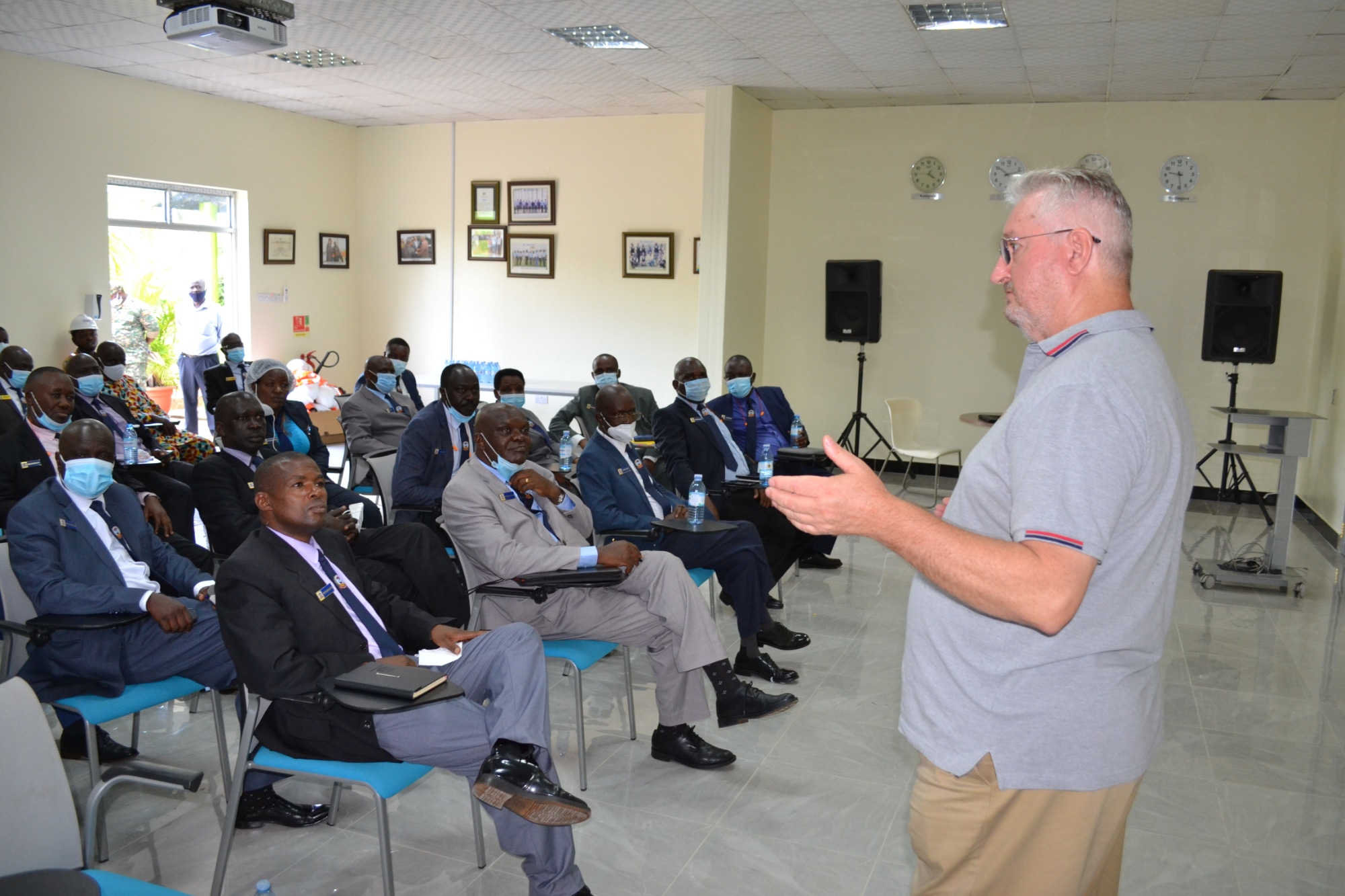 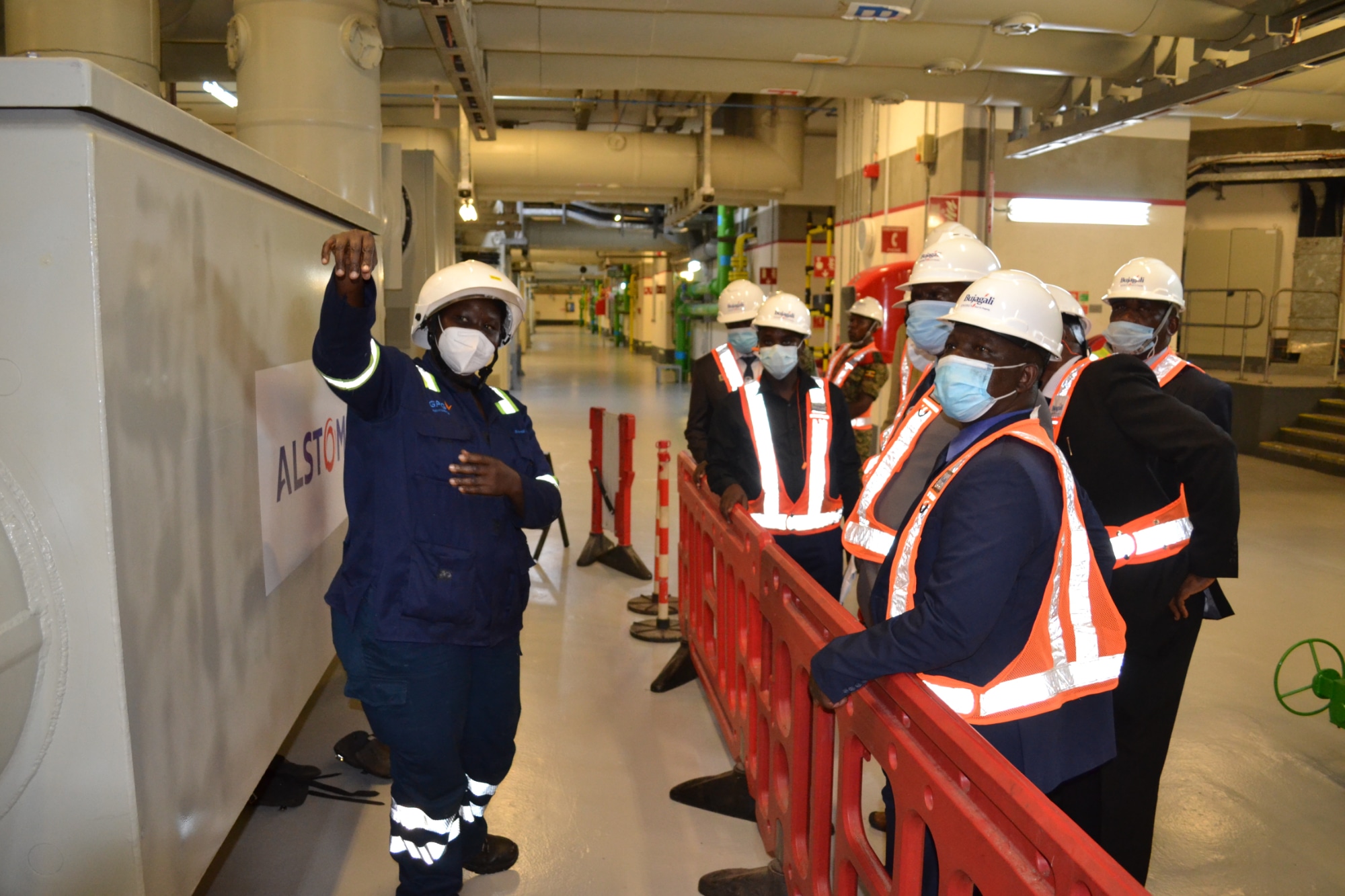 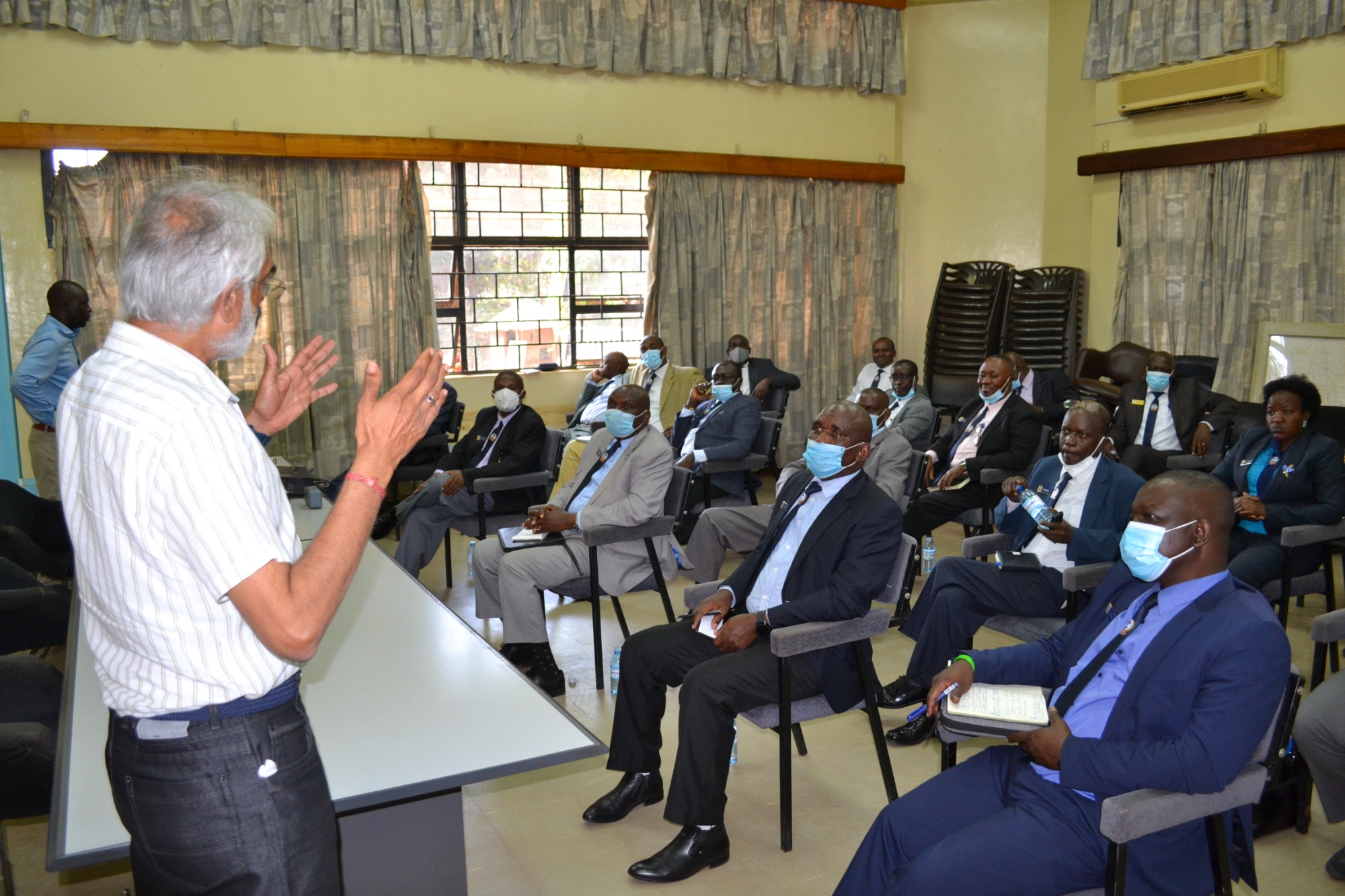 The Company Secretary Kakira Sugar Works Limited, Mr. Iyenger, who hosted the delegation at the plant, in his briefing, commended the joint security forces for stabilising the country, noting that the existing peace and stability has enabled the growth of the factory. Mr Iyenger was accompanied by the Factory Management Systems Coordinator, Mr. Jamal Rashid.

The NDC – U delegation was led by Brig Gen Kefa Nangeso, a Senior Directing Staff at the College.

Later the students were taken through a guided tour of the different subsidiaries that have come up as a result of the existence of Kakira Sugar Works, including among others a Power Generation Plant, Spirit Making and Processing factory, Research and Development Unit.

Brig Gen Nangeso, in his remarks, thanked the management of Kakira Sugar Works for its enormous contribution towards the socio-economic development of Uganda.

Earlier, the delegation had visited Bujagali Hydro Power Plant where they were welcomed by the Plant Managing Director Mr. Alaister Mc Dongall.

Mr. Alaister gave an oversight of the overall process of power generation, distribution and the challenges involved despite the high-power demand. He said the plant also engages in Corporate Social Responsibility by participating in local development projects around the plant.

The visit at Bujagali was led by Brig Gen Godfrey Wolimbwa, who later handed over a souvenir to Mr. Alaister in recognition of the company’s contribution towards the socio-economic transformation of the country.

The three-day study tour of the industrial sector in the country is aimed at   deepening the course participants understanding of the need for industrial growth to spur socio-economic development in Uganda. A few weeks ago, the participants also visited Uganda Industrial Research Institute in Namanve and Luweero Industries Limited in Naksongola District.