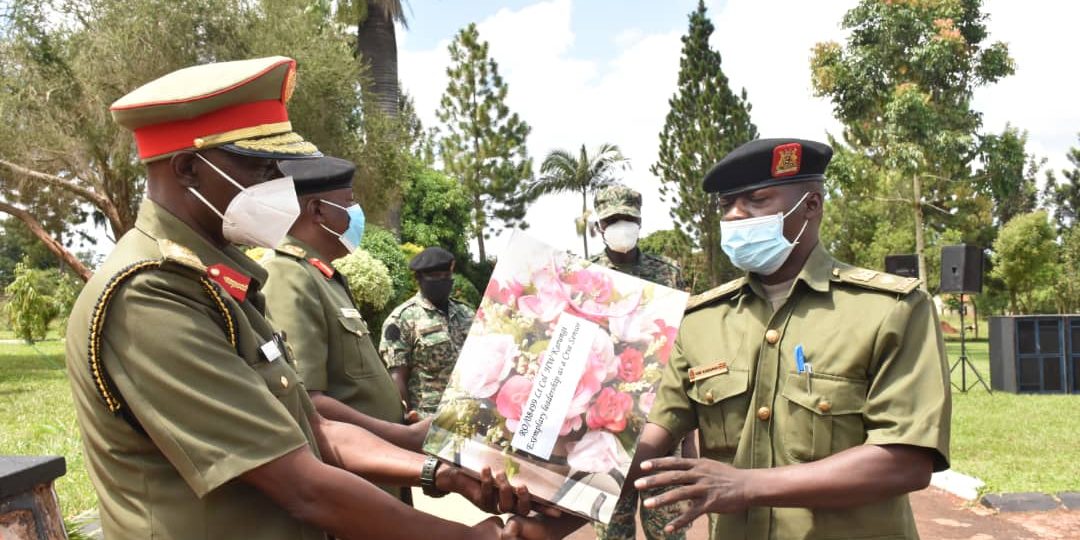 The Uganda Peoples’ Defence Forces (UPDF) Chief of Personnel and Administration, Maj Gen George Igumba has today presided over the pass out of one hundred eleven (111) Officers who have successfully completed the Junior Command and Staff Course. 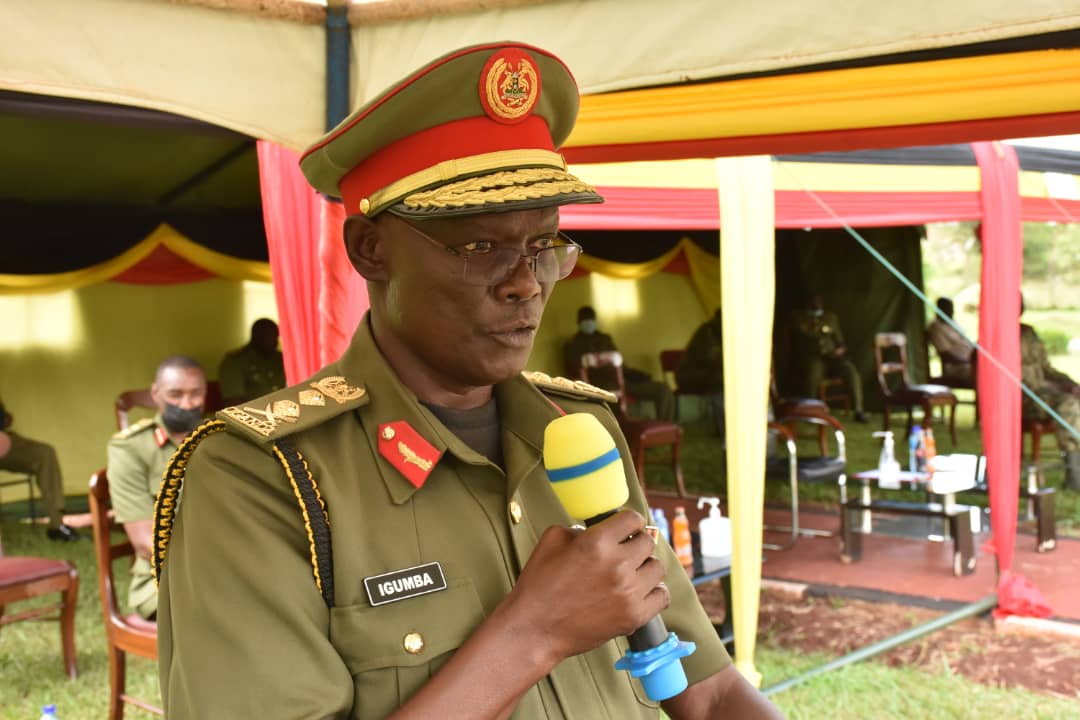 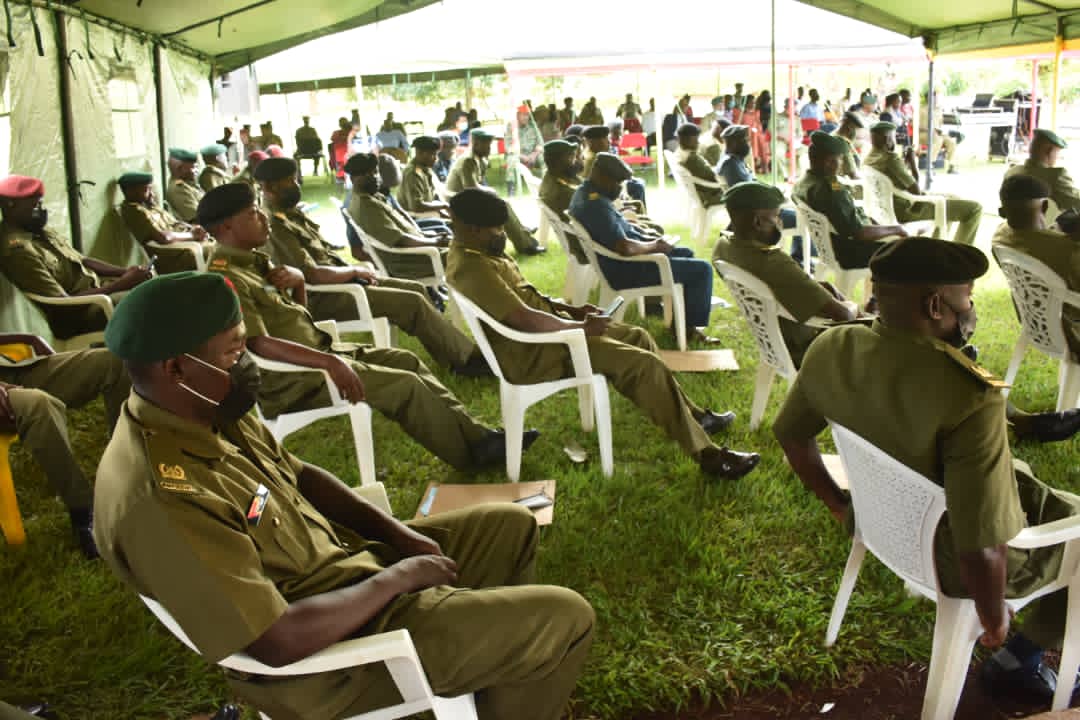 The course, at the Junior Command and Staff College (JCSC) in Jinja, commenced on 17th January 2022.

In his remarks, Gen Igumba, congratulated the graduands and highlighted the importance of leadership in building a professional army.

“To the graduating class, congratulations upon your successful completion of the course, and for having sailed the deep waters and landed safely. Innovation, curiosity and shunning mediocrity will hold you in good stead as you make your befitting contribution to the further professionalization of UPDF and development of the country,” he noted.

He commended the UPDF fraternity for enormously supporting the course and the spouses of the graduating students for their unwavering support and patience extended to the officers while on duty.

He noted that the ten (10) modules that have been exposed to them revolve on mainly one pertinent matter, which is leadership. “Leadership entitles one to have the command of human beings and one needs to have control of them and manage resources that are at our disposal. Purposeful Leadership is when you see positive impact from your followers,” said Maj Gen Igumba.

The CPA cautioned Officer graduands to always position themselves as well-trained purposeful leaders.

He added that leaders are role models to their followers through the decisions they make. “The older I get the more I get to know that leadership is all about one word and that is trust. Once one has trust of their colleagues; then people you are leading will enable you accomplish greater things. This trust needs to be earned each and every day,” he quoted a Canadian Social Politician.

The Commandant of the Junior Command and Staff College, Brig Gen Winston Byaruhanga, reported that all the 111 students Officers successfully met the course requirements.

He said they acquired skills and knowledge that will enhance their command and staff duties at both unit and formation levels.
He commended the UPDF leadership for the guidance, support and trust that has facilitated the smooth running of the College.

“This has enabled us to concentrate on the core business of ensuring that the students entrusted to us are trained to the highest standards,” he said.

The Commandant also observed that the course is structured to produce all – round officers that are prepared to work in both Command and Staff appointments.