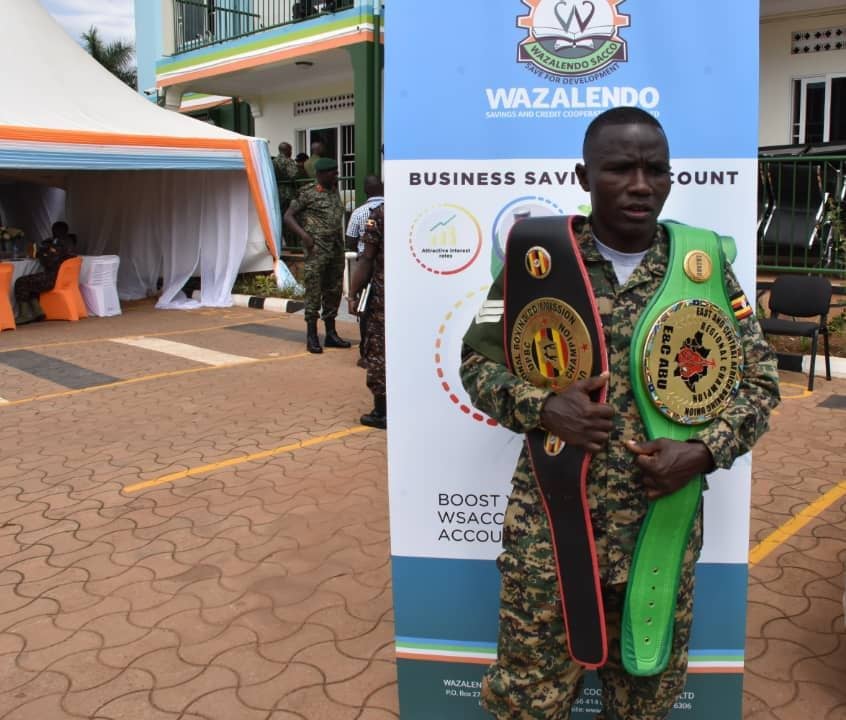 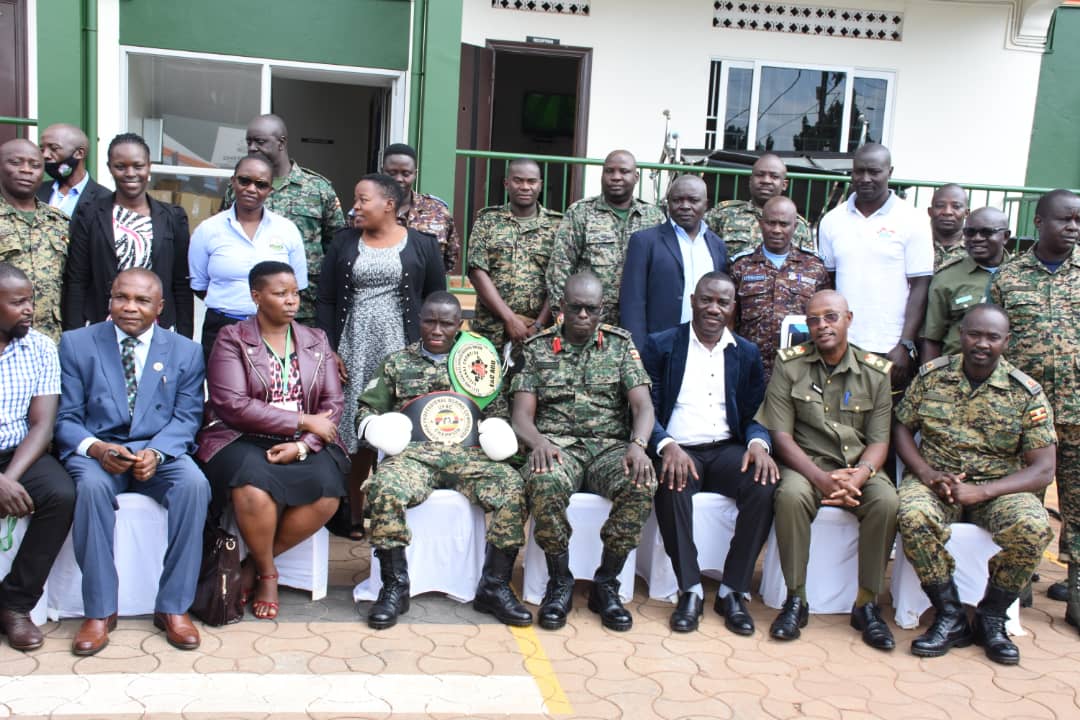 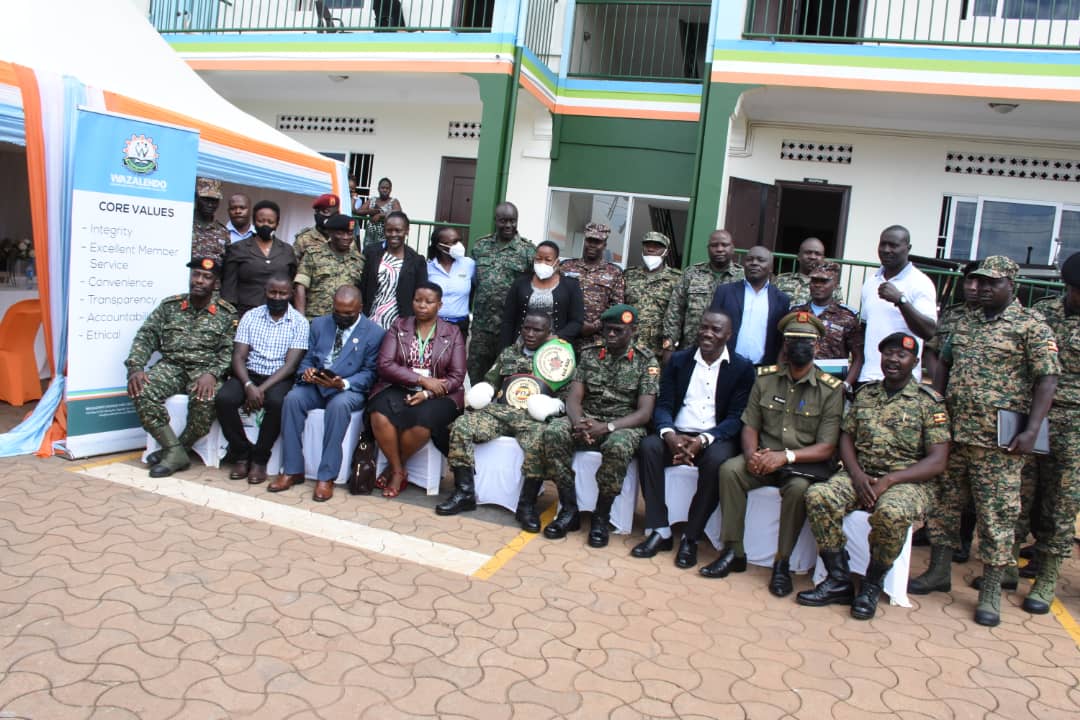 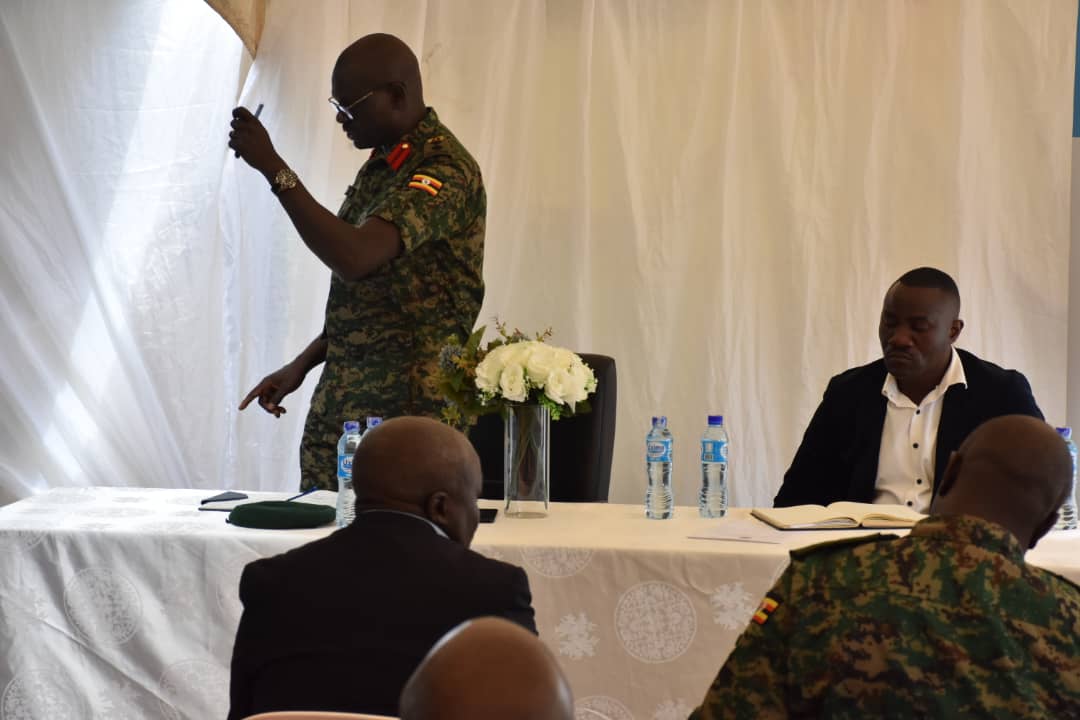 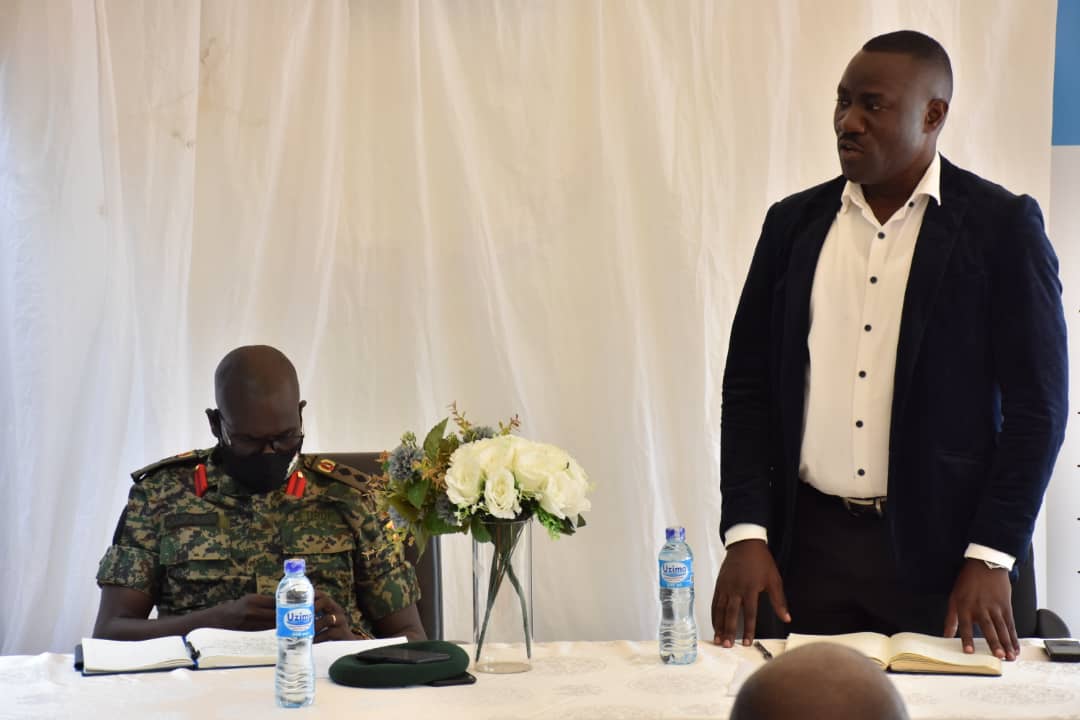 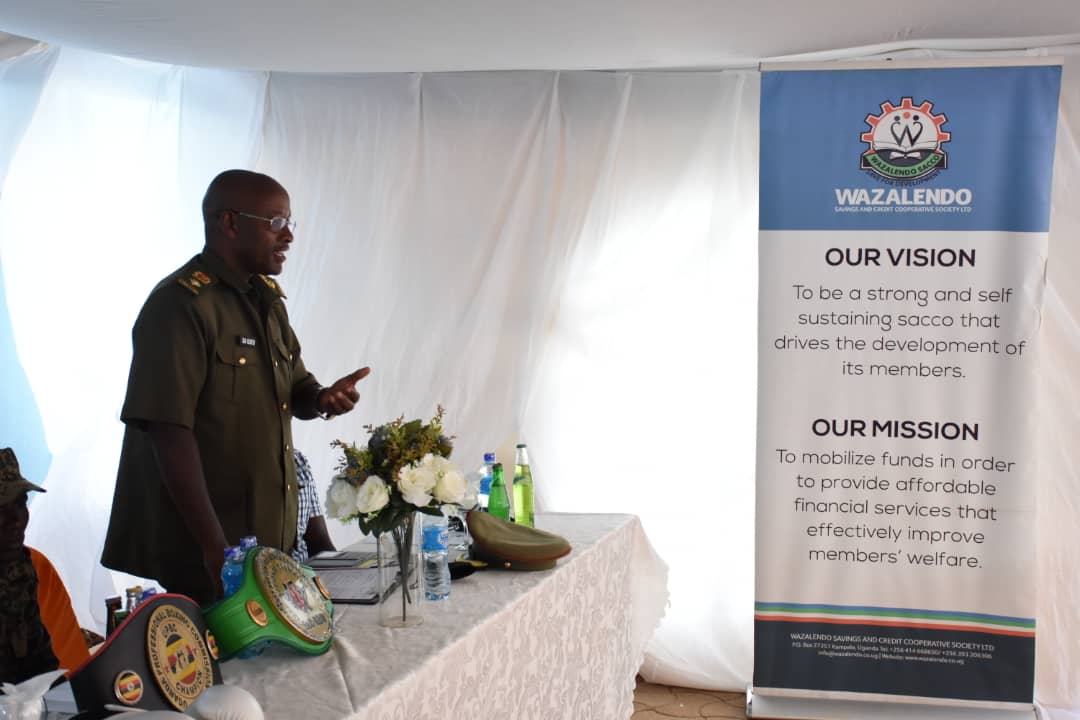 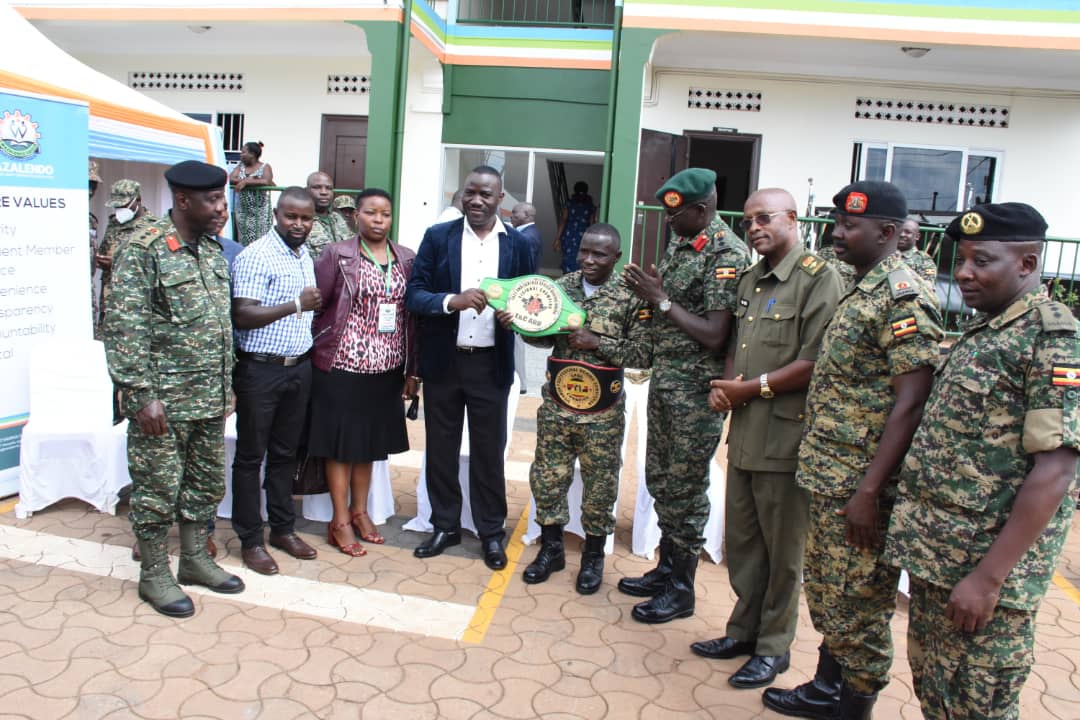 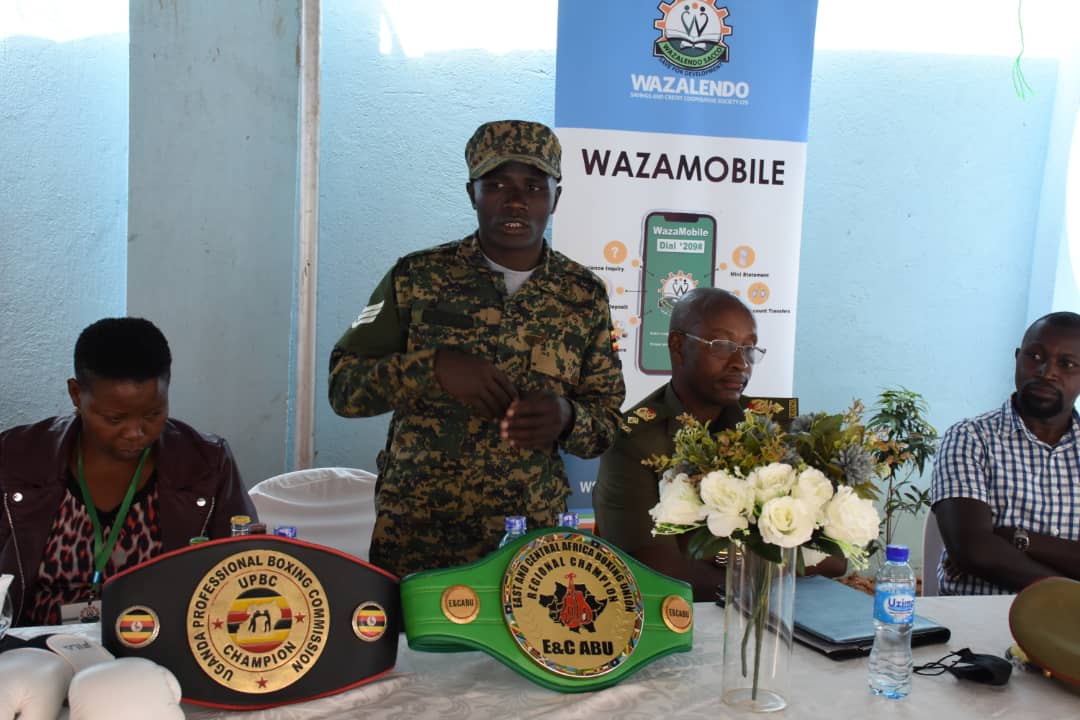 Wazalendo Savings and Credit Cooperative Society (WSACCO) has received one of its members Sgt Ssebute Abdul at WSACCO Headquarters in Kiwatule Kampala, after he won the East and Central African boxing championship on 8th April 22.

Wazalendo under its Corporate Social Responsibility function sponsored the publicity of the event.

The Vice Chairman Board of Directors WSACCO, Lt Col Allan Kitanda on behalf of the Chairman Maj Gen Sam Kavuma applauded the UPDF leadership for enabling Ssebute develop his talent alongside his primary mandate of keeping peace and maintaining security as a soldier. “I congratulate Sgt Ssebute in particular for this milestone and for partnering with WSACCO. We are proud to associate with a champion who is our own” he said.

Lt Col Kitanda promised that Wazalendo shall plan on how to continue supporting Ssebute to achieve his dream of becoming a world champion.

“We are receiving the champion and this is another exciting day for WSACCO. First and foremost, Ssebute is a UPDF Senior Non -Commissioned Officer (SNCO) and secondly, he is a member of WSACCO. Therefore, supporting him to grow his talent is vital for us” he noted.

The CEO appreciated the Board of Directors for incorporating the element of Corporate Social Responsibility to enable to the Cooperative support such important activities.

He encouraged Ssebute to maintain professionalism, discipline, hard work and resilience which will enable him win many more fights.

He also noted besides its core mandate of ensuring peace and security, the UPDF is leading the way in managing a stable and sustainable SACCO and promoting sports among the UPDF personnel.

Lt Col Dr Damiano Kato on behalf of the Director Sports UPDF, Col John Mark Ssemanda thanked WSACCO Board and Management for the continuous support to Sgt Ssebute which has enabled him to become a champion, and to hold Uganda’s flag high. He asked WSACCO leadership to continue supporting Sgt Ssebute so that he can win the African title and eventually the international belt.

He said grooming Ssebute has been easy because he is disciplined and also promotes unity among Ugandans.

Col Kato also said that boxing helps in promoting health and economic empowerment among the militants.

Sgt Ssebute Abdul the champion, on his part pledged to double his efforts, given the motivation and support from WSACCO and other well-wishers.

“My dream is to become the world champion and I request everyone to support me to achieve my dream. Regardless of the level that I will reach, I will always remain part of UPDF and Uganda as a whole. “I will bring every achievement home” the champion promised.