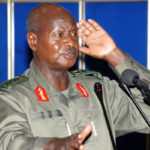 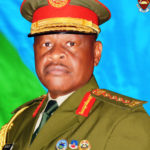 The Deputy Chief of Defence Forces, Hon Lt Gen Peter Elwelu has assured the people of Karamoja sub region that the government will endeavor to restore peace in the area and called upon the political leaders to join hands with the locals so that the problems of cattle raids and insecurity are solved.

Lt Gen Elwelu was speaking to political leaders and government workers from the districts of Nakapiripirit, Nabilatuk, Amudat, at Nakapiripirit district headquarters.

Gen Peter Elwelu further called upon Karamoja church leaders to support efforts by the security forces in the disarmament exercise,urging them to play a leading role in changing the mindset of those who support the armed criminals. He appealed to them to involve themselves in operation wealth creation activities happening across the region.

The 3 Division commander, Brig Gen Joseph Balikuddembe called on the community leaders to continue working together towards a peaceful Karamoja. He said that UPDF together with police will hunt for businessmen who are bringing and selling waragi in Karamoja because alcohol has been a lead cause of many criminal activities in the region.

The LC5s of Nakapiripirit and Amudat together with the RDC of Nabilatuk called for concerted efforts in improving communication among the political leadership in Karamoja.

The function was attended by Government officials, Senior Officers of UPDF and Police from the three districts.