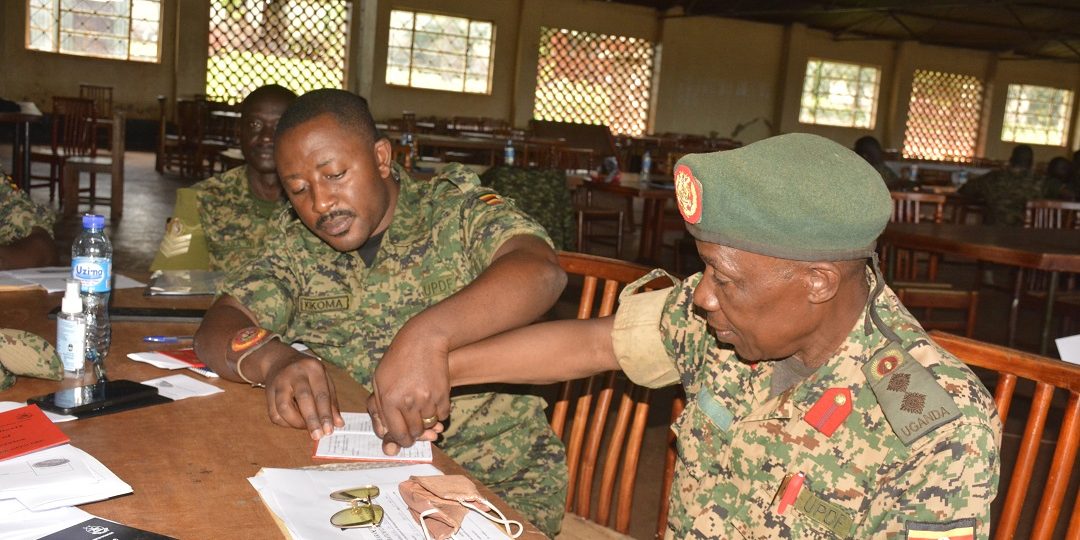 Ministry of Defence and Veteran Affairs and UPDF Retirement/Discharge documentation and sensitisation exercise for Batch 12 year 2022, under the command of Brig Gen Eugene Ssebugwawo the UPD Deputy Chief of Personnel and Administration today conducted the retirement and sensitization exercise at Jinja Cantonment. 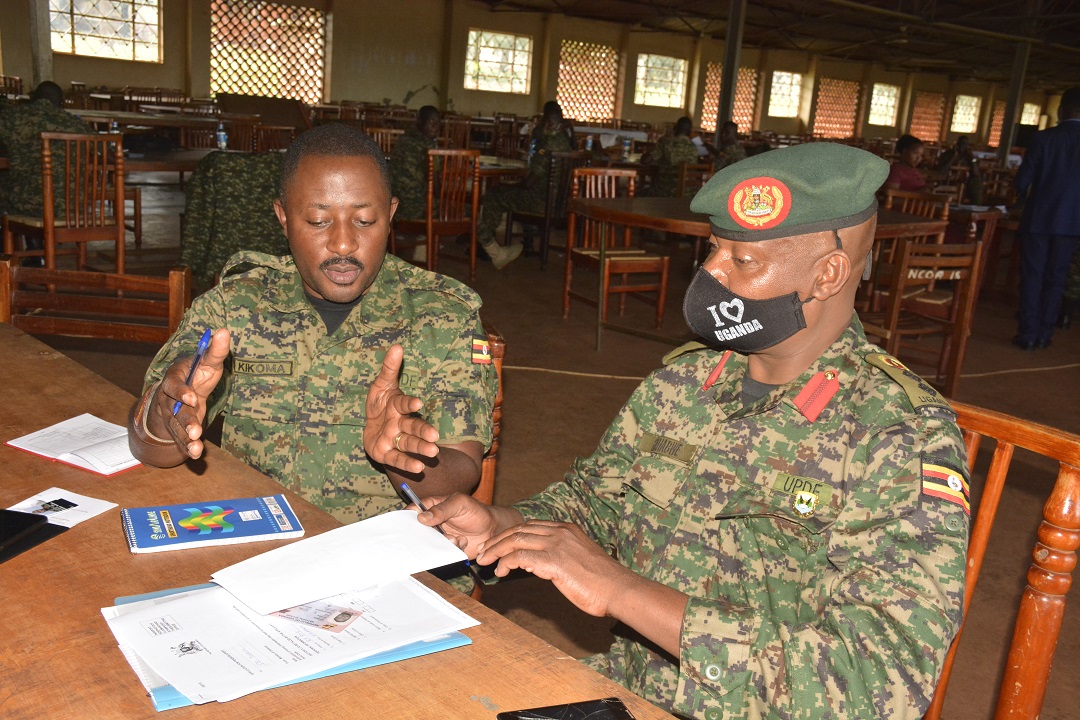 A total number of 46 officers and militants under the Cantonment turned up for the exercise, the senior most being Col Festus Lubega. Col Lubega in an interview thanked the UPDF for the opportunities and exposure he has been able to attain while in military service. 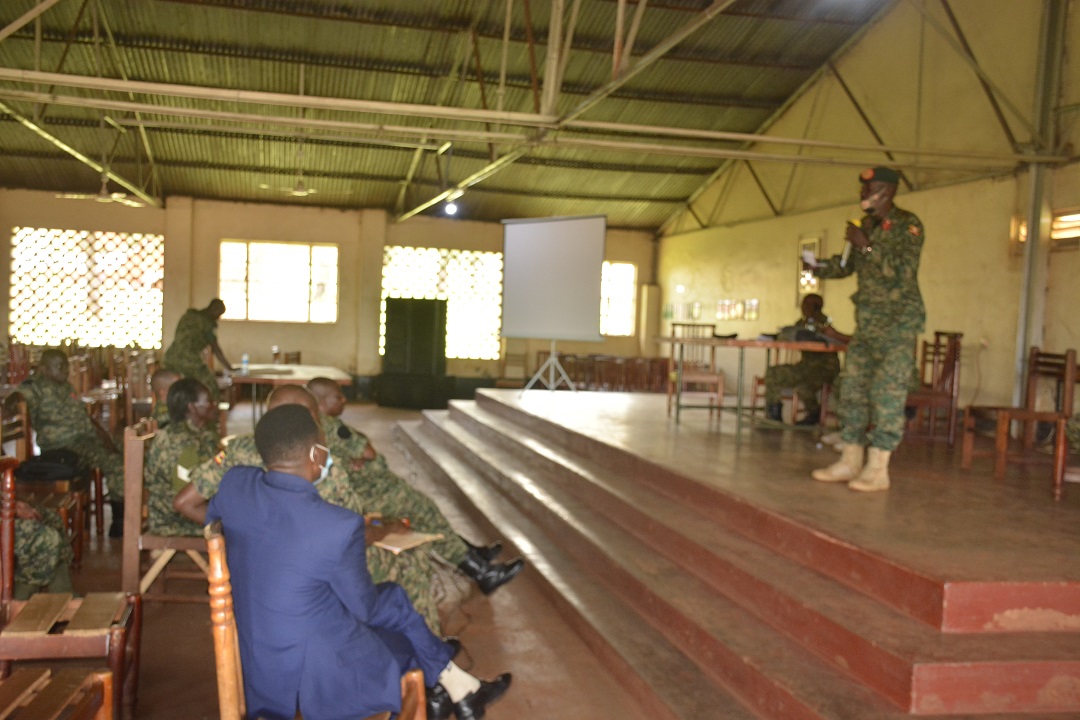 Col Lubega, also a Lawyer by profession said he is grateful and privileged to have served in the mighty UPDF and is glad to be about to retire in one piece, unlike some of his colleagues who unfortunately paid the ultimate price in service of the country for achievement of peace and security for Uganda. 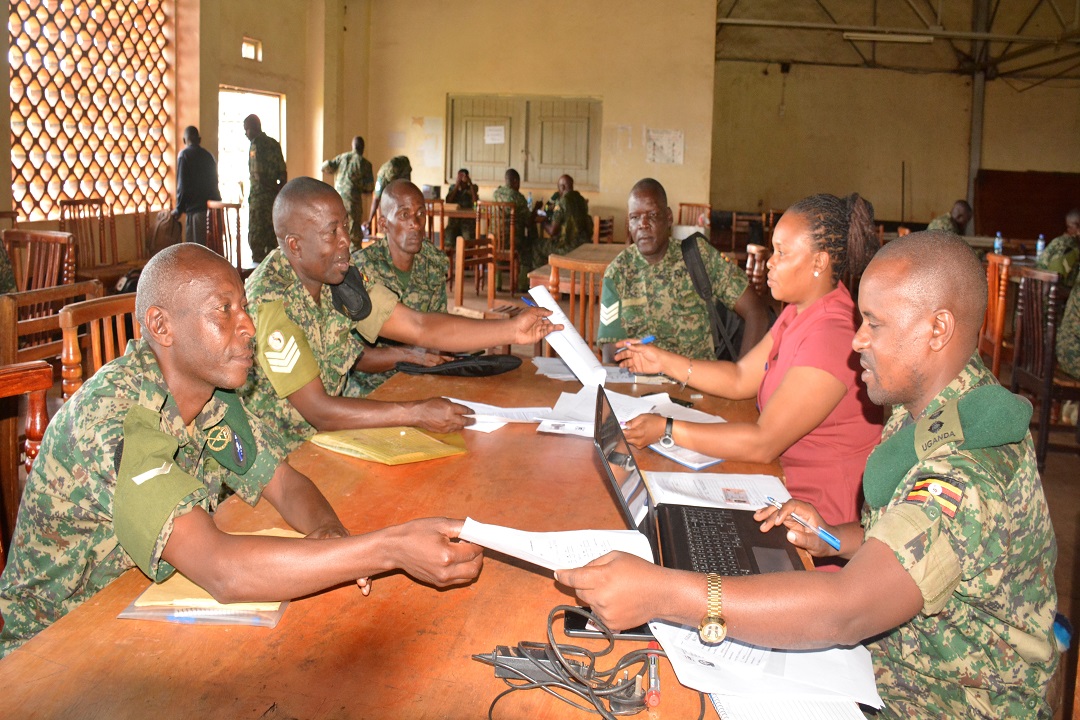 The retirees were taken through various presentations that were aimed at enriching their minds with knowledge about the retirement process, their entitlements and guidance on how to cope with life after retirement.

The Jinja Cantonment commander Col Robert Rutainama expressed his gratitude to the retirees for their contribution towards peace and stability in Uganda and the UPDF.

He urged the retirees who will soon transition to civilian life to maintain discipline in their respective communities and keep fit because though they will be retired, they could be recalled to render service to the country. “Yes you will soon retire from active military service, but please remember that you will remain members of thr Re Reserve Forces and you could be asked by the Commander in Chief to return and lend hand in peace and security endeavours of the country whenever the need arises,” he counselled the impending retirees. Several members of the UPDF Reserve Forces have continually been recalled to support the regular forces especially in Peace Support Operations.

Some professionals have also been contacted to render in different services if the Ministry of Defence and UPDF. 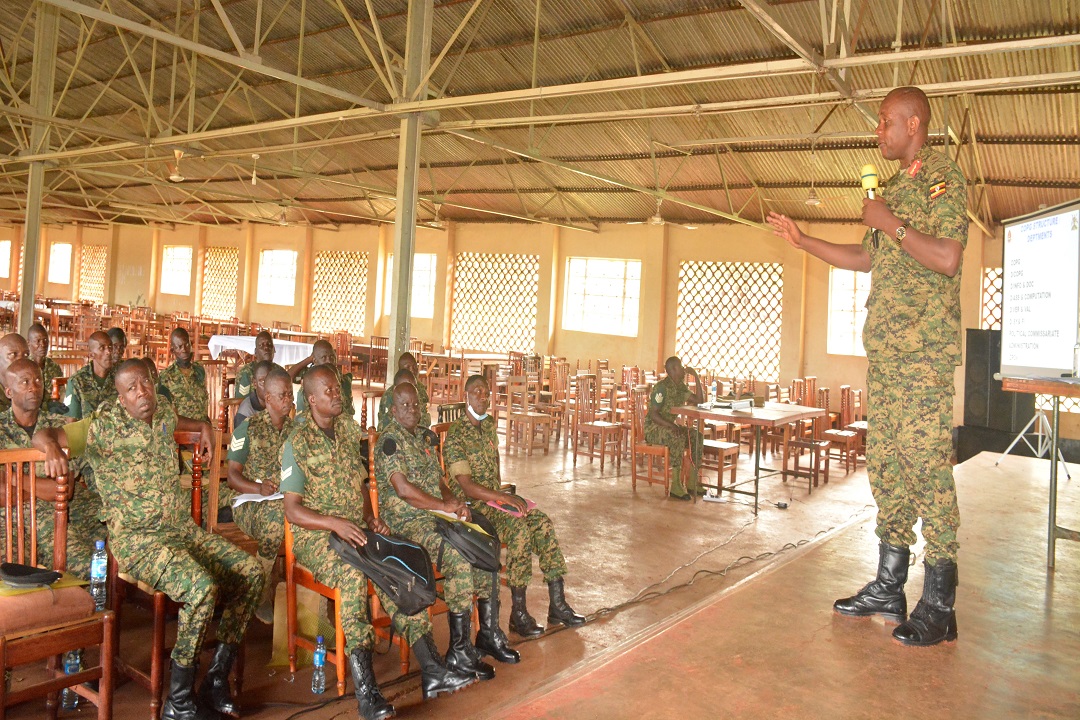 He was accompanied by his Deputy Col Deborah Nayebare and a Directors from the Chieftaincy who delivered several lectures to the retirees on the different aspects of retirement, including Information and Documentation, Asessment and Computation, Verification and Validation, Security and Fraud Investigations.

The exercise is being conducted by a joint technical team of General officers, Senior and Junior officers, militants and representatives from the Ministry of Defence and Veteran Affairs.

It is aimed preparing the impending retirees and dischargees for retirement in July this year.