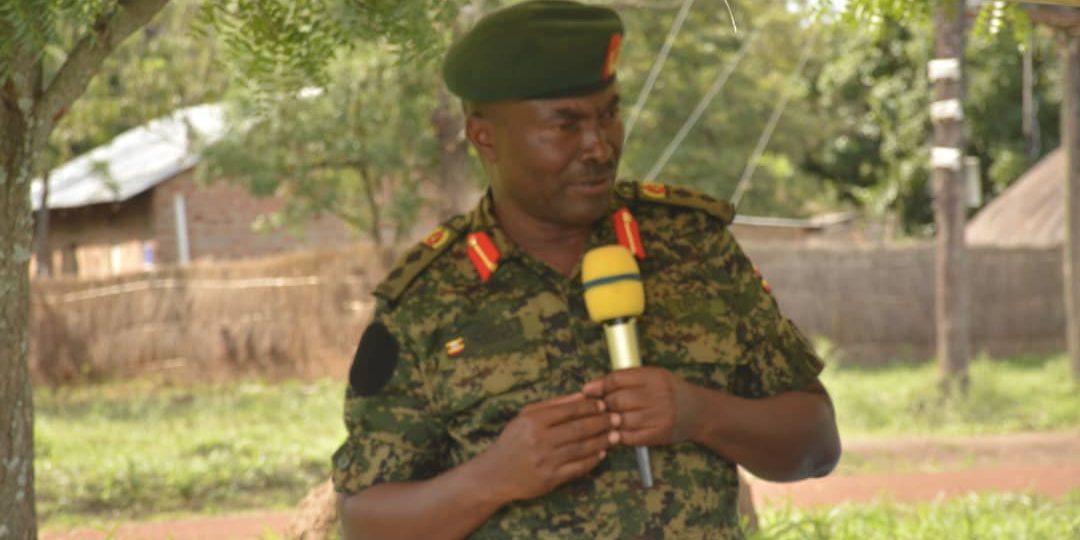 5 Division Operations and Training Officer, Col Armstrong Ndugga has today interfaced with personnel of the Division that are due for retirement and discharge this year. This was at the ongoing country wide MODVA / UPDF Documentation and Sensitization exercise for the impending retirees/soldiers about to be discharged at 5 Division Headquarters Acholi – Pii in Pader District. 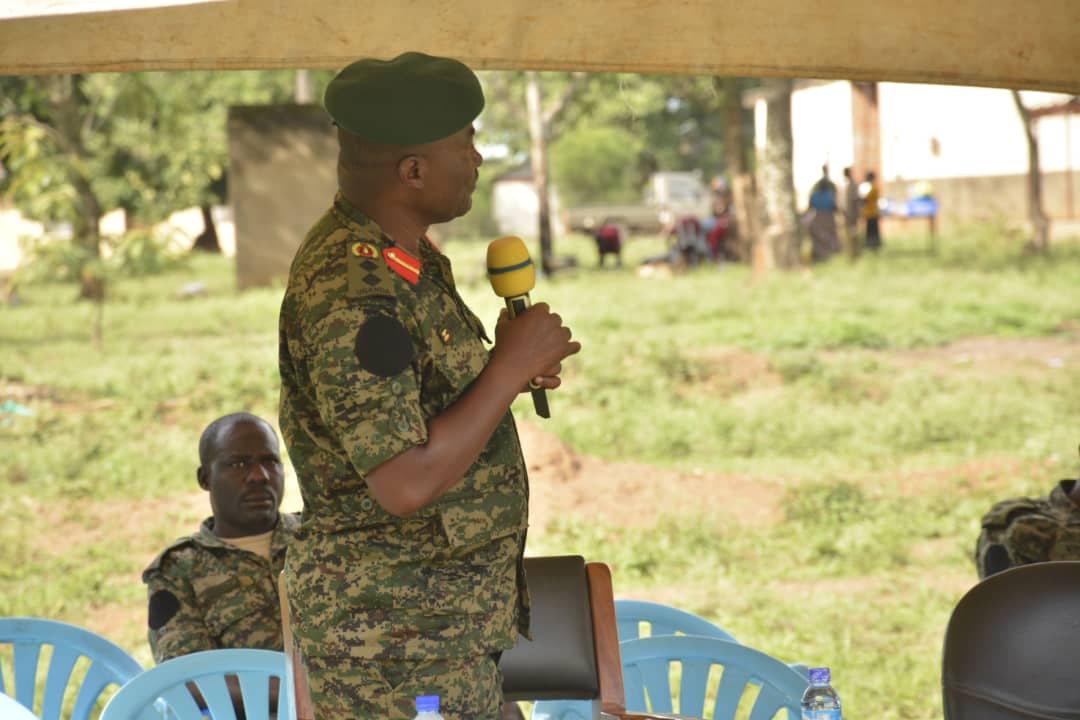 In his word of wisdom to the 44 impending retirees, Col Ndugga reminded them that they were still part of the UPDF formation pending retirement come July 2022, but also will remain part of the UPDF Reserve Forces even after retirement. He therefore urged them to maintain discipline, report to work when called upon till given a decent send off. “Don’t forget the UPDF habits and morals because of today’s exercise, you are still part of 5 Division formation and the UPDF as a whole,” he said.

He thanked the impending retirees for a job well done towards the country’s security and liberation while acknowledging most of them as participants in the National Resistance Army (NRA) liberation struggle.

He further urged them to respect and love their families and mostly their spouses, because after retirement those would be the immediate and easy to reach persons. He also told them to respect the law of the land because they are still subject to the UPDF Act 2015, co-operate with civilians, practice flexibility, maintain discipline, and keep healthy while quoting “a healthy mind as a wealthy one”.

Addressing the personnel at the same exercise, Brig Gen G K Kigozi, the UPDF Director of Personnel also the Deputy Head of the exercise called upon the retirees to always reach out to the UPDF leadership incase of any inquires or clarification because their contributions can never be taken for granted.

The three weeks exercise is intended to cover each UPDF Division, Formation and Service headquarters to prepare the retirees and those discharged under Batch 12 for a smooth send off in July 2022.