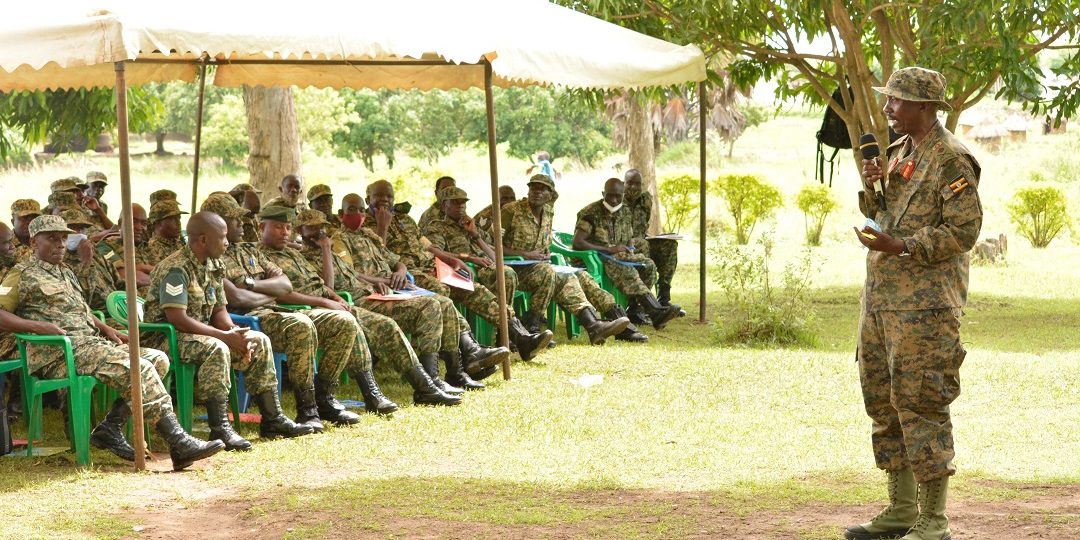 The 4 Division Commander Brig Gen Bonny Bamwiseki has today graced the documentation and sensitization exercise for impending retirees under his Division. This was at the Division Headquarters in Bardege, Gulu City. 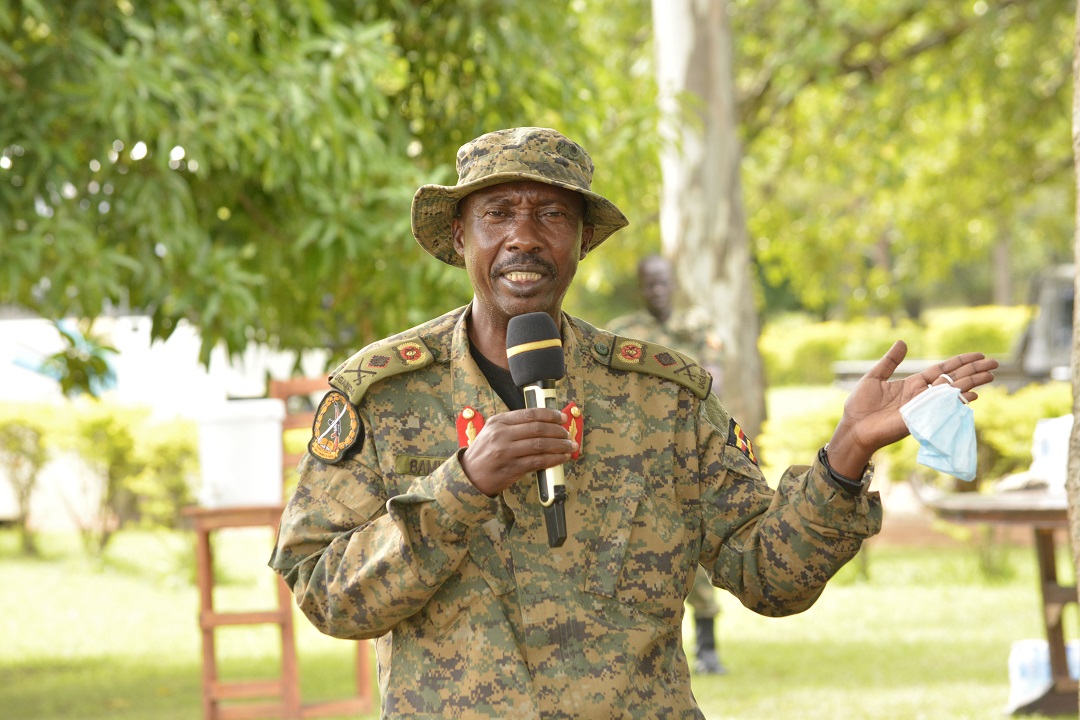 He addressed a total of 147 Officers and militants due for retirement/discharge and thanked them for their whole hearted efforts and contribution towards peace in Uganda. 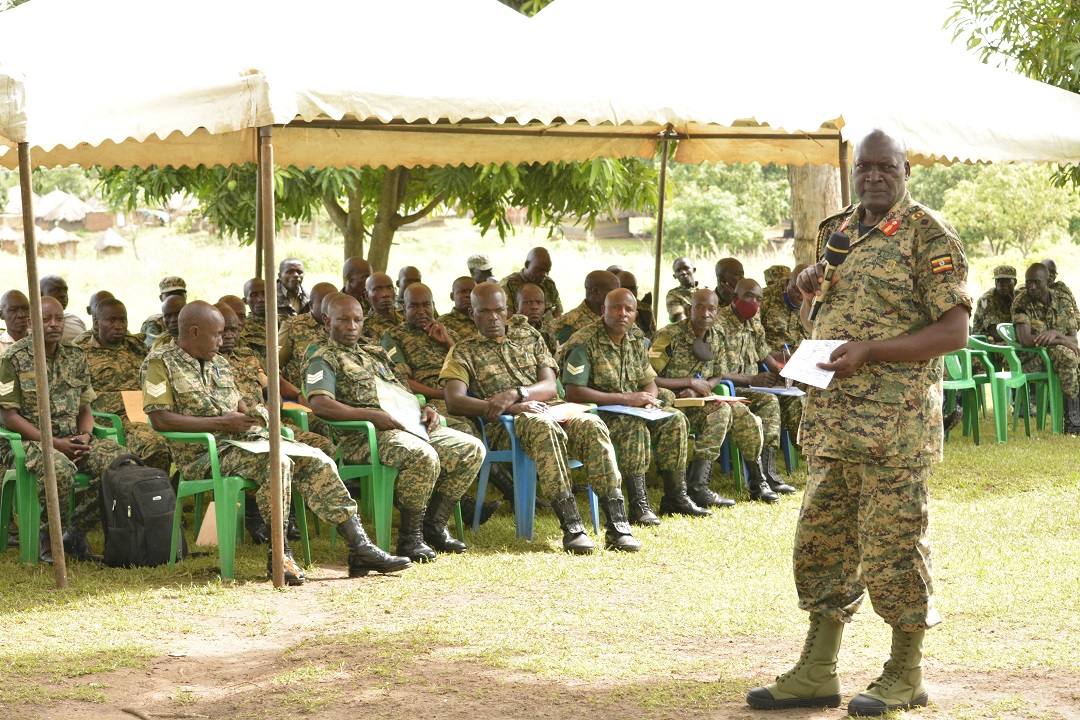 At his address he moved with a team of medics from the Directorate of HIV/AIDS who were in the division to offer counselling and medicare services. He appealed to the impending retirees to endeavour and seek medical attention after the exercise. “You have fought a good fight and as an appreciation from UPDF Leadership please pass by the hospital and get checked up for various diseases and bring your families too”, he said this while encouraging them to remain healthy even after their services because they are still UPDF assets. 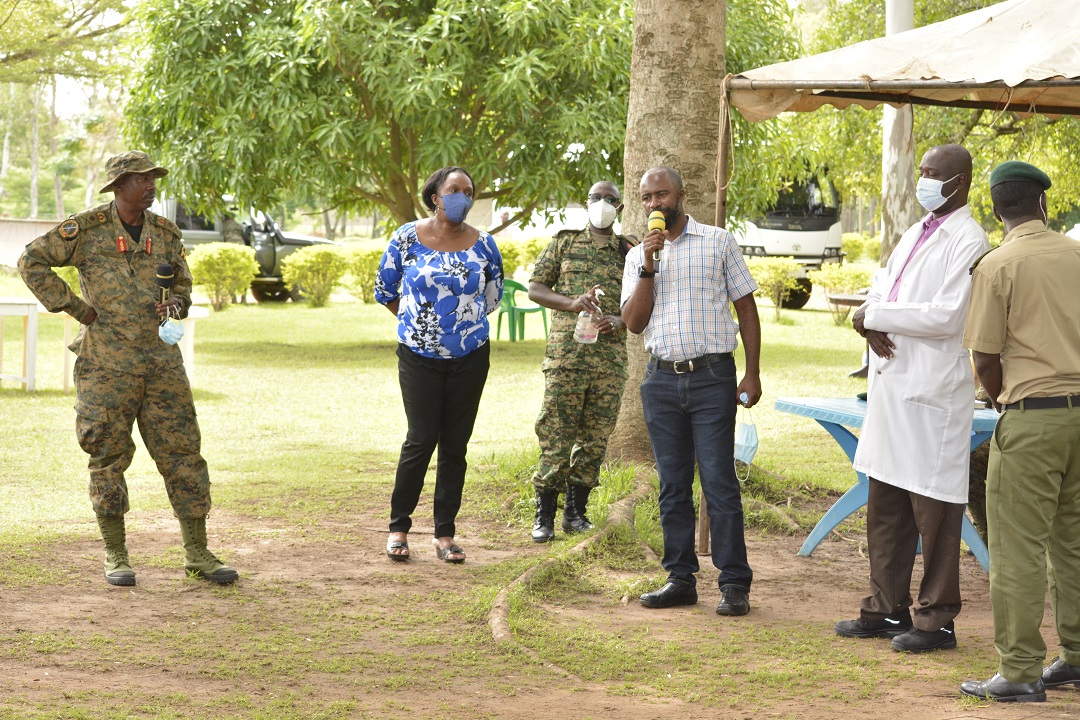 He urged the retirees to take the documentation and sensitization exercise very serious and be keen, interact with the presenters so as to deeply understand their benefits and entitlements after retirement.

He said all that while delivering a word of wisdom to the retirees and welcoming the team to his Area of Responsibility.

Maj Brian Mukwaya Okuta while presenting a lecture on financial literacy at the same activity emphasized to the retirees the need for planning and researching before spending their retirement package.

He said, ” After 31 July the intended retirement day of UPDF Batch 12, you will be given a retirement package. So plan, research before putting it to use in order to yield a plan that will make you leave comfortably after that day”. He later Informed the retirees that Wazalendo Saving Co-operation services are still open to them and they can still enjoy the same benefits and even more after retirement, emphasizing the lower interest rate of 13% for WSACCO loans as compared to other commercial banks.

The exercise will last 2 days in 4th Division.