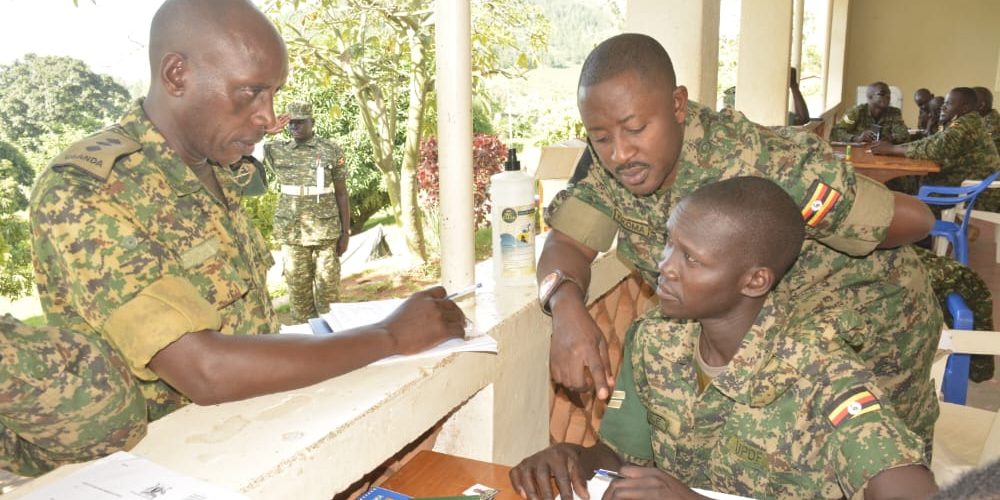 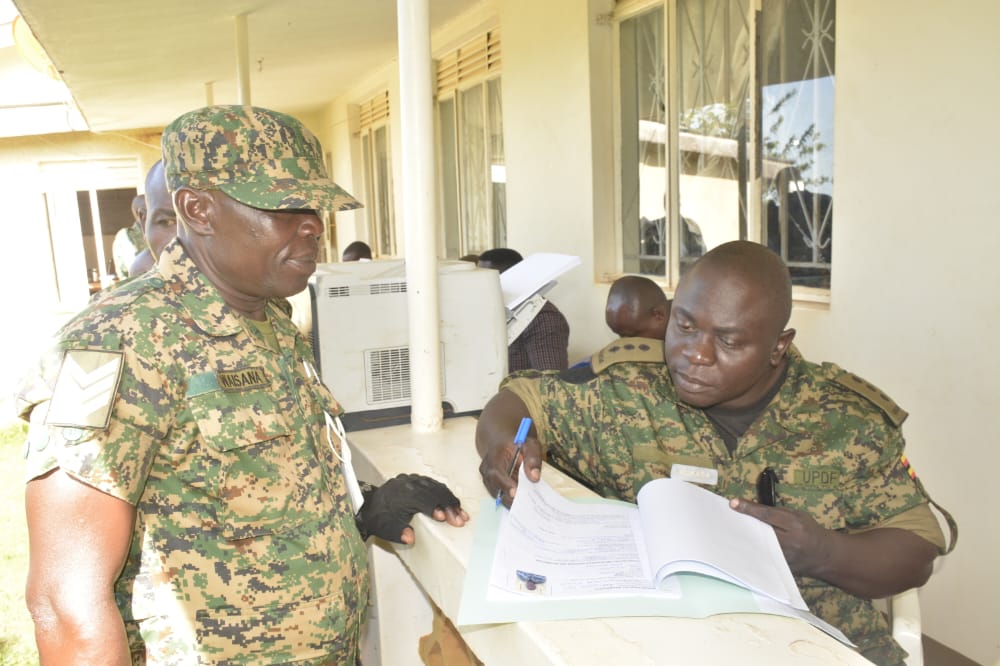 lEstablished in 1986 CMRC then known as Mubende Casuality Unit and later Mubende Rehabilitation Centre, the Chieftaincy rehabilitates personnel with disabilities especially those arising out combat situations. 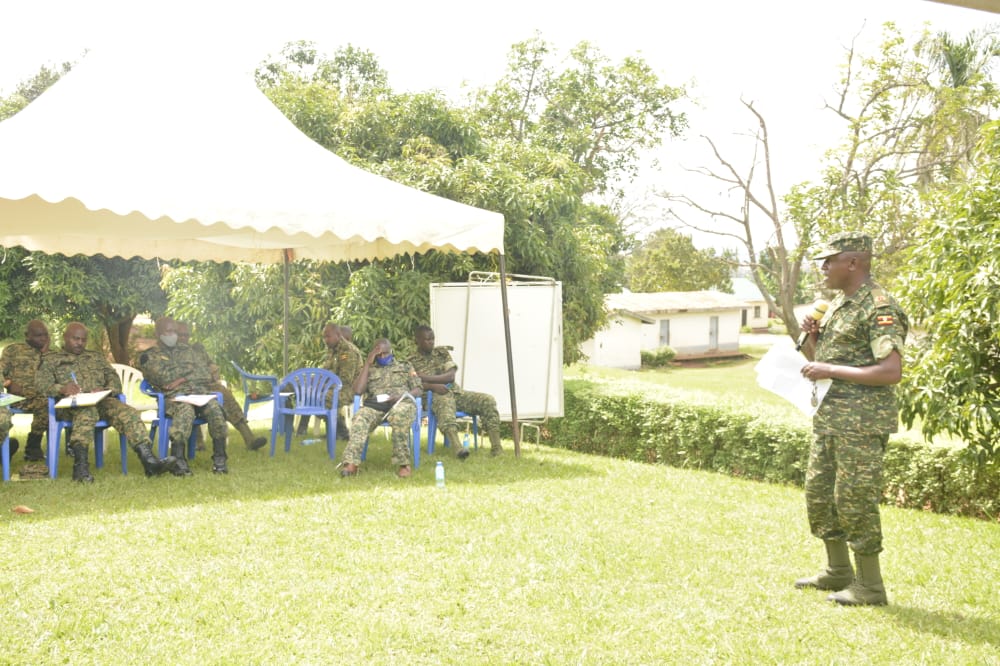 The Director of Personnel and Administration at the Chieftaincy Maj Nyakairu the Administration who  represented the Chief  Brig Gen Moses Kwikiriza applauded the impending retirees for their contribution towards peace and stability in Uganda.

The Director Legal Affairs Land Forces, who is part of the Documentation Team, Lt Col Simon Wankandya in a presentation cautioned the impending retirees to respect the law and not to act contrary  because they are liable and private legal services are expensive.

He appealed to them  to live as UPDF representatives and up right citizen inorder by avoiding any acts that can put them in conflict with the law. 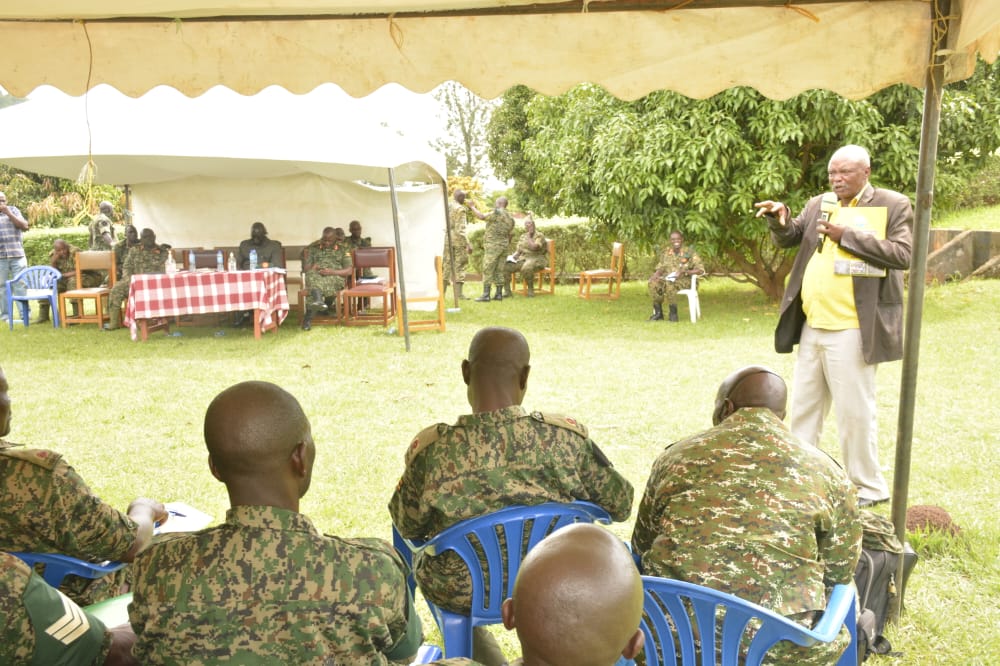 The exercise was also attended by Kamukama Vincent a UPDF Veteran who retired in 1992 at the rank of Sergeant. He  is now the Chairman of Mubende Veterans Association and also Kayunga LC1 Chairperson in Mubende. Mr Kamukama shared his retirement journey with the impending retirees including  challenges and achievements so far after retirement. Kamumaka is a successful businessman and farmer in Mubende. 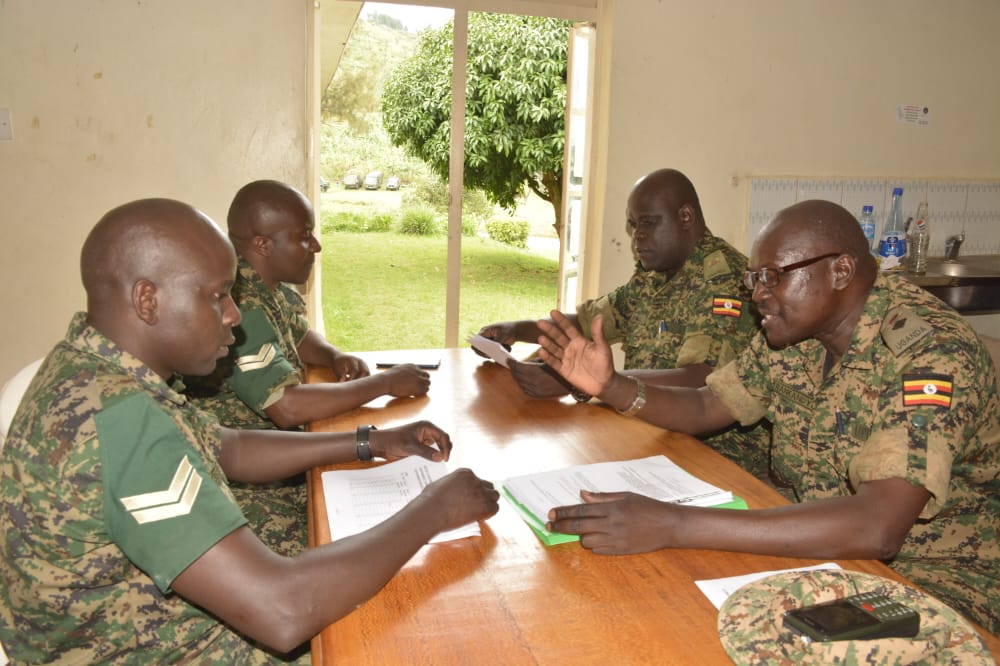 “Its not easy to return to civilian life when you have served in the military for so long. But what is important is mindset change, keeping good company and having a positive attitude towards life, and continuouly being active then you will.enjoy retirement,” he counselled them.

Mr Kamukama also requested the impending retirees to respect and be close to their familes when they retire, invest in profitable businesses. He pledged to educate and involve the retirees in farming and also how to benefit from Veterans SACCOs. 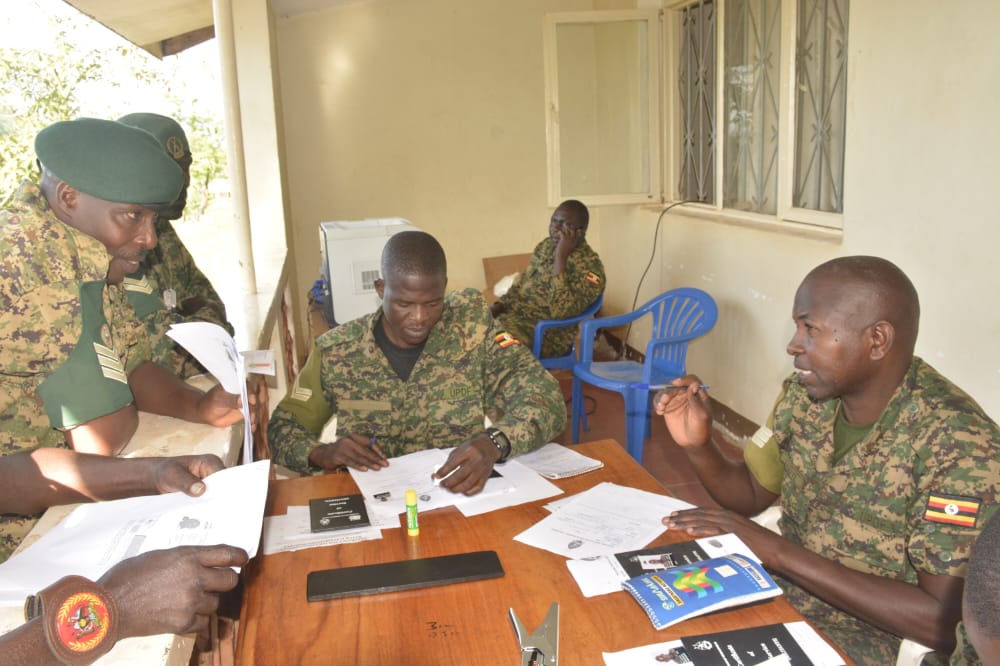 The Team was today concluding work in Western Region and will now do the final leg in Central Uganda, including Airforce and Special Forces Command Headquarters in Entebbe, Land Forces Headquarters in Bombo and the exercise will be crowned in General Headquarters Mbuya.