A total number of 25 officers and militants under Nakasongola Cantonment today turned up for the ongoing Ministry of Defence and UPDF retirement and discharge documentation and sensitisation exercise. 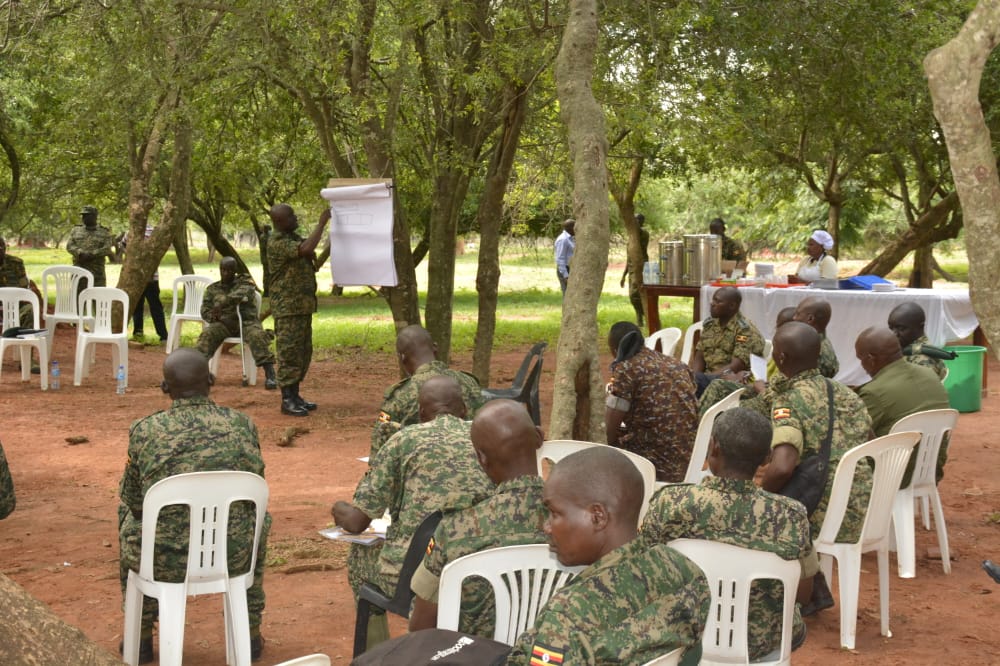 The exercise was conducted at the Cantonment Headquarters as the Seventh station the team has attended to since commencement of the exercise on 25 April 2022. 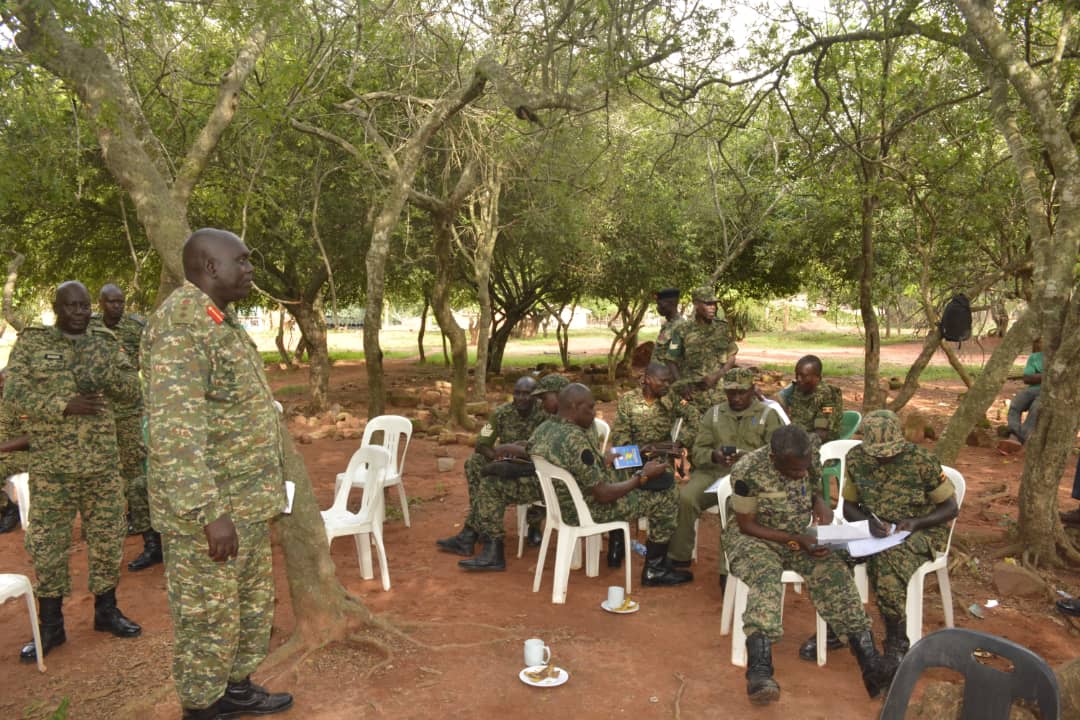 Col Abdallah Adebasiku the Garrison Commander of the Cantonment on behalf of the Commander urged the impending retirees to manage their retirement funds effectively and wisely by avoiding luxurious spending.

While giving a word of wisdom, he also told the retirees to synchronise their minds to retirement and avoid stress because there is a reason for everything and therefore a reason they are retiring at this time.

Mr Mweru Samuel the Principal Communications Officer of the Directorate of Veteran Affairs, a retired soldier himself, presented to the retirees on Rehabilitation Psycho-Social Support and Resettlement (RPR). “Retirees should exit with the correct and positive mindset because your sustainable socio-economic integration after service greatly depends on attitude towards life and development” he emphasised. 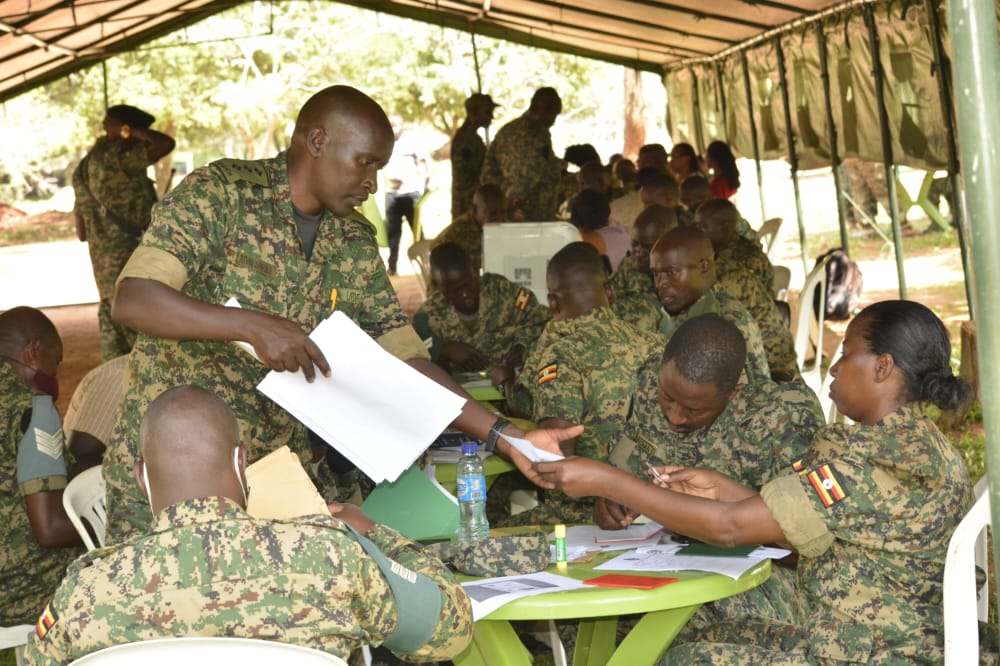 Mr Mweru presented to the retirees on RPR bringing to point the importances and benefits of RPR to a veteran where he emphasised that the socio-economic aspects of the veterans journey in civilian life are fully catered for through medical care, provision of free legal services through the Veterans Legal Aid Clinic and other outreach programmes among others.

He also provided the retirees with a toll free number that they can use for any inquiries about Veteran Affairs.

He also encouraged them to listen in to a weekly Veterans Radio Programme on 87.5 FM and on Medium Wave 576. 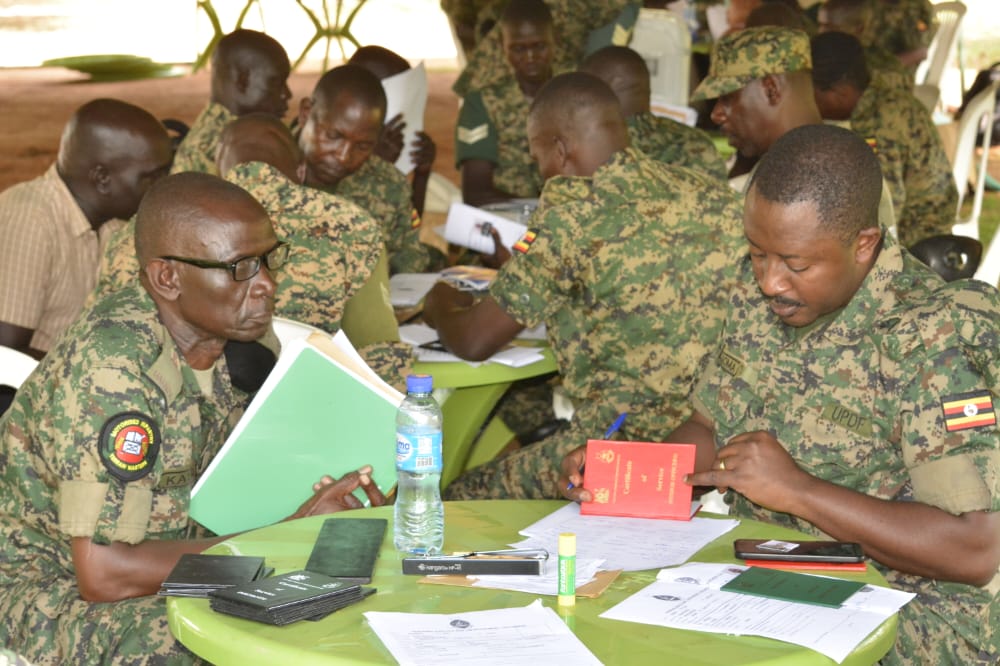 The Documentation and Sensitisation team led by Brig Gen Eugene Ssebugwawo the Deputy Chief of Personnel and Adminstration is on day 9 of the exercise intended to cover all UPDF Divisions, Formations and Units.

The exercise is targeting to document and Sensitise at least 1,196 General Officers, Senior Officers, Officers and Militants due for retirement in July this year under Batch 12. 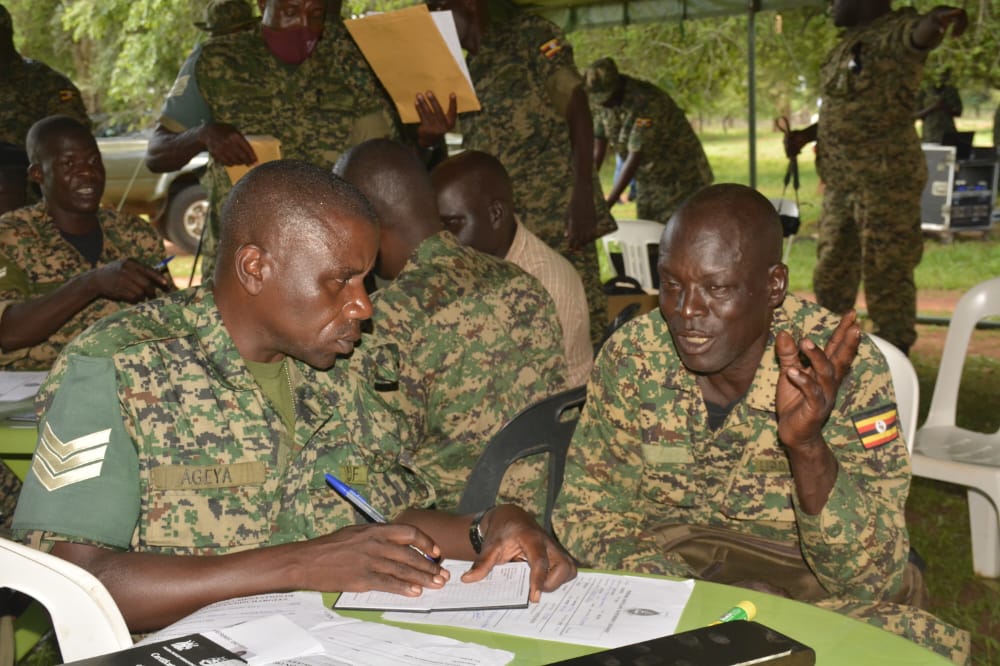