Last evening an Attack occurred on our Soldiers guarding at Ambercourt road close to Gadaffi barracks at 2050hrs leading to the death by strangling and shooting of RA/110575 Sgt Eyagu Simon Peter a UPDF soldier attached to Gadaffi Barracks JINJA Cantonment while his colleague had gone to buy some drink.

Sgt Eyagu was deployed together with L/Cpl Kibirige Norico to guard a small gate of Ambercourt road, with in the perimeter of Gadaffi barracks.

In this attack two weapons SMG guns were taken and all efforts are underway to recover them.

The attack on our guards will meet the necessary retaliation.

Jinja residents and Ugandans are called upon to remain calm as these acts of criminality shall be dealt with decisively like we have dealt with many others before.

The UPDF family condoles with the family of the late Sgt Eyagu Simon whose life has been lost while guarding other Ugandans to go about their lives peacefully. 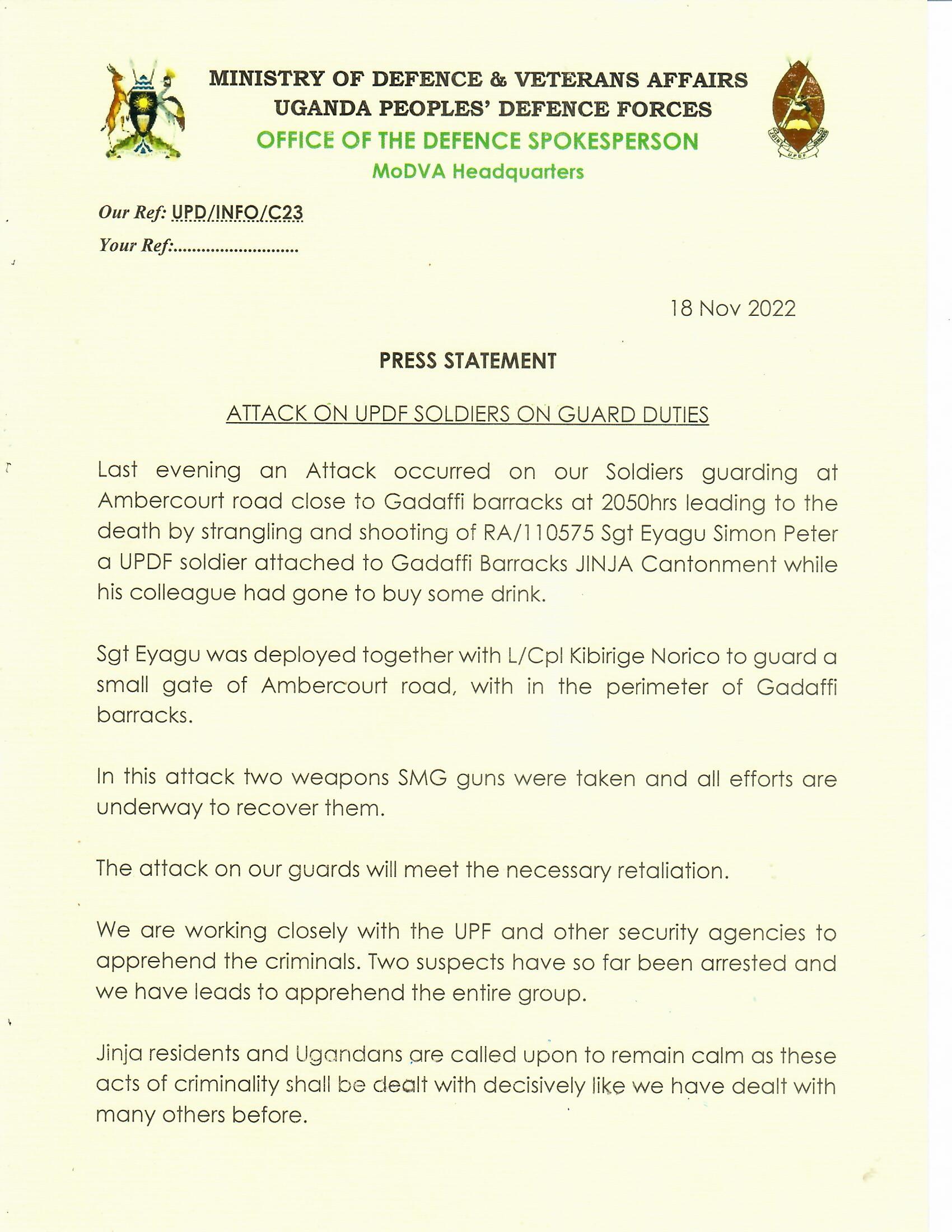 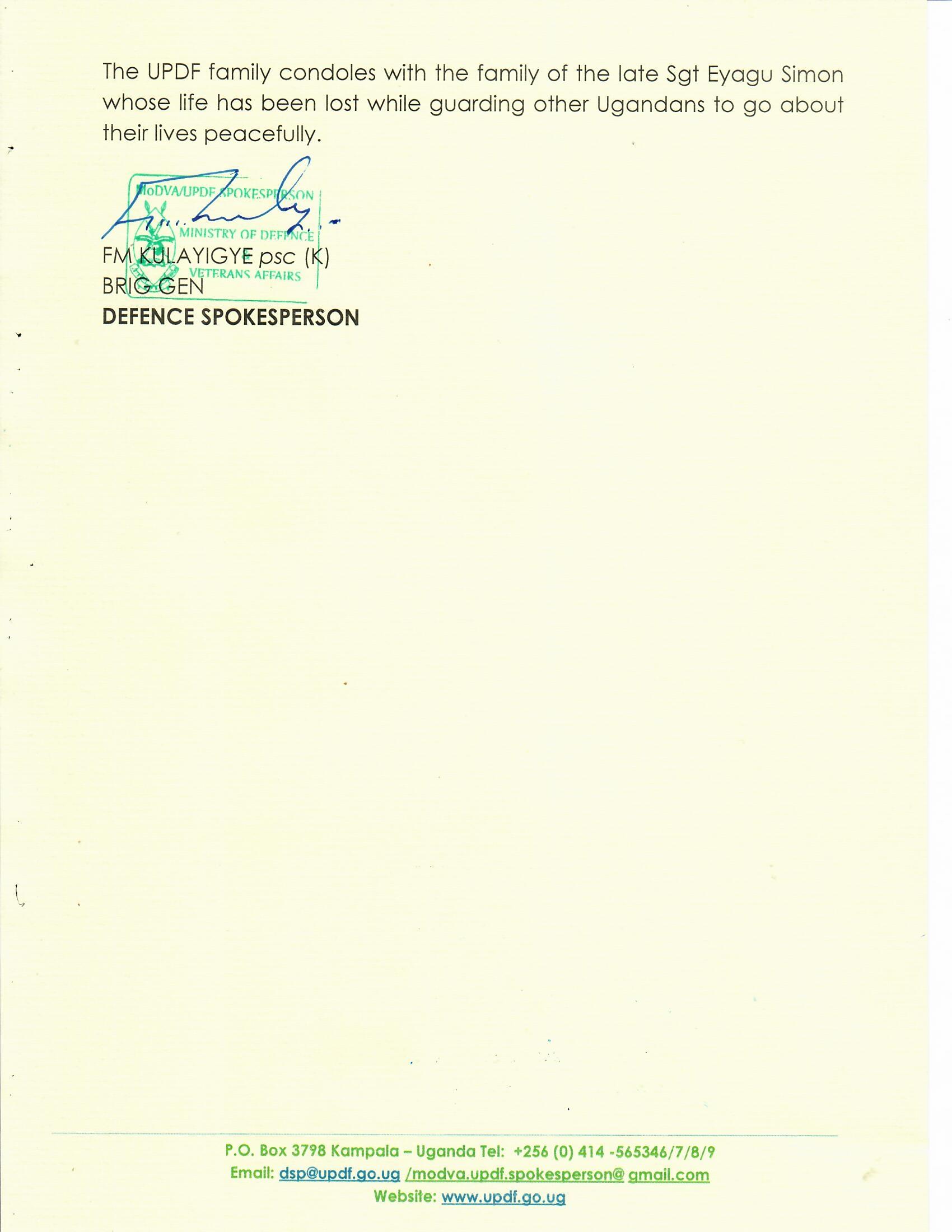 Promotion And Appointment In UPDF
November 3, 2022

Promotions And Appointments In UPDF
October 4, 2022

Promotions And Appointments In UPDF
September 12, 2022

Promotions And Confirmation Of Ranks In UPDF
September 8, 2022

Appointments And Transfers In UPDF
August 18, 2022