Pursuant to a resolution from the High Command meeting of 25 May 22, that had received a proposal for salary enhancement. A technical team led by PS-MODVA, comprising personnel from MODVA and MOPs was formed to study the proposed salary enhancement for UPDF personnel and discuss the same with MOFPED on its implementation since the last enhancement was in 2018/19.

At the High Command meeting of 06 Jul 22, the team presented a number of salary enhancement options that had been proposed to MOFPED. The meeting was informed that eventually a hybrid option of enhancing Gen Offrs salaries by 100%, Snr Offrs by 50% and Capt-Pte by 33% had been agreed upon with MOFPED.

However, the meeting expressed concern on the enhancement of lower cadres (Capt-Pte) because they are the majority and besides, their salaries had been enhanced in FY 2018/19 when some categories of civil servants’ salaries were enhanced. That time, the Gen Offrs and S/Offrs salaries were not enhanced. Enhancing the salaries of the lower cadres again therefore, without considering other civil servants in their category, like the arts teachers, would be unfair and would attract unnecessary complaints.

The meeting guided that the team computes the enhancement for Gen Offrs at 100%, Snr Offrs at 50%, to be effected in FY 2022/23 in order to allow the planned retirement for that category to proceed as planned. (He asked) Members would explain to the lower cadres (Capt-Pte) that their salaries would be enhanced next FY 2023/24, alongside other civil servants as it was the case in FY 2018/19. That is why the retirement of Capt-Pte will be rescheduled to next FY (2023/24), after their enhancement has been achieved. If on the other hand funds to retire the selected category is not available this FY, the whole retirement exercise will be rescheduled to next FY. 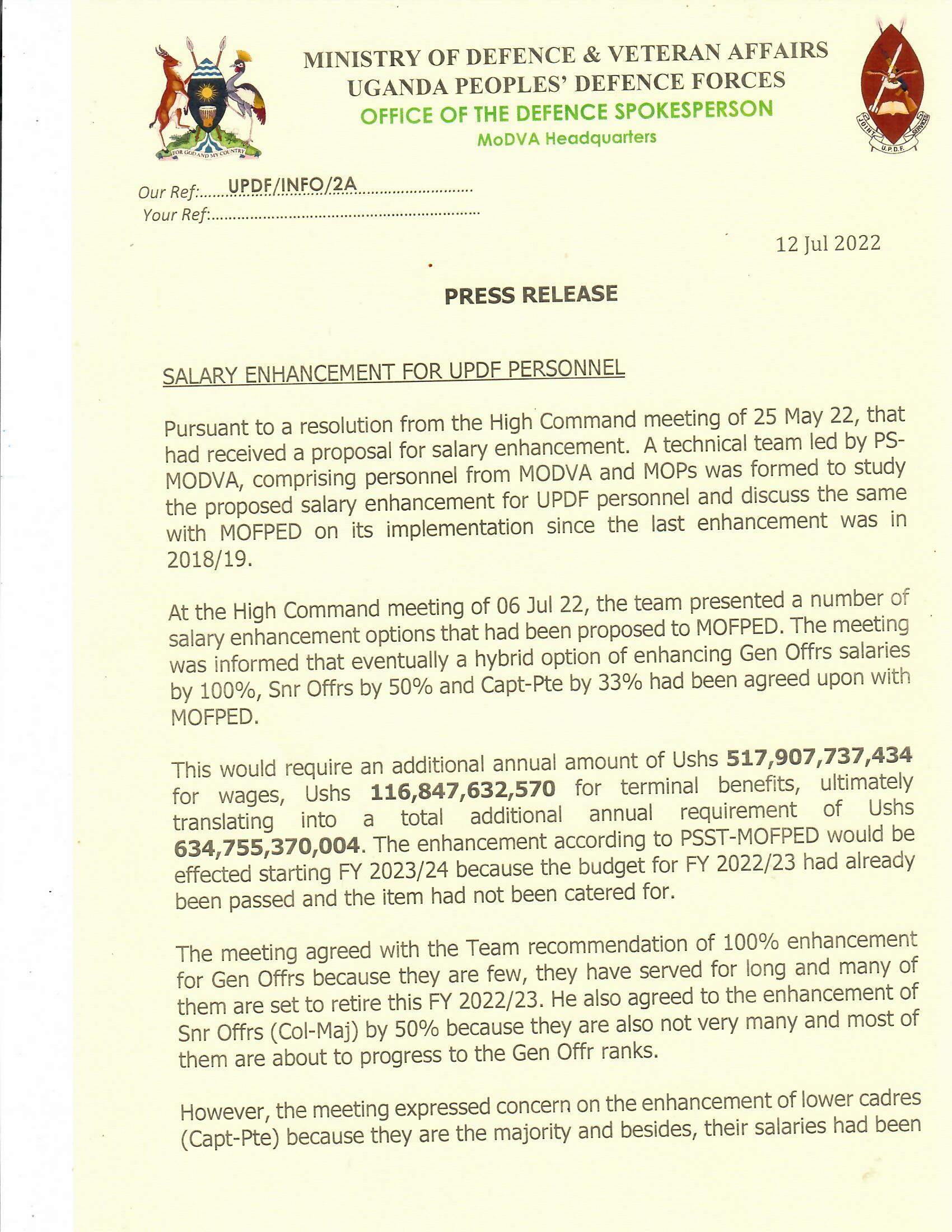 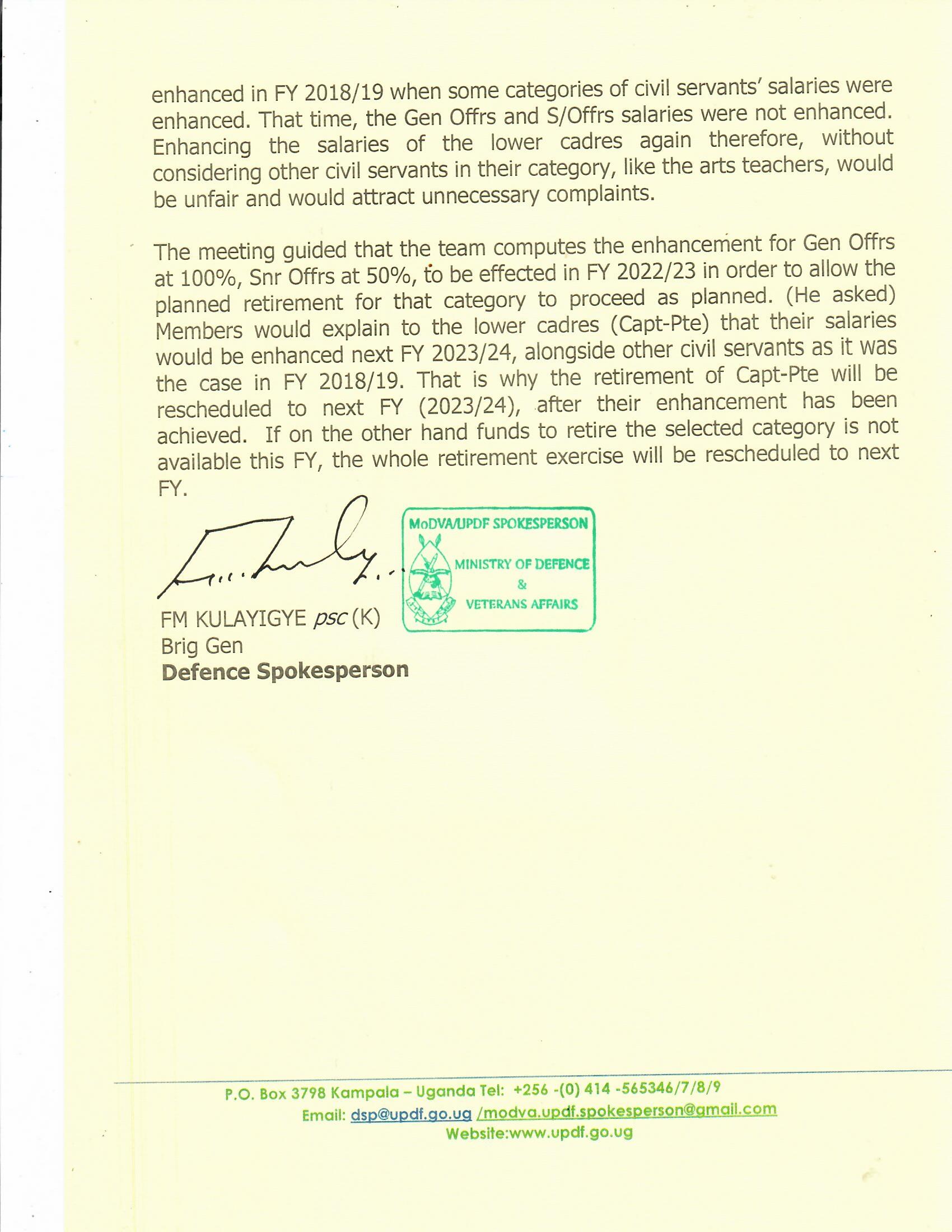