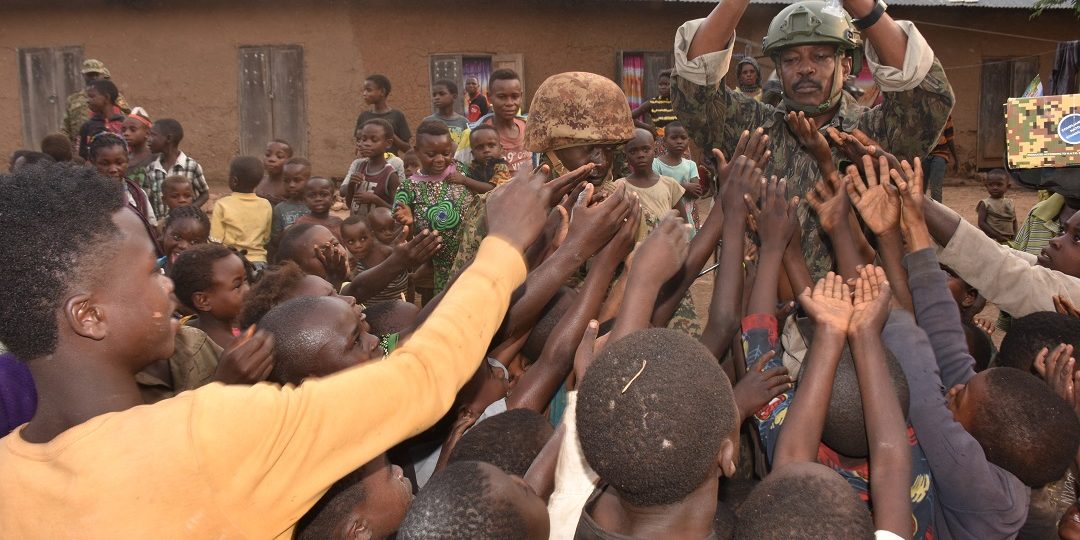 The overall Commander ‘Operation Shujaa’ Maj Gen Kayanja Muhanga, has been inspecting troops as well as towns of Boga, Tchabi and Kainama that were dislodged from the fleeing ADF terrorists. This has been from 13th February to date (18th February 2022). 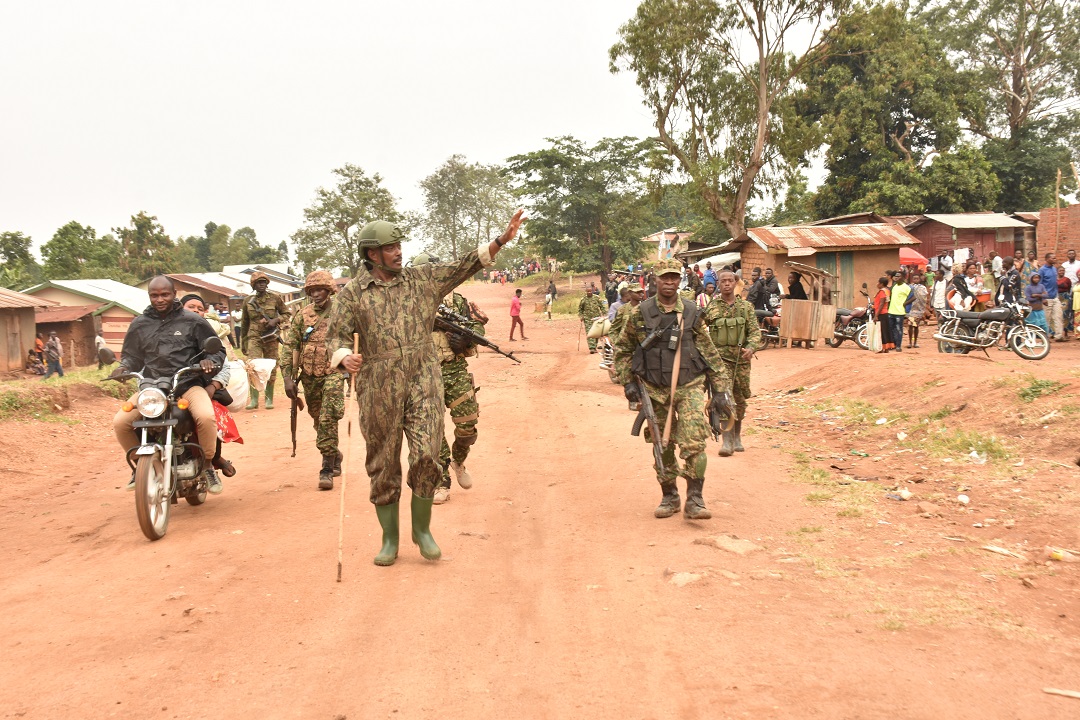 Maj Gen Kayanja thanked the gallant forces for the zeal and resolve exhibited in dislodging ADF terrorists from the jungles of Virunga and Ituri impenetrable forests.

He urged them to continue working as a team, share intelligence and interoperability.

“Commanders and Intelligence Officers must operate in conjunction with each other for effectiveness. Once we are united, ADF will be no more. We want to erase the common adage ‘triangle of death’ from the people’s minds,” Maj Gen Kayanja explained. 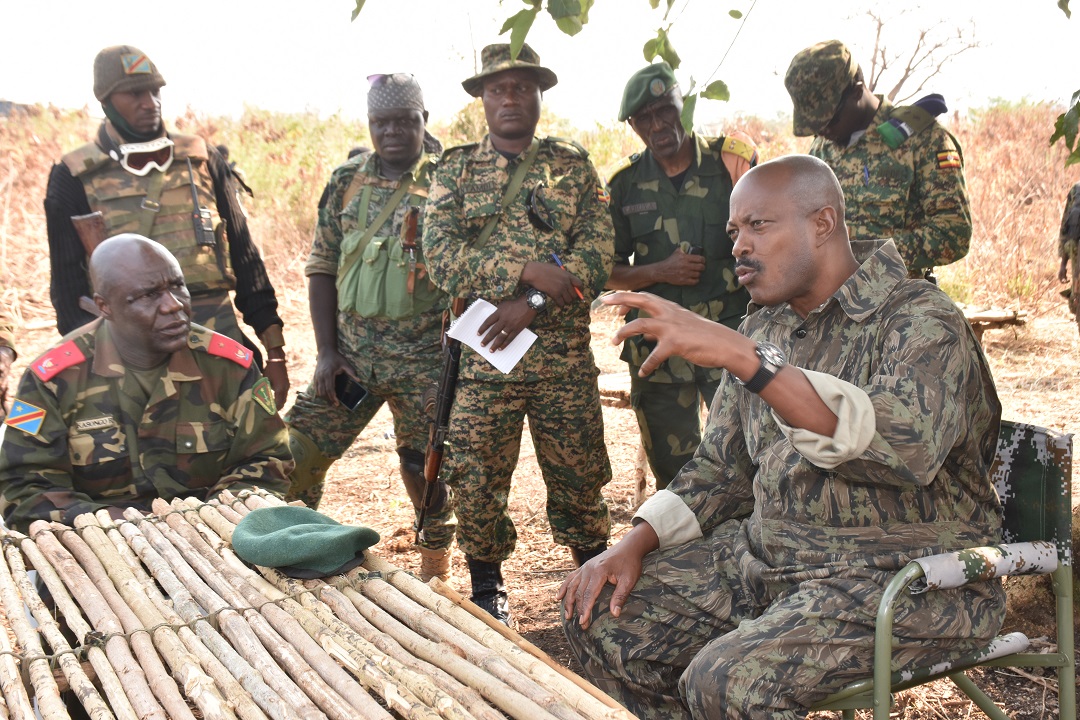 Meanwhile Commanders informed Gen Muhanga that after ADF was dislodged from ‘triangle of death’, they flee towards the Northwest, occupying areas of Ngomuhimbo, Mapipa, Machini hills – 60kms from Boga.

“Thank you for coming to rescue us from enemies of peace. My people have suffered a lot. Your bombs helped us to chess away NALU and CODECO. They took all our cows and killed our people right from Bwesi, Karongo and Kyabwohe in Rwamabale up to this point,” he said.

Muhindo Didis Isaiah, the Principal Secretary to North Kivu Governor based at Kainama noted that they have had frequent attacks from ADF (NALU) leading to the abandonment of homes and seeking of refuge in Tchabi Internally Displaced Peoples’ Camps near MONUSCO.

“North Kivu has been hit hard with the marauding ADF right from Kainama, Manzatikakuka, Kitchumba to Vindo. You saw how homesteads are bushy and abandoned. ADF comes and kills by firing and even slaughtering using machetes. The few people you are seeing around have just come back after knowing forces from Uganda were around. Last Saturday at Bulemba they killed six people who were clearing the road including two children,” he narrated. 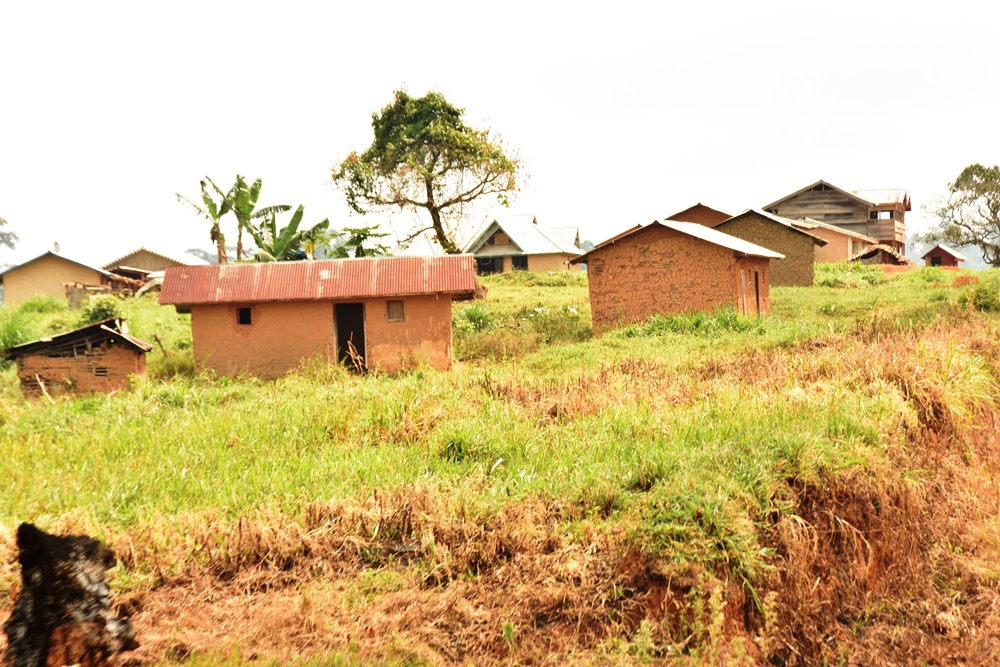 Soki Salima 37 years, a mother of 5, a resident of Budundu near Boga airfield remembers the day and time when NALU raided their village.

“It was on 23rd August 2021at around 4am when NALU speaking mixture of Nyabwishya, Kitooro and Swahili abducted all my family and the neighbours. They took us in the direction of Batonga. At a certain distance, they released us with babies and the elderly but took my 16 and 14 years daughters. We are happy that Ugandan soldiers have come. Please rescue my children,” Salima pleased.

This appeal was also reachoed by Asiimwe Mugisa 35 years who requested UPDF to rescue her 14 years abducted girl, Iveti Kasemire.

Kabaseke Barigye Innocent 40 years, a Catechist at Boga Anglican Church Kinyanjojo narrated how ADF showered bullets to the church and all the surrounding houses. They went even ahead to kill the Arch Deacon (Sabadikoni) and his grandchild.

“This was on 7th June 2021 during broad daylight, ADF entered the town firing bullets all over and burning vehicles. They specifically came for the church leaving the mosque just 500 meters away from here. These people are ruthless,” Mr. Kabaseke Innocent observed. 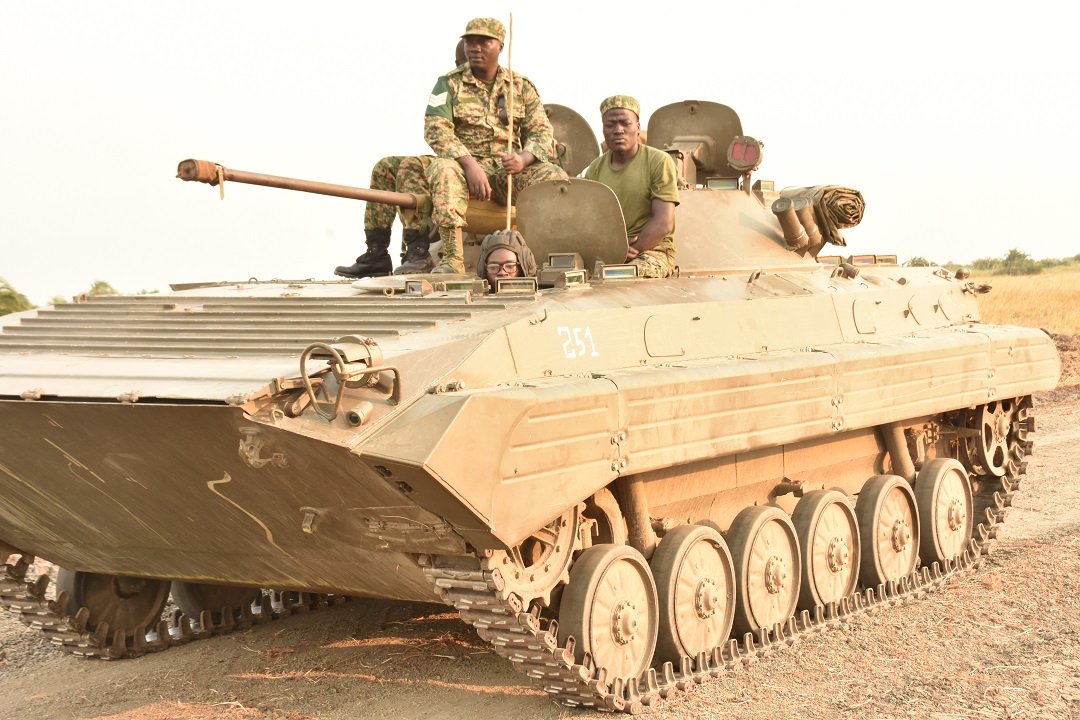 On 9th February 2022, the joint advancing forces on the third approach route of Burasi to Boga captured Boga airfield from the fleeing ADF terrorists.

This was some sigh of relief for the people in Boga town who have all along faced acts of terror from ADF. From Boga, UPDF advanced to Tchabi town up to Kainama 80kms from R. Semulik Burasi landing site.