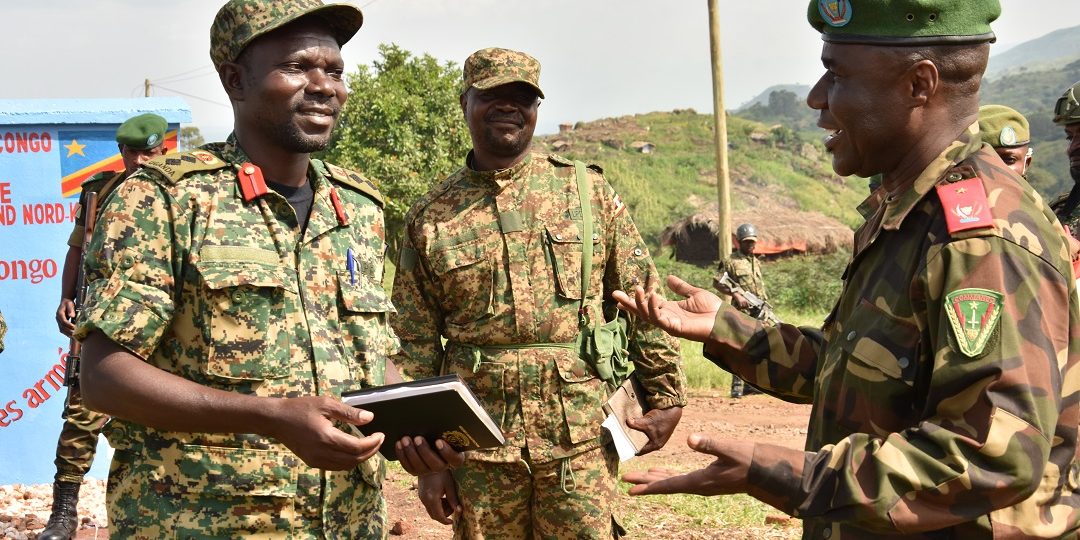 Operation Shujaa Sector three (III) Commander Col Denis Wandera Wanyama, has revealed that the Allied Democratic Forces (ADF) mayhem against residents and travellers along the Kasindi-Beni Road, which used to be rampant, have tremendously reduced because of the repulsive actions from both the Armed Forces of the Democratic Republic of Congo (FARDC) and the Uganda Peoples’ Defence Forces (UPDF). 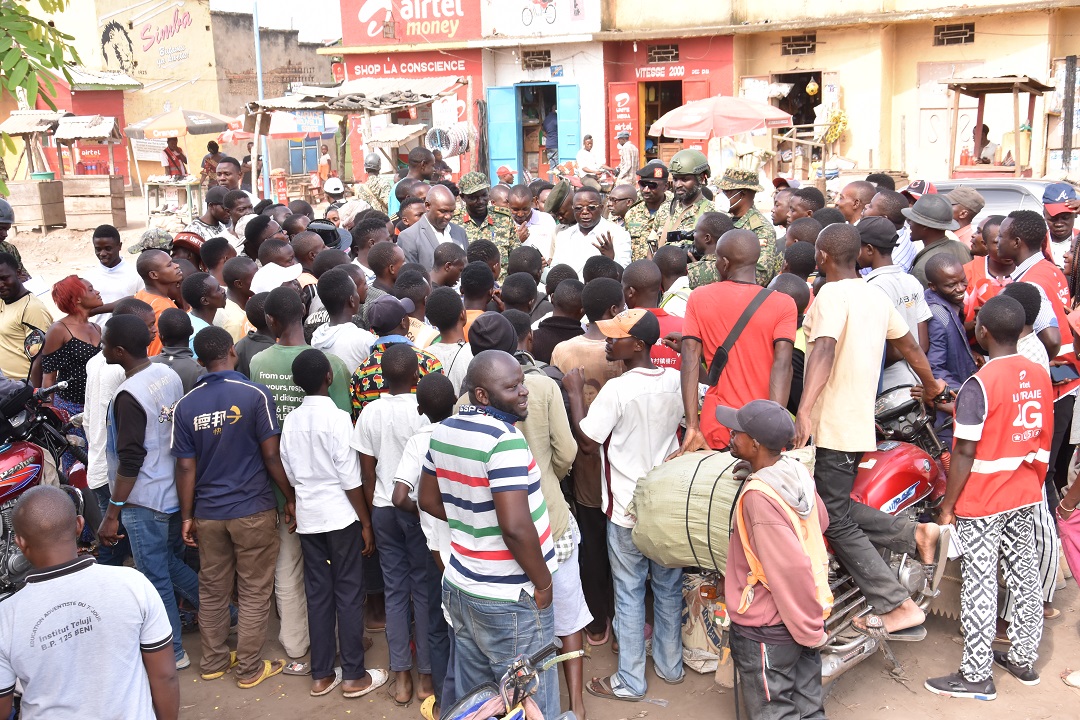 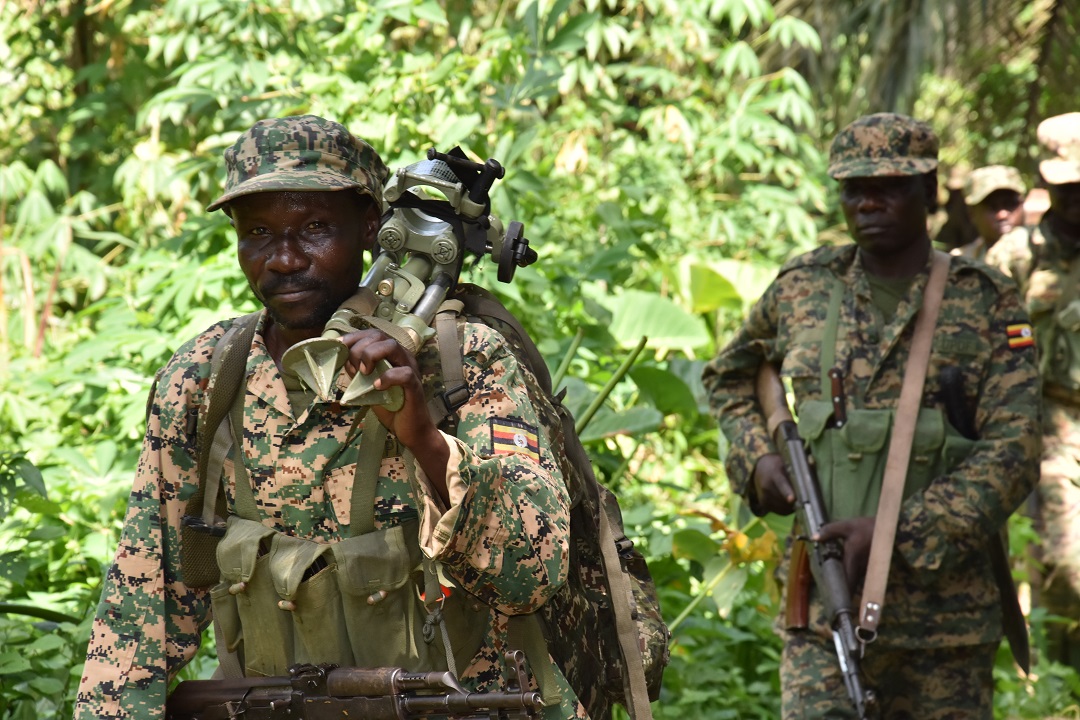 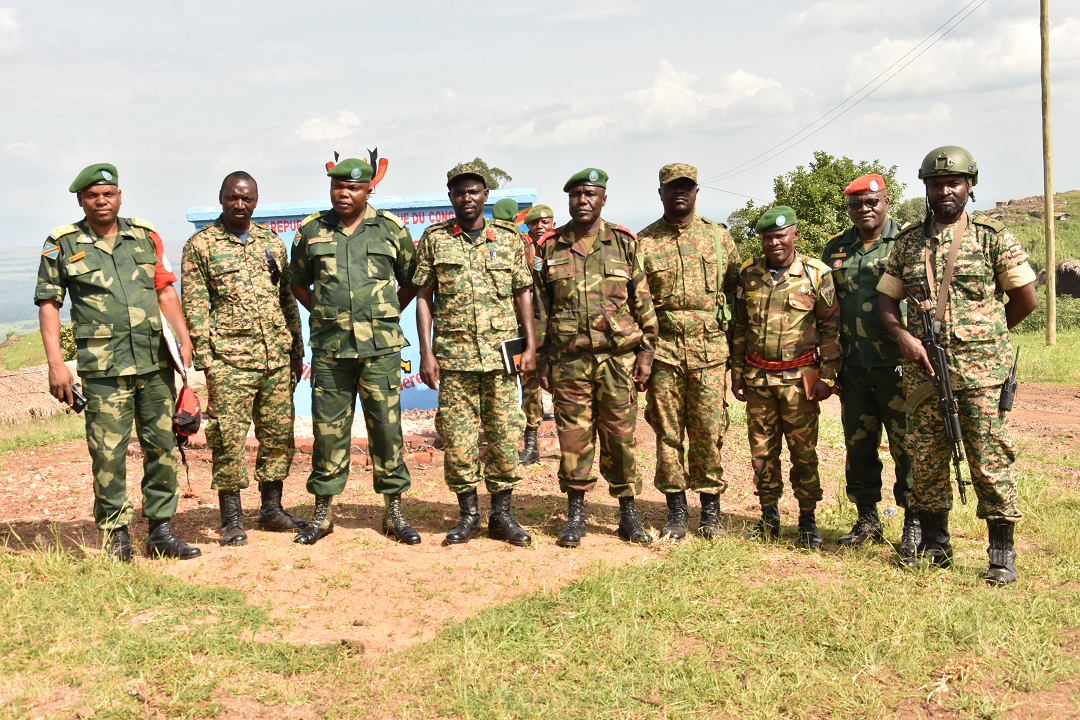 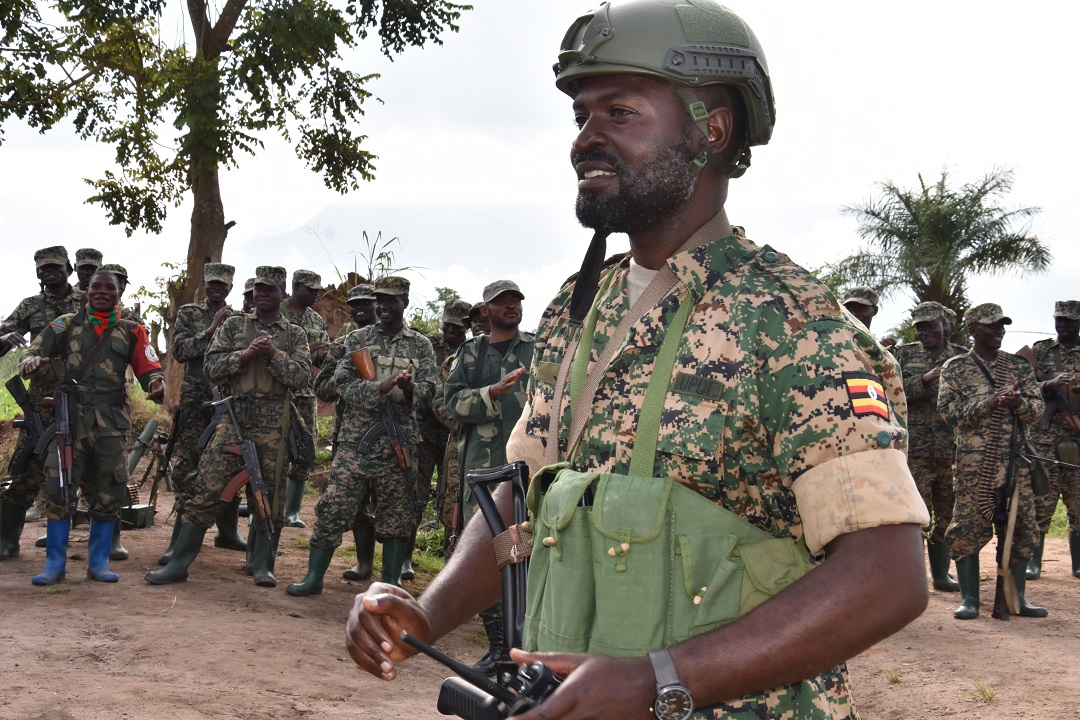 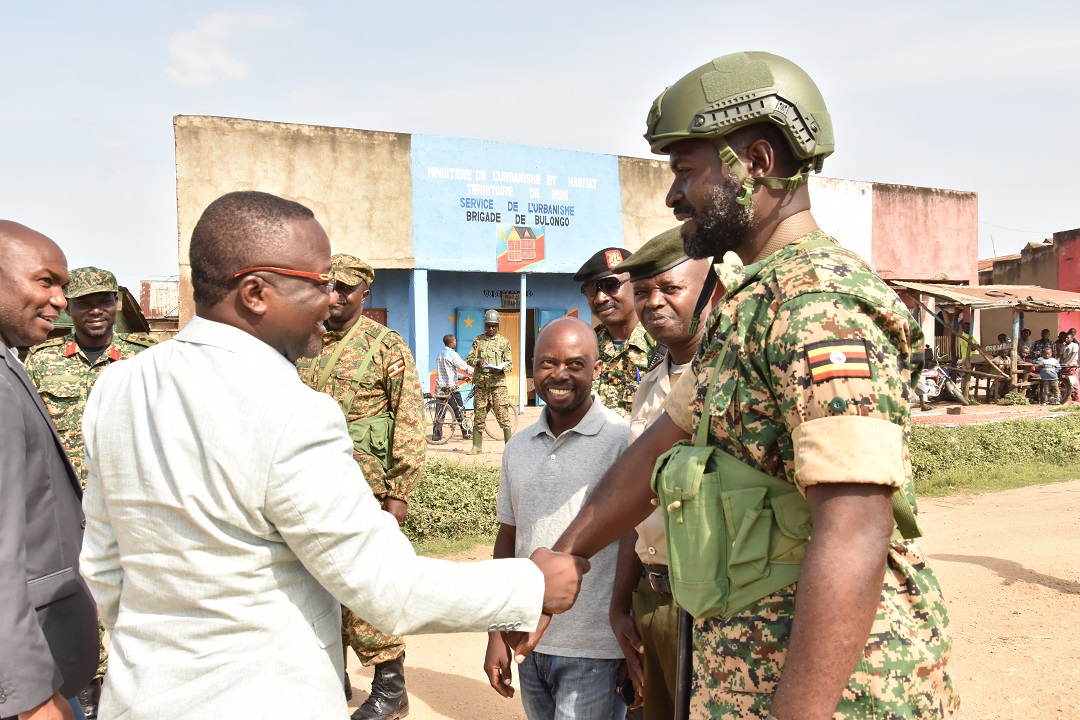 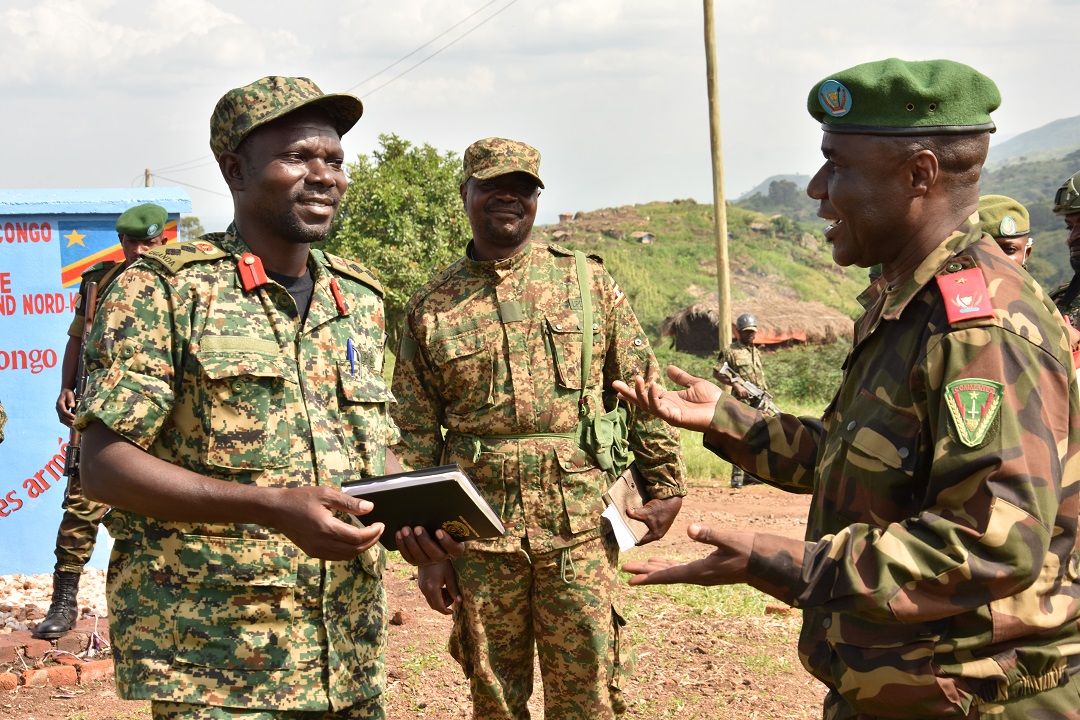 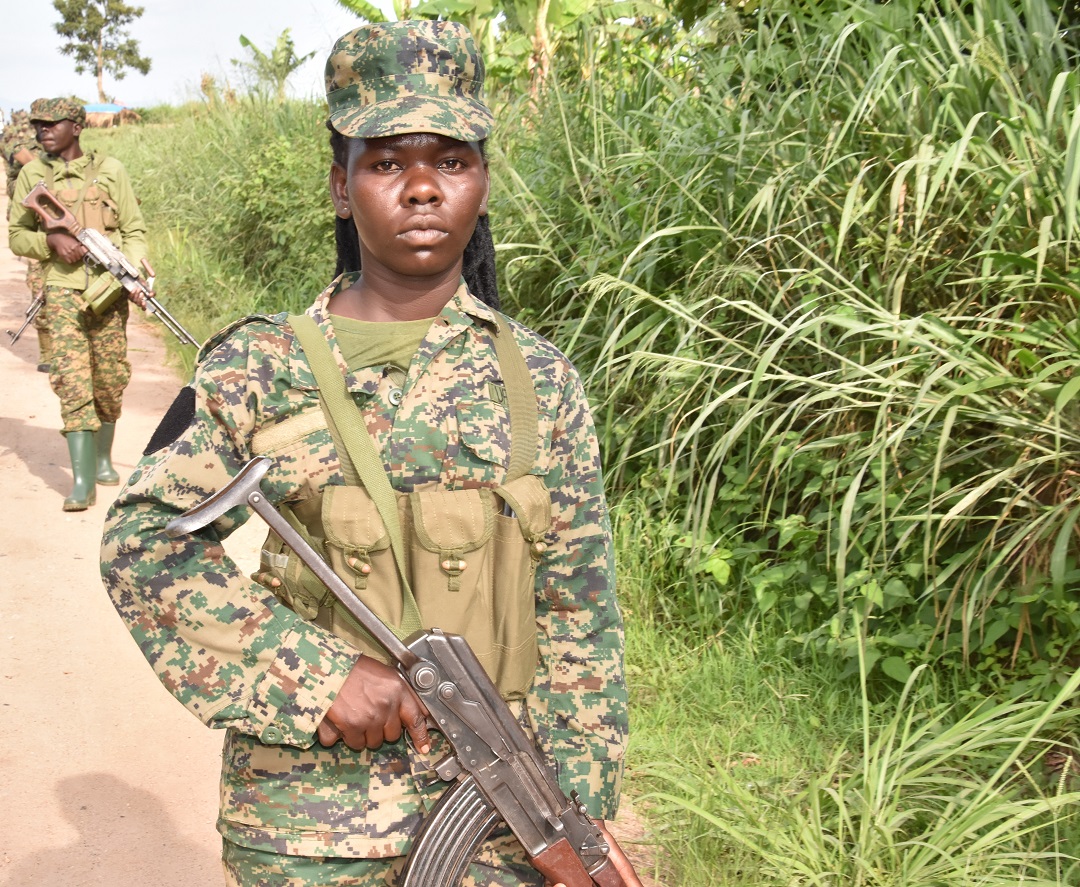 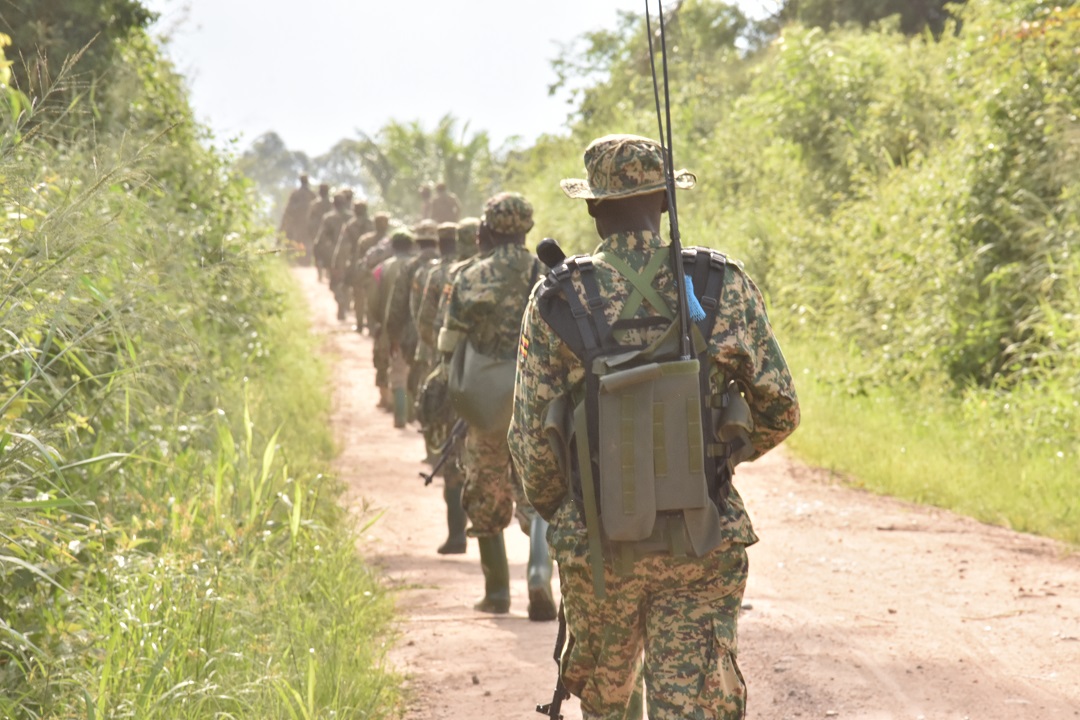 A joint force of UPDF and FARDC patroling Kasindi-Beni road.

“We are seeing a down ward trend of atrocities committed by ADF in this Sector; at least for the last one month since our deployment we have not heard any serious incidents. This is thanks to our gallant joint forces who are working hard to see that ADF is completely eliminated from the Rwenzori sector,” remarked Col Wanyama.

By the time UPDF joined FARDC in Sector III, the frequency of ADF attacks against innocent civilians, burning of vehicles along the Kasindi – Beni route, torching of peoples’ houses, looting of food crops from gardens, hacking people using machetes; was very high.

Col Wanyama adds that although the threat still exists, the trend of violence is on a reduced scale. He further noted that the joint forces focus is on eliminating the smaller ADF groups who flee from sector I and II towards the South now marauding in areas of Mwalika, Mwenda, Mutwanga and in Virunga National Park.

Since we started deployment in this sector, we have so far put out of action 20 ADF terrorists; 15 in the jungles of Mwalika, 05 along the Kasindi-Beni Road. Others died in R. Tariha during our pursuit, noted Col Denis Wanyama, adding that, 09 Sub Machine Guns, 01 PK machine gun and various calibers of ammunitions were recovered from the terrorists.

“I wish to assure our people from Uganda, Congo and the world that the forty days of ADF are near. Not so long ADF will be history. We are determined with high resolve to wipe out ADF in this region once and for all so that our people can live in peace and embark on development,” the Commander promised.

The locals appreciate the joint security forces (FARDC and UPDF) for bringing peace, security and stability to the region. They say, this has facilitated people’s involvement in productive income generating activities.

“Those days ADF would come to Bulongo town in broad day light kill people, destroy property, burn vehicles and loot food stuffs in peoples’ gardens. But with your presence, we have spent almost a month without any violence in urban centers. We hear gunshots far in the jungles. Though people still live in fear especially when they hear gunshots at a distance. They have started returning to their abandoned homes and tending to their gardens,” he noted.

They commended the March 29, 2022 meeting of East Africa Heads of State that allowed DR Congo to join the EAC, saying this will boost both security and trade among member states.

However, the locals expressed unhappiness over recent news that Operation Shujja would soon be brought to an end, upon evaluation by the leadership from both countries.

“We have heard from the radio that UPDF was to withdraw from Congo. What we are hearing from the radio is giving us sleepless nights and we are not happy. Remember you came to protect us and bring peace but insecurity is still there, how do you go back when we have just started enjoying some relative security,” wondered 53-year-old Mukula Kasereka Panya.

Sector III which is the Kasindi-Beni axis was set up in early April 2022 to act as a blocking force against fleeing ADF remnants from their strong holds in Ituri and Virunga impenetrable forests. The joint force in this sector is also mandated to protect the ongoing Kasindi-Beni-Butembo Road construction.