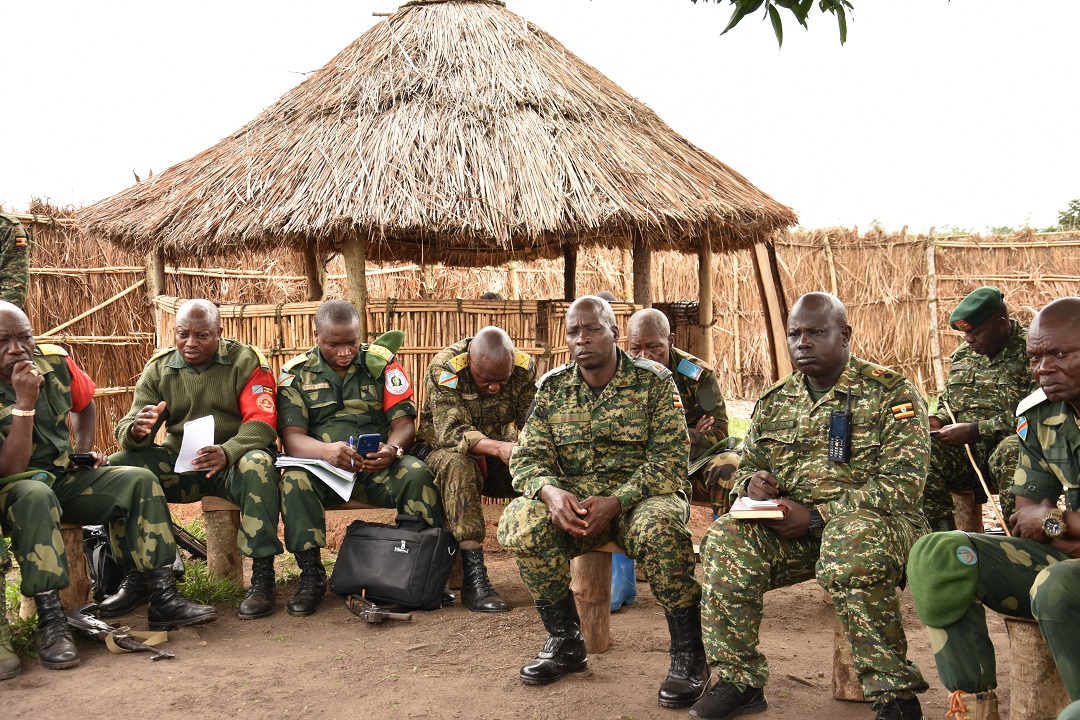 This inspection aimed at boosting the morale of the forces and draw the final onslaught plans against splinter ADF groups marauding in that sector.

While briefing the two Generals at Mboga Airfield 5, Brig Gen Joseph Mugisa Muleke (FARDC); the Operation Shujaa Axis Commander, said that the Joint Forces have heightened offensive action against ADF and other negative forces in the general areas of Nyakabale, Mitego, Malulu, Rutete, Mugwanga, Baliriya, Matete up to Zunguluka.

” Our offensive action is indeed bearing fruits considering the recent counter offensive we have conducted. From the two weeks’ onslaught, 16 enemy elements have been put out of action, including two foreign fighters of Somali origin. Five ADF have been captured alive who have given us vital information, six guns have been recovered, seven bombs of RPG and four children rescued,” Brig Gen Mugisa elaborated.

He added that four days before, 26th August 2022, the Joint Forces ambushed an ADF group of eight at Kyabakazi near Bulirya, killed four and recovered four SMGs. 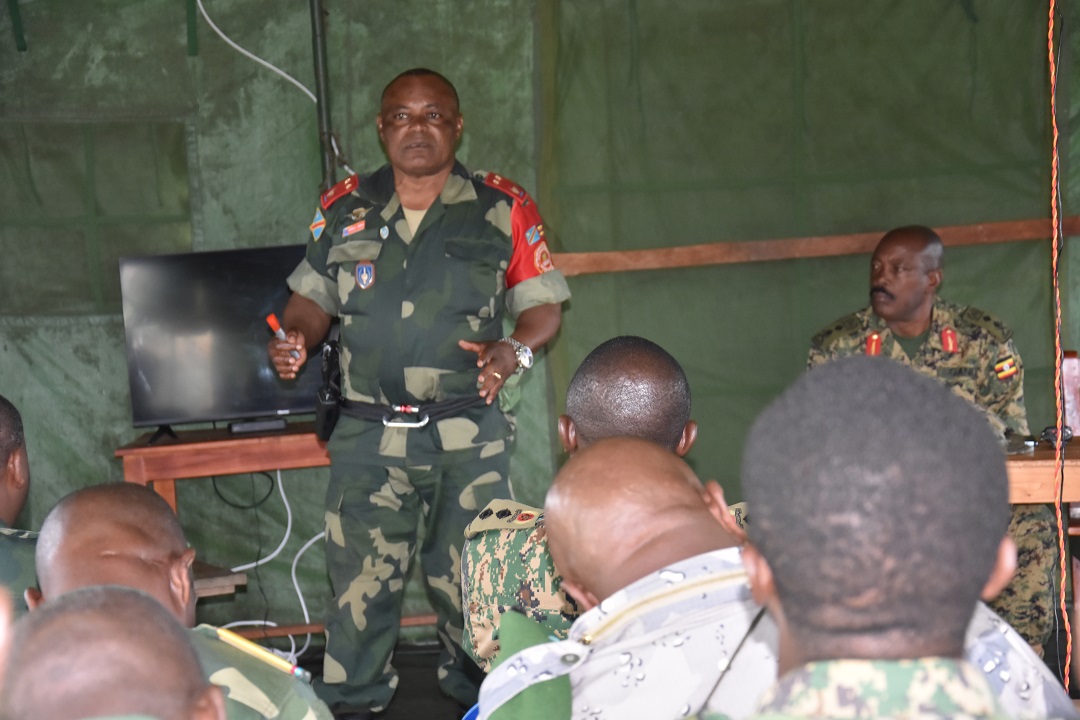 Gen Bombelle thanked all the joint subordinate commanders for their mutual trust and cooperation exhibited between the two forces. “I am glad to hear and see for myself that commanders are executing their roles together, sharing intelligence and implementing our orders together. The achievements so far attained in this operation are derived from your mutual effort and co-existence,” he commended.

He further informed the commanders that the strategic leadership has given instructions to eliminate ADF once and for all. “So we are here to establish any challenges you could be facing in order to design remedies for the smooth running of this phase which requires us to produce tangible results,” Gen Bombelle asserted. 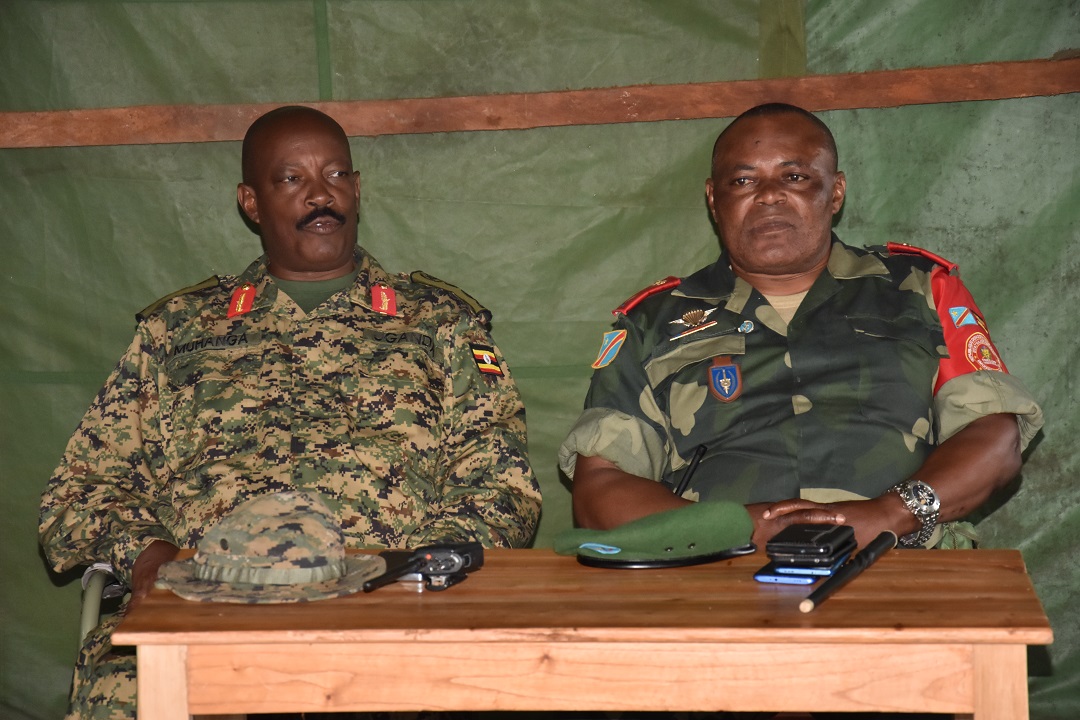 In his remarks, Maj Gen Kayanja revealed that ADF remnants moving in smaller splinter groups are aiming at stretching the joint forces, avoiding detection and for publicity purposes. “When you hear ADF attacking villages in different directions, you would think we have been surrounded by the enemy. Those are the tactics of a rebel. Even ten rebels can split into three move in different villages; burn houses, kill four civilians or burn a bodaboda on the road just for publicity purposes and to stretch the forces,” Gen Kayanja remarked.

He urged subordinate Commanders to practice the elements of Combat Power which include leadership, fire power, maneuver, logistics and force protection.

But the most core one is leadership. When you are a commander, you act like a doctor. You prescribe the enemy’s strengths, weaknesses and gaps and most importantly give confidence to your soldiers. Briefing, rehearsals and debriefing are core values of a commander to his soldiers,” he explained.

Generals eating with troops on the same food in Tchabi

In Sector Two especially in Boga-Tchabi and Kainama areas, where ADF had concentrated for almost two decades and displaced many, almost 90% of families have returned to their formally abandoned homes. This is thanks to the joint forces efforts in dislodging ADF terrorists from this sector, thereby creating sanity and a peaceful environment for the people. 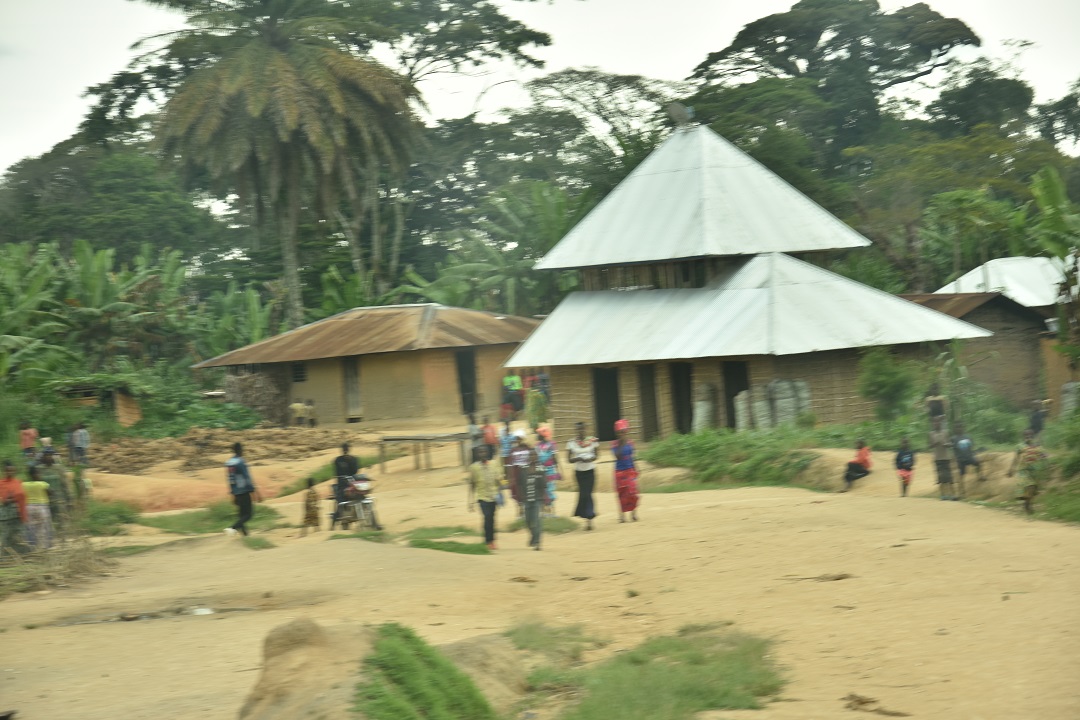