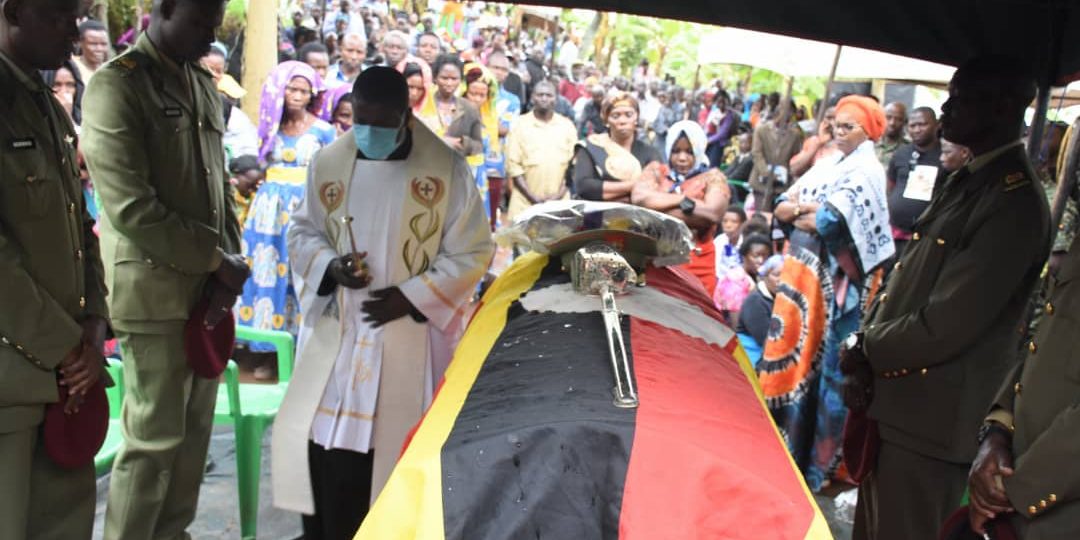 Rev Father Masereka Climent urged mourners at the burial of the Late Wazalendo Sacco’s Entebbe Branch Manager Maj Joseph Mukiraine to seek God and prepare their destiny. He said the military are always on front line so it’s better for them to keep prepared in the process of meeting their Lord.

The Late Maj Joseph Mukiraine was laid to rest at his ancestral home in Nsenyi Village, Kisinga sub county, Kasese District on the 29th May 2022.

The fallen Branch Manager was found dead at Birunga   Guest House in Kiwatule in the morning of Thursday 26 May 2022.

He was promoted to Lieutenant in 2004 and to the rank of Captain in 2013. He was elevated to the senior rank of Major in 2019, the rank at which he passed on. 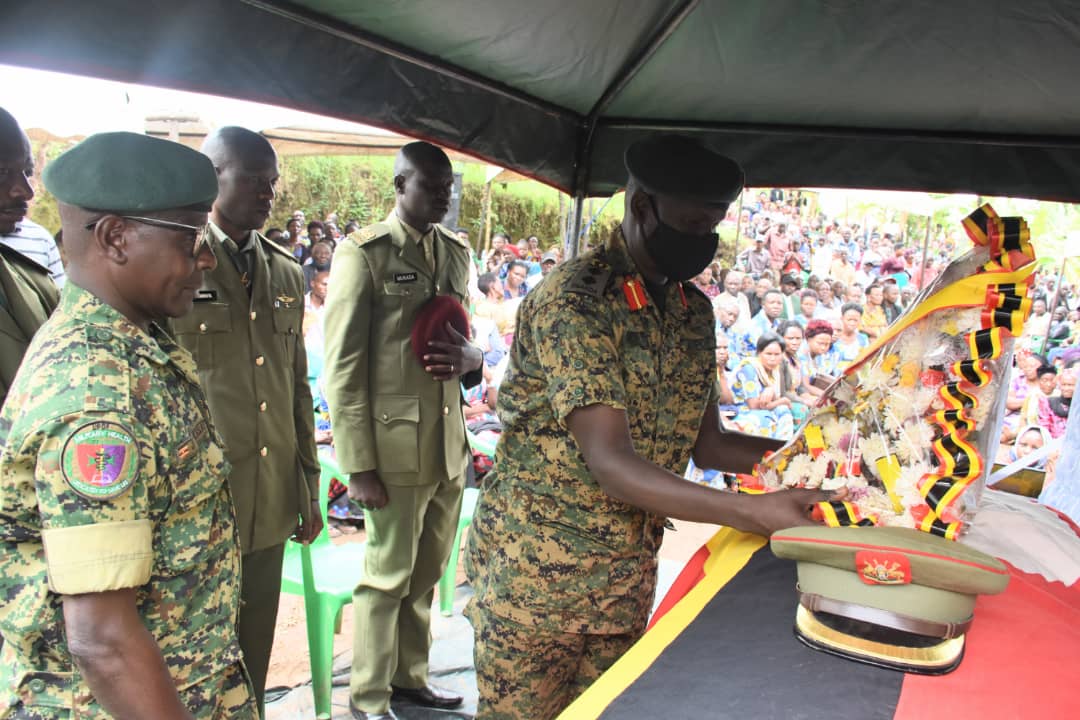 The Chief of Defence Forces Gen Wilson Mbasu Mbadi, in a speech delivered for him by Col Joseph Freddy Onata, the Chief Executive Officer WSACCO, condoled with the family following the demise of their son.

Gen Mbadi noted that Mukiraine made selfless contribution in the defence of his country throughout his service career.

He added that the Uganda Peoples’ Defence Forces is saddened by the loss of such a senior officer at a prime time of his career.

He asked the family to cooperate while processing the survivors’ benefits from the UPDF to ease the processes. 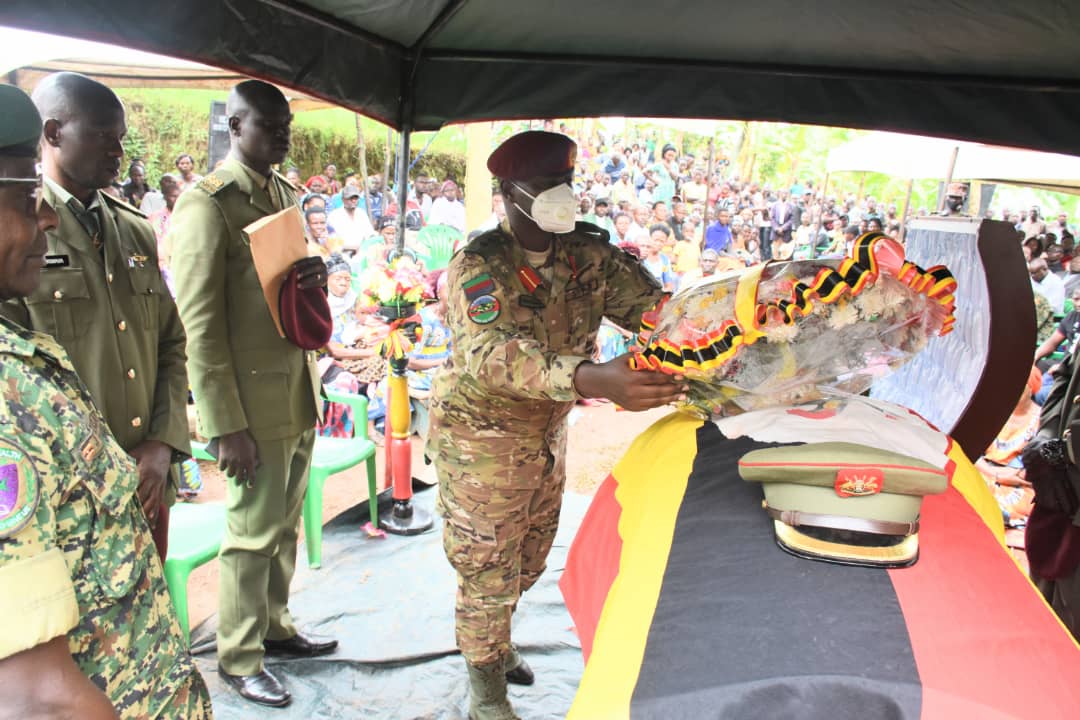 On behalf of the commander Special Forces Command (SFC) Col Nathan Fredrick Nabimanya said that the SFC regrets the untimely death of their beloved comrade under mysterious circumstances.

He said that Maj Mukiraine’s whole life in the army has been served under SFC. He further applauded the late for being a disciplined and loyal officer who delivered his assignments with dedication.

The Chief Executive Officer Wazalendo SACCO Col Joseph Freddy Onata appreciated the mourners for coming in big numbers to send off their brother, which showed not only love for the family but also comforted the grieved family.

He said the late had run his race with no stain.” As WSACCO, Joseph served us well and gave his all and shall greatly be missed for his contributions, ideas and energy,” Col Onata emphasized.

He encouraged the community to form SACCOS to easily tap into government development programs such as the Parish Development Model to gain access to some levels of incomes that will boost their other income generating activities.

On the same note, the CEO of WSACCO on behalf of the Chairman Board of Directors pledged free training to mourners on how to establish and run sustainable SACCOs and offer financial literacy in remembrance of Maj Joseph Mukiraine as the son of that land.

The brother to the late Mr. Louis Mukiraine appreciated WSACCO and the UPDF family for loving and mentoring his brother into a responsible person.

He appreciated Joseph for being a strong man, and thanked God who brought them up after the death of their two parents who departed when they were still infants.

He also thanked the community for standing with them to pay a farewell to Maj Mukiraine.