Change Of Command At United Nations Guard Unit In Somalia 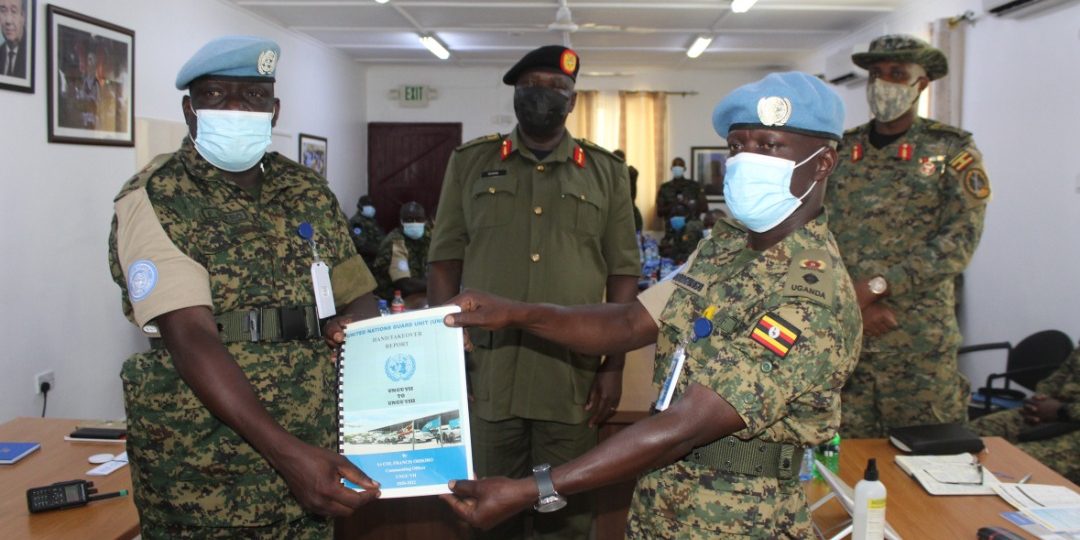 The ceremony was presided over by the Deputy Commander Land Forces Maj Gen Sam Okiding held in Somalia at the United Nations Base in Mogadishu. 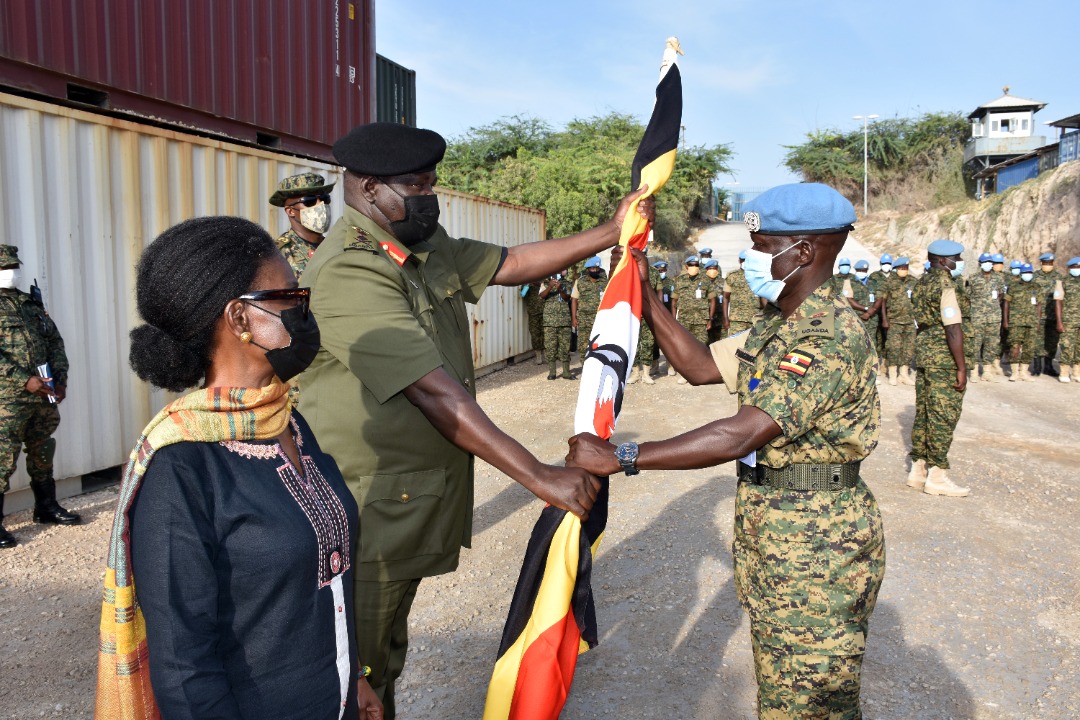 Maj Gen Okiding thanked the outgoing Commander and his team for the job well done and welcomed the new force, further reminding the incoming Commander, Lt Col Magungu to protect the legacy of his predecessor, be a good ambassador to Uganda and protect the rule of law while executing their duties.

The outgoing Commander UNGU VII, Lt Col Odikiro was happy with the UN and UPDF leadership in Mogadishu for the tireless support and guidance rendered to his group most importantly, during the COVID-19 pandemic. 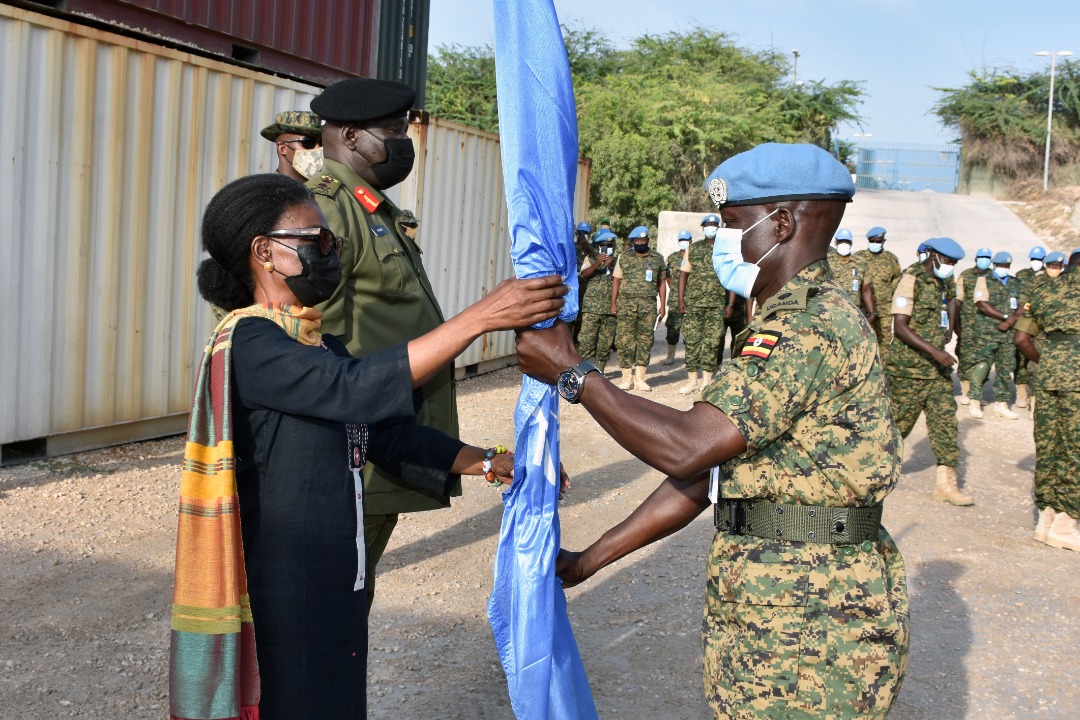 In his remarks shortly after receiving instruments of office, the incoming commander UNGU VIII, Lt Col Peter Magungu, pledged to perform to his best and wished the outgoing commander the best of luck in his future assignments.

Lt Col Magungu was later handed a UN flag by the Deputy Special Representative of the Secretary General Her Excellency Kiki Gbeho who welcomed the new group to the UN security team and expressed her commitment to work together. 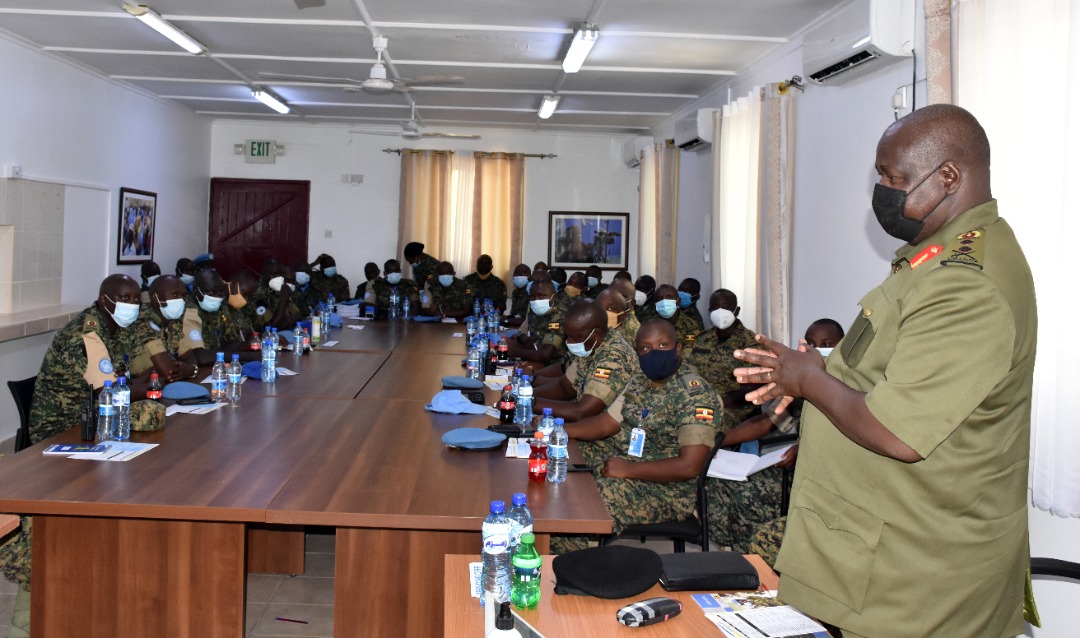 The Deputy Commander Land Forces Maj Gen Sam Okiding handed over the Uganda Flag to the new UNGU Commander as part of the procedures of taking over command.

UPDF first deployed under UN in Somalia on 1 April 2014 after the formation of UNGU following the United Nations Security Council Resolution 2111 of 24 July 2013 and UN security council resolution 2124 dated 12 Nov 2013 to provide security to the UN personnel and installations in Mogadishu. 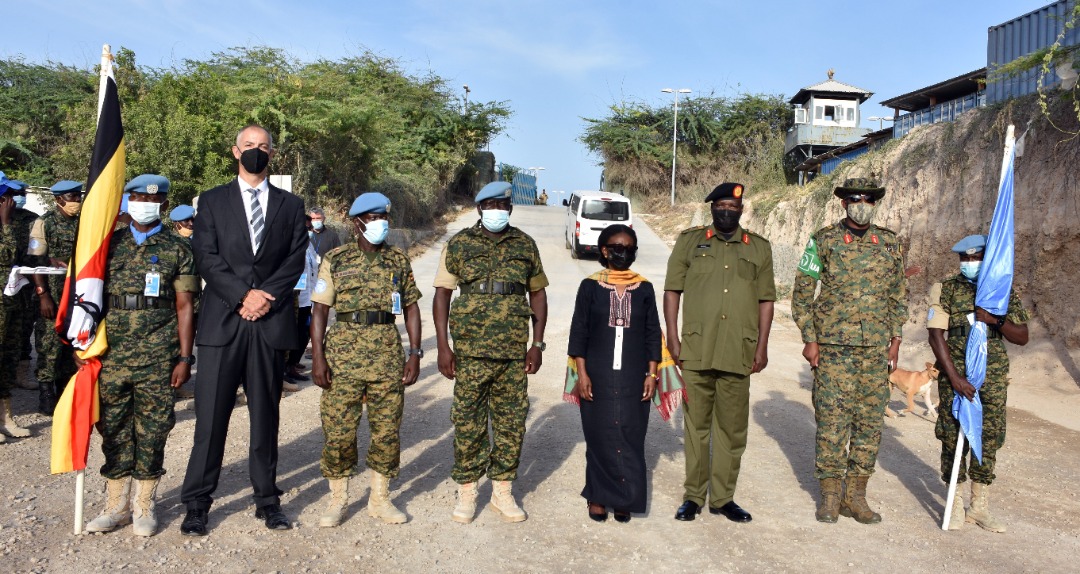 The colorful function was attended by AMISOM Sector One Commander Brig Gen Keith Katungi, United Nations Senior Security Officials, and all Heads of departments under UNGU VII and VIII.