Brace Yourself for The Task Ahead – D/CONTICO to UPDF Commanders 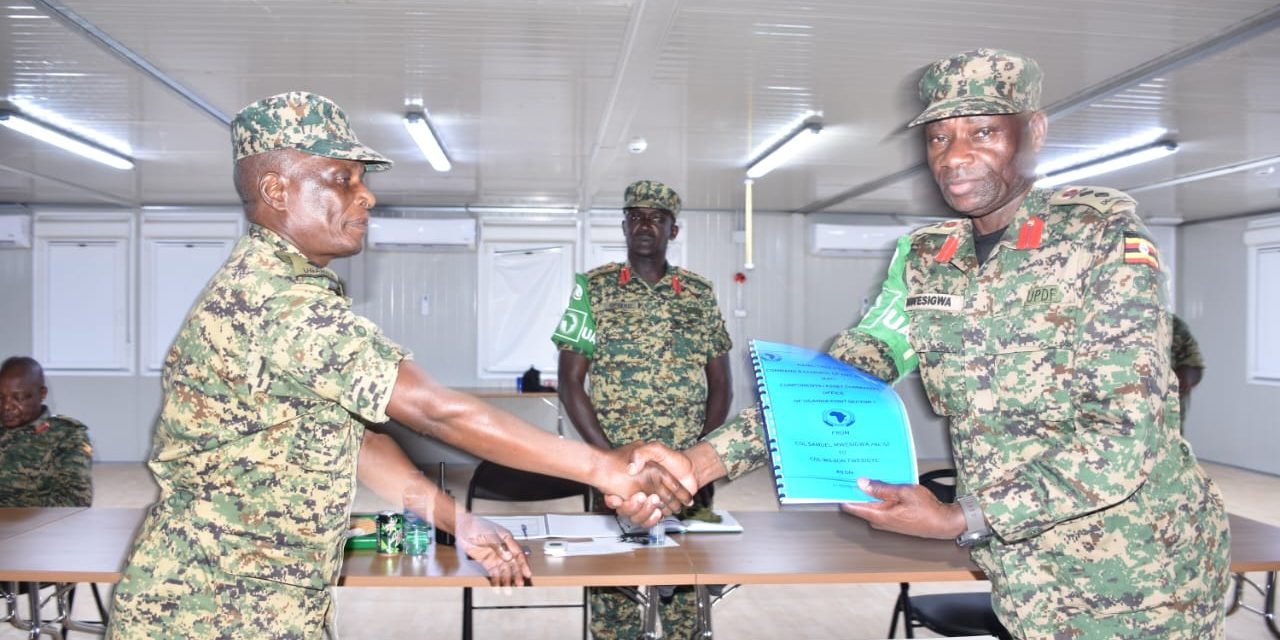 The Deputy Contingent Commander of the Uganda Peoples’ Defence Forces in Somalia (D/CONTICO) Col David Opero has urged his commanders to prepare themselves and their troops psychologically, physically and otherwise for the tasks ahead of them.

Tasks like preparing and overseeing rotation of troops in and out of the mission area between Battle Group 32 and 35 respectively and at the same time to be able to secure elections of the President of the Federal Government of Somalia that are due very soon. 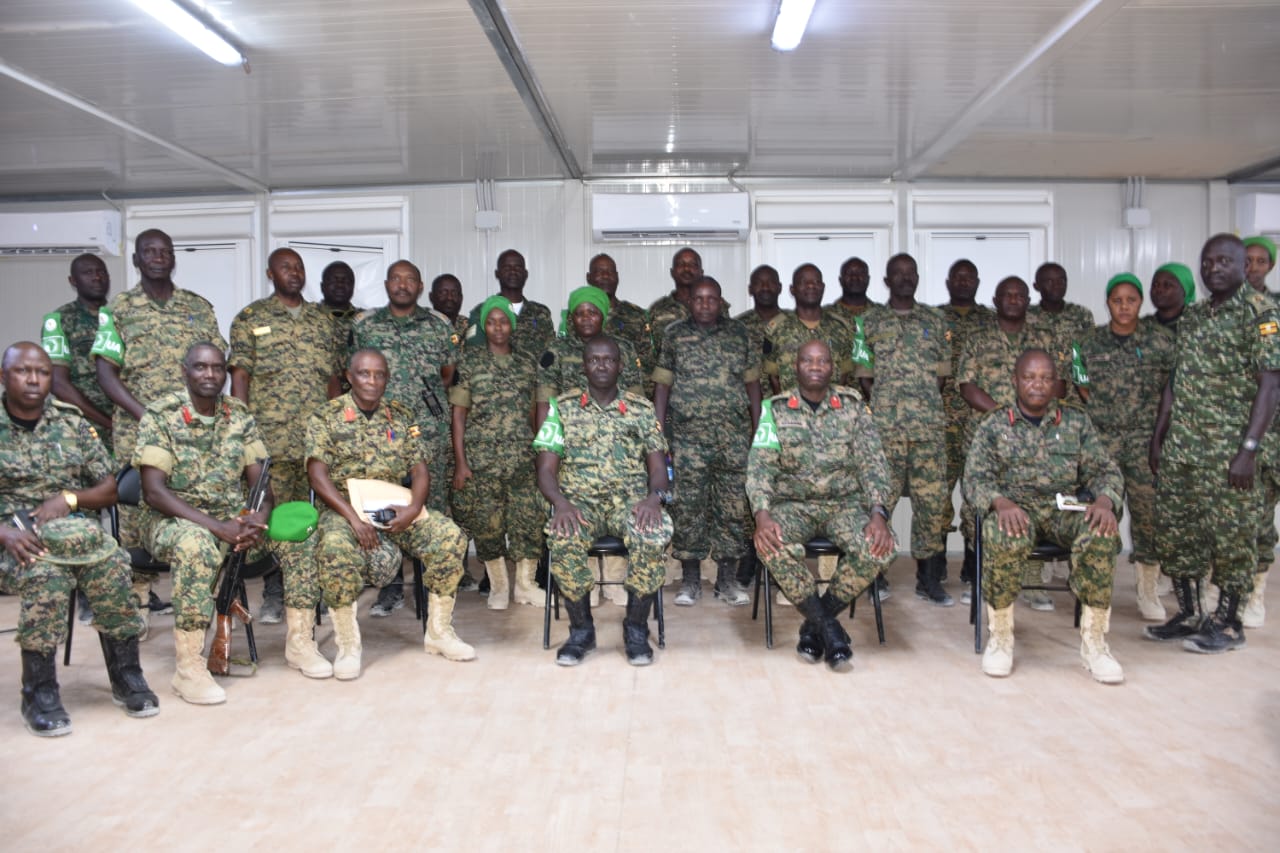 Deputy Contingent Commander, Col David Opero (C) in group photo after presiding over the the handover/ take over of the office of Commander of Anti Air Craft (AAC) assets in Mogadishu- Somalia

The call was made last evening as he presided over of the handover/ take over of the office of Commander of Anti Air Craft (AAC) assets which took place at the Contingent Headquarters at Halane Base camp Mogadishu- Somalia. “You are taking over office at a very critical period with critical activities, prepare for them,” Col Opero emphasized.

He further assured the commanders that although the task was critical it would be easy if there was cooperation amongst all the command and staff elements involved. “We have handled similar tasks before, this shouldn’t be difficult for us. Cooperate, communicate, and coordinate,” he urged.

The D/ CONTICO further urged the incoming commander to brief his troops about the new tasks under the new arrangement of Africa Union Transition Mission in Somalia (ATMIS) It’s your responsibility to orient your personnel to the new tasks under ATMIS.” He said. He thanked the outgoing commander Col Samuel Mwesigwa for the job well done. “Col Sam has had an exemplary performance. He is a leader, Commander, and very focused, no doubt about that”  he appreciated.

In his hand over report, Col Samuel Mwesigwa thanked the UPDF leadership for entrusting him with such a critical responsibility, which he said was a sign of confidence in him.

The Air Defence element is crucial in protection of troops against air attacks, during convoy operations and provides direct fire support to troops, including  enhancing their fire power.

Earlier on, the Contingent administrative officer Col Emmanuel Odong presided over the hand over/ take over of the office of the Contingent communications officer between Lt Col Godfrey Mugarura and Lt Col  Rashid Matovu.

Both functions were attended by key commanders and  staff officers at the Contingent.