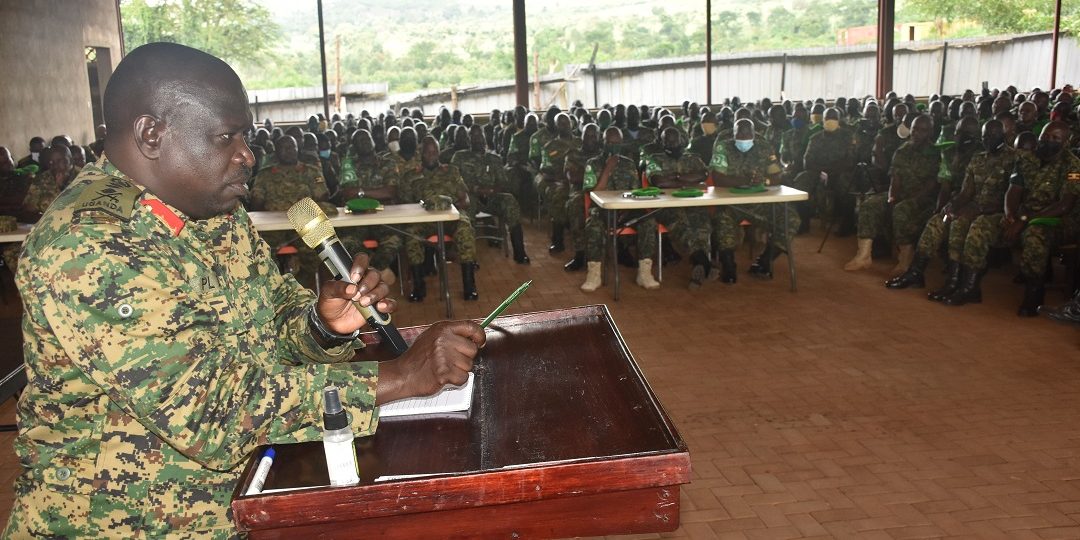 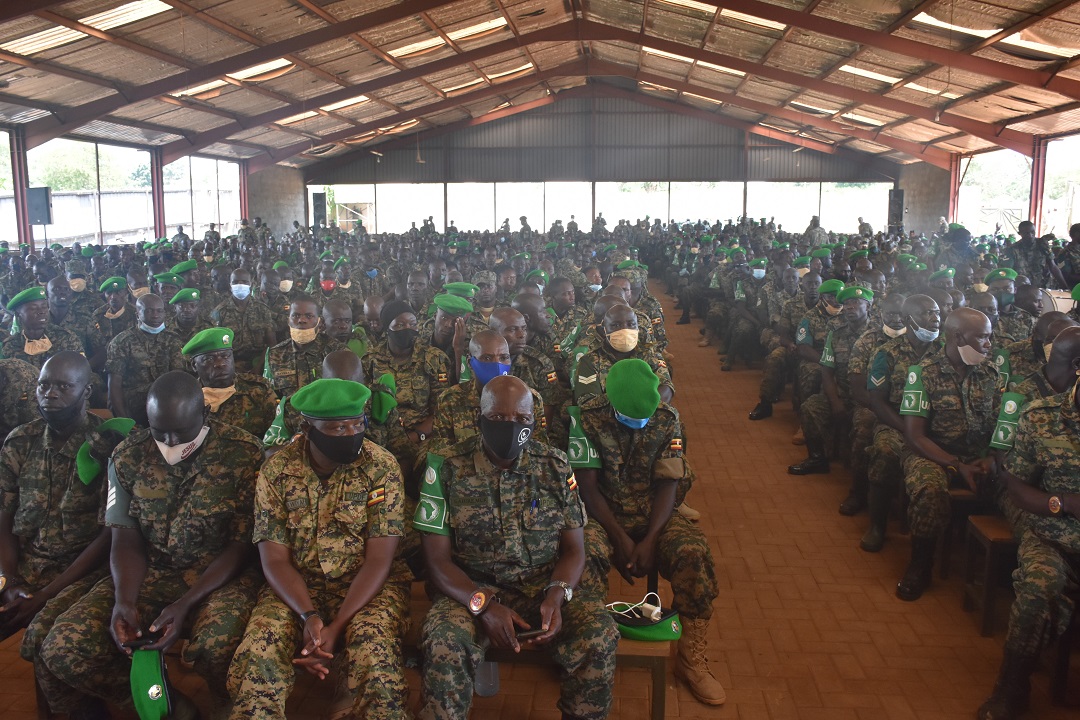 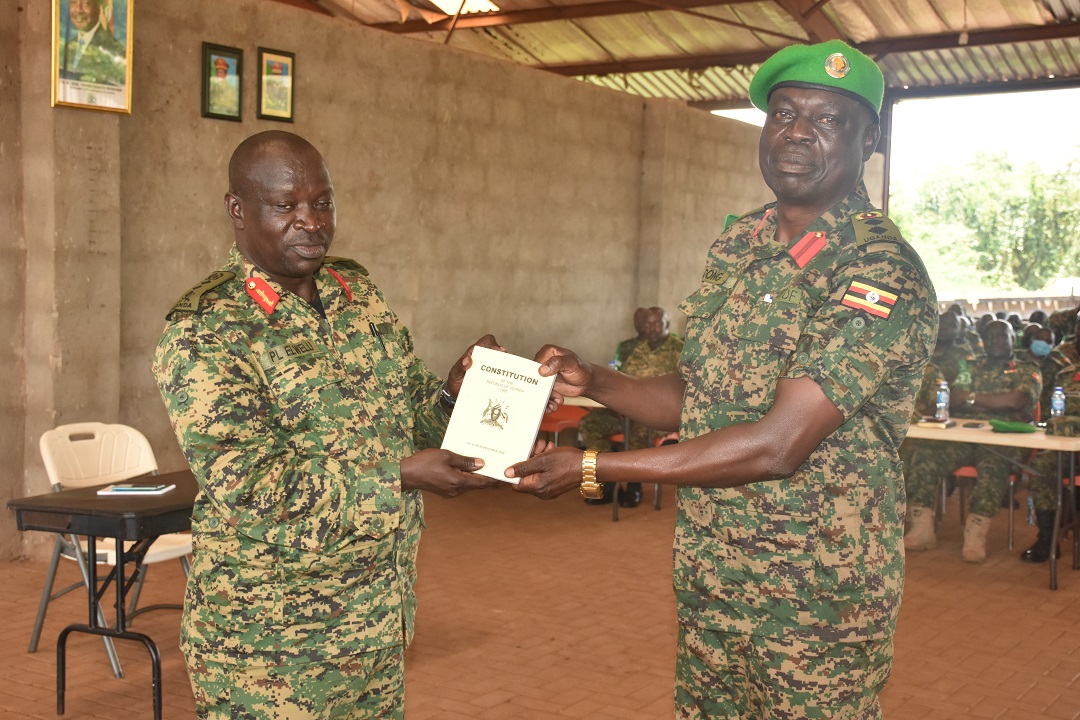 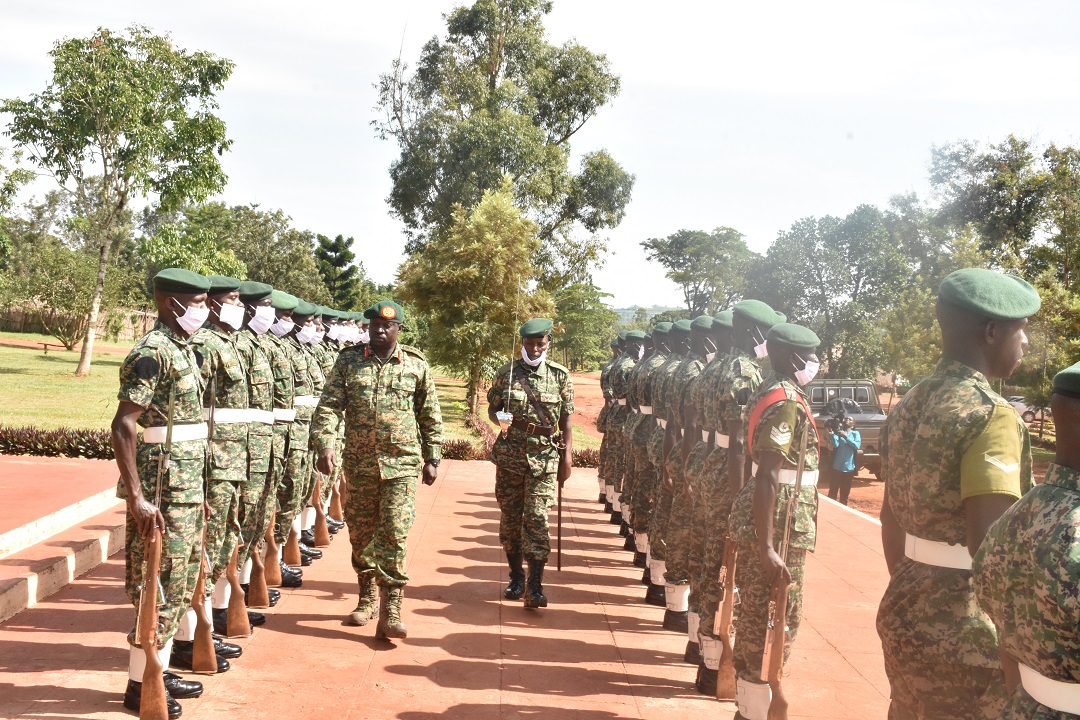 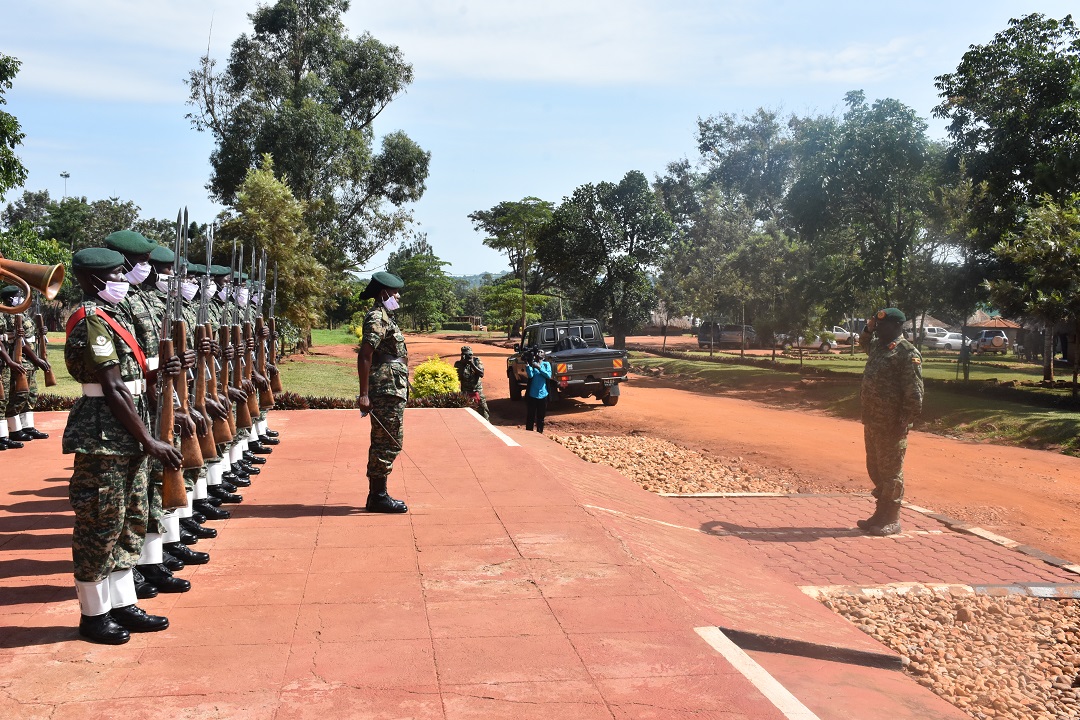 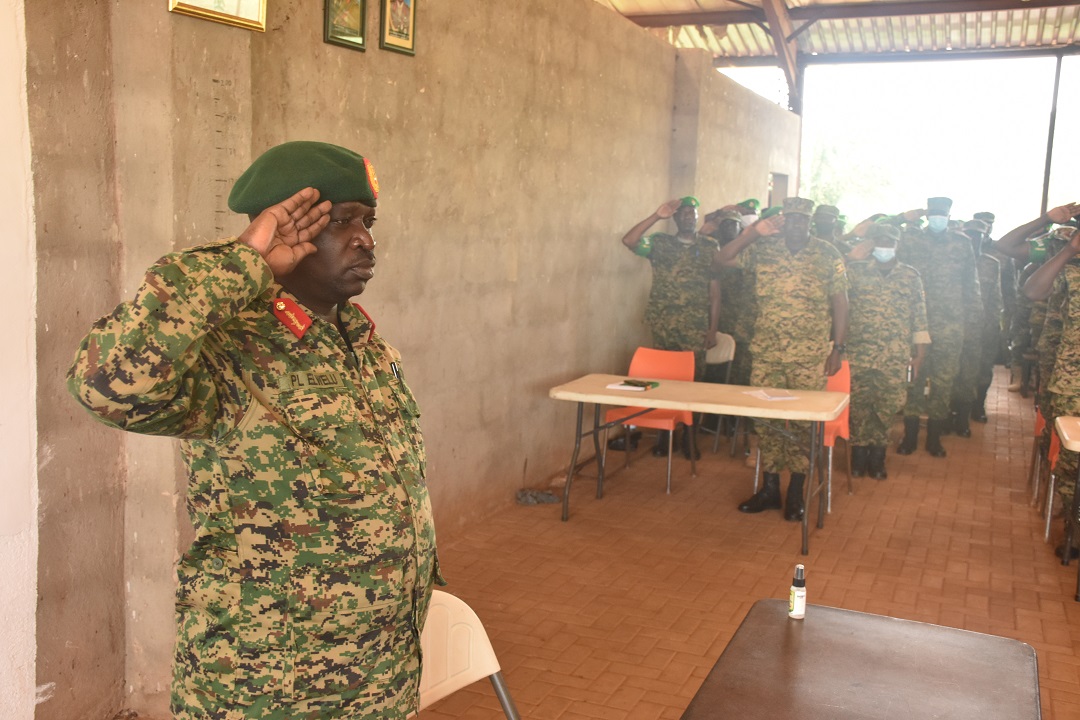 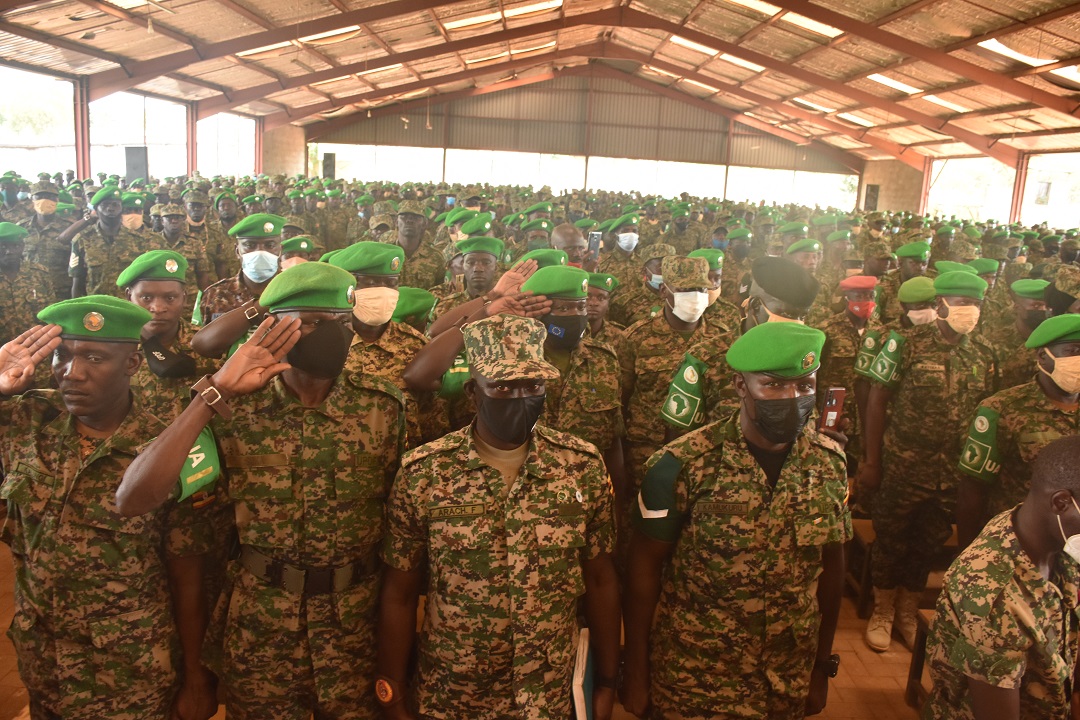 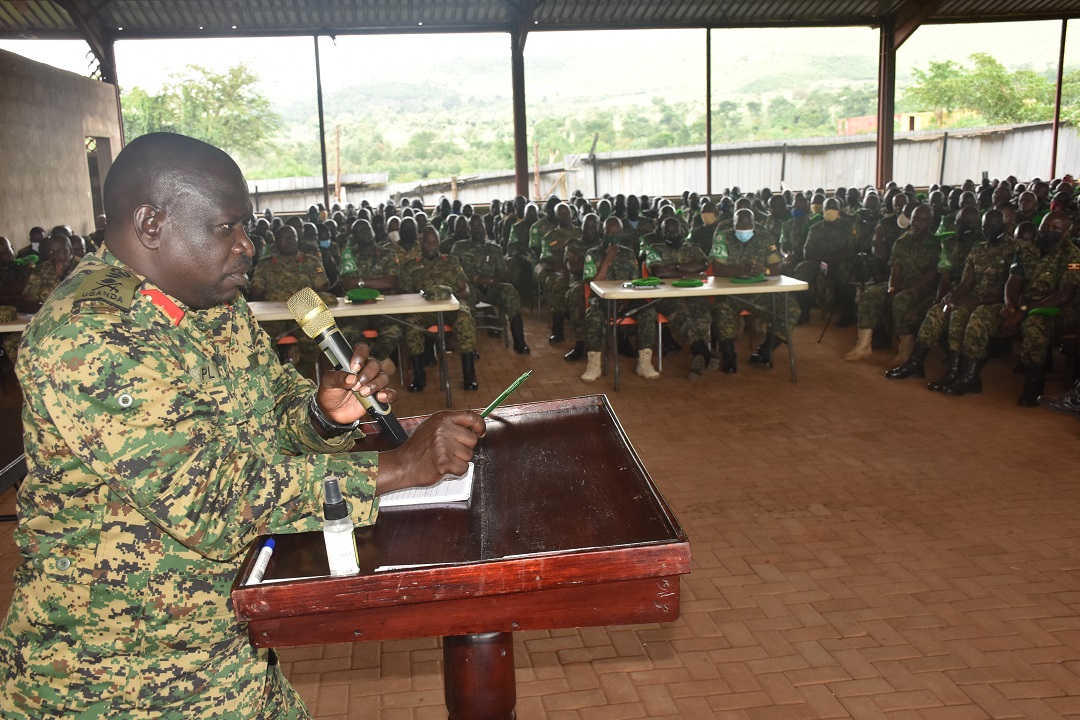 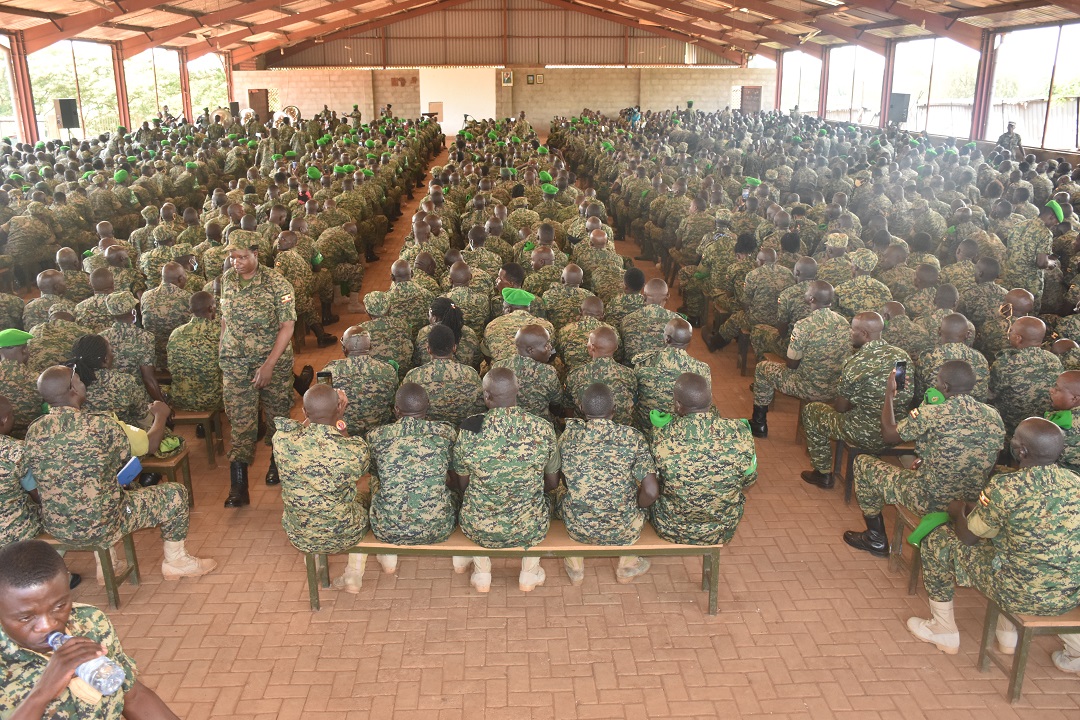 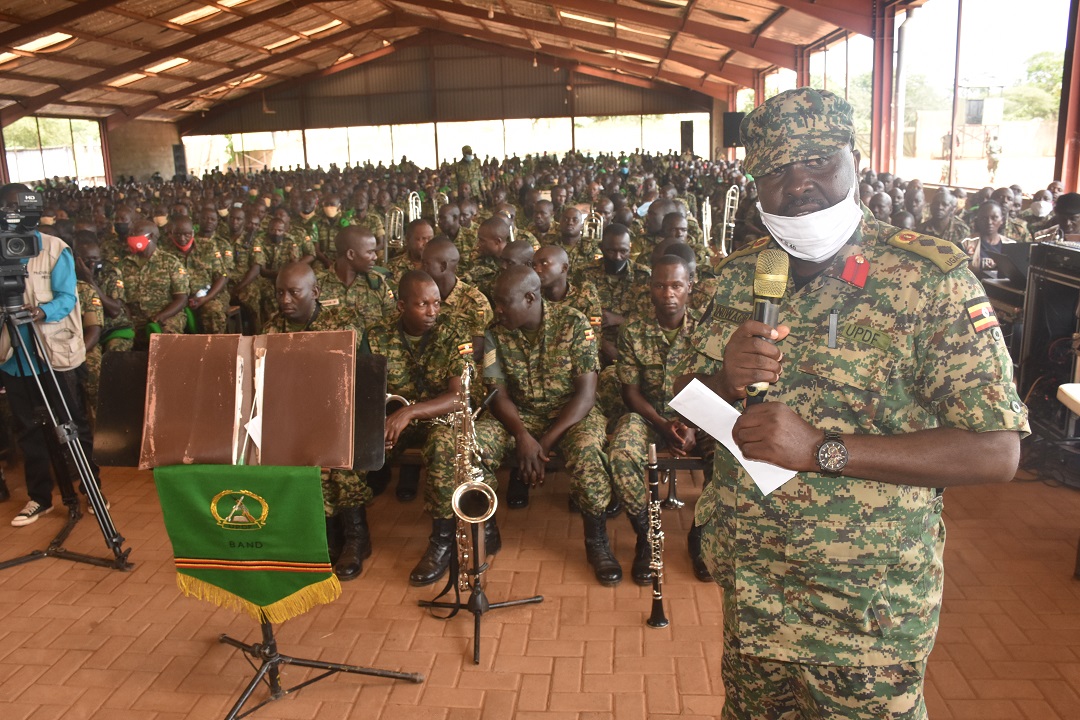 The two weeks course ran from 2nd to 13th May 2022 at the Peace Support Operations Training Centre – Singo in Nakaseke District. The routine training is conducted for all UPDF Troops prior to after their deployment to foreign missions.

The troops were equipped with skills and knowledge on human rights during engagements, financial literacy, responsible parenting, patriotism, Post Mission-Counselling and Guidance, UPDF values, and Political Economy in Contemporary Uganda, among others.

In his remarks, the D/CDF reminded Officers and Militants that the African Union Transition Mission in Somalia (ATMIS) is important for Uganda and the African Continent.

He urged them to always remember the ideology of the UPDF as a ‘Peoples’ Army’, meaning an army that came from the people and working for the people.

“Respect the UPDF Code of Conduct, and all soldiers should know what makes UPDF different from other Forces,” Lt Gen Elwelu emphasized.

He condemned all acts of indiscipline from any soldier, saying whoever faults will face the law.

He said: ” Read the UPDF Bible and understand it. It’s basically about one thing – protecting your country. The army is not a job, it is a sacrifice for the good of your country. So don’t look at money alone,” he explained.

He quoted Hebrews 13:5 and Luke 3:14, which all point to being contented with what God has provided and avoiding extortion.

He also reminded the troops to uphold the UPDF Ideology of being: Patriotic, Pan Africanist, observe democracy and be ready to social economically transform communities.

The troops were also advised to invest their hard-earned money in income generating activities.

The Commandant of PSO-TC Brig Gen Maximus Gumisiriza, remarked that the Officers/Militants had successfully completed the Post Mission Ideological Political Orientation Training Course. He urged them to maintain the discipline exhibited during training and not get diverted in their respective units and formations upon deployment.

Speaking on behalf of the UPDF Chief Political Commissar Maj Gen Henry Matsiko, the Director of Political Education – Land Forces, Col Anatoli Nuwagira, noted that the Post Ideological Orientation Training was designed to rejuvenate psychosocial support, consciousness and enhance the troops understanding of the current trends in the country.