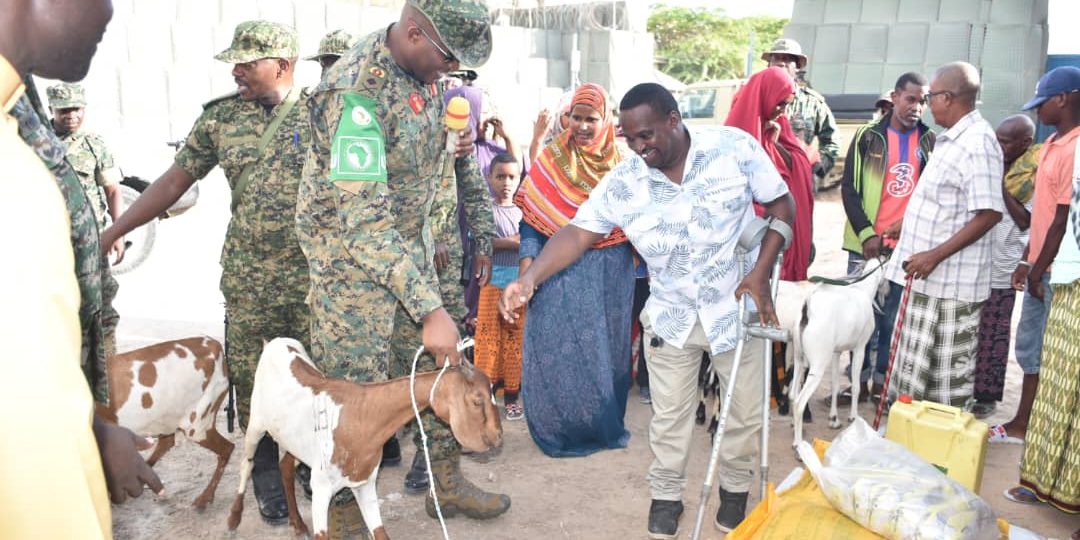 The Sector One Commander of the Ugandan Contingent under the African Union Transition Mission in Somalia (ATMIS), Brig Gen Keith Katungi last evening donated an assortment of food items to the Muslim community in the neighborhood of his headquarters at Halane base camp in Mogadishu. 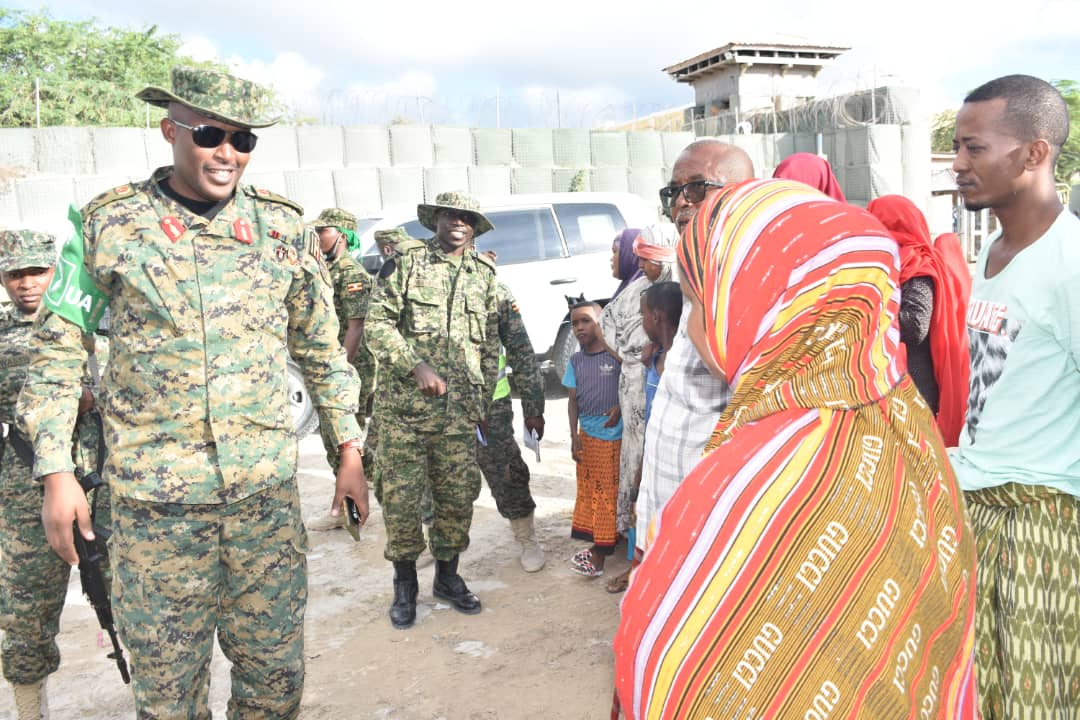 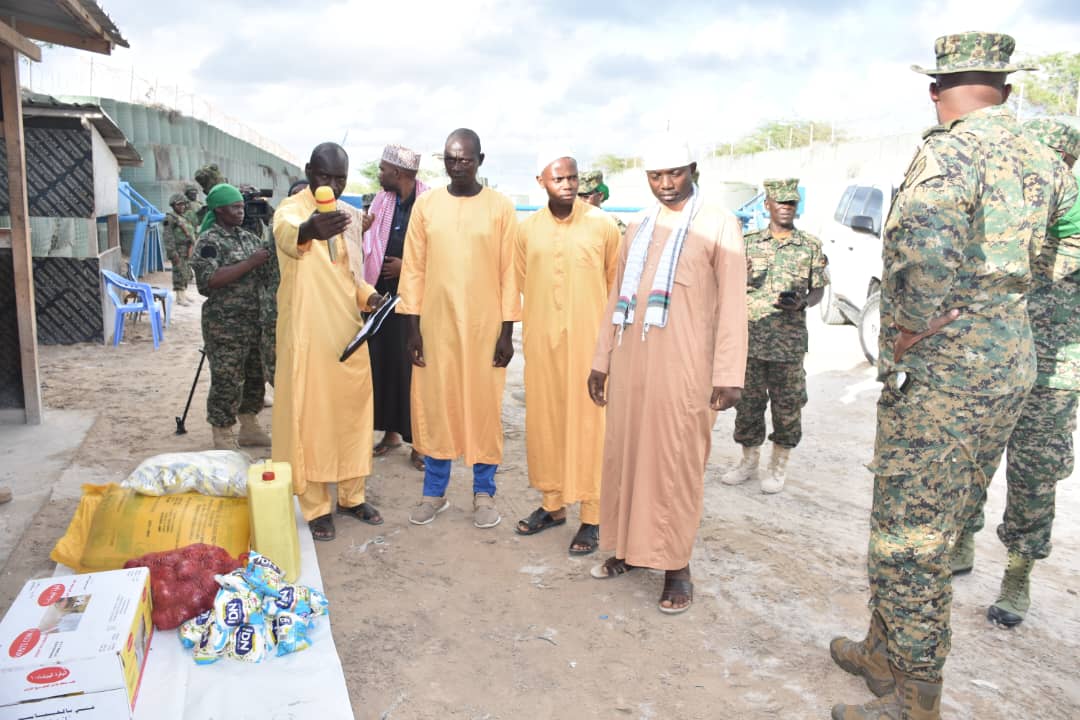 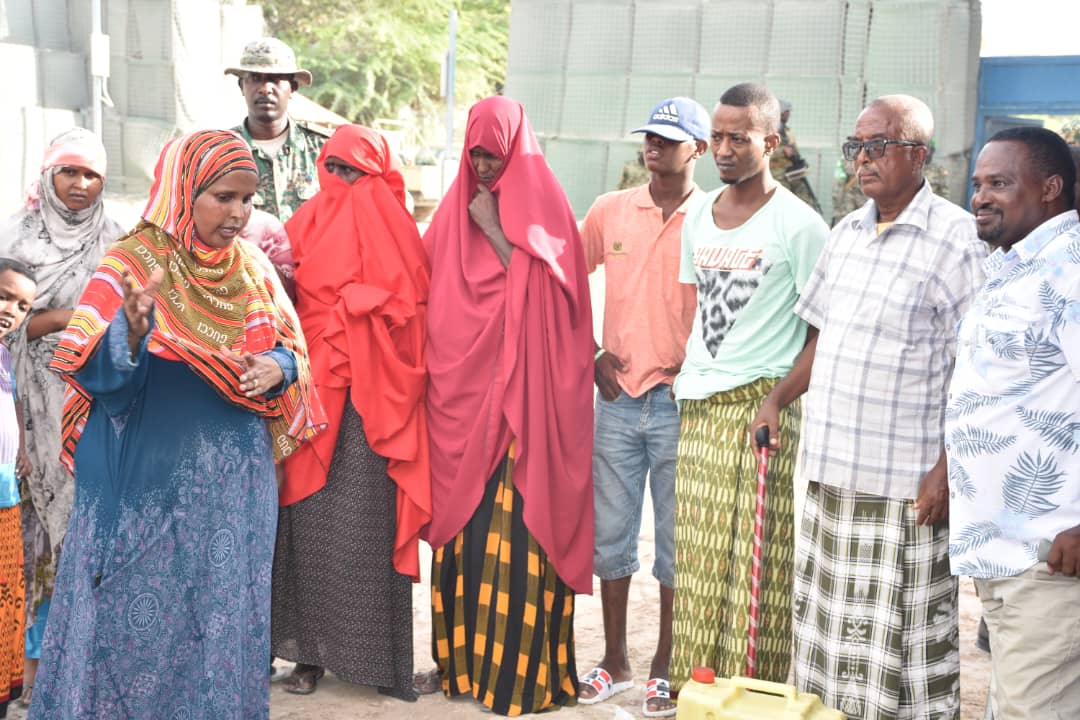 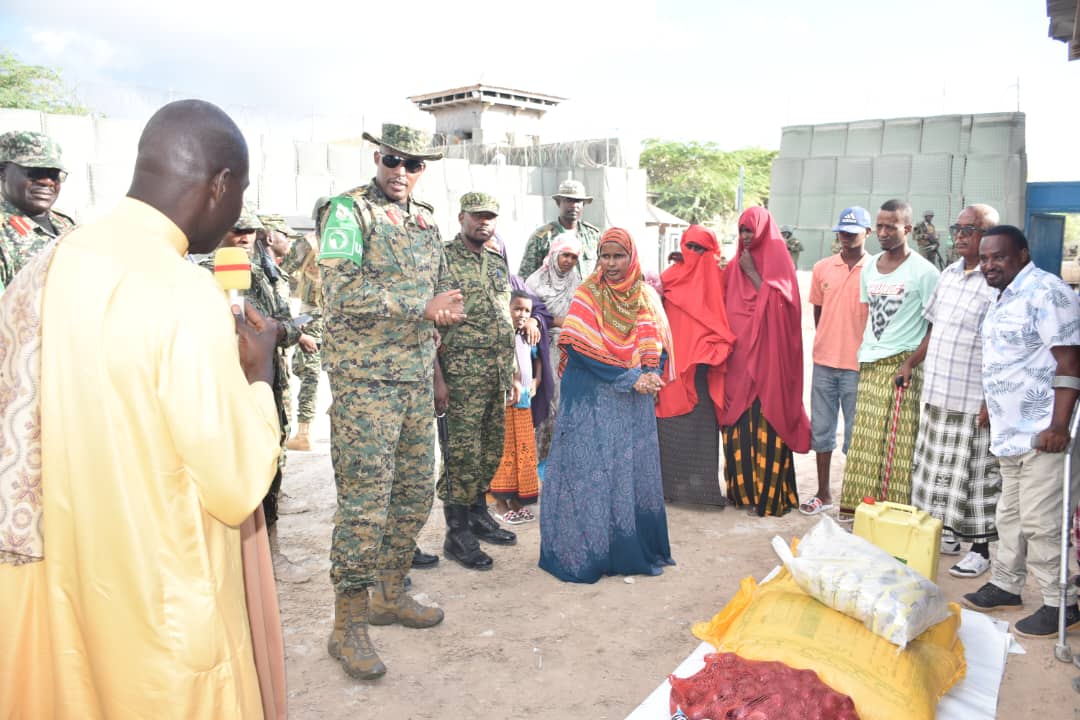 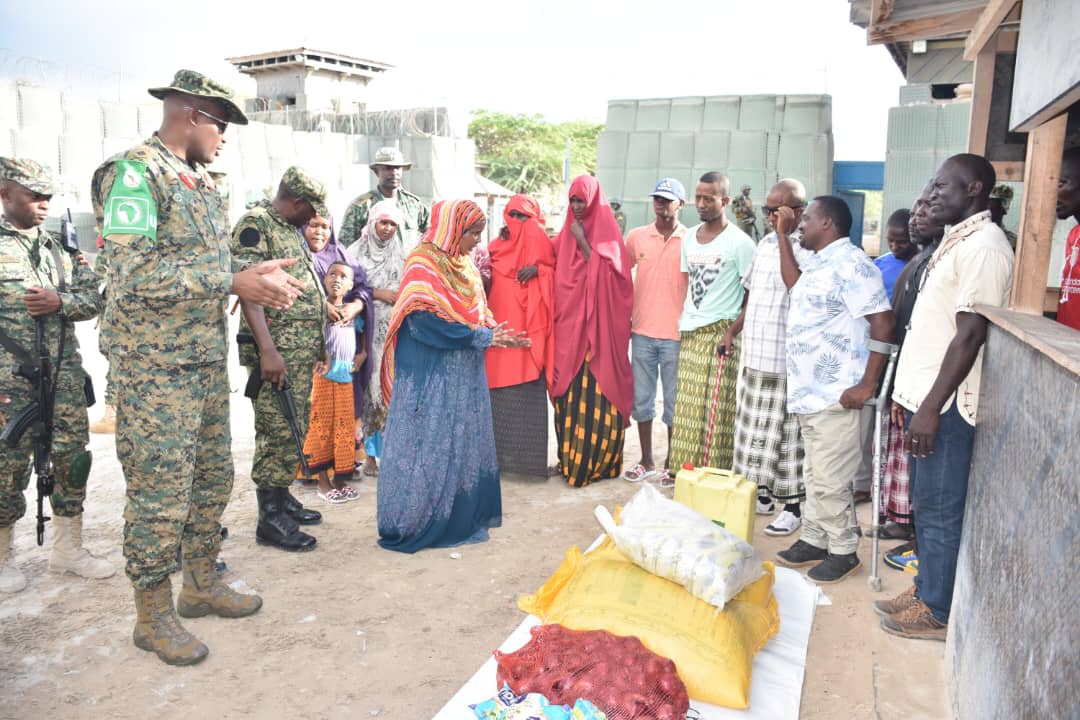 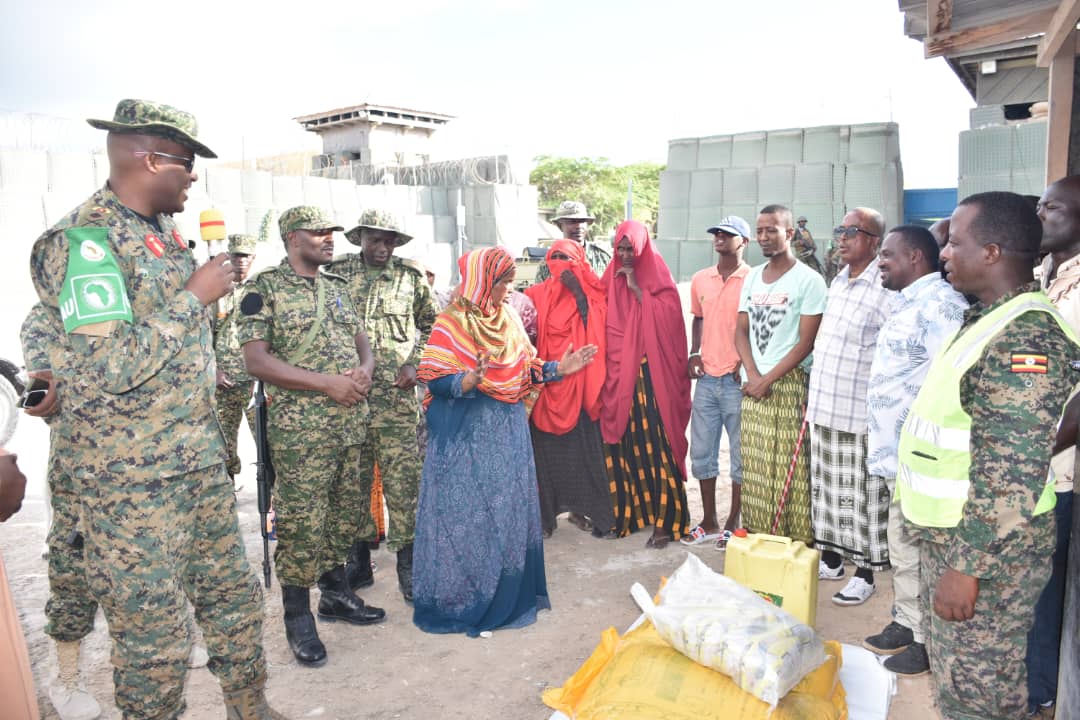 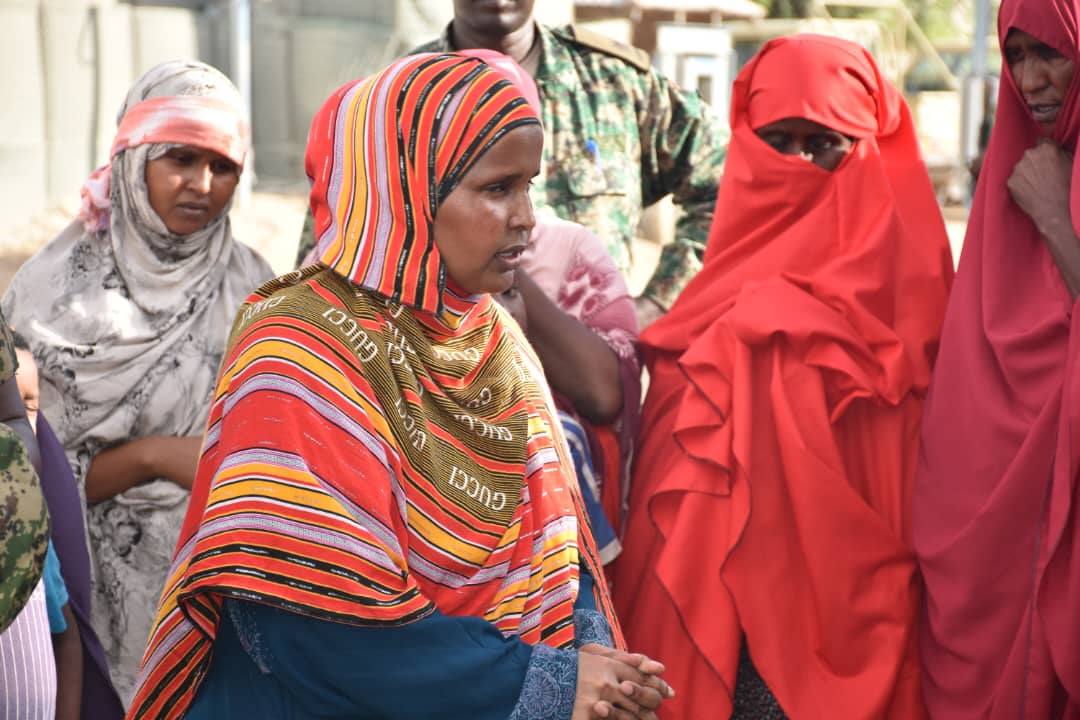 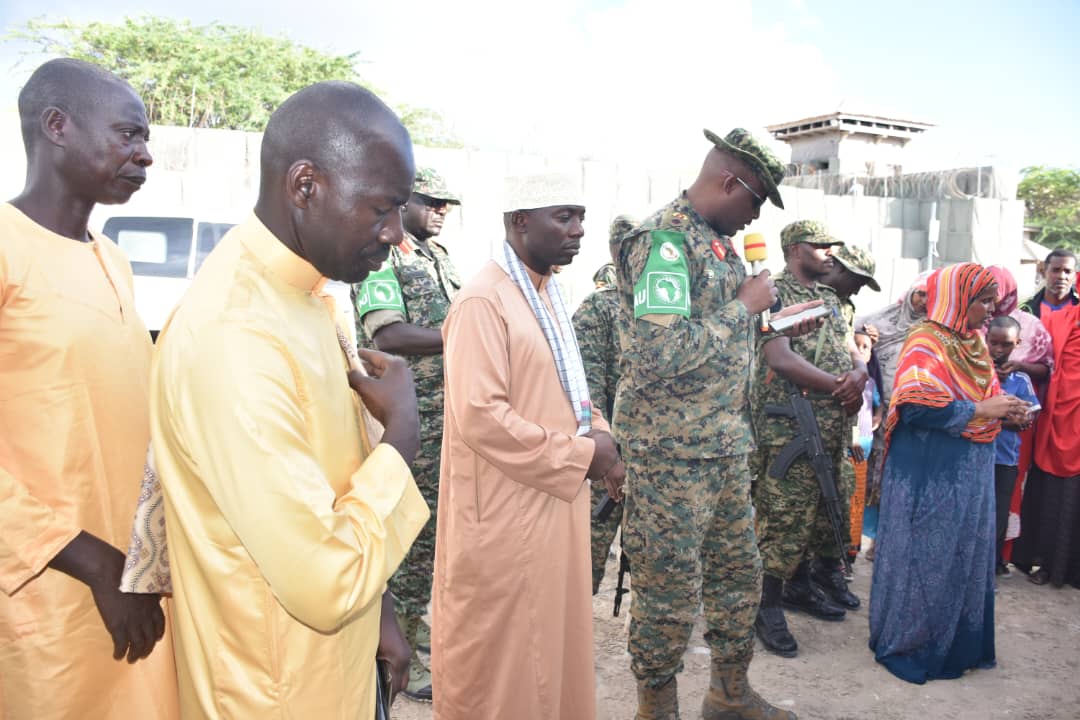 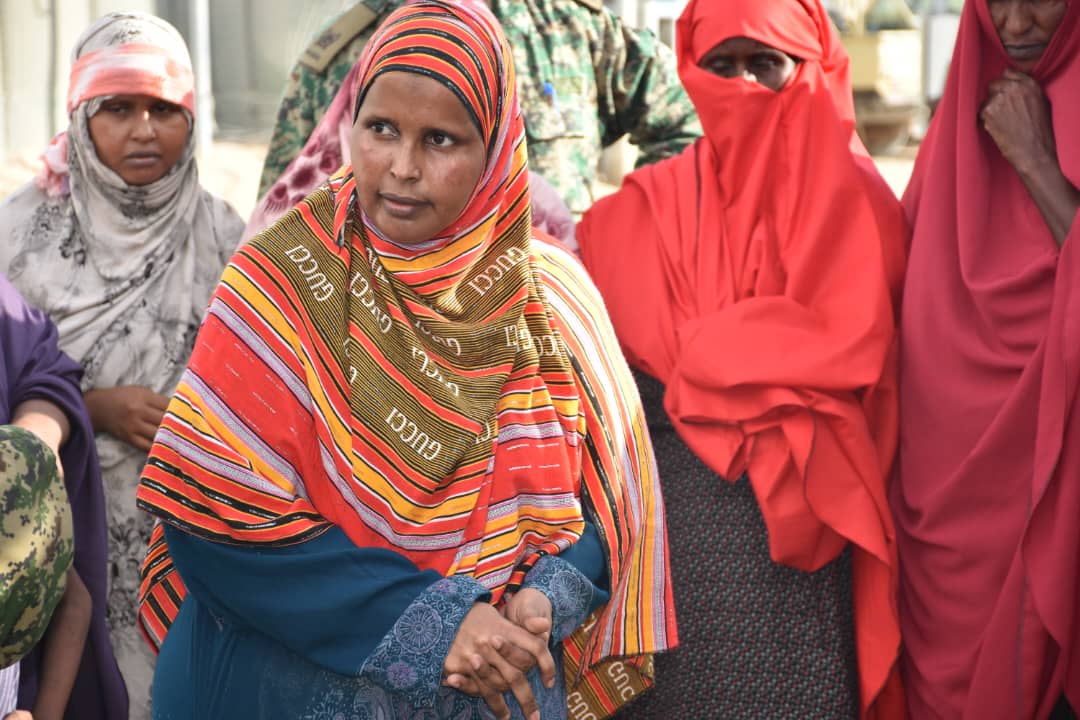 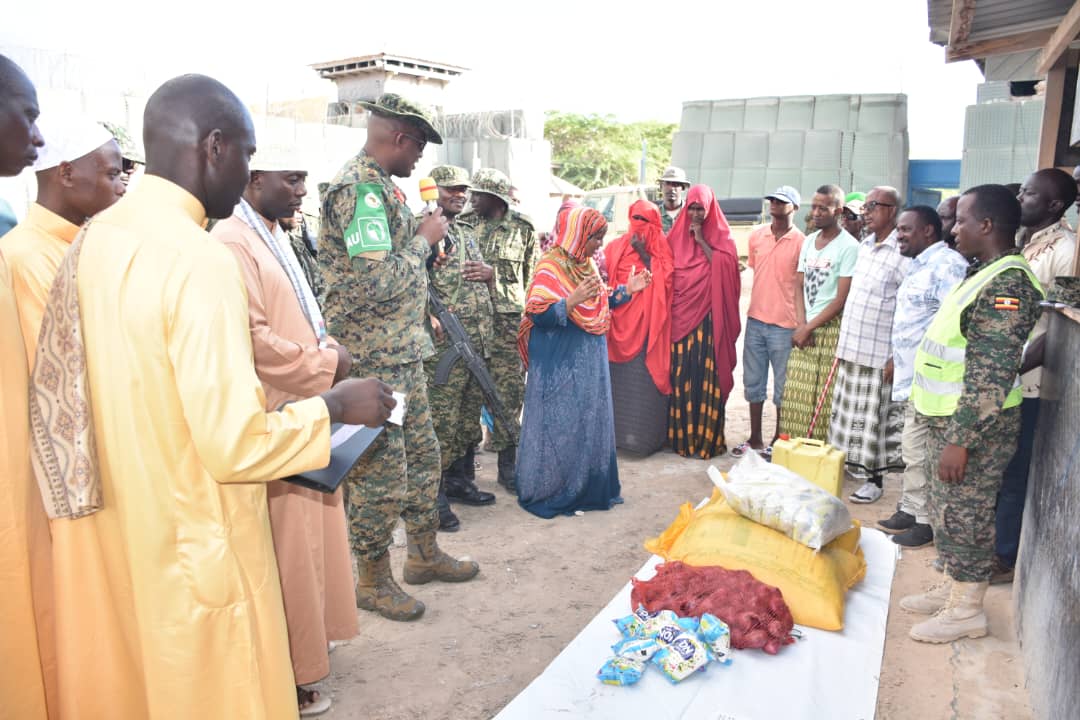 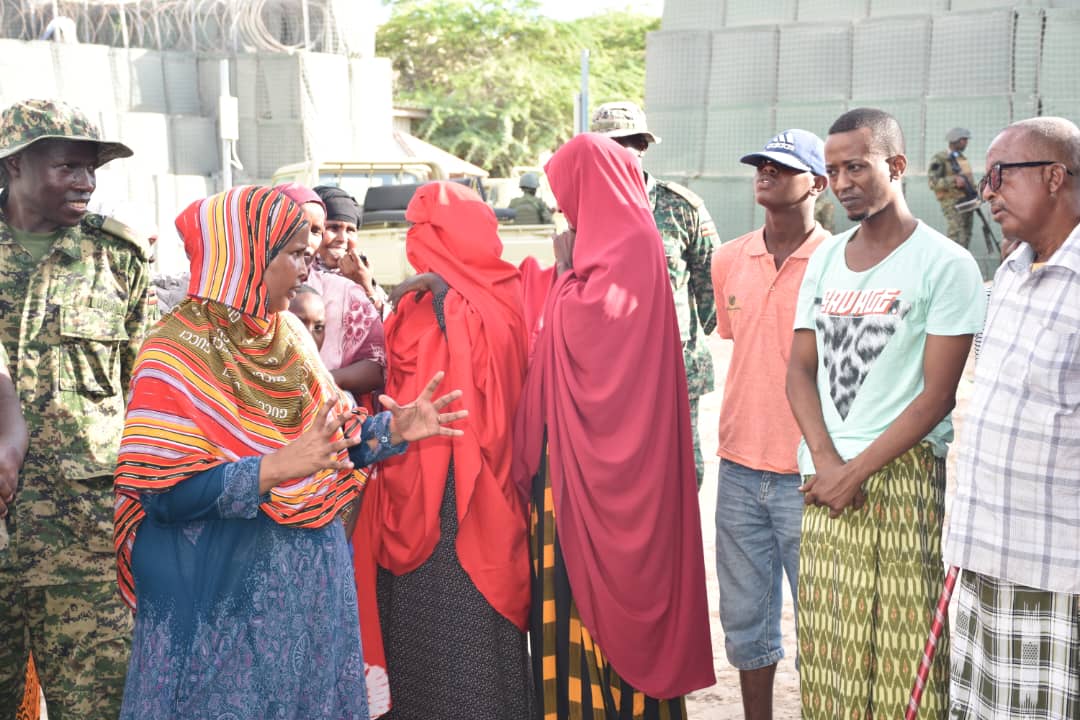 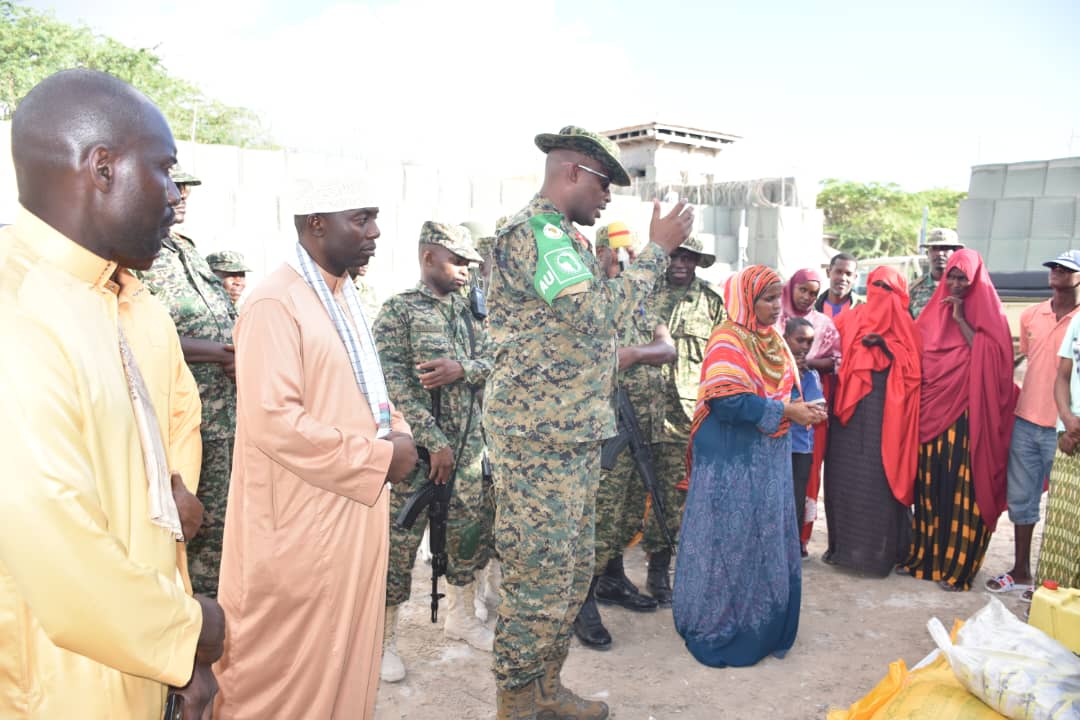 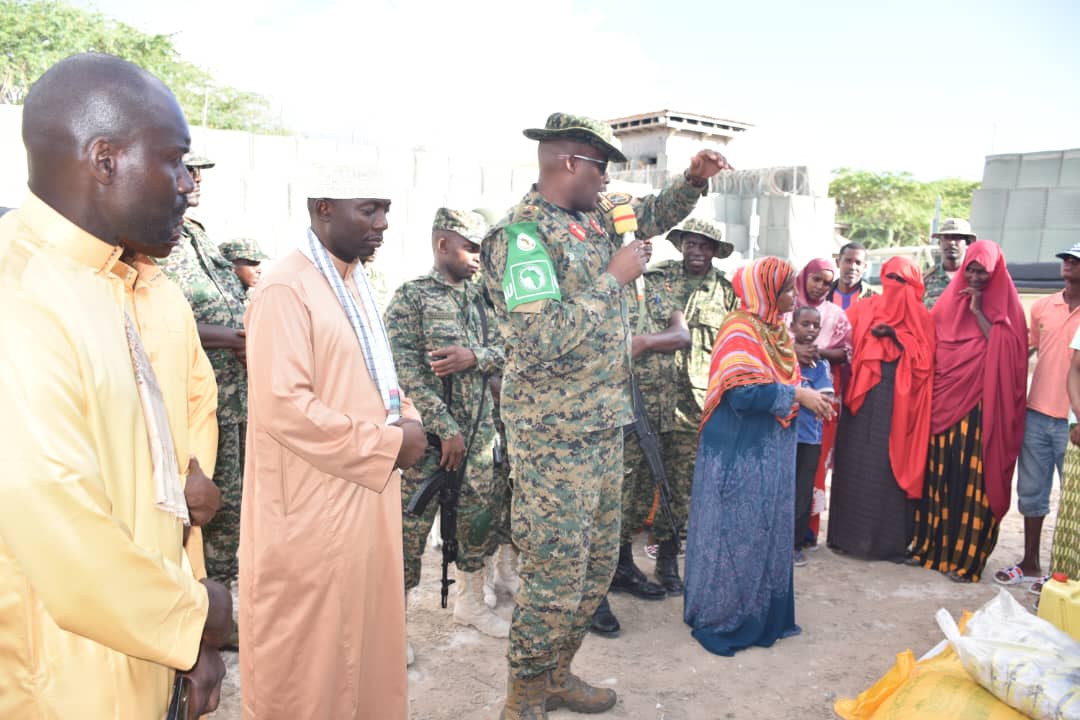 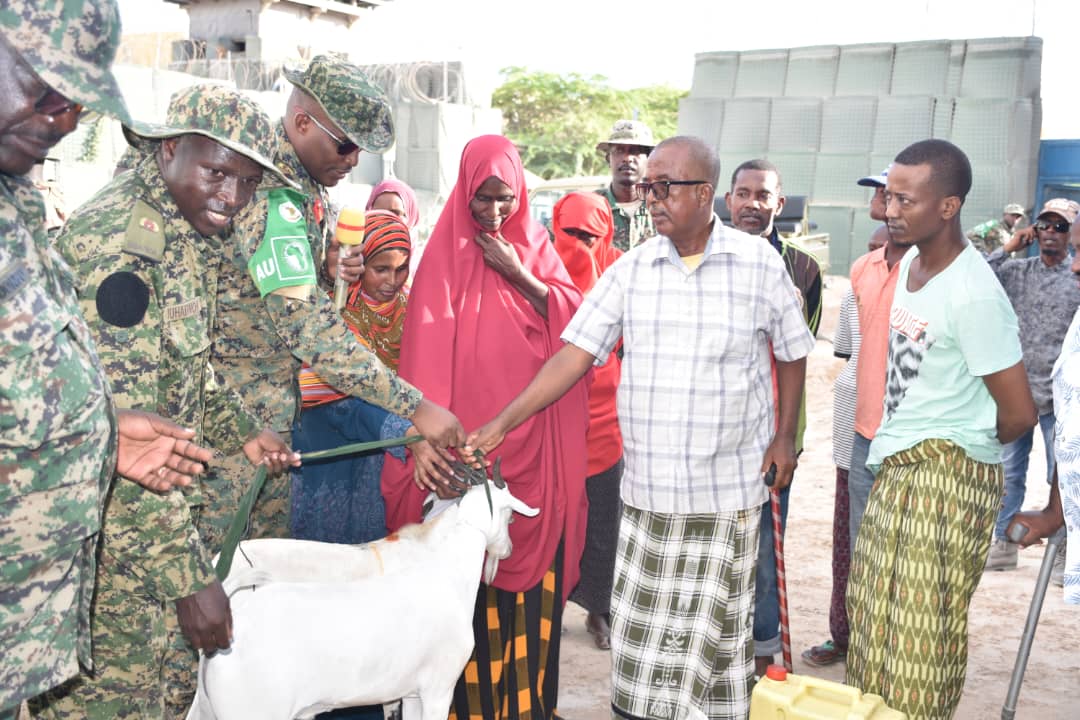 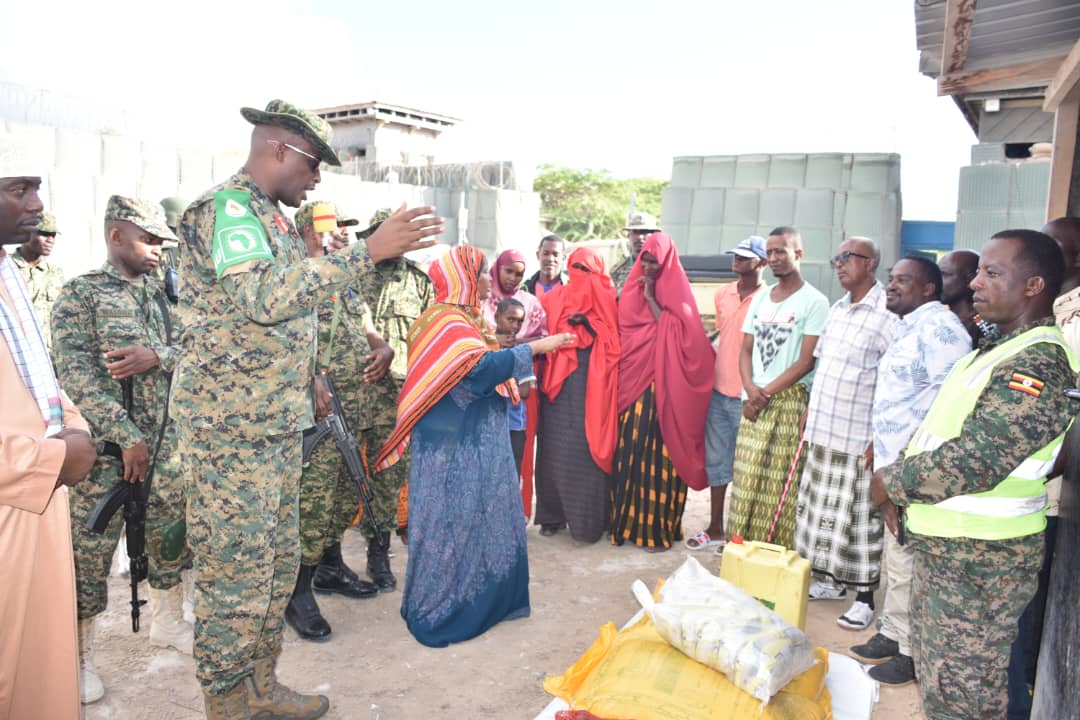 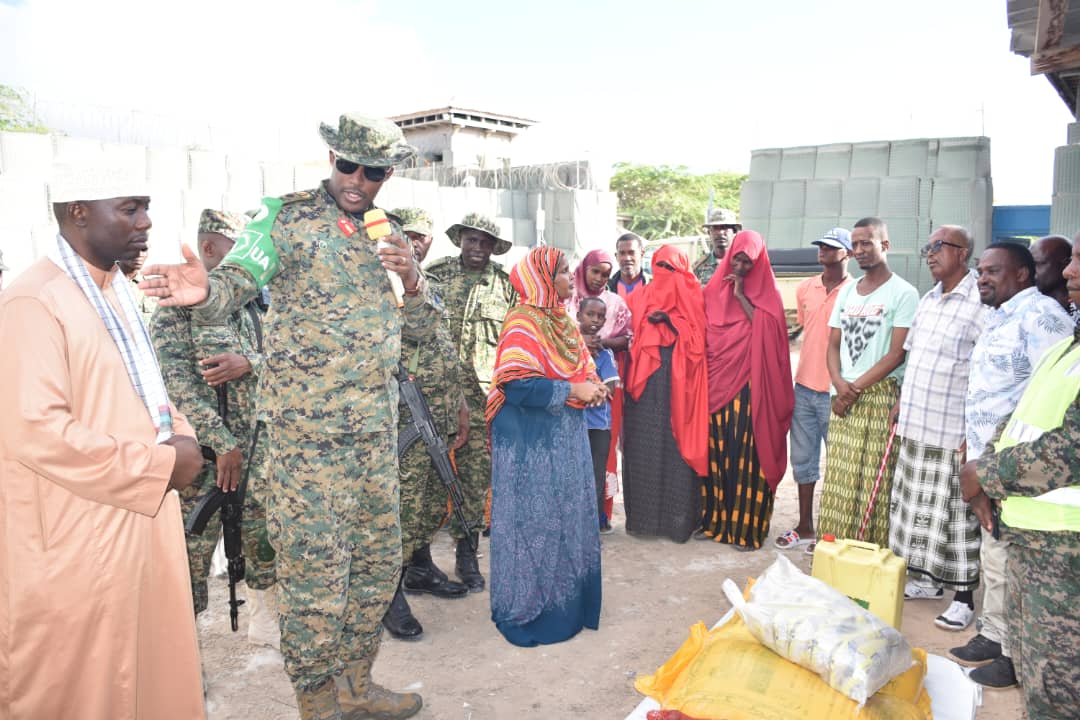 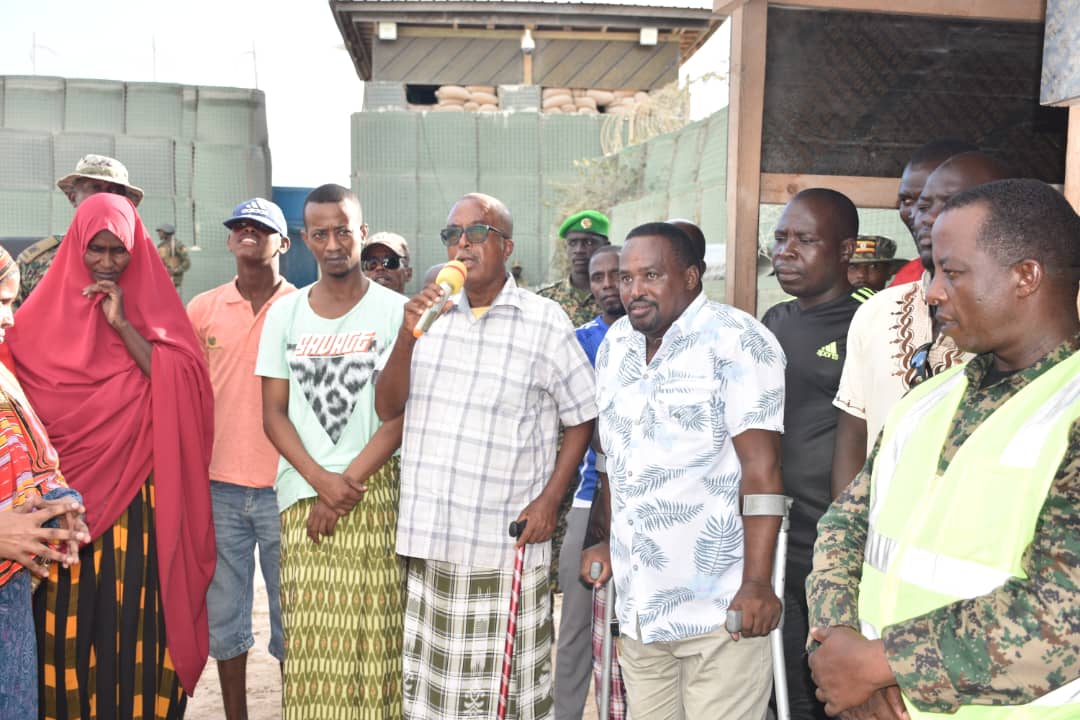 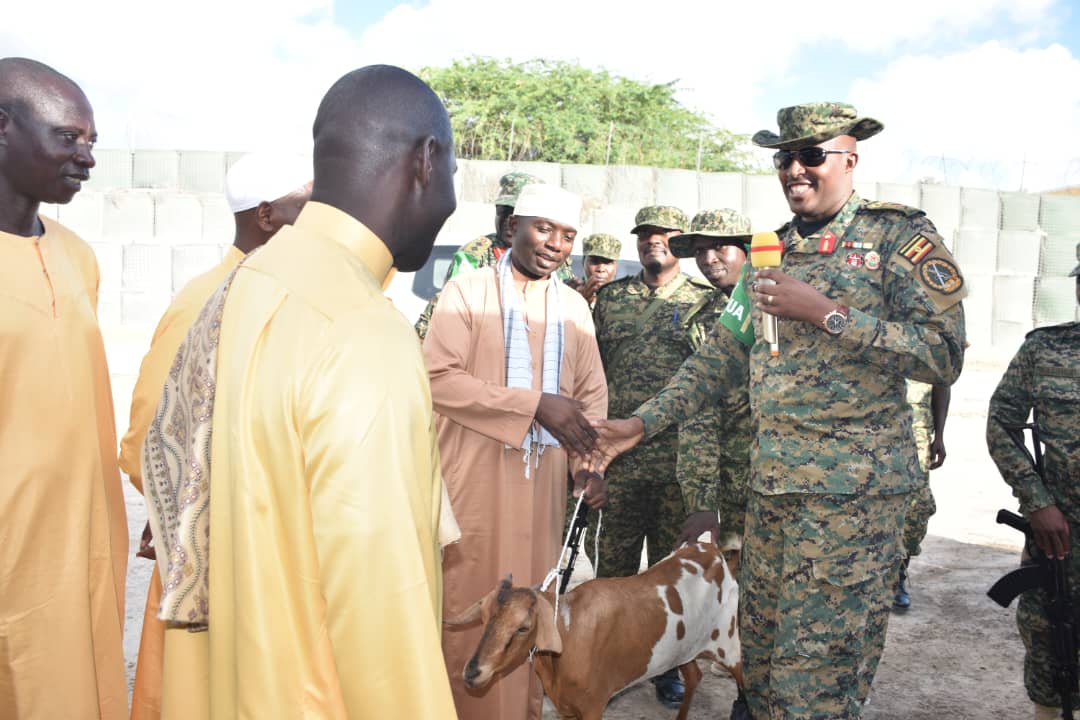 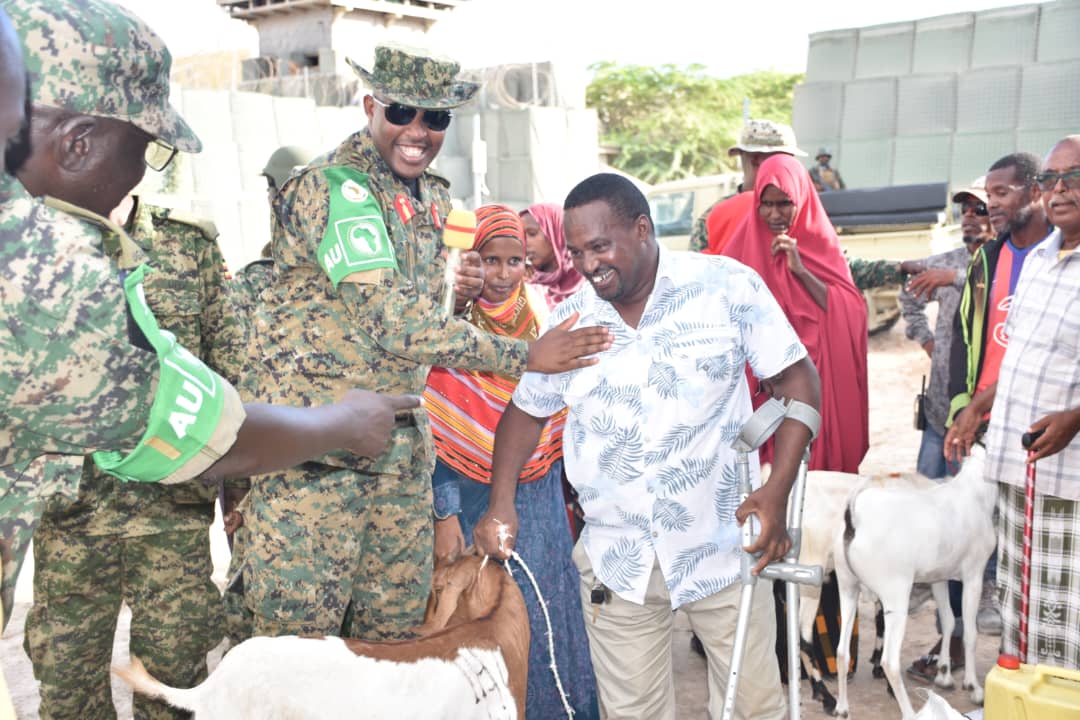 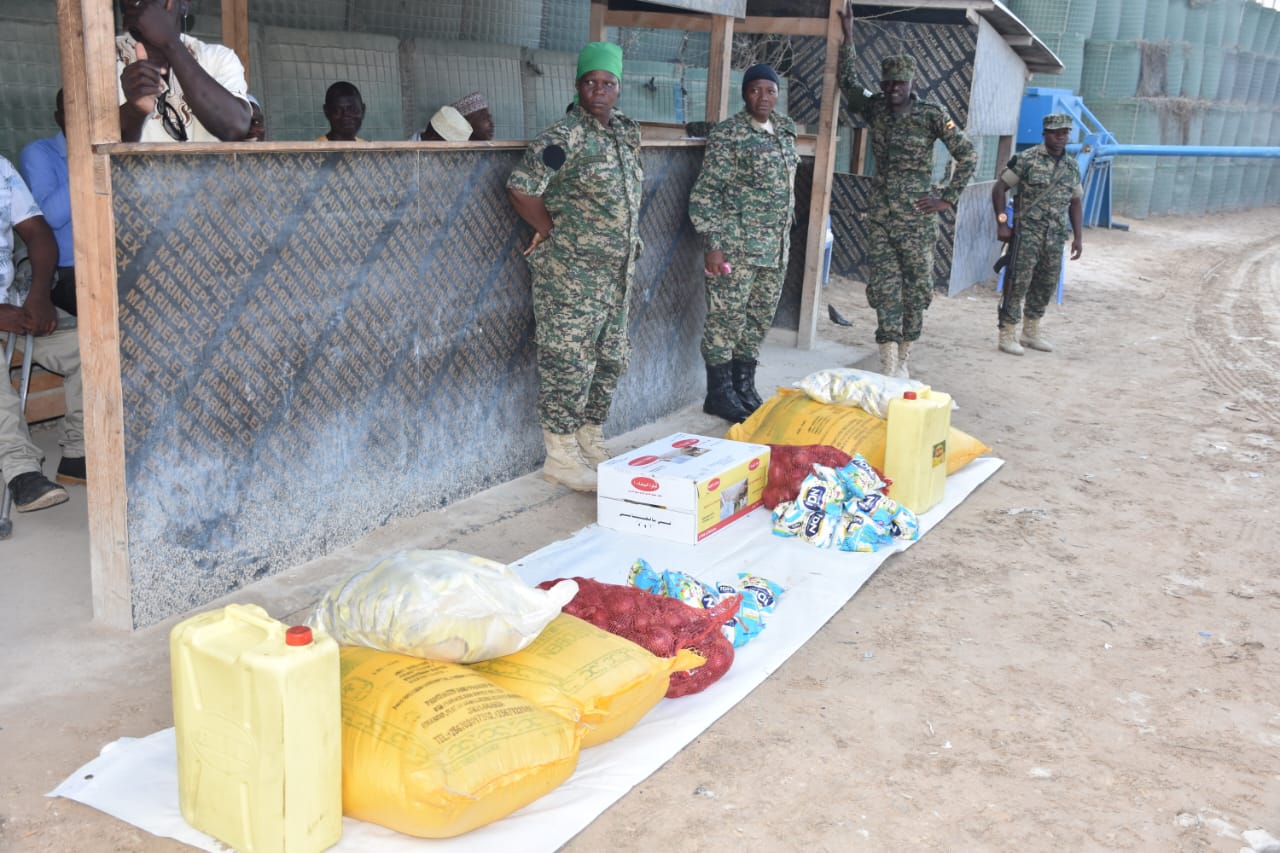 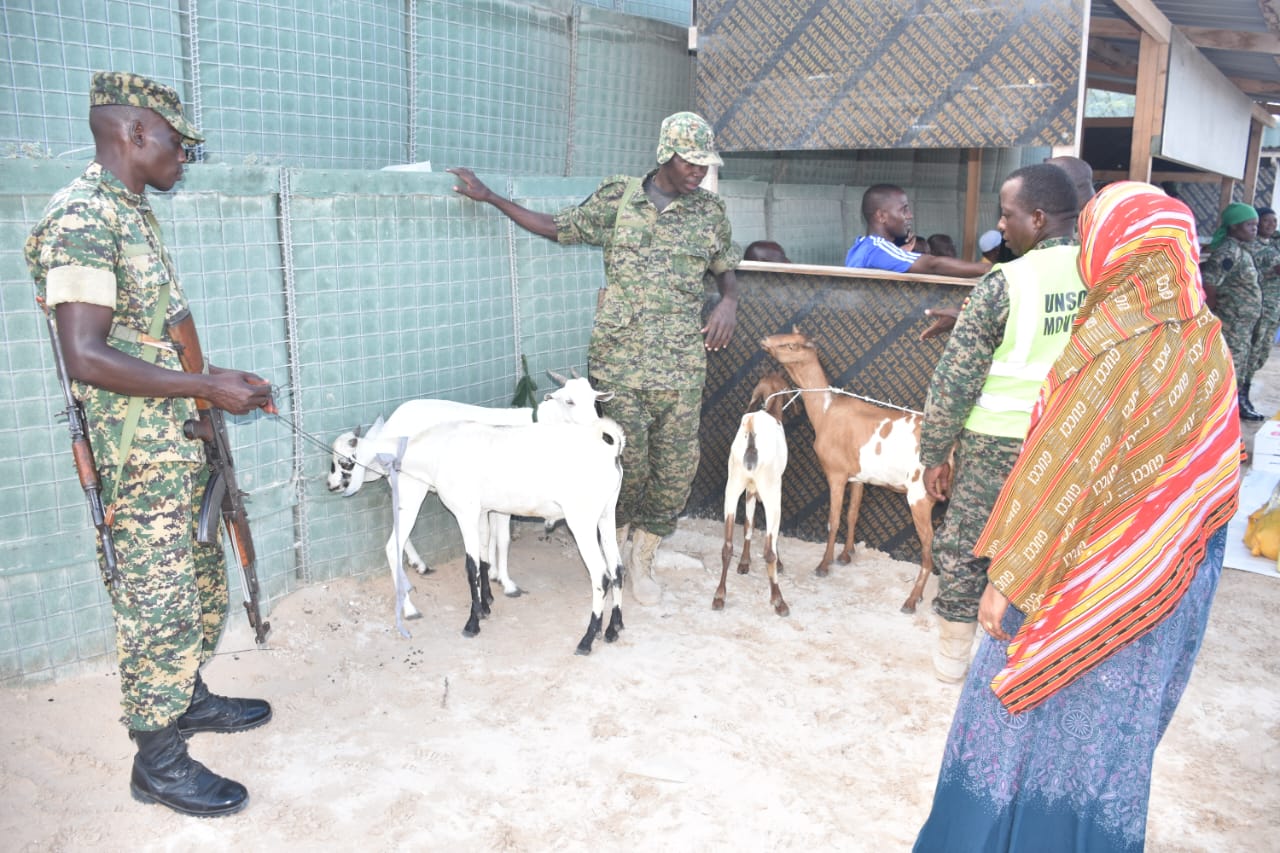 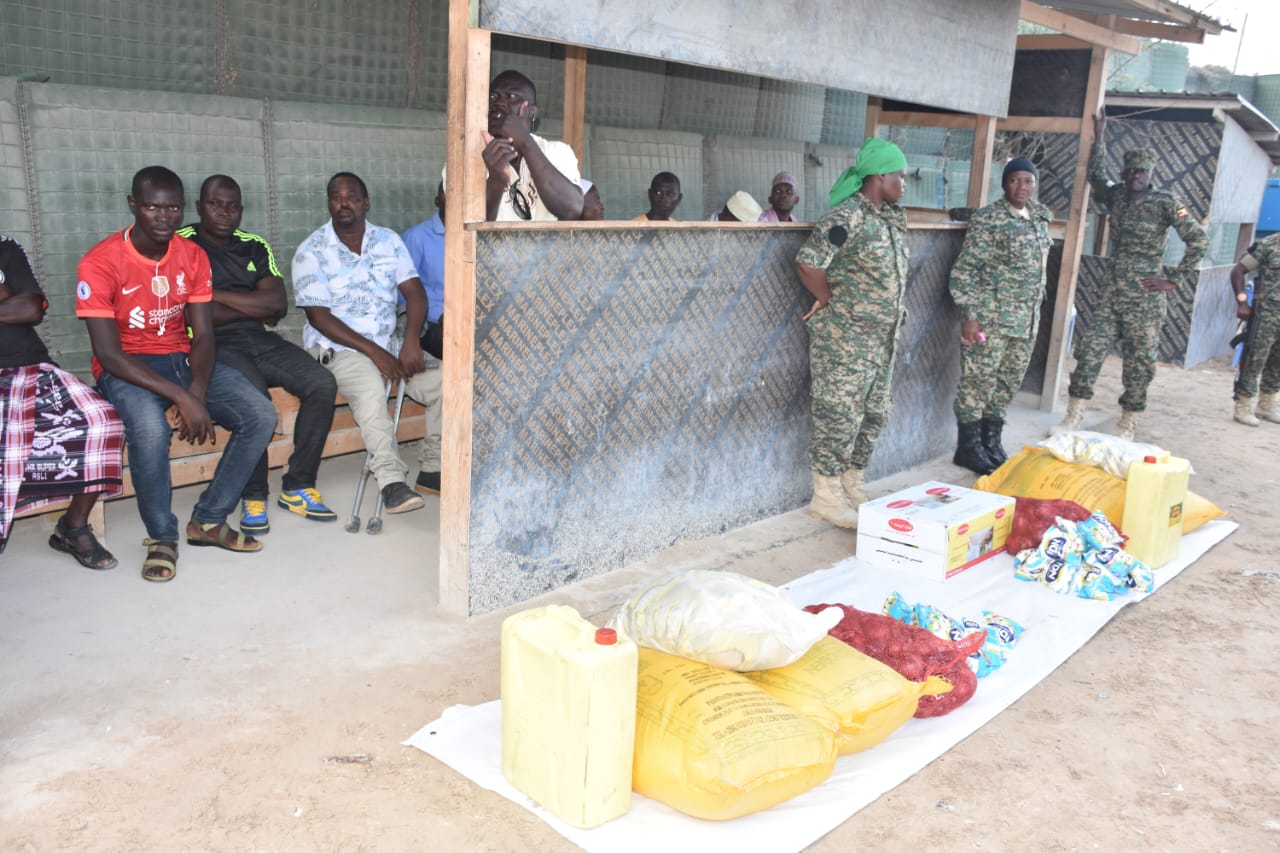 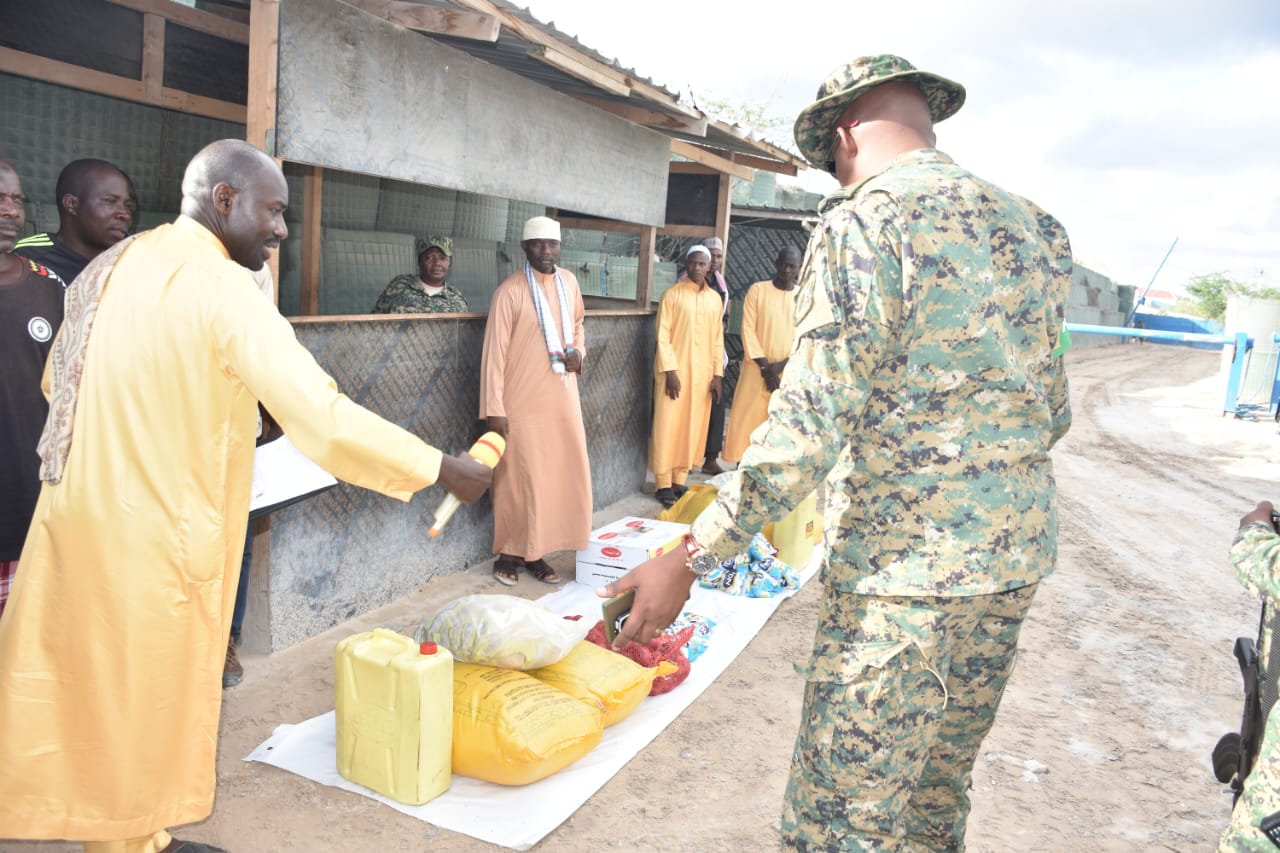 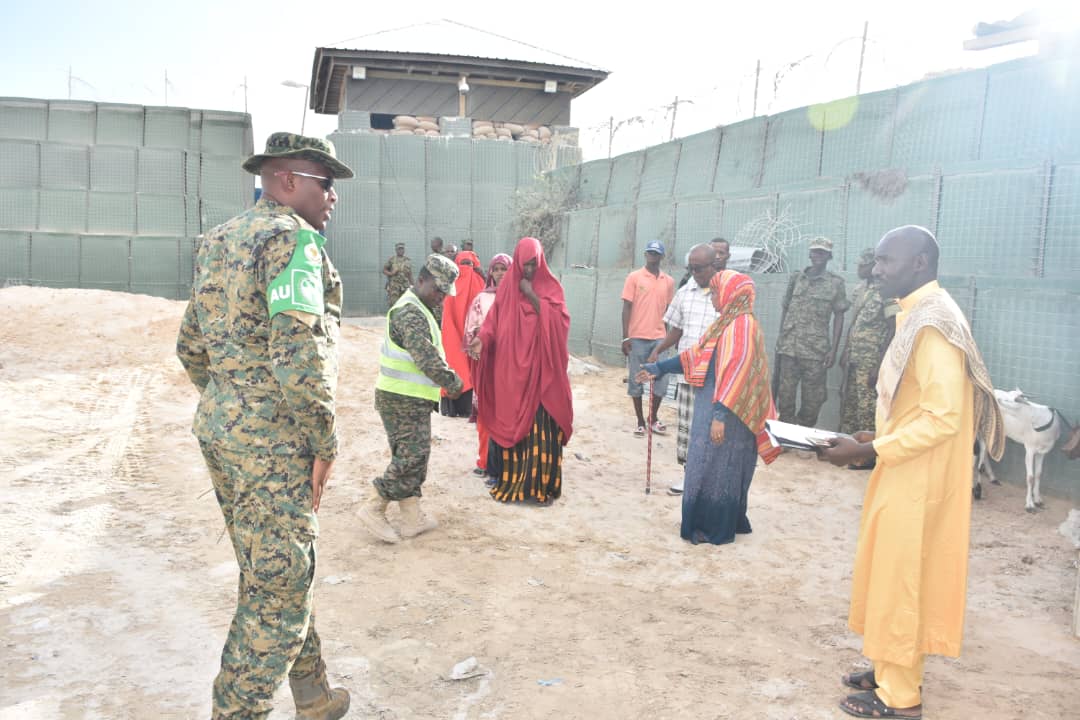 The presents given to ten needy families were in commemoration of the completion of the holy month of Ramadan that is marked world over by Muslims with Eid al-Fitr after 30 or 29 days of fasting by the Muslim faith.

While handing over the presents which included 200kgs of rice, 40 litres of cooking oil, four goats,20kgs of salt, 25kgs of powdered milk and 20kgs of onions, Brig Gen Katungi appreciated the good working relationship between his forces and the Somali community. He thanked them for loving and always welcoming the Uganda Peoples’ Defence Forces personnel.

“Thank you for loving us. This is what I can afford, I would have wished to give everyone around us, but please accept this little token,” Gen Katungi said as he handed over the presents to the eldest of the ten families in accordance to the Somali customs.

“Islam teaches us that charity does not decrease wealth, it rather grows it, purifies it, and increases individual blessings,” he said to the amused benefactors.” This is little, but it’s from the bottom of my heart,” he concluded as elders nodded in acceptance of the presents.

While accepting the gifts in presence of all the ten beneficiaries, Mzee Mohammad Omar thanked Brig Gen Keith Katungi for the good gesture and for always giving them priority as his neighbours. “We thank you for the Eid gifts. you say it’s little, but we see it as too much because you have given us with true love,” he emotionally said.

Similar presents were given to the Somali community working as support staff under UPDF’s Sector One and were received by Abdulal Gadel on behalf of the community.