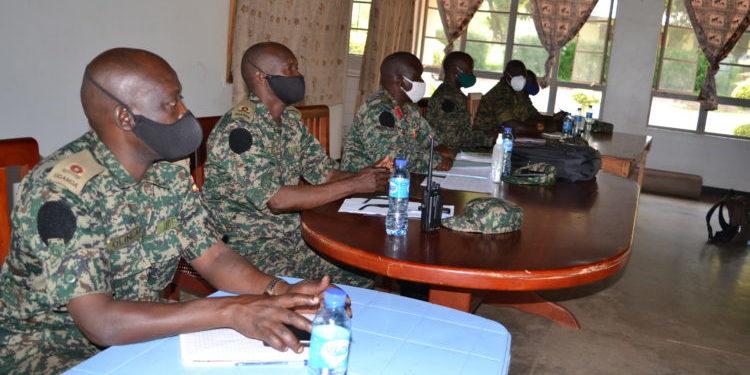 The 08 criminals were this morning arraigned before the 3 Infantry Division Court Martial sitting in Moroto and have promptly been charged for illegal possession of firearms.

1 was sentenced to 8 years imprisonment.

2 received 9 years while 05 received a penalty of 10 years imprisonment each. The accused are to be reprimanded at Soroti Government Prison.

The On-going disarmament exercise, “Usalama Kwa Wote”, meaning “Peace For All” since its inception in July 2021, has so far recovered over 91 guns, 929 Rounds of Ammunition, 188 criminals have been arrested and a good number of cattle recovered.