The Uganda Peoples’ Defence Forces (UPDF) 3 Infantry Division – based in Moroto district   has today joined hundreds of partners, sponsors and the general public to raise awareness about the treatment of brain disorders in vulnerable children by CURE Children’s Hospital. 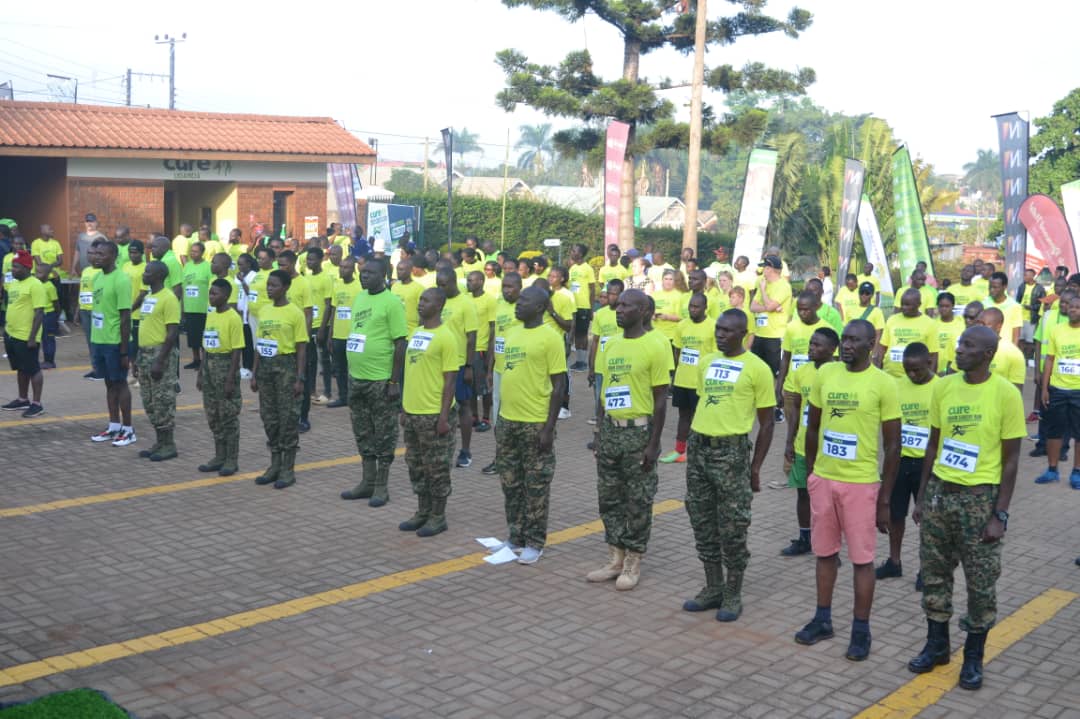 This has been witnessed by participating in the annual CURE Brain Surgery Charity Run and Walk in Mbale City.

Speaking during the function on behalf of the Chief Guest/ Runner and also Managing Director of Umeme Uganda (Ltd) Mr. Babungi Selestino, the company’s Head of Communications Mr. Peter Kaujju cautioned all well-wishers to donate generously towards the plight of vulnerable children. ” Its believed that when early interventions and treatment is made, the children have a great chance to live,” he said.

Umeme donated UGX 15,000,000 (fifteen million Shillings) towards this cause.

The 3 Division Infantry Commander Brig Gen Joseph Balikudembe, who patronized the UPDF team, reminded participants of UPDF being a pro – people army; and therefore, ready to associate with people in all activities aimed at improving on their wellness. “As a Peoples’ Army, we are delighted to participate in such an annual charity event to support children with abnormalities, ” Brig Gen Balikudembe remarked. 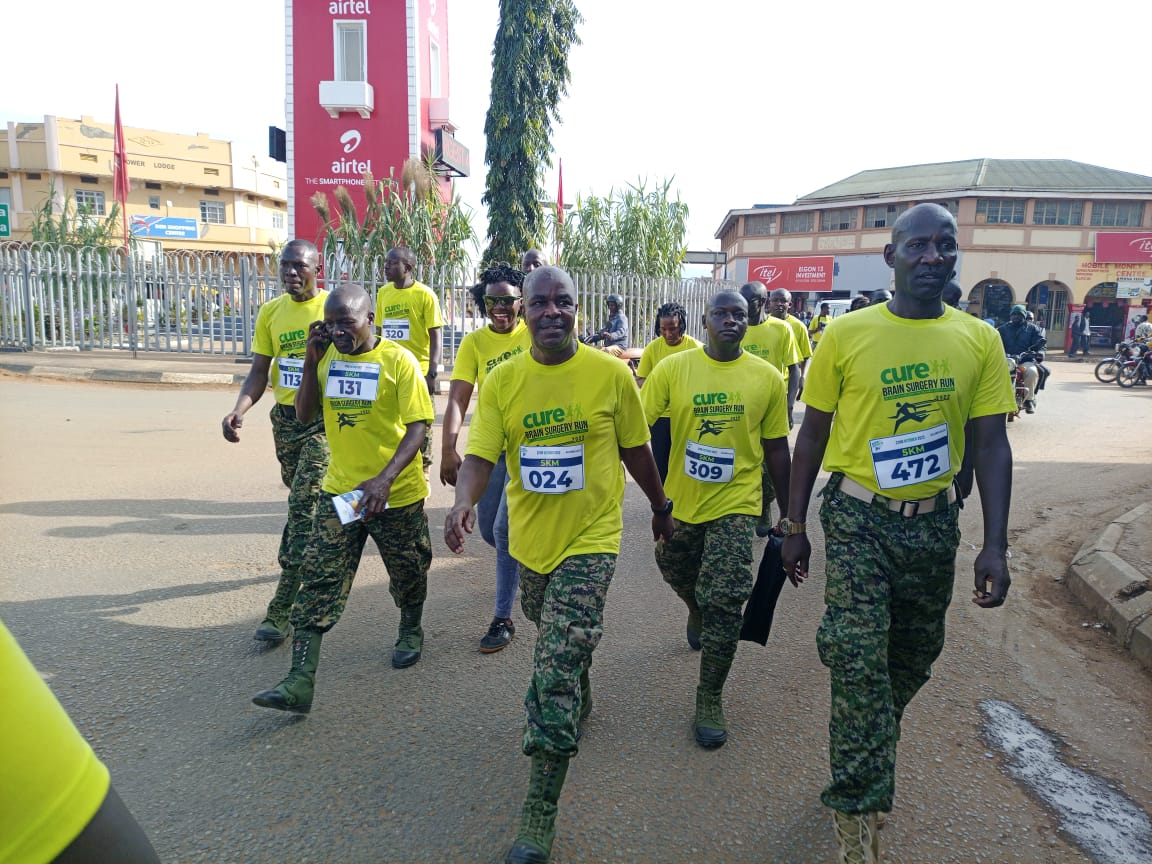 Brig Gen Joseph Balikudembe (Centre forward) with UPDF officers and other members participating in a 5Kilometres walk in Mbale city.

Speaking at the same function, the Executive Director for CURE Children’s Hospital Mr. Tim Erickson noted that the medical facility is rapidly growing with 1708 surgeries done so far this year. On average seven (7) surgeries are conducted weekly. “Let’s continue to work and contribute to make a difference in our communities as we put smiles on the face of vulnerable children to heal,” Mr. Erickson appealed to participants.

He also thanked partners and participants for the collaborative efforts and contributions towards the healing of the country’s vulnerable children.

Officially opened on 19th January in 2001 and commissioned by the President of the Republic of Uganda H.E Gen Yoweri Museveni, each year CURE Children’s Hospital provides life-saving brain surgeries for over 1,700 patients (an average of 140 per month) and treats more than 9,000 out patients with neurological conditions.

The Woman Member of Parliament for Mbale City, Hon Connie Galiwango was among other key senior leaders who graced the occasion.

Key persons, partners and organizations that contributed towards the success of the event were recognized. 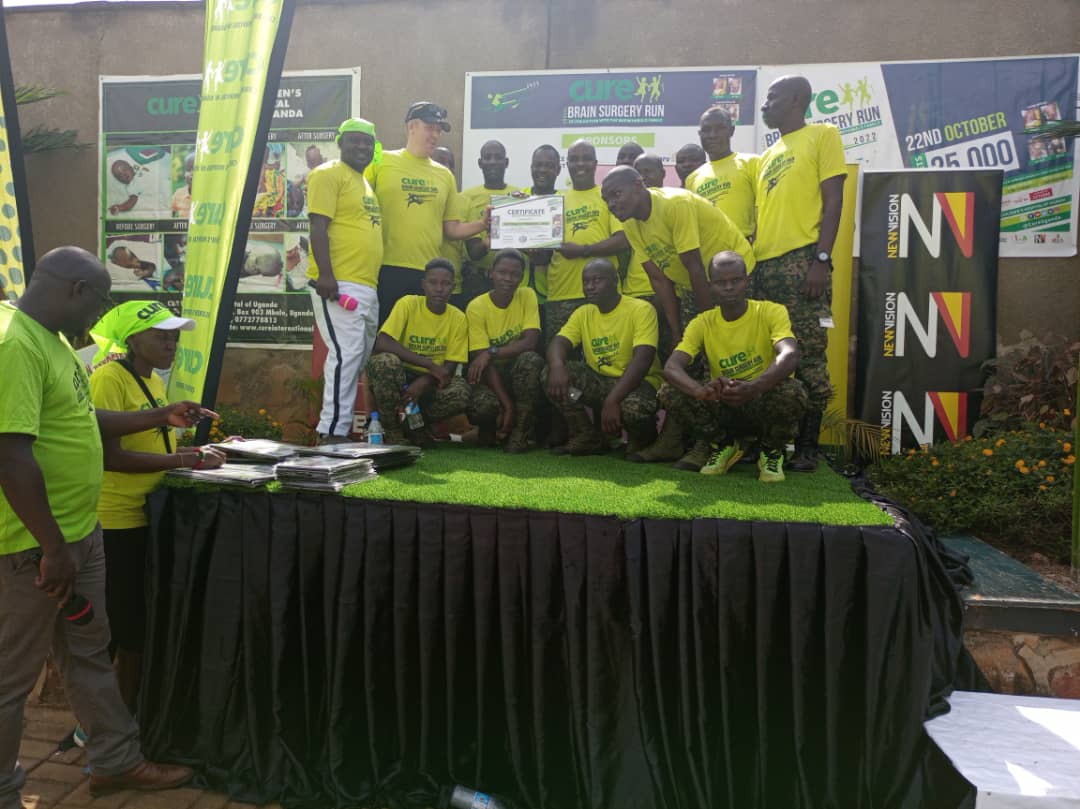 UPDF 3 Division being recognized and awarded with a certificate of participation for the annual CURE Brain Surgery event.

Participants were initially taken through aerobics before participating in either the 10KM run or 5KM walk.  Children’s physical exercises were also conducted.

The next and 7th Annual CURE Brain Surgery Run is slated for 21 October 2023. 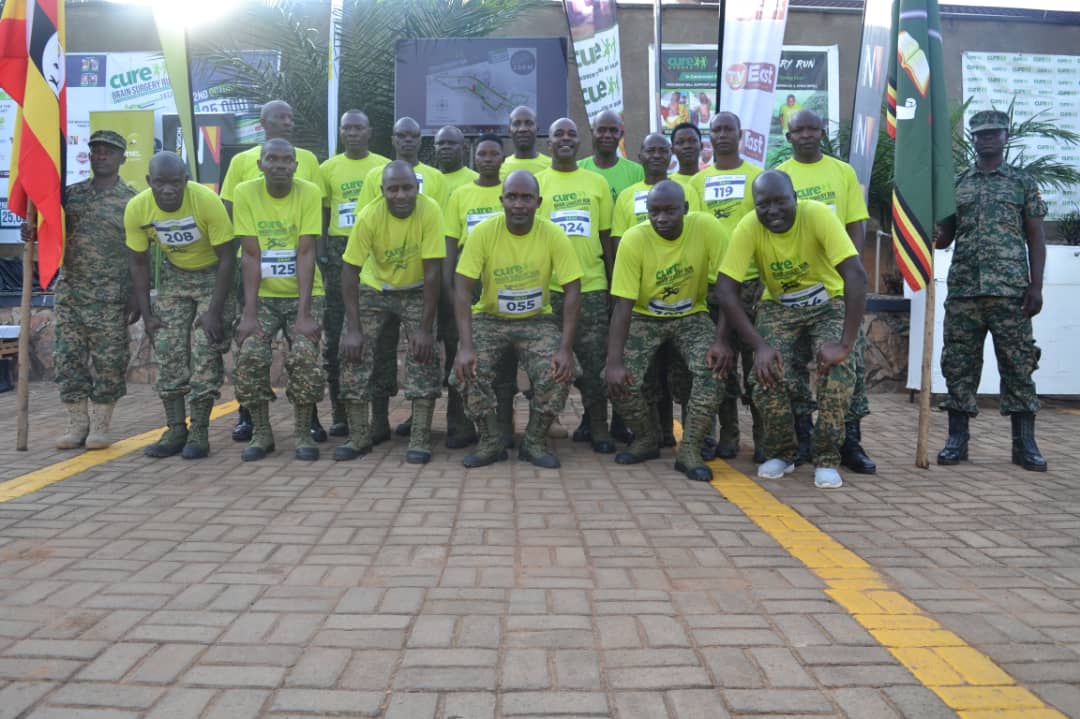