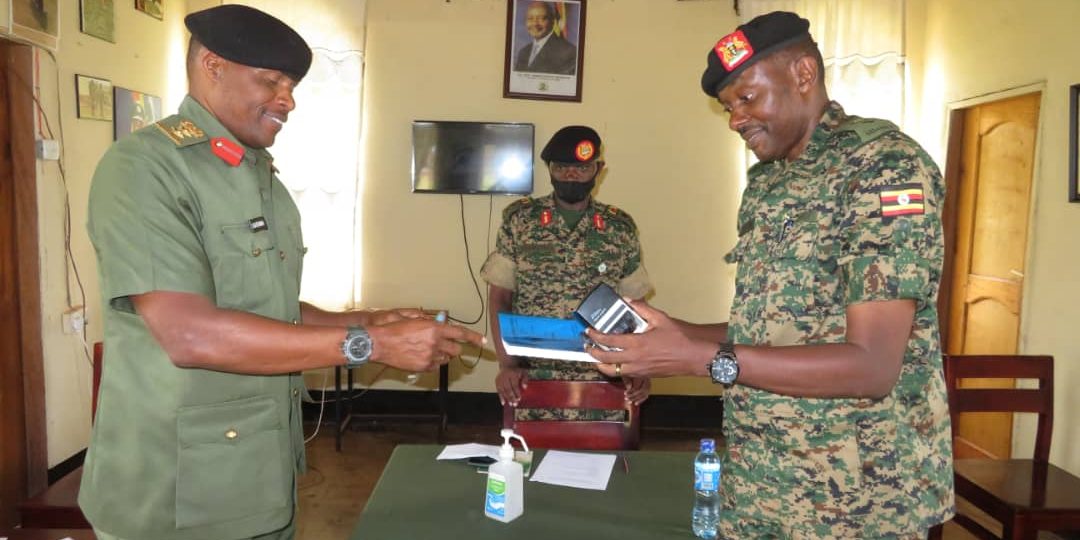 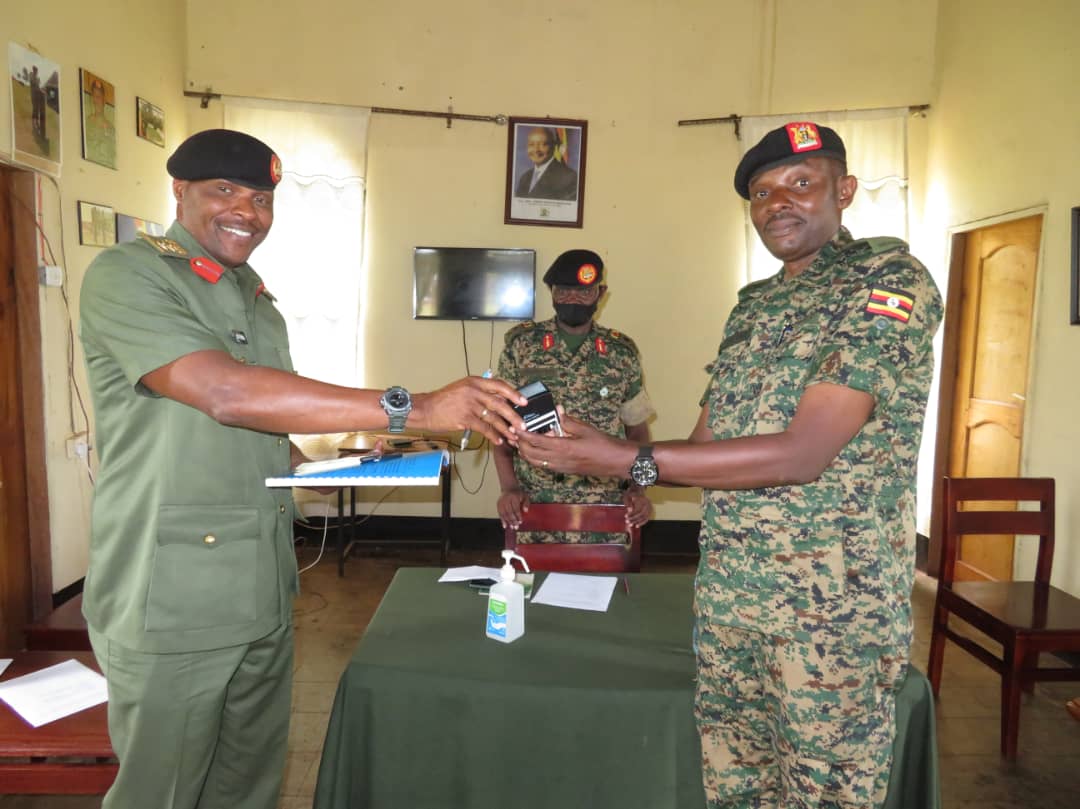 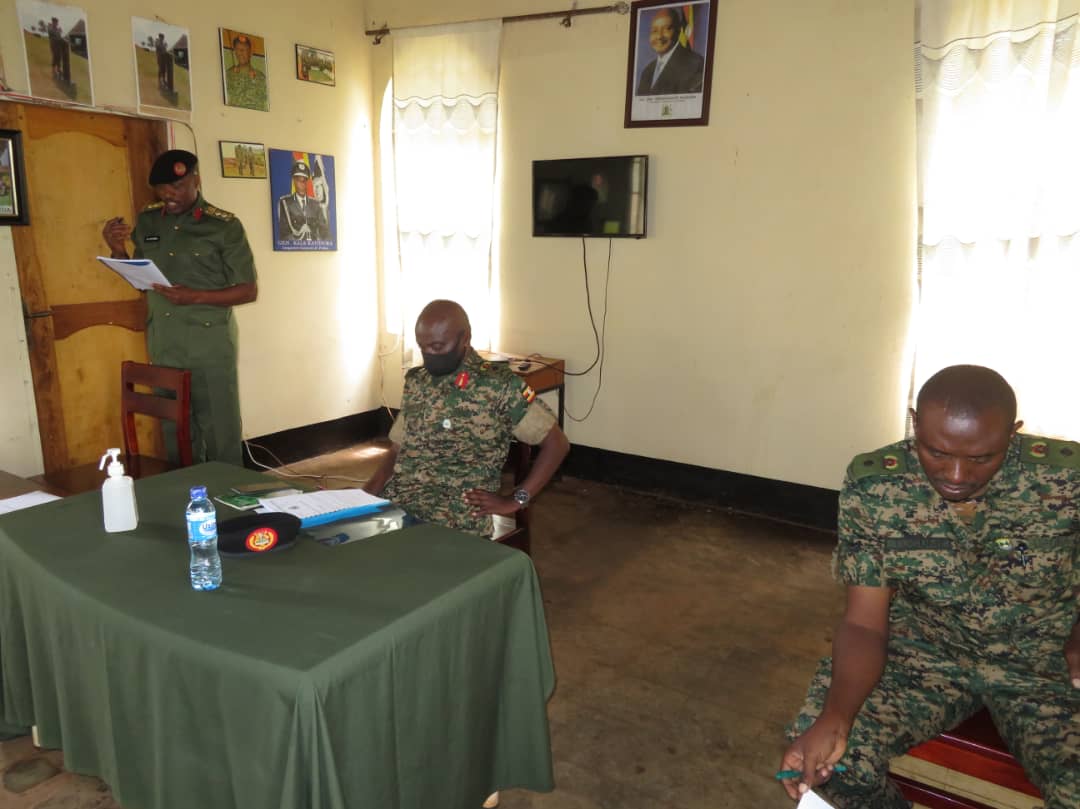 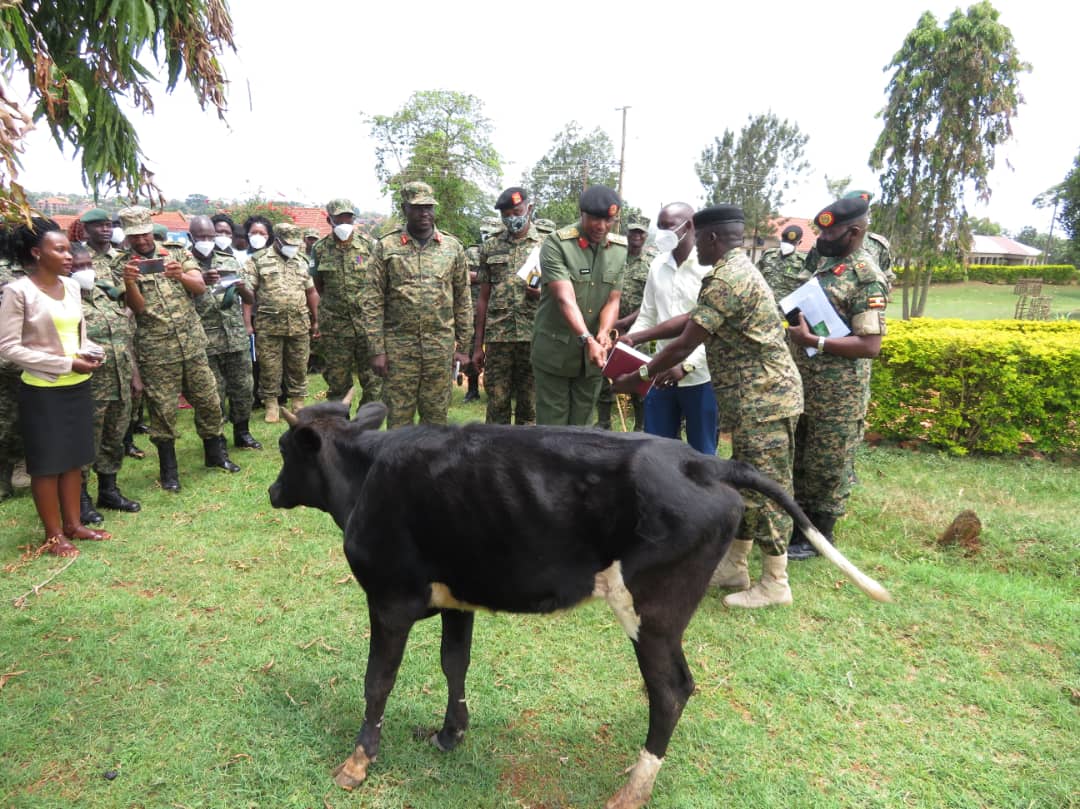 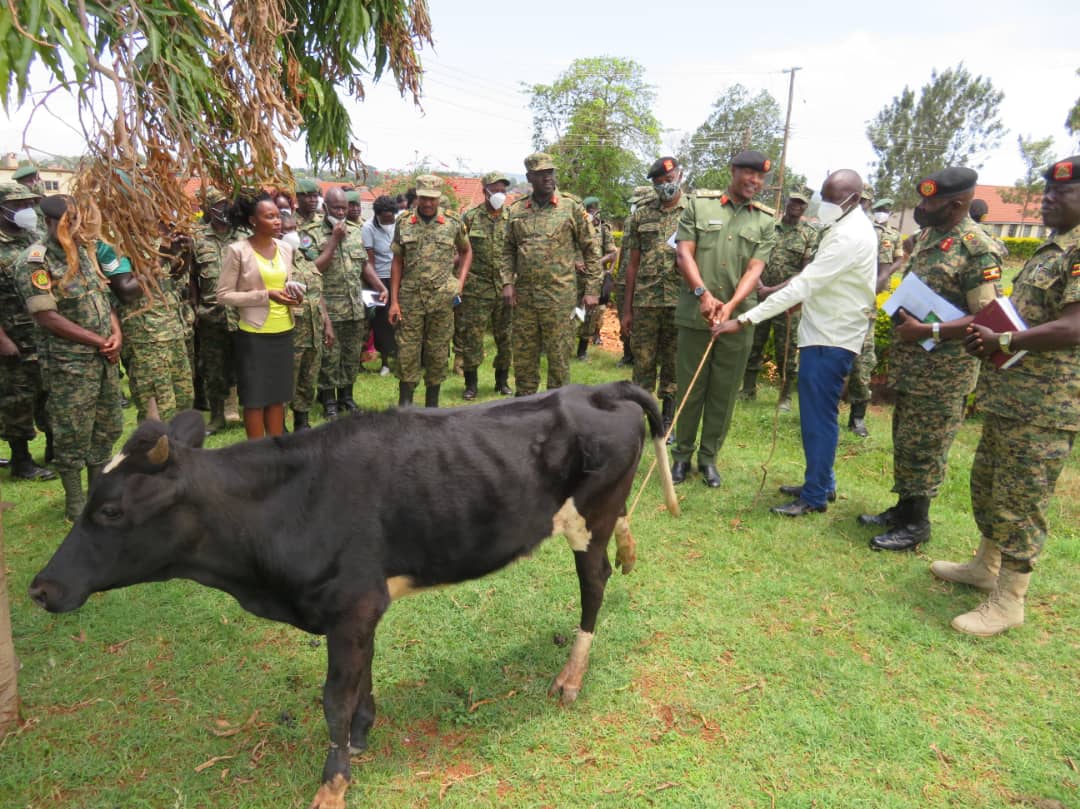 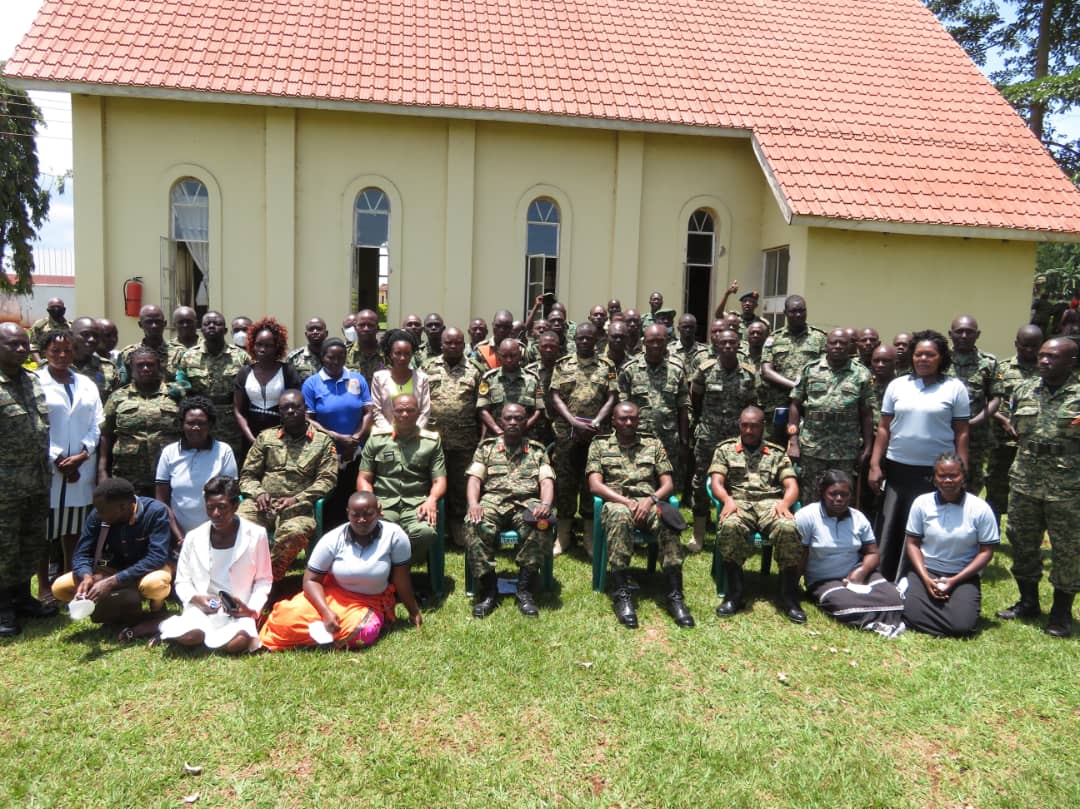 The function happened at Gaddafi barracks in Jinja district.

He urged the Incoming Commandant Lt Col Tugume to maintain the clear ideology of UPDF and further called upon all Officers and Militants to maintain discipline and teamwork as they excute their duties and responsibilities.

Col Saad Katemba remarked that his close consultation with sister training schools and teamwork made his service easier at the school.

He lauded the strategic leadership for the unwavering guidance and support throughout his time at the academy.

The Incoming Commandant Lt Col Tugume expressed his gratitude to the UPDF leadership for entrusting him with the new responsibility.

He thanked the outgoing Commandant for tirelessly serving the army, most especially in the field of building disciplined Non- Commissioned Officers.
He promised to cooperate with all sister training schools in furtherance of UPDFs professionalization agenda.

Both Staff and support staff recognized the contribution of the outgoing Commandant in securing the country and thus awarded him gifts at the function.