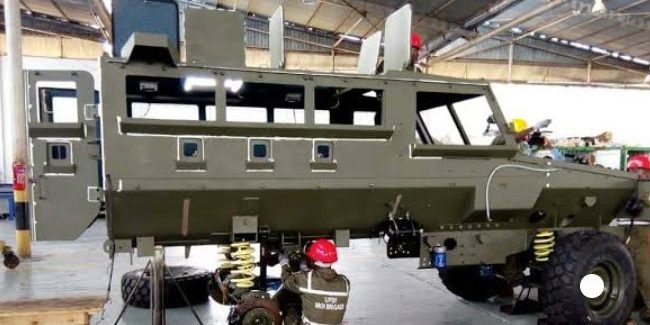 “It is your responsibility to identify gaps and look for remedies as guided by UPDF ideological clarity.” Col Ntambirwe said this while presiding over the handover of the office of Director Civil Military Cooperation Land Force in Bombo today.

Col Ntambirwe, reminded members present at the that since UPDF as a big institution comprising officers and militants of different characters, chances are that some of its personnel are bound to make mistakes detrimental to public image.

However, UPDF for a long time has built a positive image with the masses which the service personnel need to guard jealously. “The peoples’ army and mission of Ministry of Defence are to build on a strong, accountable force based on a strong Civil Military Cooperation. It is you as Land Force Director Civil Military Cooperation to ensure all the forces adhere to and carry on the ideological concept of the mighty UPDF”, Col Ntambirwe added.

One of the roles of civil military cooperation is to establish and maintain good relationship between UPDF, the Civil authorities and the population through liaison, information management and community support. It is against this back ground that director civil military cooperation identifies issues affecting the population, addresses them in order to win the hearts and minds and gain acceptance with the public.

The hand and take over ceremony was attended by all Directors Land Forces and Heads of Department. Maj John Byarugaba took over from Lt Col Christine Situma Nekesa as Director Civil Military Cooperation of the Land Force.

Lt Col Nekesa is headed for foreign mission deployment. Col Ntambirwe applauded the outgoing Senior officer for exemplary performance during her tour of duty as Director and urged her to carry on with professionalism in her next tour of duty, and maintain a good image of the country abroad.