Gen Muhoozi Kainerugaba has today handed over the office of the UPDF Commander Land Forces to Lt Gen Kayanja Muhanga. 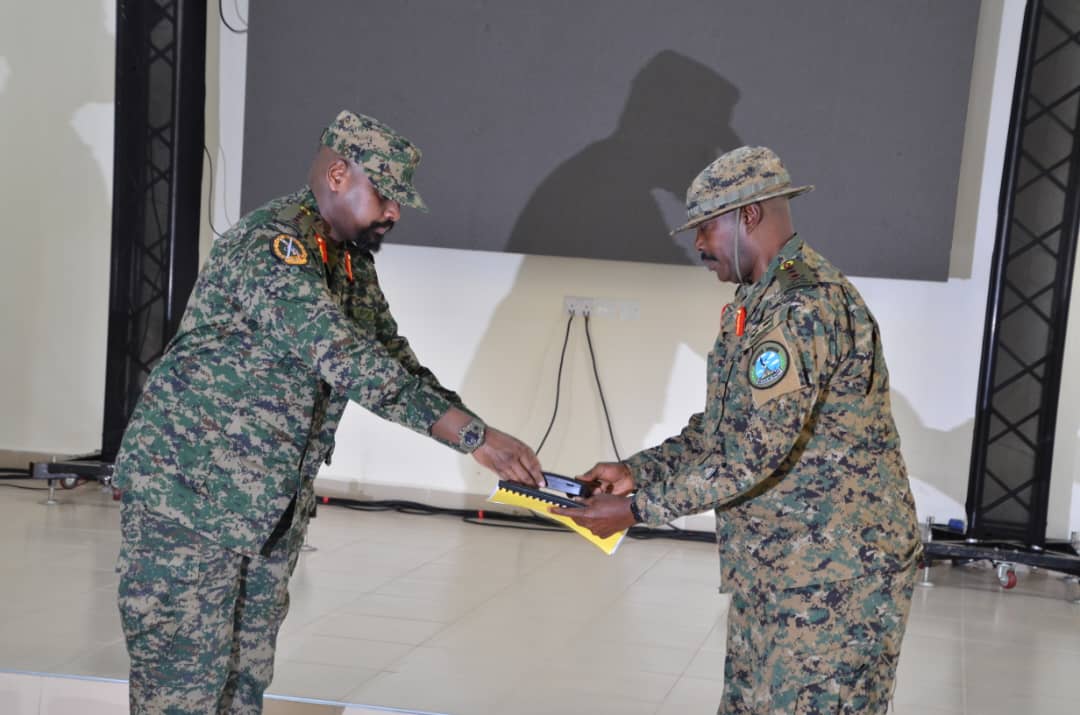 Speaking at the hand/take over function at the Land Forces General headquarters in Bombo, the Chief National Coordinator Operations Wealth Creation Gen Caleb Akandwanabo   congratulated both Generals upon their new ranks and commended them for stabilising the country and region. 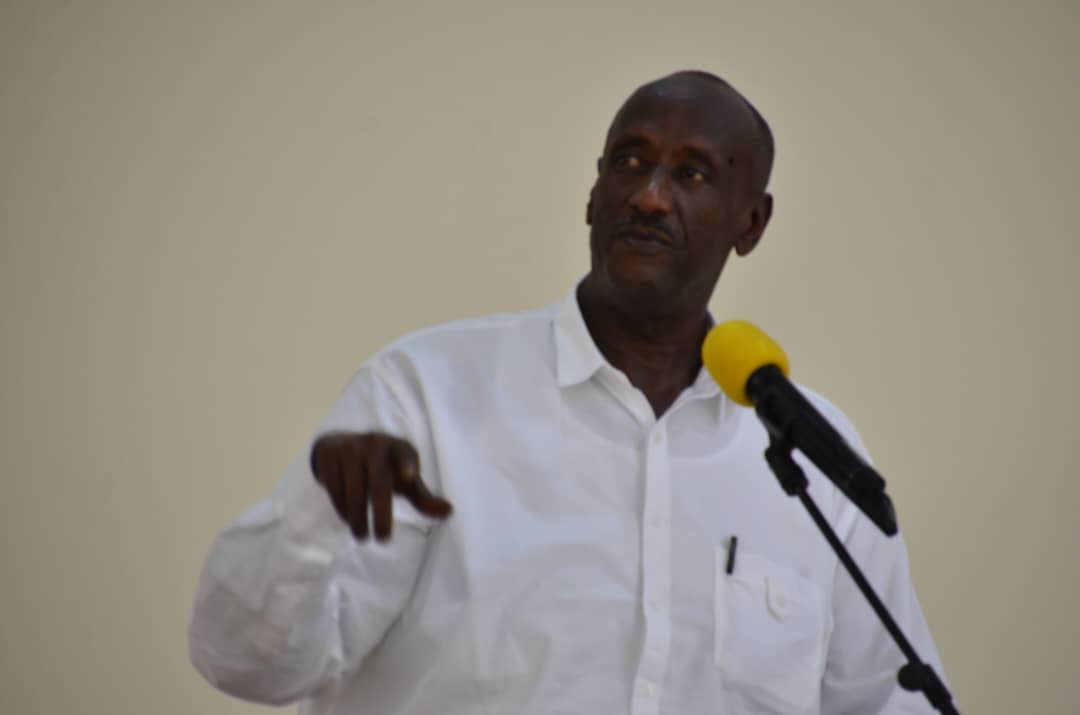 Gen Akandwanabo lauded Gen Muhoozi Kainerugaba for his earlier good conduct when serving in different capacities that also transformed the Special Forces Command to what it is today, among others. 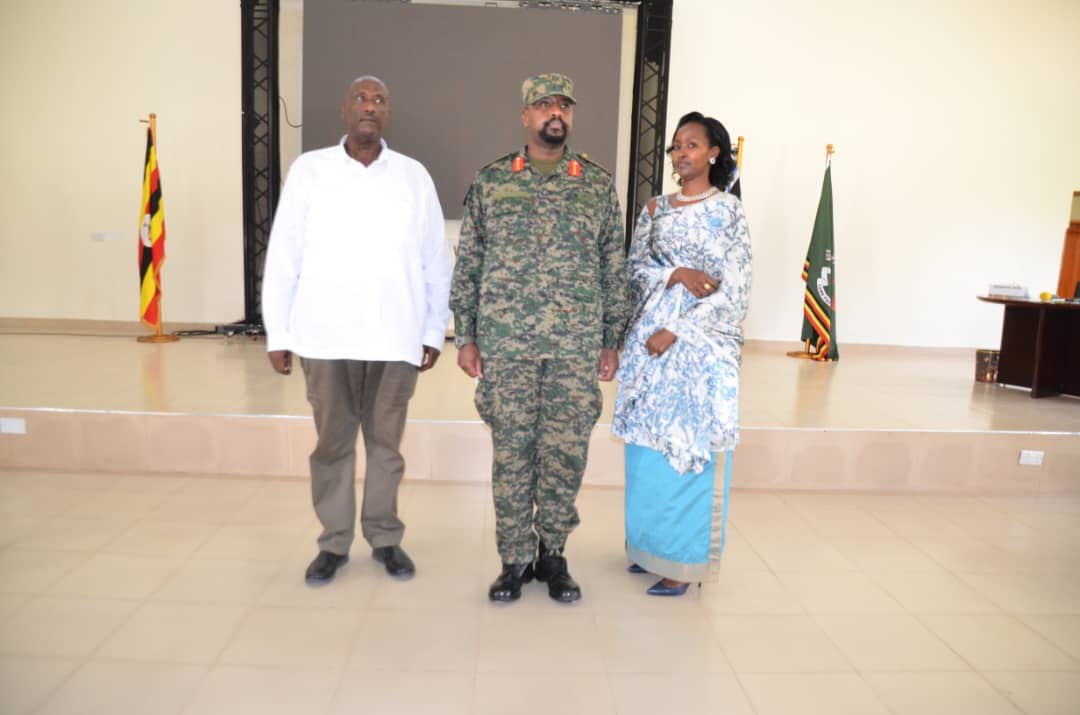 He applauded Lt Gen Kayanja Muhanga for his latest contribution towards the neutralization of the Allied Democratic Forces (ADF) terrorists from Eastern Democratic Republic of Congo under the joint security operation between UPDF and the Congolese army FARDC, code named ‘Operation Shujaa’. 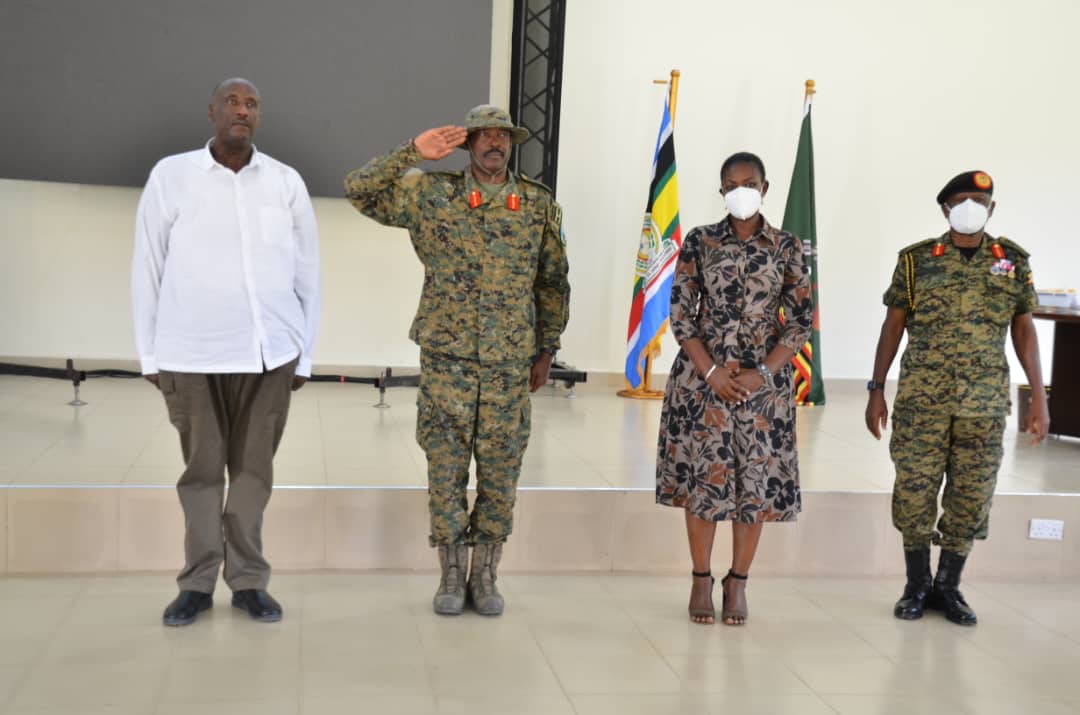 He wished both Generals good luck during their new tour of duties and urged them to maintain discipline.

Speaking at the same function, the Chief of Defence Forces Gen Wilson Mbadi congratulated both Generals upon their new appointments.

Gen Mbadi noted that promotions mean extra responsibility. He further urged both Generals to uphold the UPDF ideology for the sustainability of peace and security.

He called upon all staff at the Land Forces to cooperate with their new commander. 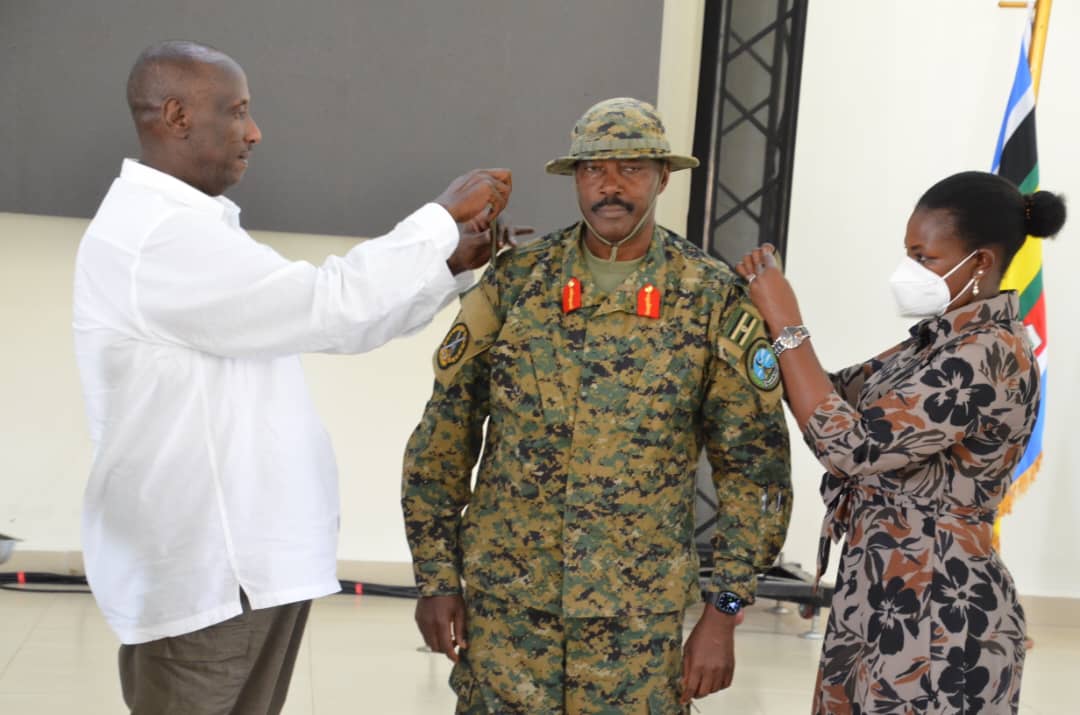 At the same function, both Generals were also pipped and decorated. 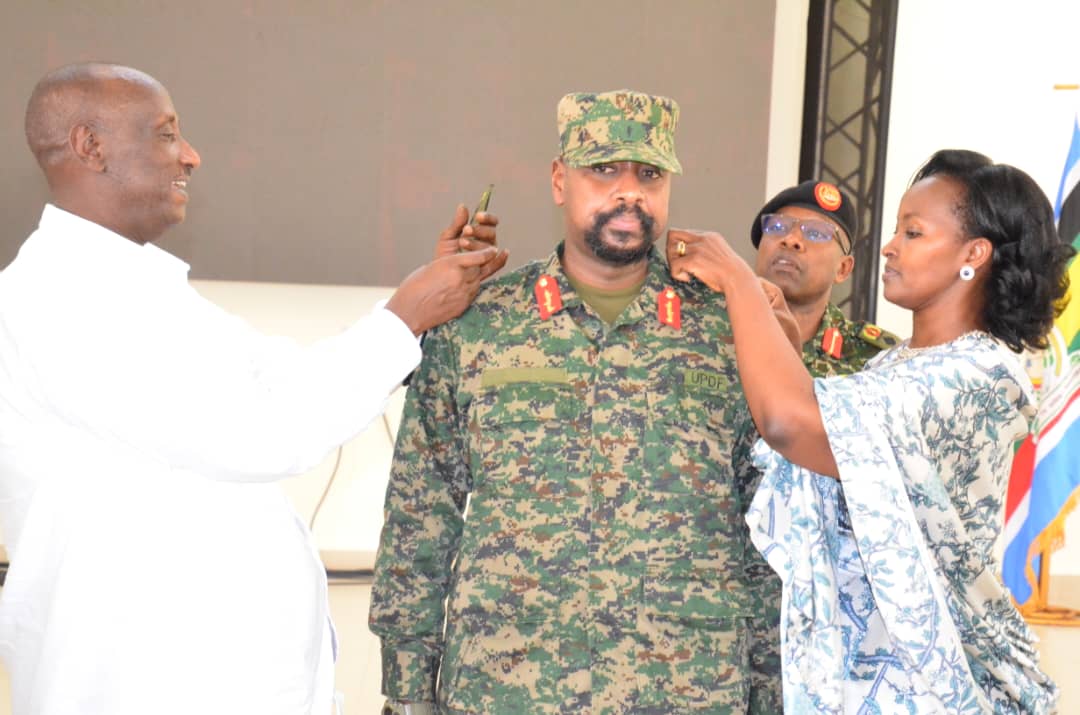 Gen Muhoozi Kainerugaba is the Special Presidential Advisor in Charge of Special Operations. 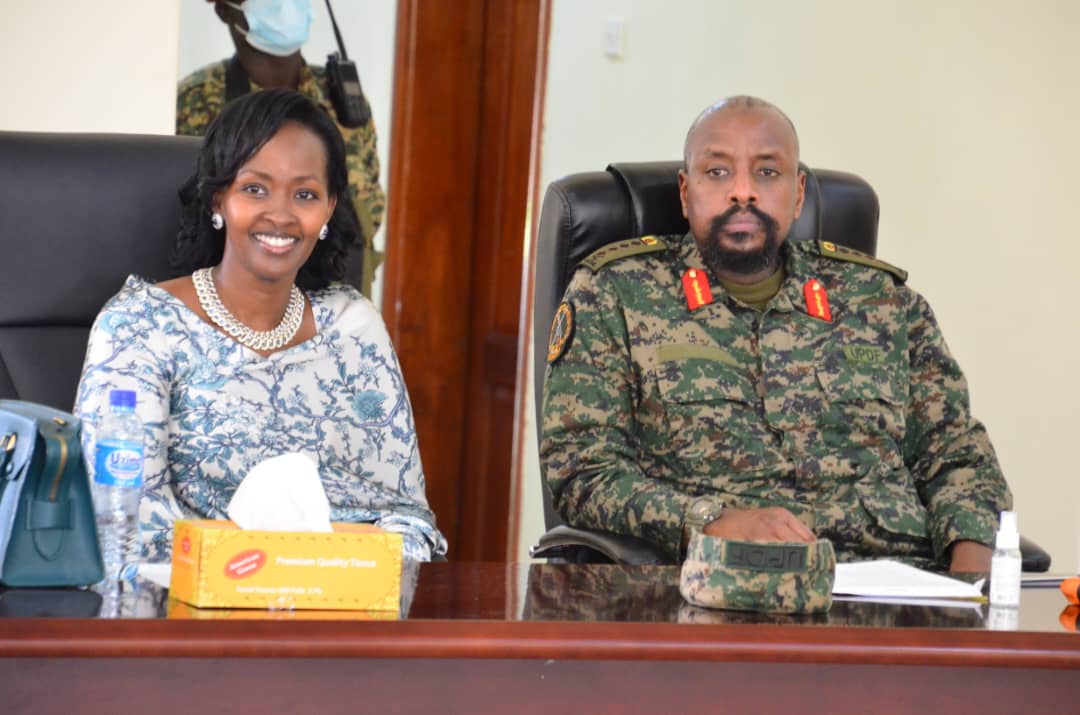 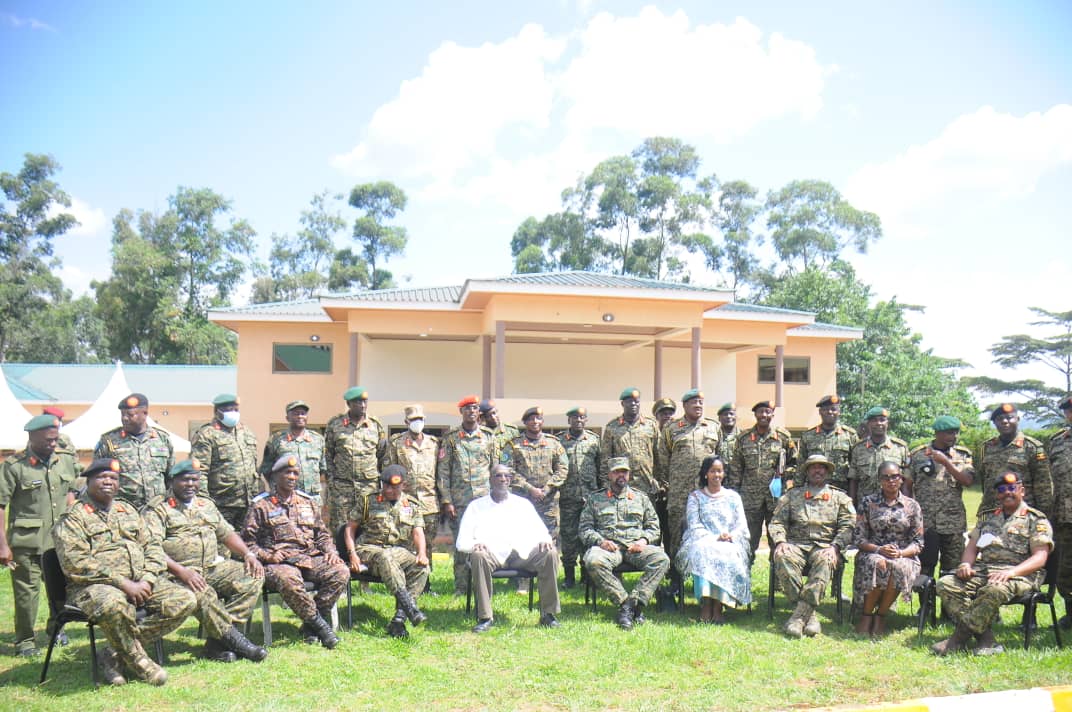