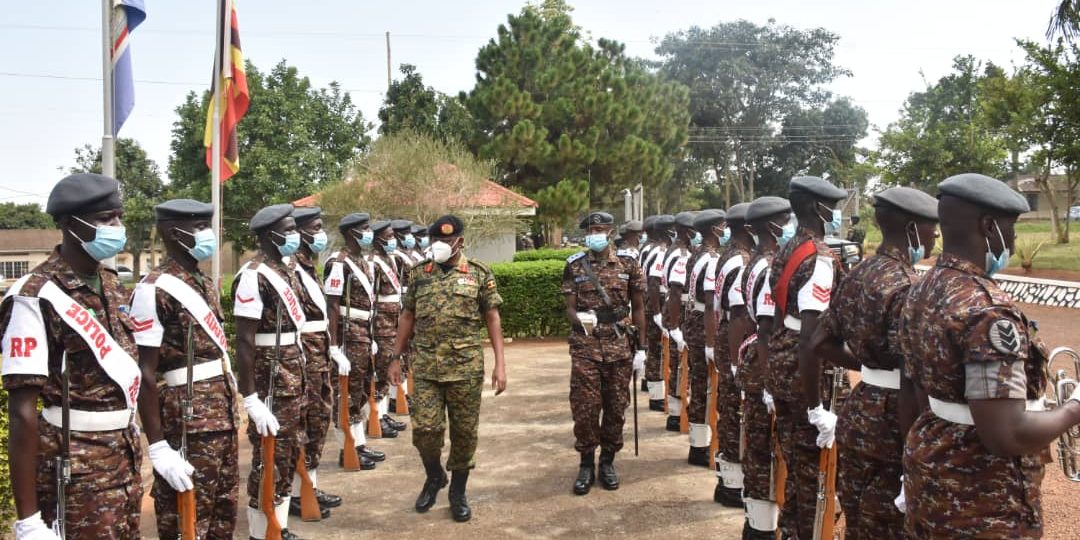 The Chief of Defence Forces (CDF) Gen Wilson Mbadi has today presided over the handover/takeover of the Deputy Commander Airforce from Maj Gen Geoffrey Katsigazi to Maj Gen Charles Okidi and Chief of Staff Airforce from Maj Gen Okidi to Brig Gen David Gonyi at a function held at Air Force headquarters in Entebbe. 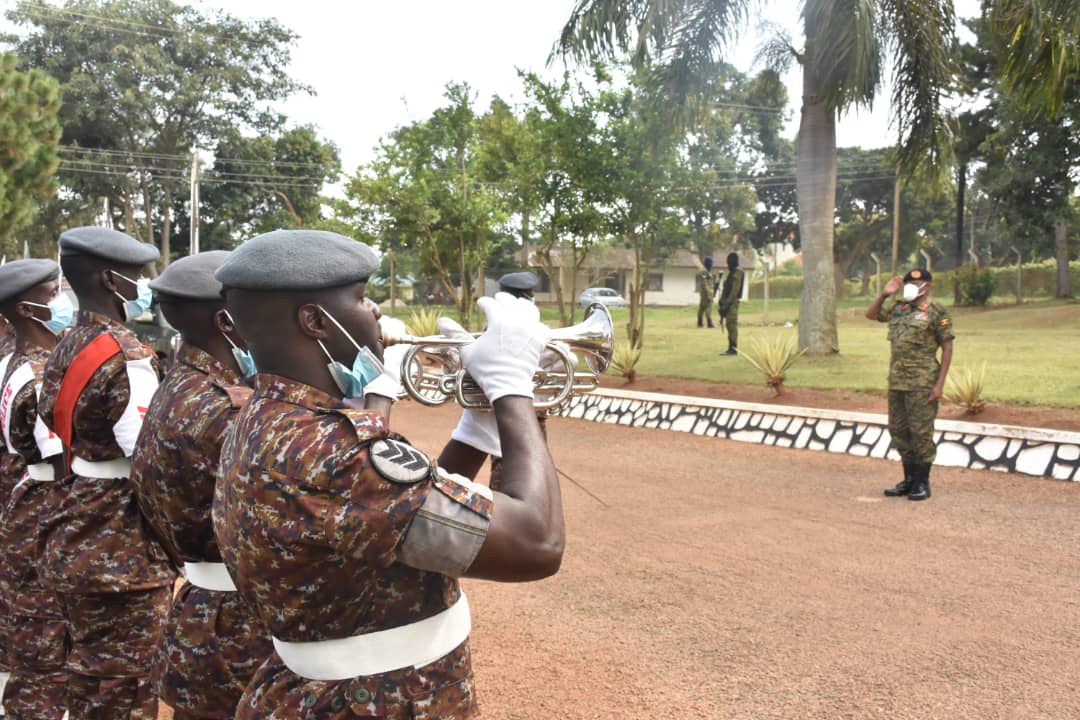 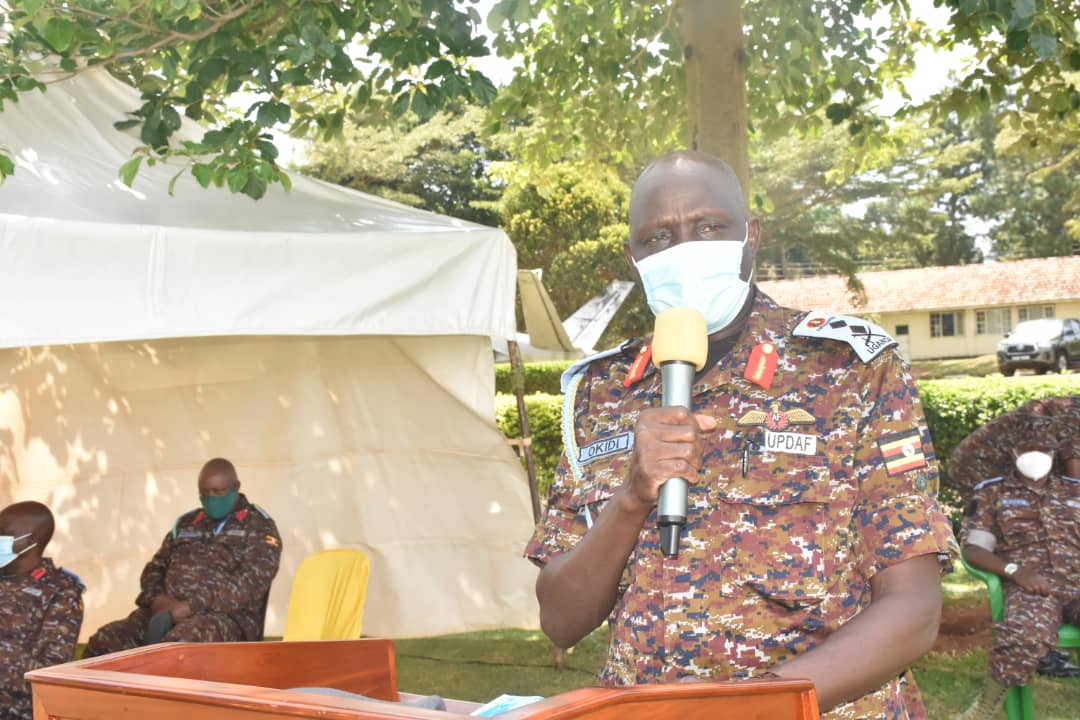 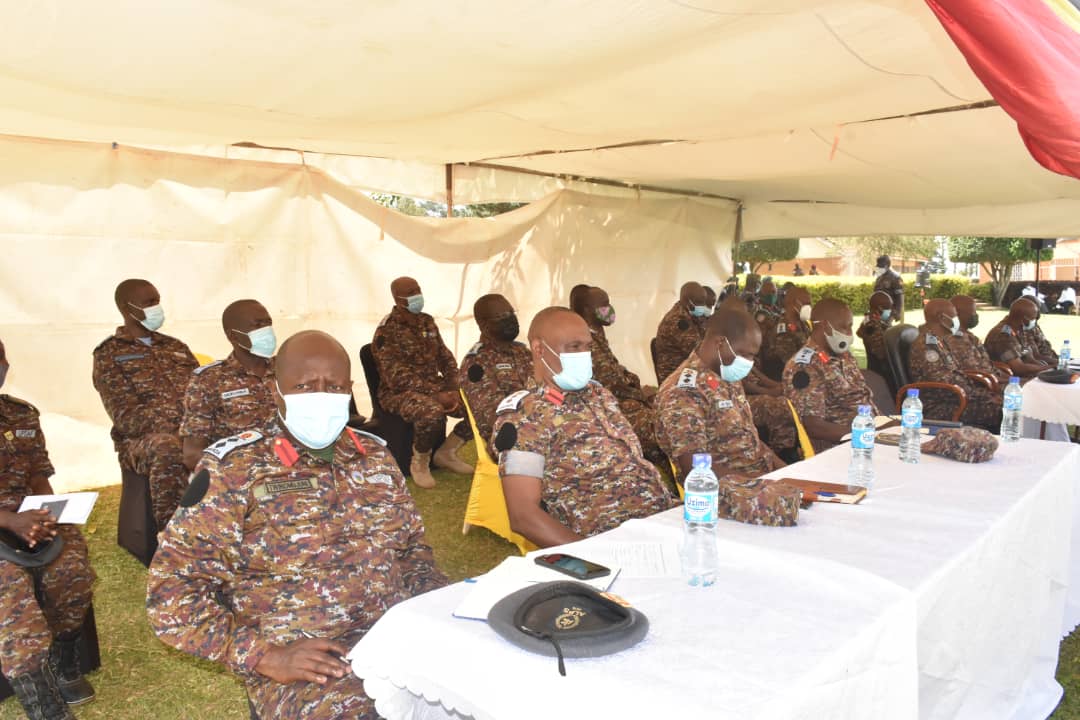 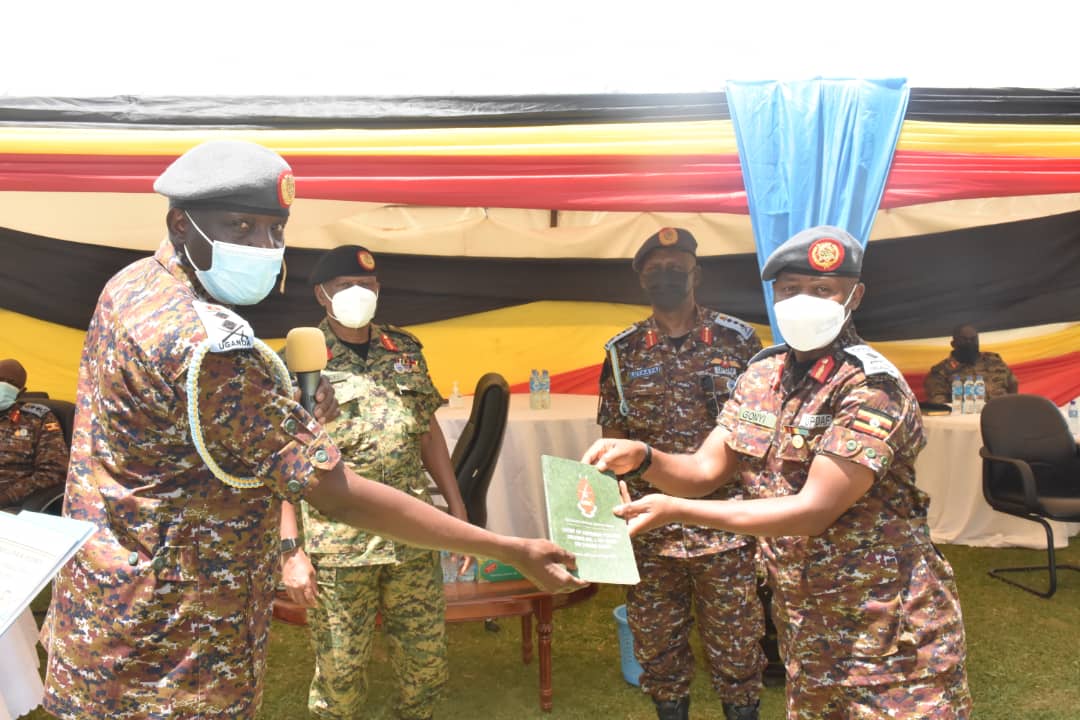 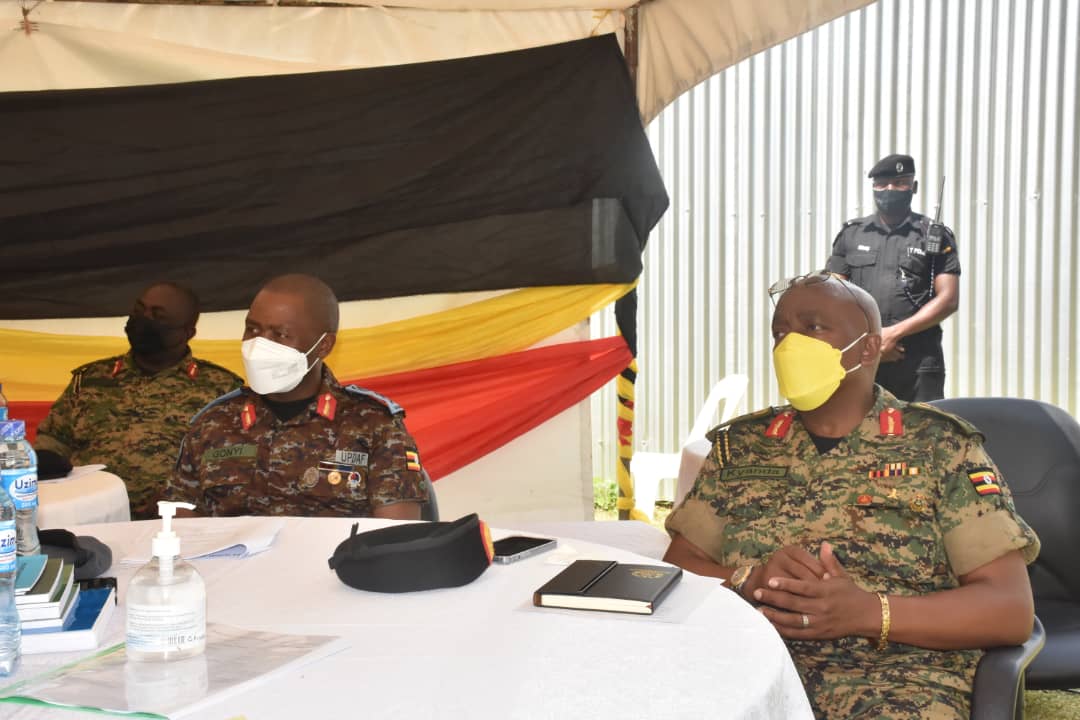 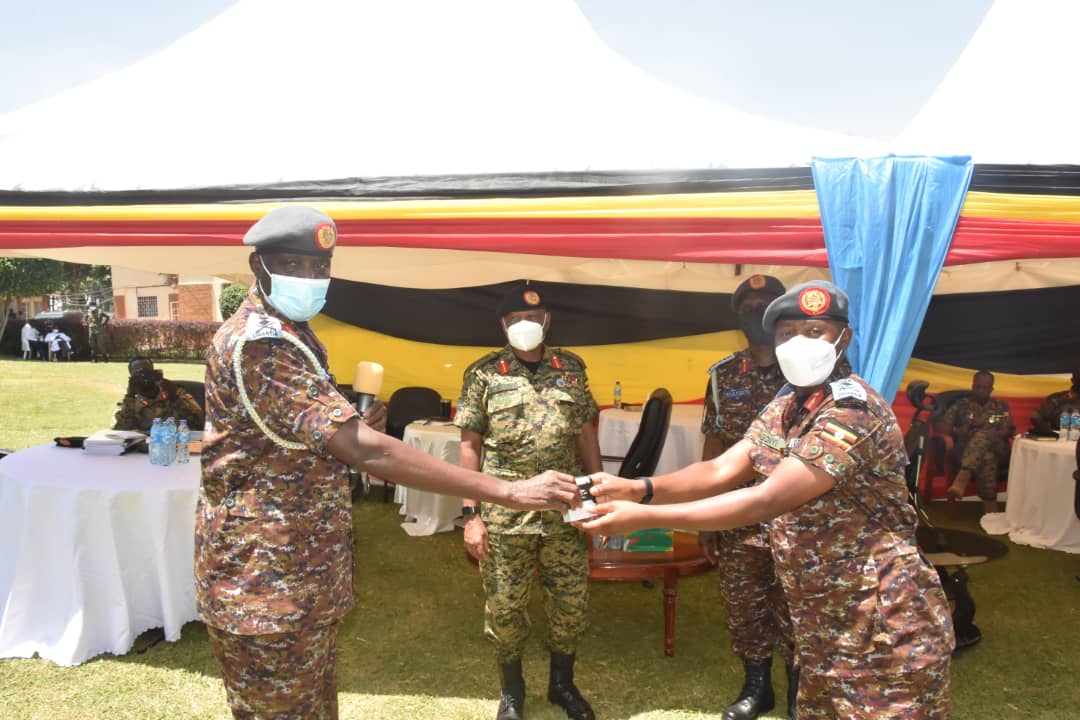 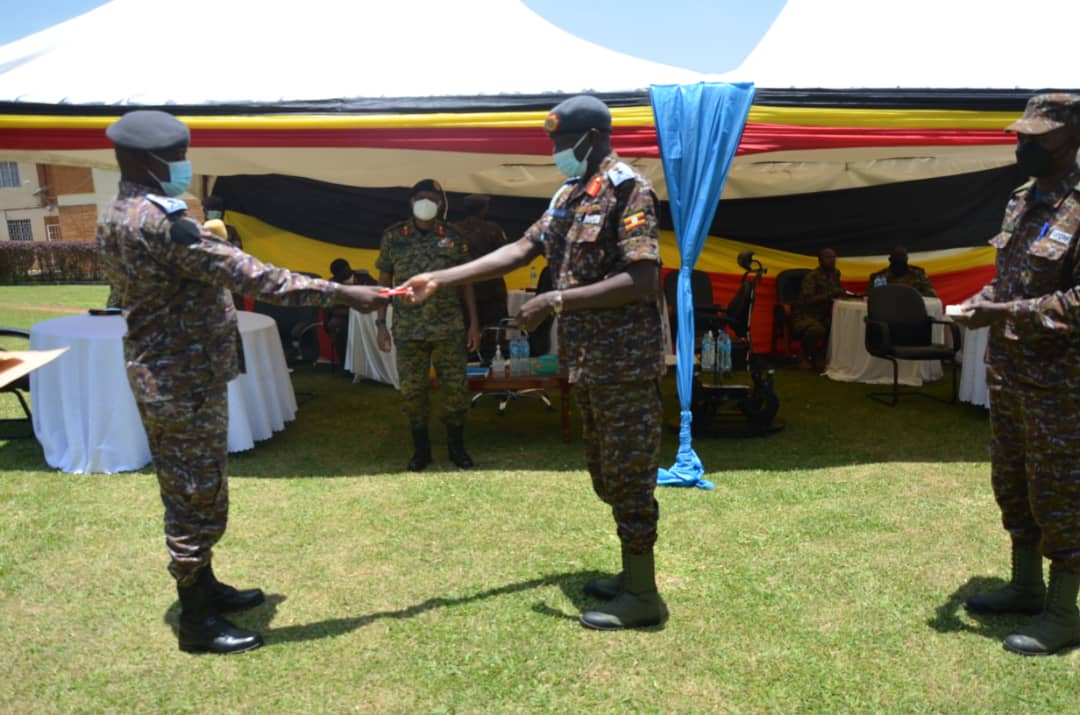 In his remarks, the CDF said the appointments are a sign of confidence that the appointing authority have in the General Officers.

Gen Mbadi assured them that appointments come with extra responsibility although they are all manageable. He further emphasized that handovers are symbols of accountability and urged them to continue the spirit of team work and discipline as core values because that’s the only way we can effectively protect the Wings of Uganda.

He congratulated the newly appointed Officers and wished them the best of luck in their new assignments.

The Commander Air force Lt Gen Lutaaya said the outgoing Deputy CAF Maj Gen Katsigazi was very instrumental and very active while at Airforce and his expertise will surely be missed.
He welcomed his Deputy Maj Gen Okidi and his Chief of Staff Brig Gen Robert Gonyi adding that this was a suitable choice that will propel Airforce to greater heights.

The outgoing Deputy Commander of Airforce Maj Gen Katsigazi thanked the Commander in Chief Gen Yoweri Museveni for recognizing his contributions to security through various appointments including his new appointment as the Deputy Inspector General of Police.

Gen Katsigazi further thanked the Commander Airforce Lt Gen Lutaaya for his guidance during his time as his Deputy and wished the incoming good luck.

Both the newly appointed Deputy Commander and Chief of Staff Airforce thanked President Museveni and the UPDF leadership for entrusting them with big offices.

They pledged their commitment and support to the Commander in Chief and UPDF leadership in order to fulfil the strategic objectives of UPDF-AF.

The New Commanders were appointed by the Commander in Chief on 17th March 2022.