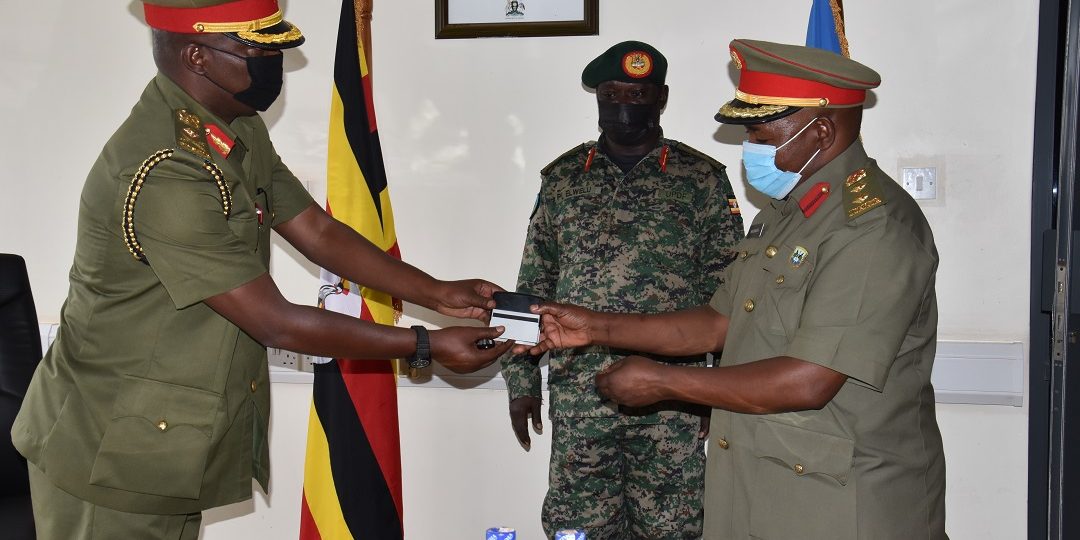 The Deputy Chief of Defence Forces (D/CDF) Lt Gen Peter Elwelu has today, in Mbuya, presided over the handover-take over ceremony of the Deputy Chief Military Intelligence; from Brig Gen Charles Asiimwe to Col Abdul Rugumayo following the latter’s appointment by His Excellency the President on the 17th March 2022. 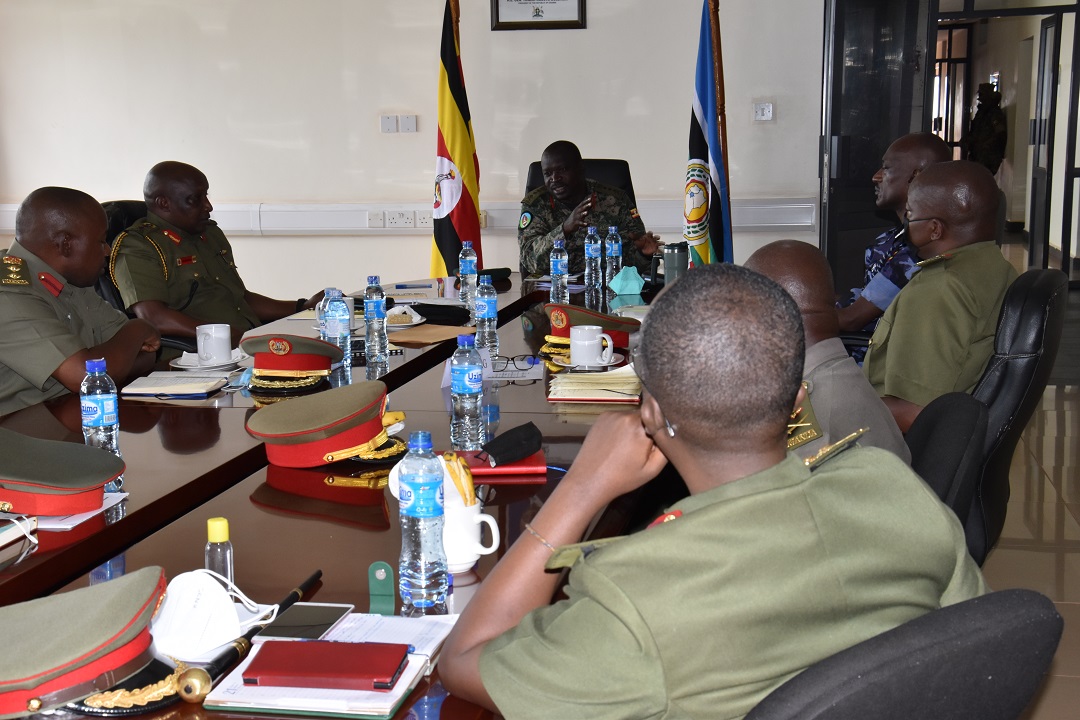 Gen Elwelu stressed that “Work is work” urging for comradeship, teamwork and tasked members to support each other to achieve the ultimate goal as they work. “Always live as brothers but not enemies,” he said.

He cautioned against the young generation that thinks it has seen it all and wants to realize everything very quickly.

He advocated for vigilance at all times while saying the state hasn’t reached where it is supposed to be. “Once intelligence sleeps, the country is blind” he added.

He thanked the outgoing Deputy Chief for doing great work for the time he served in the institution and urged members to work hard and leave in place a stable country for the young generation to take over.

He wished the incoming Deputy Chief the best of success at work with his senior the CMI and the rest of the comrades as they work for the country the region and the continent at large. 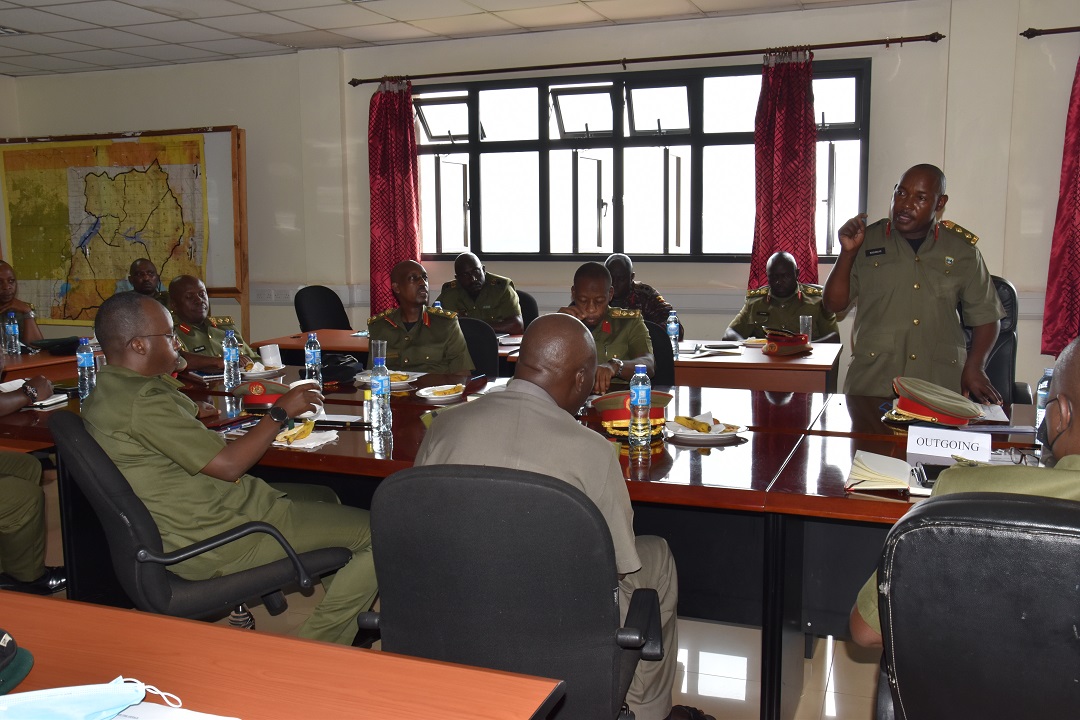 This was while handing over a report to acquaint the incoming with the formal duties of CMI, the general security situation both internal and external of the country and military intelligence and its organizational structure among others.

Col Abdul Rugumayo pledged availability in terms of work, time and priority for the army and state, given the experience that he has attained in administration while serving his country.

He added that he is honoured to be among the few identified, selected and seconded by the army leadership to take over the office. He thanked God for seeing him rise in rank and other activities and also thanked the army leadership for the faith always entrusted in him. 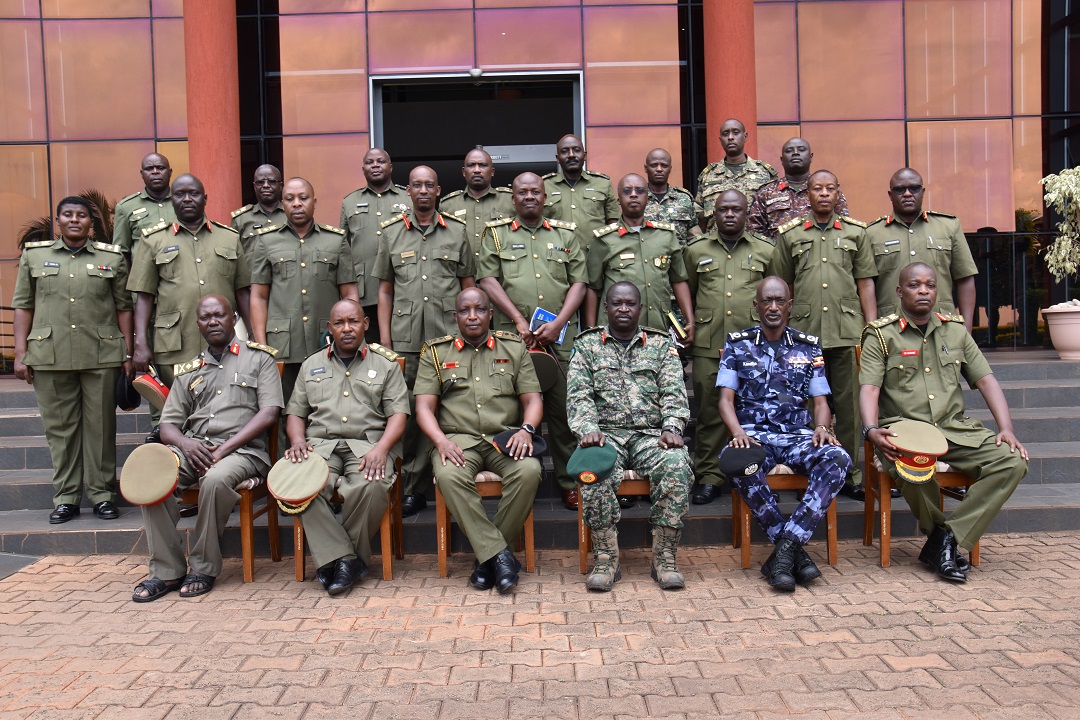