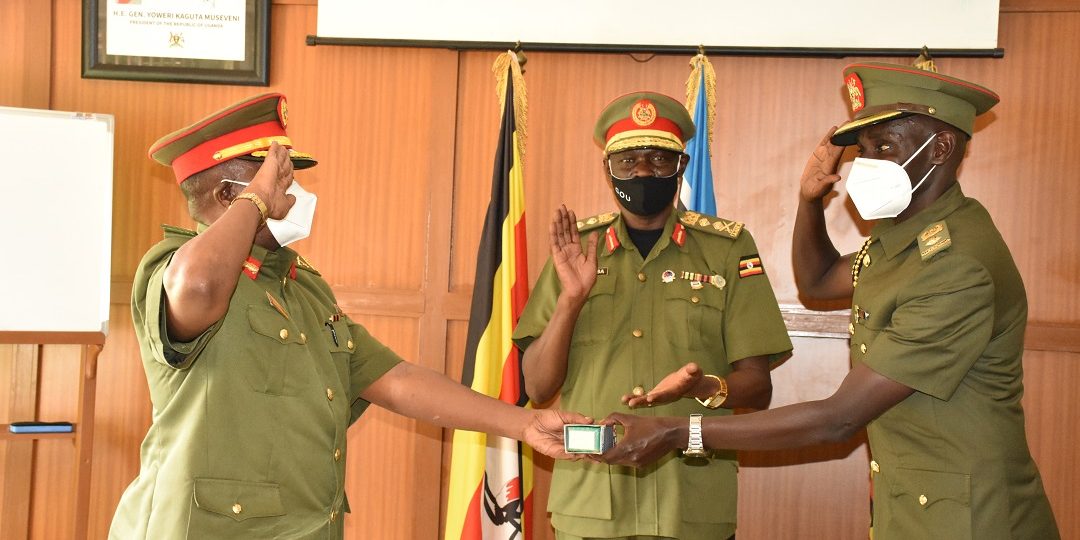 Brig Gen Felix Kulayigye has today assumed office as the Defence Spokesperson following his appointment by the Chief of Defence Forces on 04/02/2022. Brig Gen Kulayigye takes over from Deputy Spokesperson Lt Col Ronald Kakurungu who has been serving in acting capacity since last month. 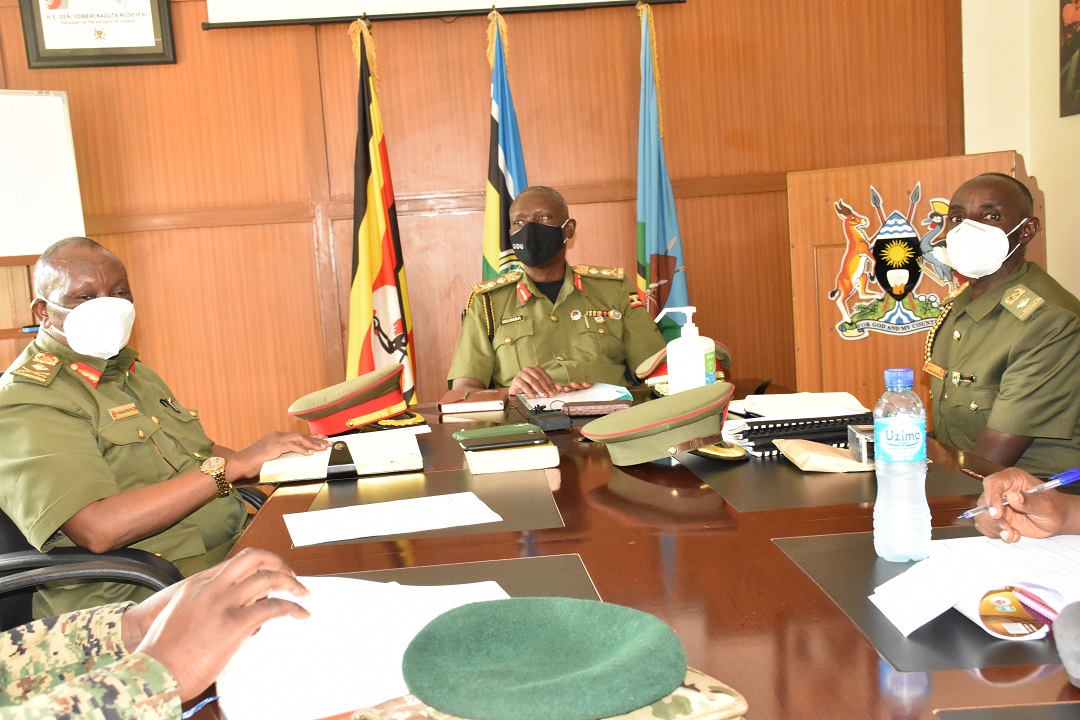 The Chief of Personnel and Administration, Maj Gen George Igumba while presiding over the handover/takeover ceremony called upon Brig Gen Felix Kulayigye to steer the office towards greater height, given that he is known for his enthusiasm and charisma.

“Bringing back Brig Gen Kulayigye is to add flavour and vigour to what has already been provided. The dynamics have changed and the paradigm has shifted but I remain confident that you will fit in the shoes of those who have been here before you and considering that you have been in the same job before,” Maj Gen Igumba said. Brig Gen Kulayigye previously served as Defence Spokesperson between 2005 and 2013.

Maj Gen Igumba thanked Lt Col Ronald Kakurungu for having measured up to his duties as Acting Spokesperson. “You have been able to hold fort for close to 2 months and by my standard, you have done well”, Maj Gen Igumba added. 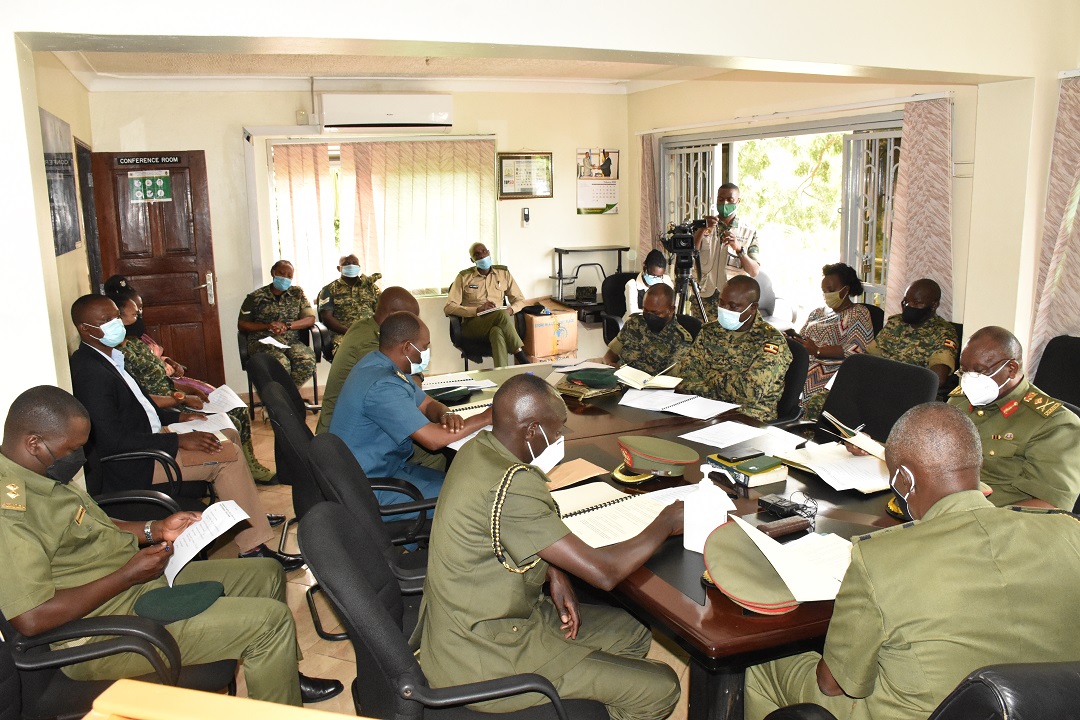 The incoming Defence Spokesperson, Brig Gen Felix Kulayigye in his remarks thanked the appointing authority for the trust and confidence in him for this appointment. He equally thanked Lt Col Ronald Kakurungu for steering the office during the period he was serving in acting capacity.

Brig Gen Kulayigye noted that the change in the times calls for teamwork, vigilance and maximum co-operation given that the centre of gravity for the government is the UPDF.

The Outgoing Acting Defence Spokesperson, Lt Col Ronald Kakurungu thanked the Ministry and UPDF leadership for entrusting him to the position of Spokesperson and in the same spirit congratulated Brig Gen Kulayigye on his appointment and wished him the best during his tour of duty. 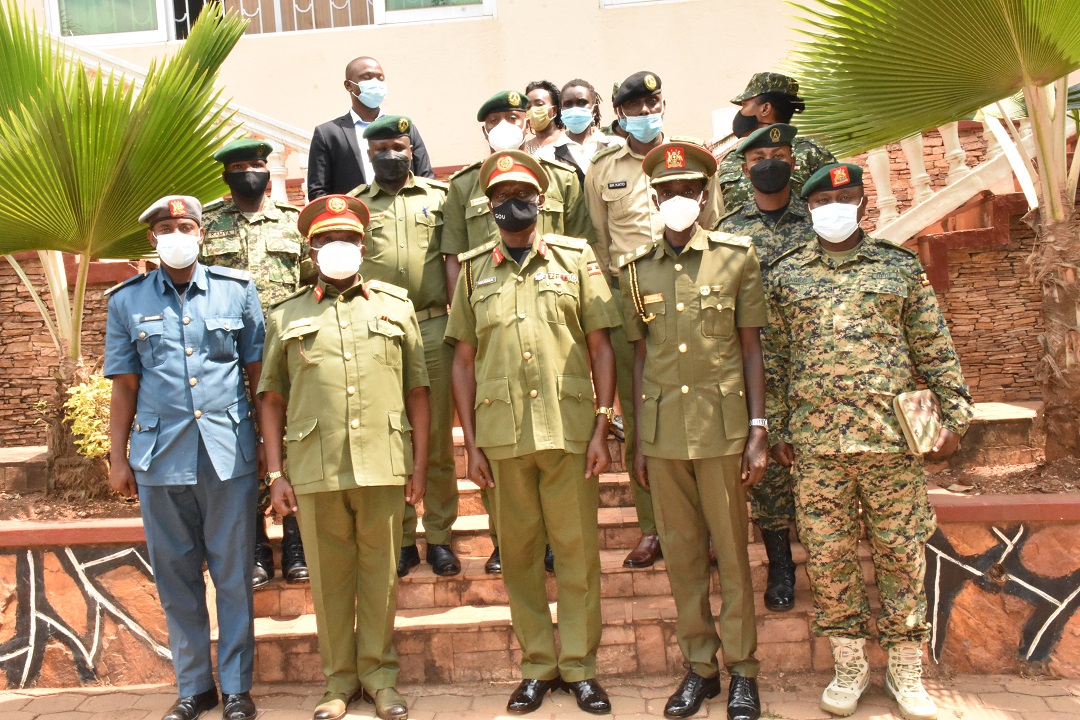 The handover was attended by the UPDF Land Forces Spokesperson, Lt Col Chris Magezi, the Air force Spokesperson, Maj Edward Birungi, Public Relations Officers from Service Units and Staff from the Office of the Defence Spokesperson.