Presiding over at the function in Makindye, the Chief of Defence Forces Gen Wilson Mbadi called upon Brig Gen Mugabe to continue using Lt Gen Andrew Gutti as his consultant, while executing his duties.

Gen Mbadi added that, the incoming Chairman should always consult the UPDF top leadership and also work with his team in order to accomplish the tasks at hand.

Gen Mbadi noted that he recognises the real effectiveness of the judicial authority that lies in the respect and acceptance that the public accords the UPDF while exercising the judicial duty, the order to strengthen the rule of law to protect human rights and freedoms to enhance and maintain public confidence in the military justice system. General Mbadi lauded that article 126[2] of the Uganda Constitution mandates UPDF to try different categories of cases without discrimination and to expeditiously dispense justice and determine adequate remedies to victims.

The General court Martial is created by the UPDF act under section 197 with and can sit at any place in Uganda and even outside Uganda wherever UPDF is deployed, the CDF said. 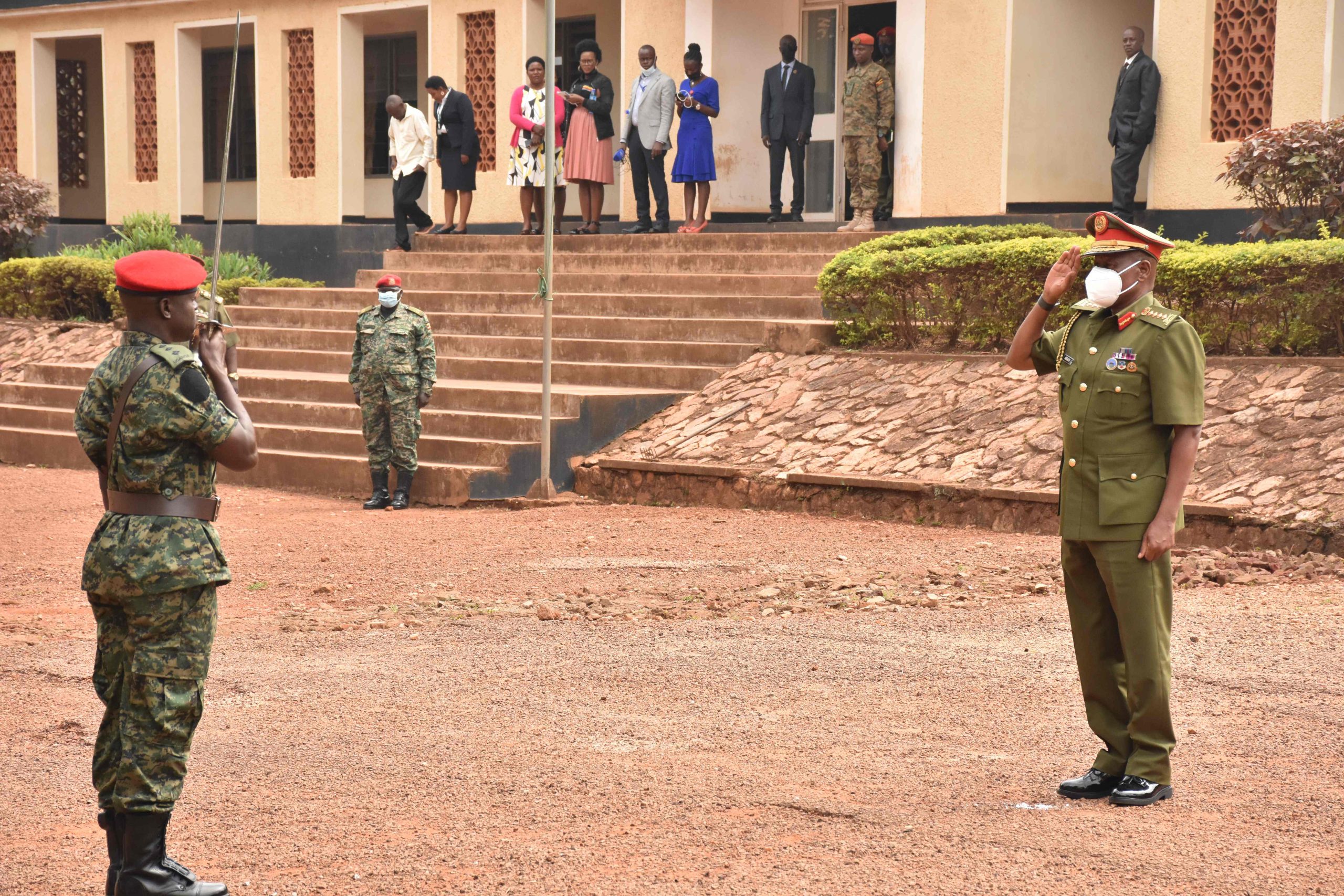 CDF Gen Wilson Mbadi receiving a salute from a guard of honour mounted at the General Court Martial, Makindye

Quoting the Biblical book of 2 Corinthians 8: 20-21, he implored each and every one to execute their duties diligently in line with the UPDF mandate and to refrain from acts that lead to public mistrust of the UPDF institution.

The incoming Chairman Brig Gen Mugabe thanked UPDF for entrusting him with another assignment to serve in one of the key appointments in the forces. Gen Mugabe also promised to work hand in hand with the former Chairman and his team in order to accomplish the assigned duties.