The Deputy Commander Land Forces of UPDF, Maj Gen Sam Okiding today presided over the ceremony in which Brig Gen Eriazake Okolong handed over office to Brig Gen David Mugisha as second in Command of the 3 Infantry Division based in army barracks, Moroto District. 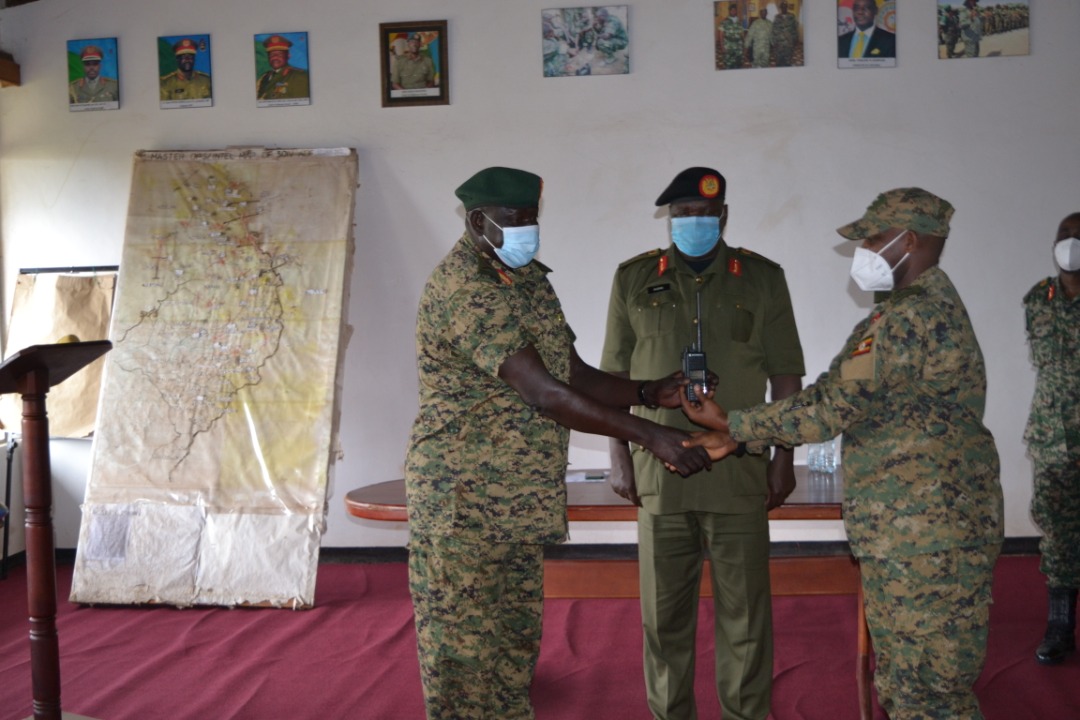 “Transfers and appointments are routine exercises in the military. I welcome Brig Mugisha and wish his predecessor, Brig Okolong the best while at Land Forces Headquarters” remarked Gen Okiding.

He thanked the officers for team building and cooperation which should be extended to incoming commander as well. He stressed for the need to continue upholding the conscious discipline (one of UPDF core values) as opposed to mechanical one. 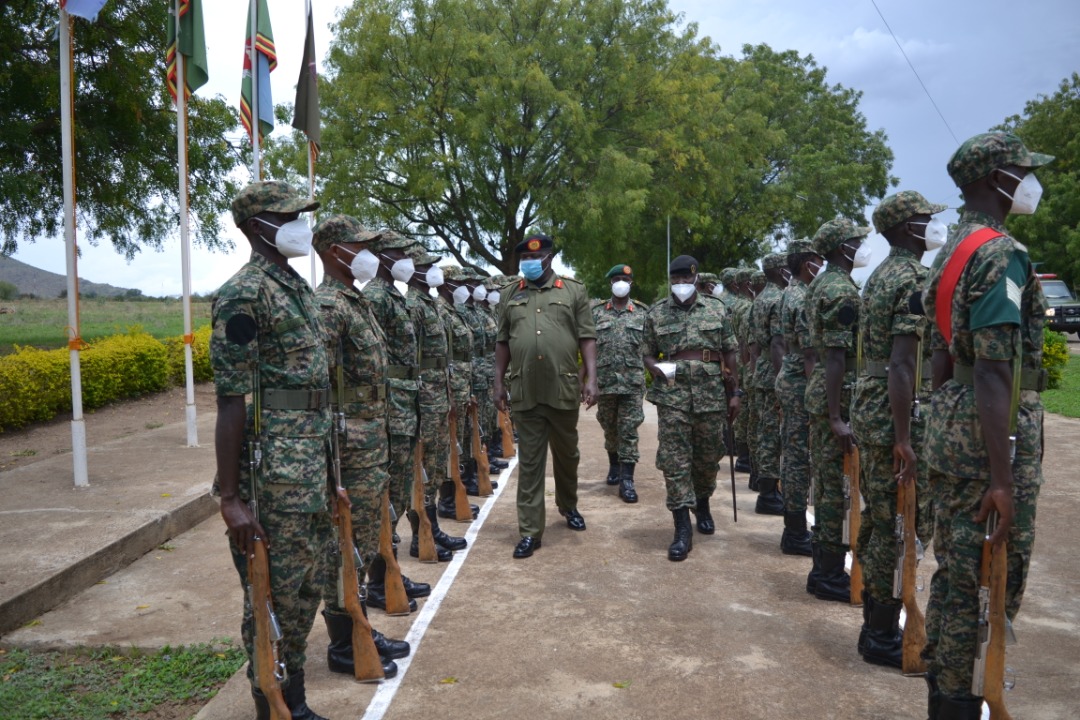 Gen Okiding noted that accommodation as an aspect of welfare is being addressed since construction projects, notably at 403 Brigade are earmarked and will roll out to other units gradually in the subsequent financial years.

The outgoing second in command, Brig Gen Okolong thanked the UPDF leadership and Division Commander for the tactical guidance and cooperation exhibited by both subordinate commanders and staff officers that enabled him add a positive energy towards execution of his tasks during the tenure of office. In his acceptance remarks, Brig Gen Mugisha extended sincere gratitude and extreme joy to the appointing authority and UPDF strategic leadership for trust put in him to execute noble tasks as second in command.

“The tasks ahead of us are enormous but manageable through team work, unity of effort and guidance from the top-notch leadership, will enable us prevail with outstanding achievements as a whole” he acceptably remarked. 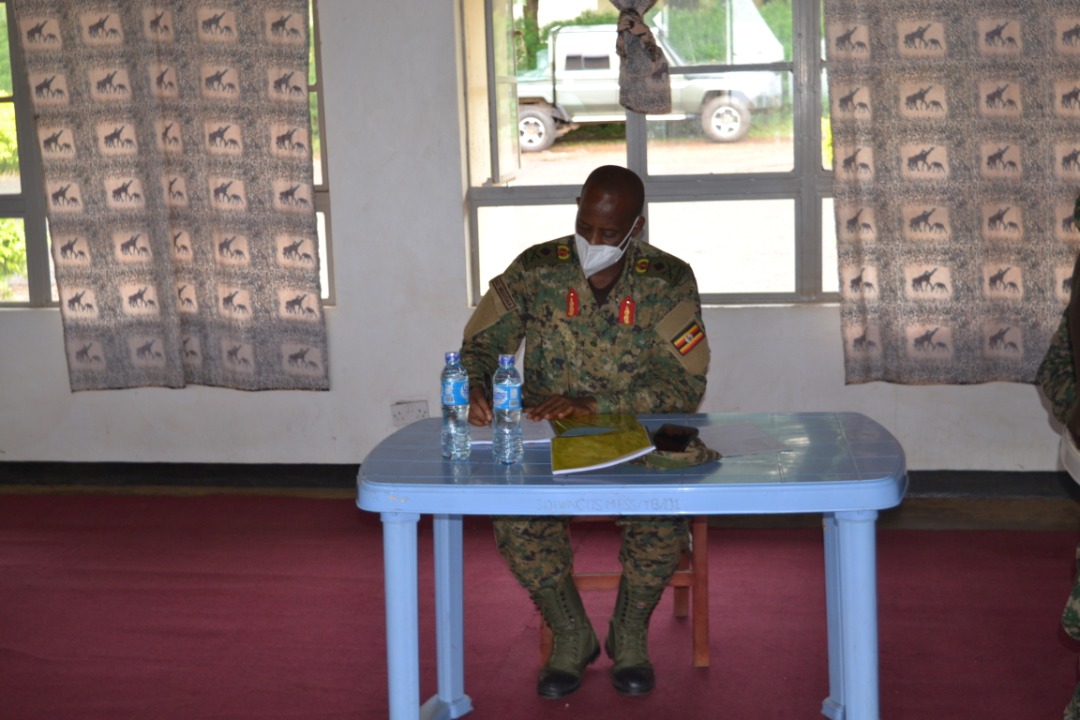 He applauded the leadership of 3 Infantry Division for the overwhelming work being done and called for continuation to meet the desired end state. 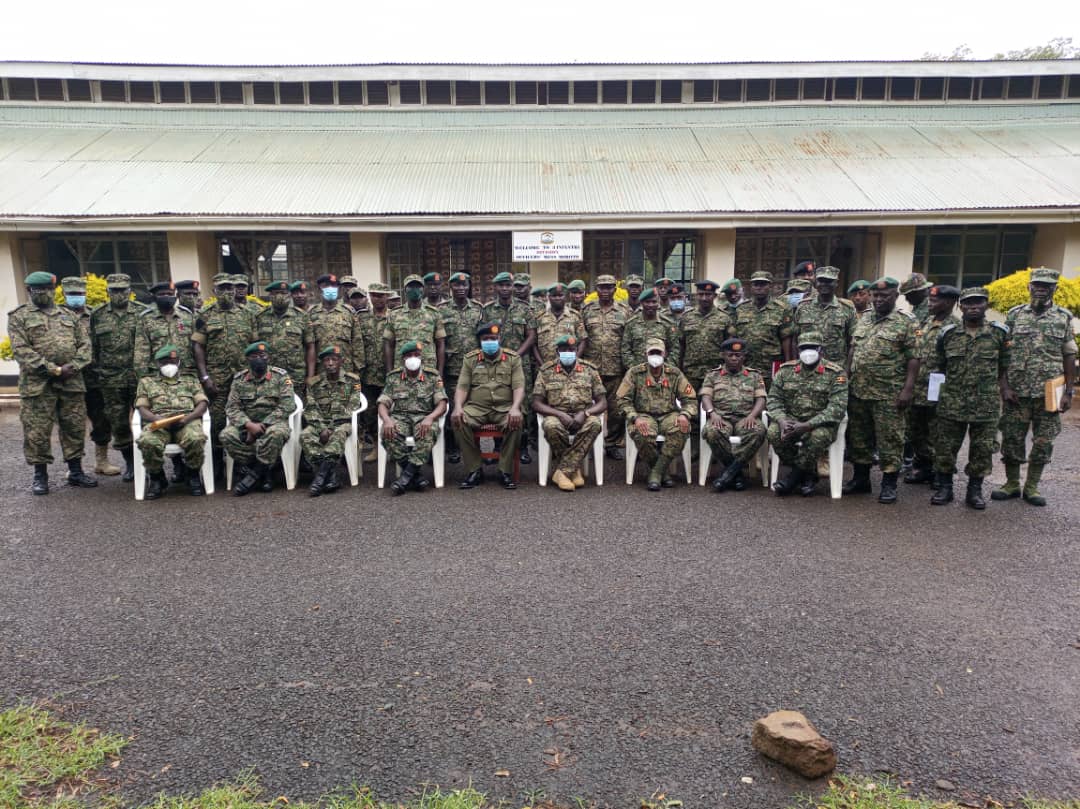 The handover-takeover ceremony was attended and witnessed by: Brig Gen Joseph Balikudembe, the 3 Infantry Division Commander, Brigade Commanders, Commanding officers and key staff officers among others.