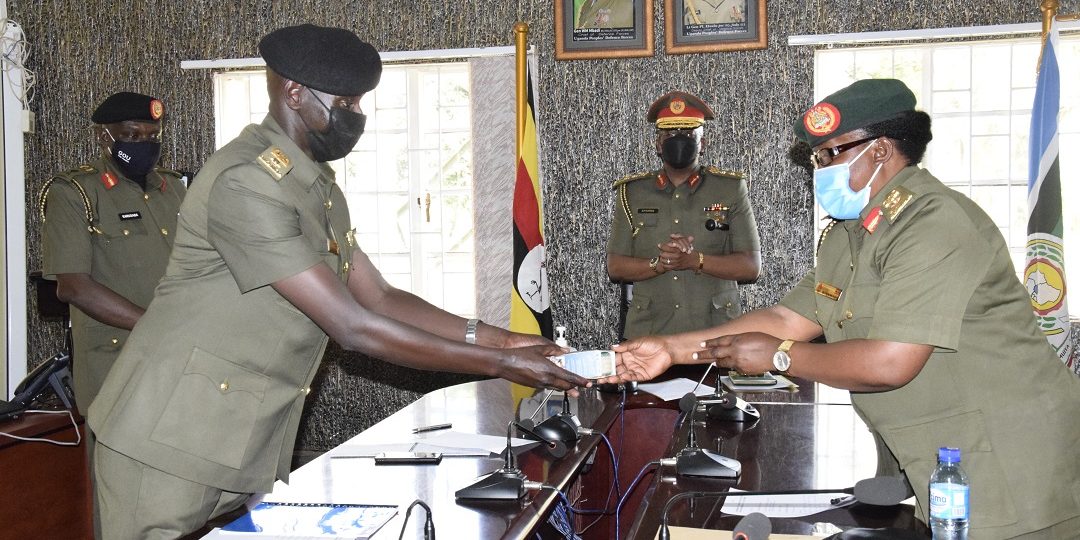 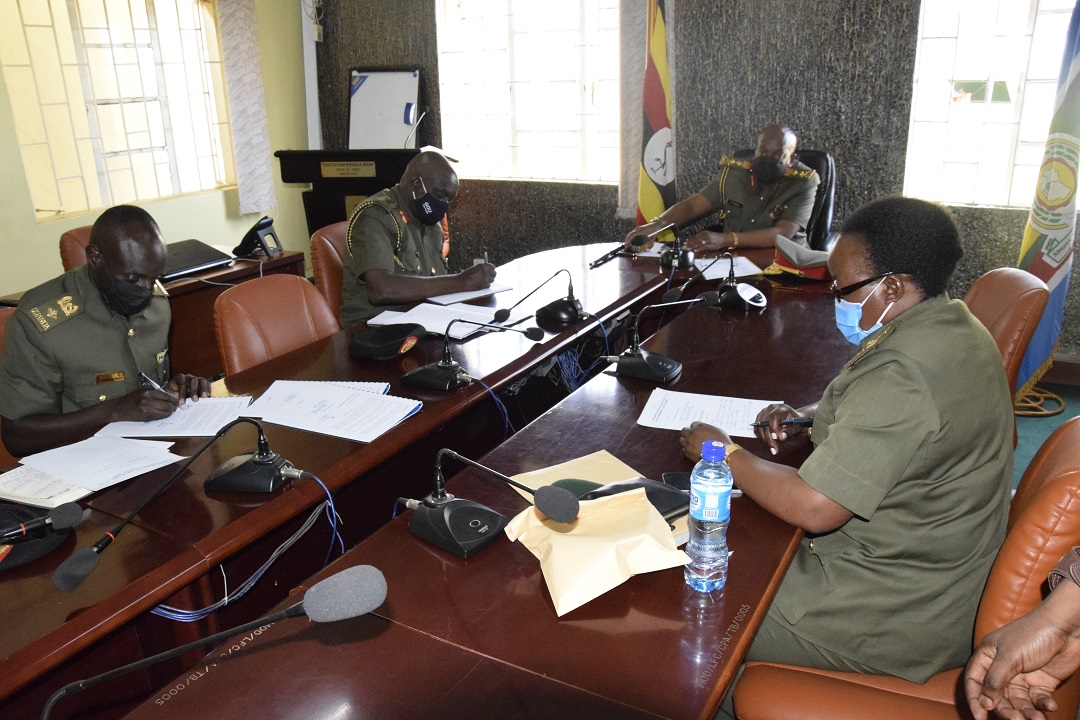 Brig Gen Byekwaso assumed the office in August 2020, as the first female Defence/UPDF Spokesperson in the history of the UPDF.

Presiding over the Handover/Takeover ceremony at Ministry of Defence and Veteran Affairs Headquarters in Mbuya, the UPDF Joint Chief Of Staff Maj Gen Leopold Kyanda congratulated Brig Gen Byekwaso for a job well done. He said she has left a clean slate as the Spokesperson and challenged the incoming to pick up from where she left off and even improve the department and image of Ministry of Defence and UPDF to greater heights. 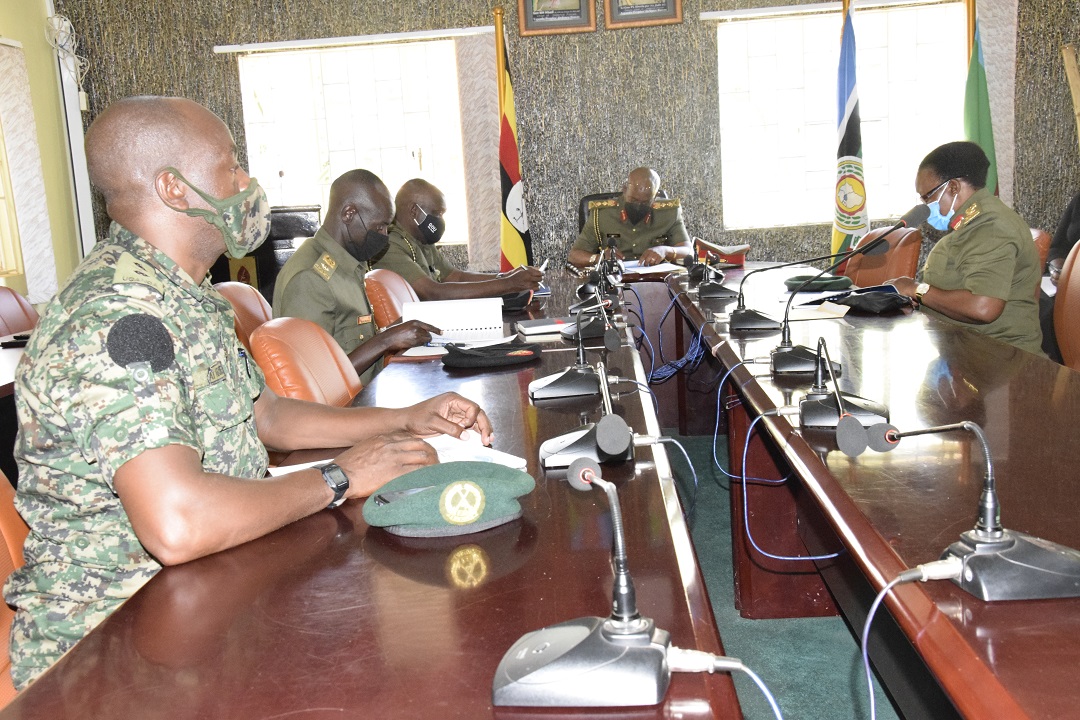 He observed that the Office of the Spokesperson is extremely key because they carry the mandate to speak for the Ministry of Defence and the mighty UPDF, a job that is not light for it requires, timeliness, creativity, proactivity, teamwork, Cooperation with other agencies and a good sense of public relations.

He promised continuous support of the Strategic leadership to the office to make even greater impact.

In her remarks, the outgoing Spokesperson, Gen Byekwaso thanked the Commander in Chief and the UPDF leadership for the confidence bestowed on her to put her at the helm of such a key office and for the support rendered to her during her tenure. She also thanked the MODVA/UPDF leadership for the opportunity accorded to her to attend the prestigious National Defence College as one of the pioneer participants in Uganda.

She applauded her indefatigable staff for the support and team spirit and expressed confidence in the capability of the Incoming Acting Defence Spokesperson.

In his remarks, Lt Col Ronald Kakurungu thanked the leadership for the confidence bestowed on him to hold the position. He thanked the outgoing DSP for the mentoring and opportunities accorded to him to execute given tasks. He also promised to work to the best of his ability in execution of the office mandate and cooperation with all other stakeholders, including the media fraternity. The function was attended by the Deputy Chief of Personnel and Administration Brig Gen Godwin Karugaba, Deputy Director Protocol Lt Col Carol Basaliza, Officers and Staff of the Office of the Defence Spokesperson.

The inaugural National Defence College – Uganda, located in Buikwe District, will open its gates this month and Brig Byekwaso is one of the 18 pioneer participants. 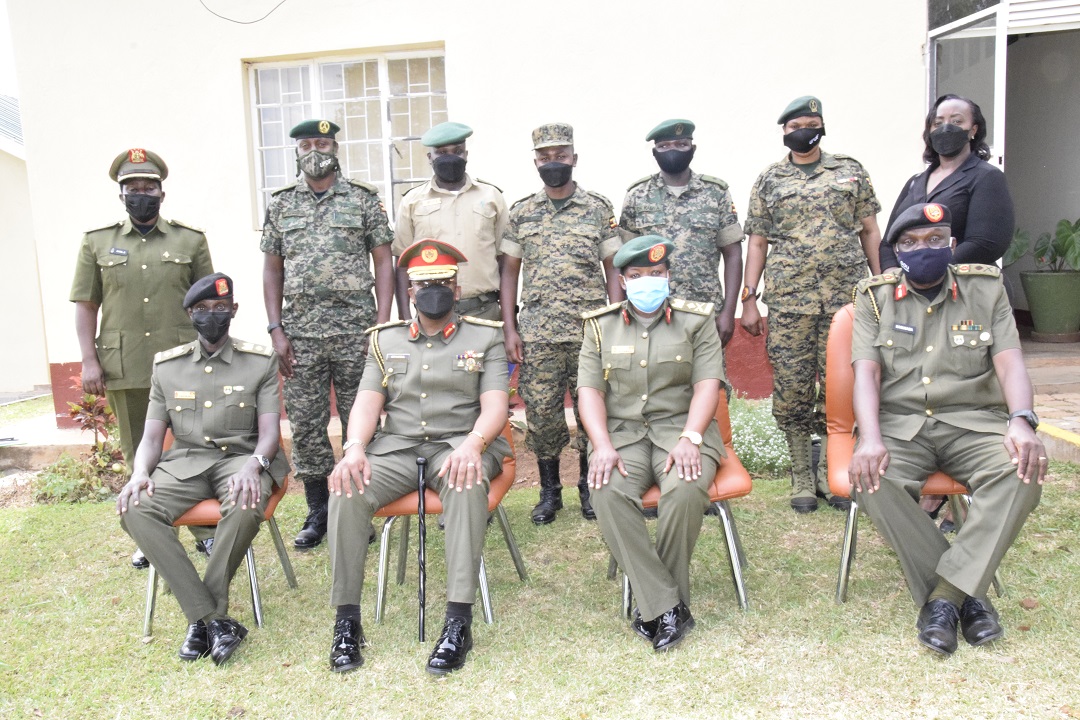