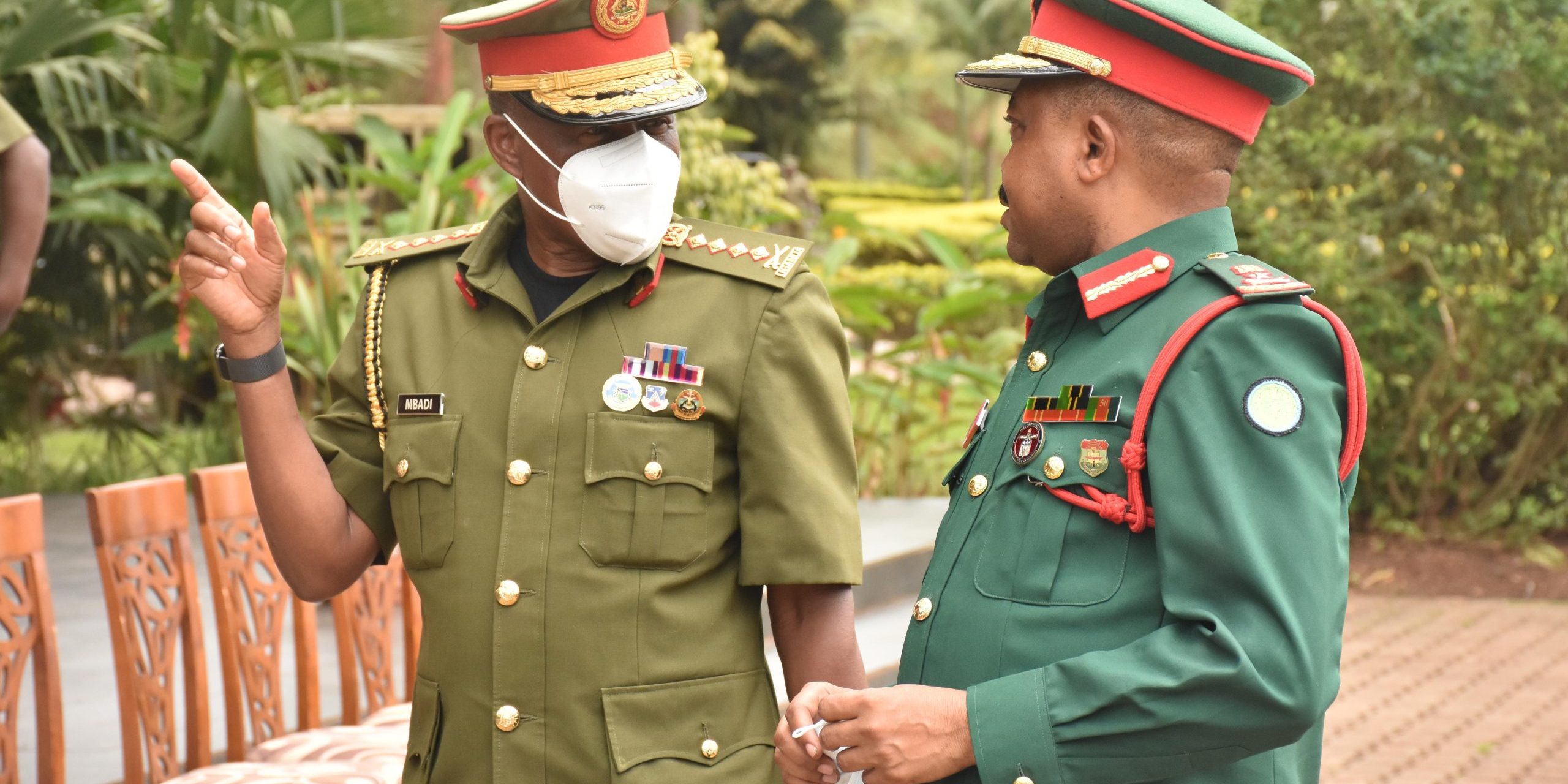 Gen Mbadi made the remarks today while addressing a delegation of Directing Staff and Students from the Tanzania National Defence College (NDC) at the Ministry of Defence headquarters, Mbuya. 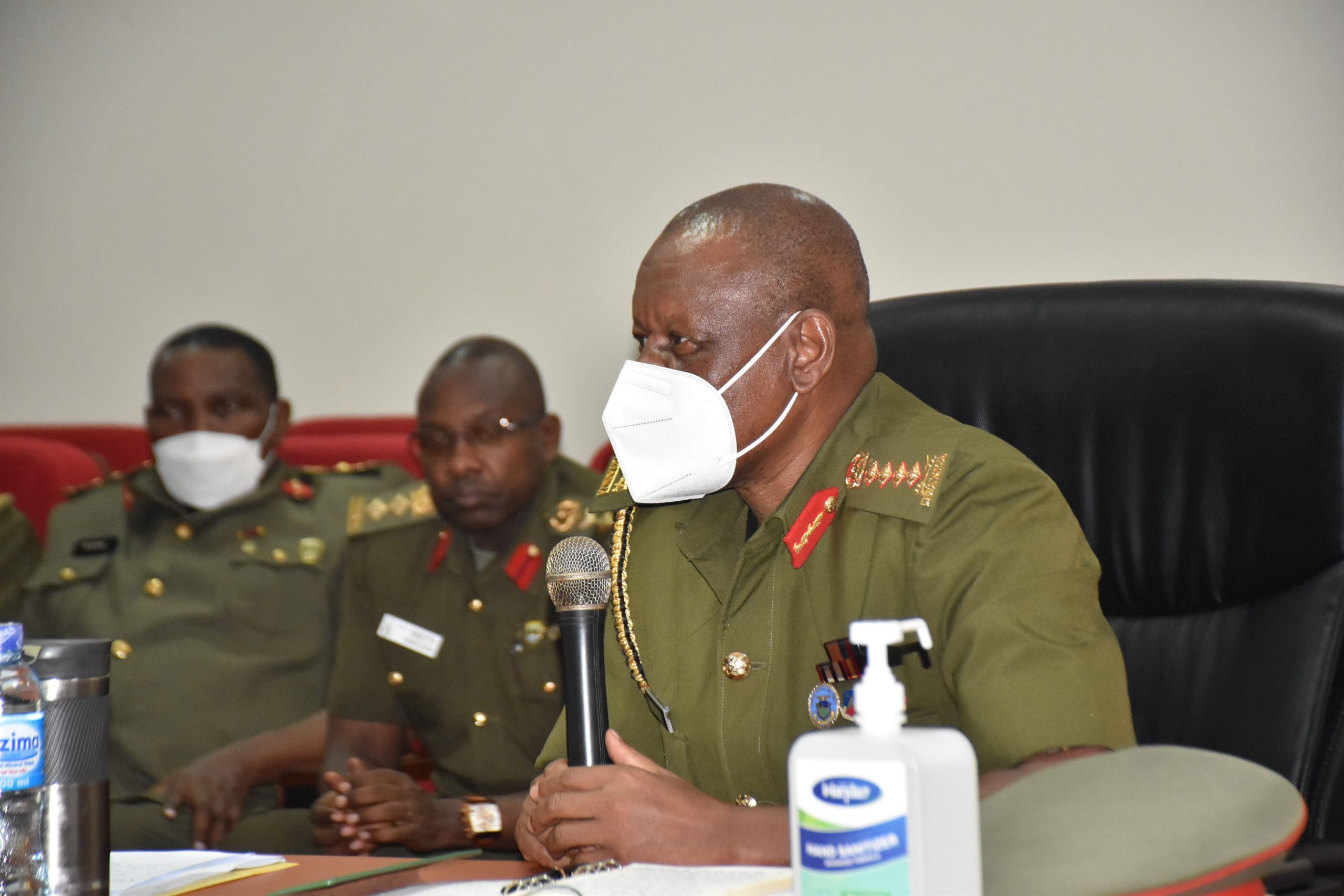 He cautioned them about predatory imperialism and highlighted that we are one and should not be impeaching each other.

He encouraged the course participants to always act as technocrats who advise their bosses and at the same time direct communities. “Someone will always benefit from the confusion generated from the technocrats,” added the CDF.

He asked them to maintain the fundamentals of unity and cooperation inorder to strengthen the regional blocks for survival, deal with security threats and create an environment to be fully harnessed by our communities in the spirit of Pan-Africanism. “We are here to create a political mass. The more we know, the more we create a political mass,” said Gen Mbadi. 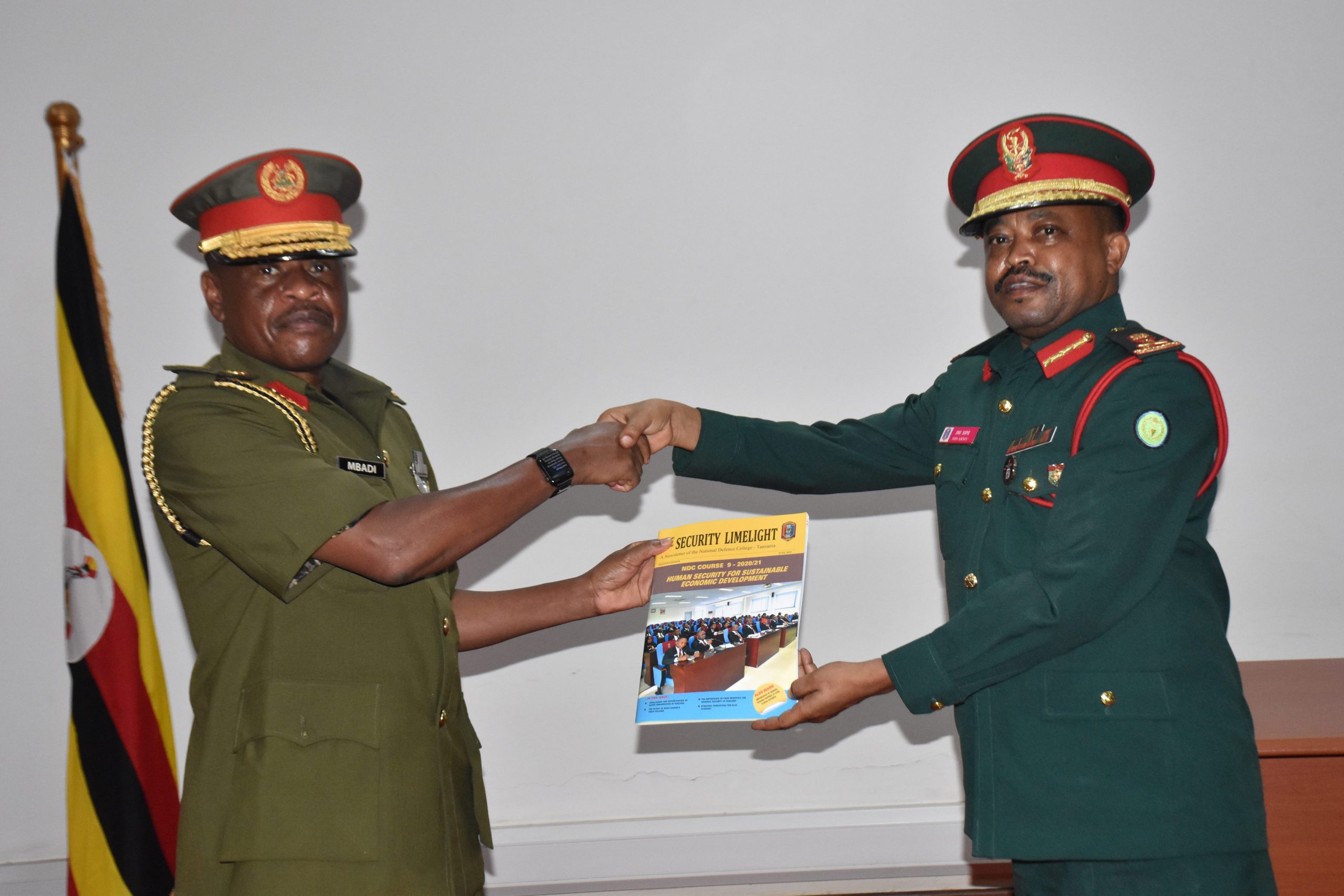 The UPDF Chief Political Commissar, Maj Gen Henry Masiko speaking at the same occasion said that Uganda is like a melting pot. “When you sample a number of languages from Africa, Uganda has at least three of them and indeed deserves to be called the Pearl of Africa.”

He said that Uganda shares a long history with Africa being a pioneer of civilization from pre-colonial, colonial and neo-colonial era and added that most contemporary events in Africa are as an impact of colonialism. 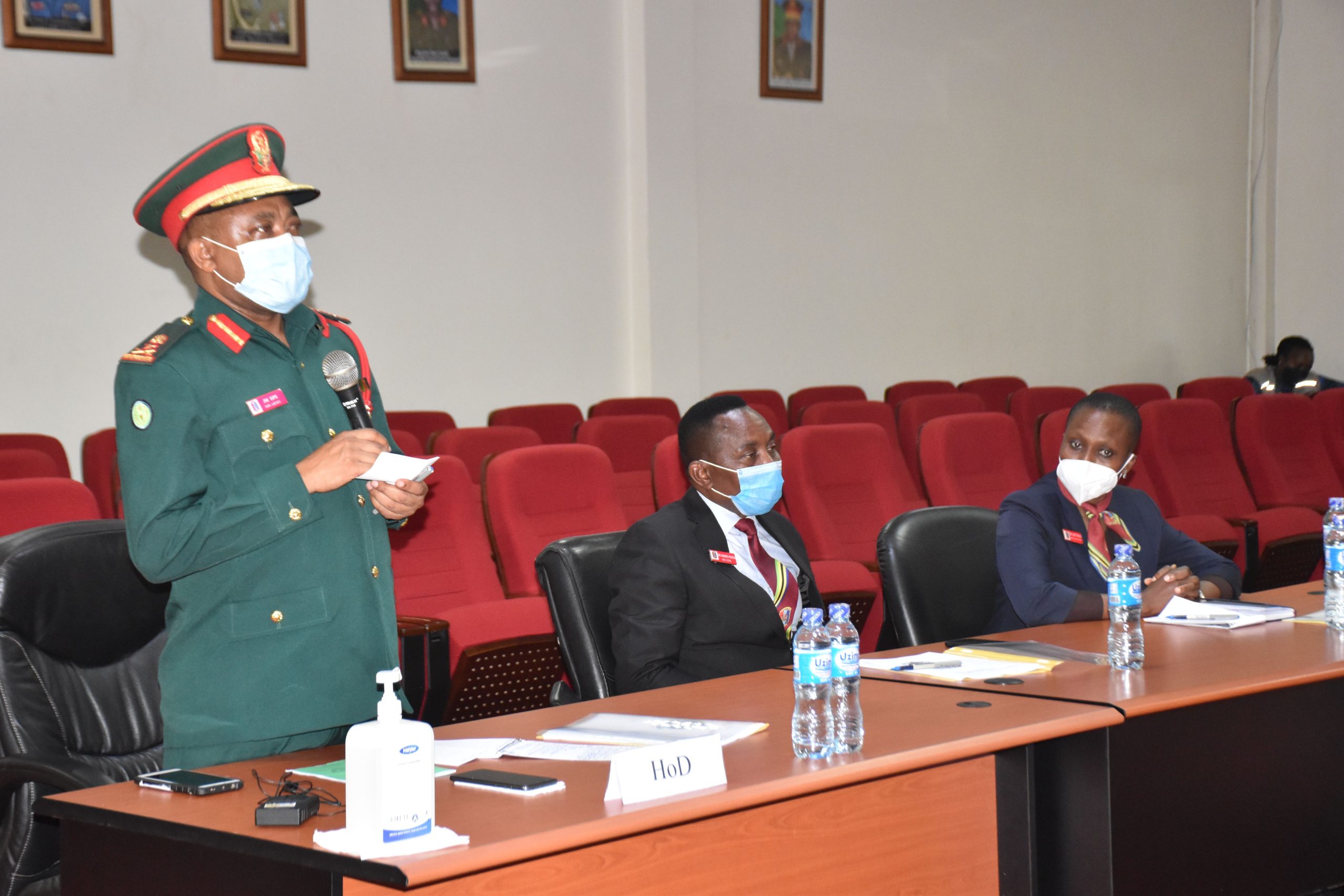 Brig Gen Nkangaa thanked the Government of Uganda and the Chief of Defence Forces for the administrative support given to the course participants during their regional study visit.

He reechoed the call for the Africans to solve African problems and to achieve more as a continent. “Do not solve malaria problem by injection and tablets but know the cause and solve it,” said Brig Gen Nkangaa.

He said this particular visit will not only stay in their minds but the interactions will also be shared and implemented in their country. 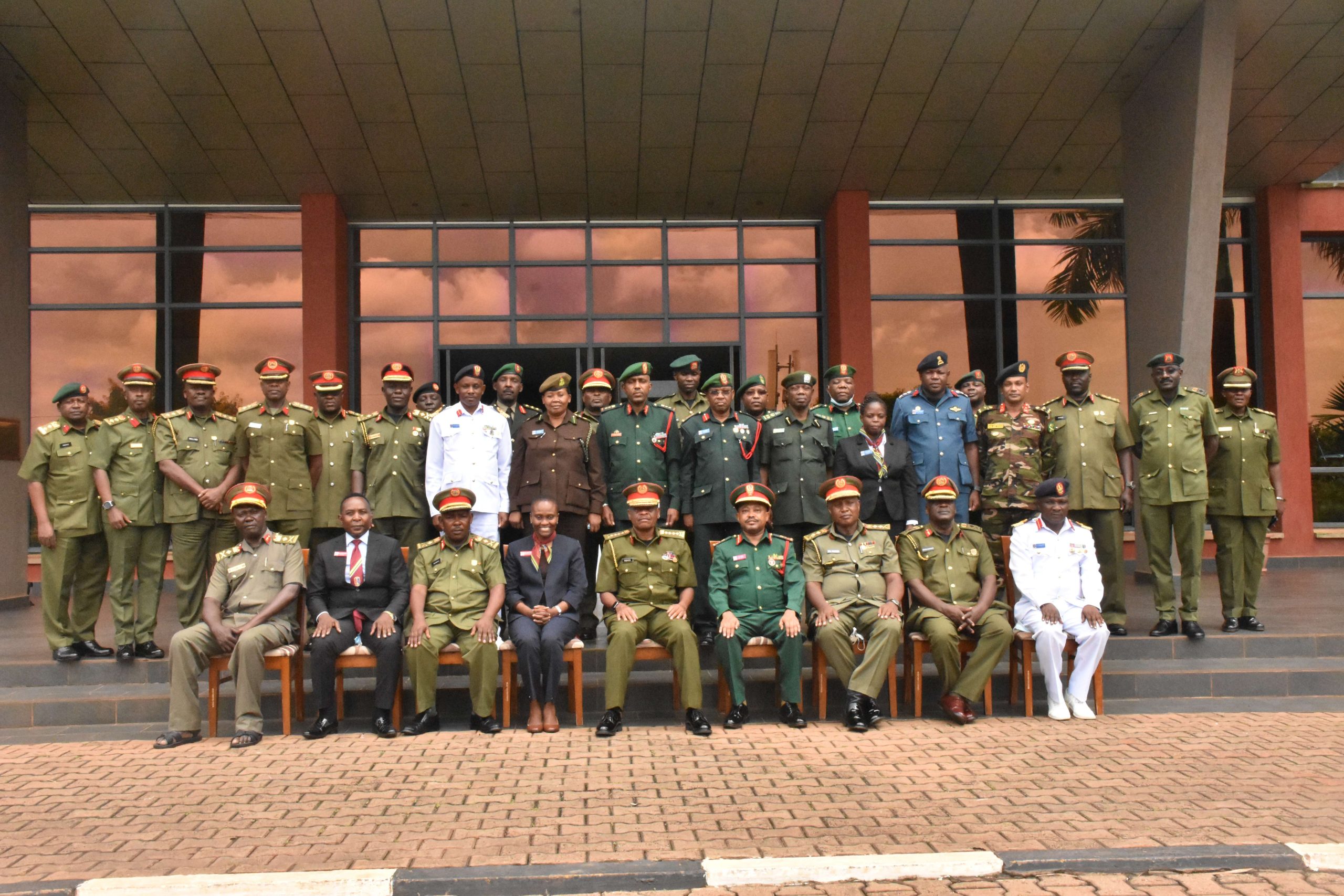